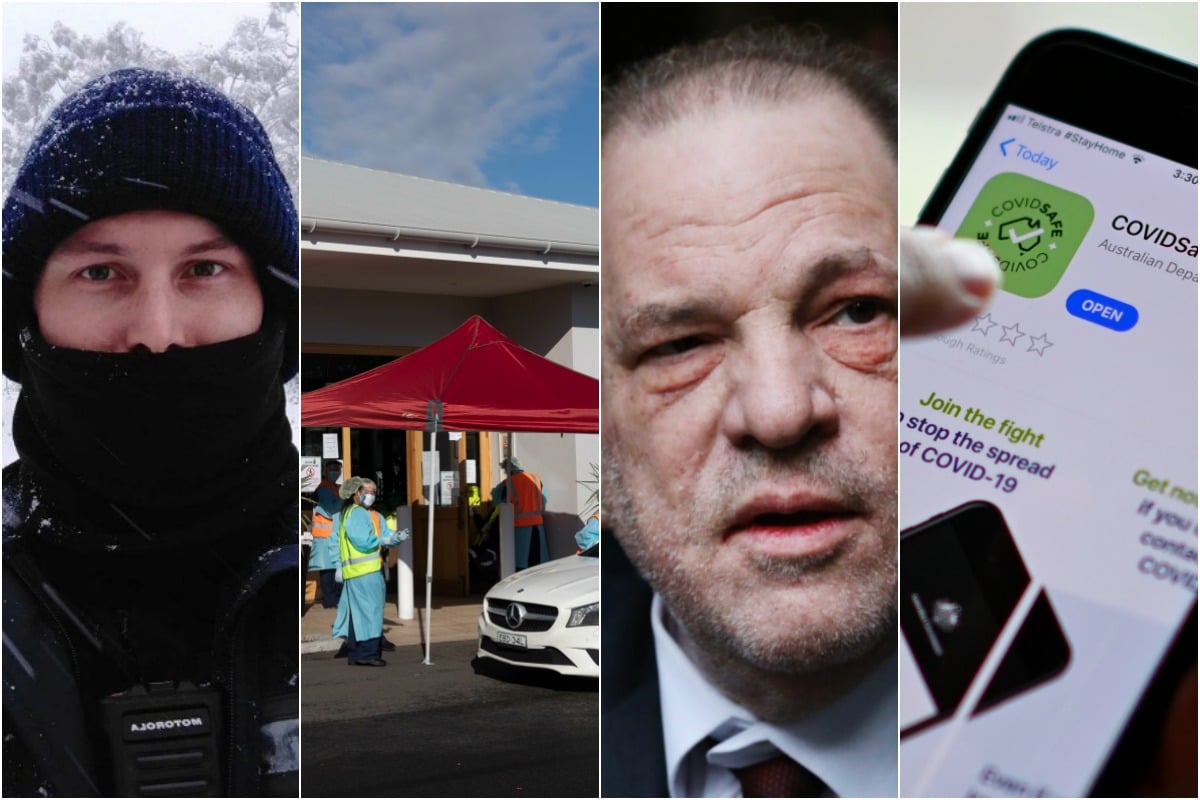 NSW pubs tighten restrictions as fear of another lockdown grows.

The NSW government will introduce stricter operating rules for pubs after more than 20 COVID-19 cases were linked to an outbreak at a Sydney pub.

The new COVID-19 rules for pubs will be announced on Tuesday, the Sydney Morning Herald reports.

The measures are tipped to include stricter requirements for venues to take contact details of patrons in case there is an outbreak and tougher regulations on the cleaning of pubs.

In addition, the report said no more than 300 people will be allowed in a pub no matter its size. 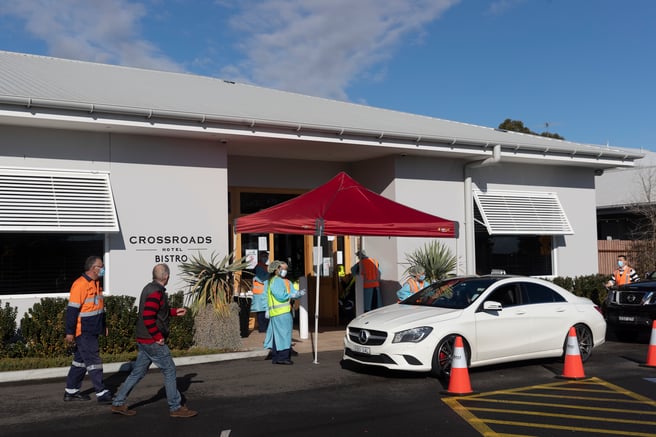 Dozens of cases have been traced back to a single pub in Sydney, with lines snaking up the streets as locals wait to get tested. Image: Brook Mitchell/Getty.

Currently, one customer per four square metres is allowed.

The changes - decided during a meeting of senior government ministers on Monday night - will not apply to clubs, restaurants, or The Star Casino, the SMH reported.

NSW recorded 14 new cases as of 8pm on Sunday with four in hotel quarantine, two being NSW residents who caught the virus in Victoria, and eight being linked to the Crossroads Hotel outbreak.

Dr Chant later on Monday confirmed an additional eight cases had been reported up to midday - all linked to the Crossroads Hotel.

All patrons of the pub who entered from July 3-10 must self-isolate and are being urged to get tested as a precaution.

Victorian authorities are scrambling to suppress a second wave of the coronavirus as new outbreaks pop up across Melbourne.

Of 177 new COVID-19 cases reported on Monday, 151 remain under investigation, a trend that has become a constant in the last week as health authorities work hard to establish links between cases.

As Victoria's coronavirus case count surges by 177, there's deep concern for up to 80 residents and staff who have been infected in aged care homes state-wide. @ChristineAhern #9News pic.twitter.com/D3bk3Q5r04

"I'm not going to be complacent about today's number, it is great that it is lower than our peak, but we may not have reached our peak yet," he told reporters.

More than a month after the state tackled its first major outbreak at Cedar Meats in Brooklyn, two abattoirs have closed following positive tests for workers.

An outbreak at Somerville Meats in Tottenham has grown to 12 people, a day after five workers at JBS Meats in Brooklyn tested positive for COVID-19.

Al-Taqwa College is now the state's biggest single outbreak with 144 cases, besides the 242 cases already identified in public housing towers in North Melbourne and Flemington.

Outbreaks in aged care facilities have increased concern for elderly Victorians who are more likely to die from the disease.

An infection at Menarock Life residence in Essendon has spread to 26 staff and residents, becoming the largest aged-care cluster of coronavirus in Victoria to date.

An outbreak at Glendale Aged Care in Werribee has grown to 13 cases, while Japara Central Park Aged Care in Windsor has two positive cases.

Health Minister Greg Hunt on Monday announced masks would be mandatory for staff workers at aged care centres in Melbourne.

About 1000 Australian Defence Force personnel are heading to Victoria to help enforce the state's lockdown and testing, with NSW police joining their Victorian counterparts in ensuring the border lockdowns.

Hello from the Barry Way border crossing checkpoint 👋 Please have your permits and hand warmers ready.

A body has been found at a California lake during the search for Glee star Naya Rivera.

The body was discovered five days after the 33-year-old Rivera disappeared on Lake Piru, where her son was found alone on July 8 on a boat the two had rented, the Ventura County Sheriff's Office said.

Authorities would not immediately say if the person found was Ms Rivera, but said the day after she disappeared that they believed she drowned in the lake.

Search crews found the body floating in the northeast area of the lake and the county medical examiner was notified, authorities said on Monday.

If she is declared dead, she will become the third major cast member from the show to die in their 30s.

READ: Everything we know about missing Glee star Naya Rivera.

The Federal Government's COVIDSafe app has been labelled a "$2 million failure" after not helping contact tracers identify any people who could be exposed to coronavirus as we experience another spike in Australia.

Victoria is recording upwards of 200 cases a day, and there have now been some outbreaks in Sydney at a pub and a gym. But no contacts have been identified solely from the app. 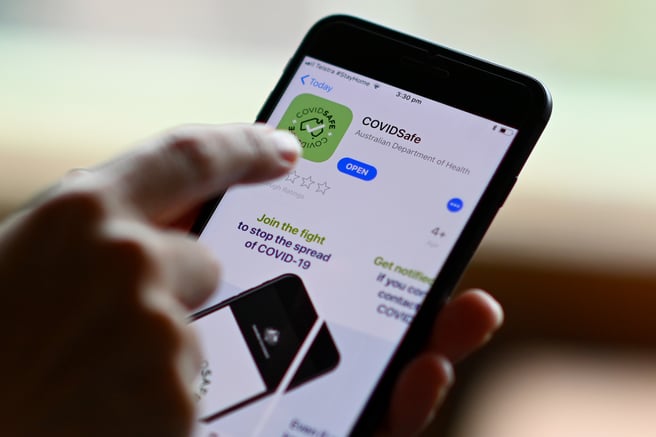 More than six million Australians have downloaded COVIDSafe, but it has not helped contact trace a single case of coronavirus. Image: Getty.

In Queensland and South Australia, no-one diagnosed with the virus had the app downloaded.

"It's played no role in effectively finding anybody who's been exposed to COVID-19... this is a $2 million failure," Shadow Health Minister Chris Bowen told 9News.

Six women who say they were sexually abused by Harvey Weinstein have urged a US judge to reject a $US18.9 million ($A27.1 million) settlement with the disgraced movie producer, the board of his former studio and other accusers.

The settlement announced on June 30 would end litigation by New York Attorney General Letitia James and separate class-action litigation, and permit accusers to claim $US7500 ($A10,000) to $US750,000 ($A1.1 million) each. 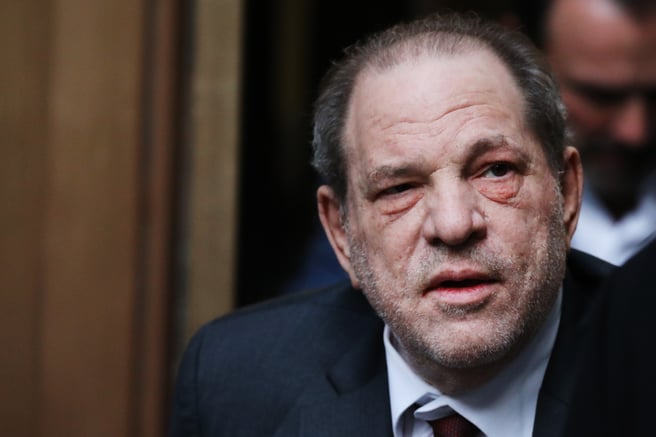 They also complained that the accord "absolved" Weinstein, his brother Bob Weinstein and the board of liability, while setting aside another $US15.2 million ($A21.8 million) to help cover their defence costs.

The settlement is "a cruel hoax" and among "the most one-sided and unfair class settlements in history," the filing said.

He is appealing and still faces rape and sexual assault charges in Los Angeles.

Kelly Preston's death was confirmed by her family yesterday, after she was diagnosed with breast cancer two years ago.

The 57-year-old died on the morning of July 12, 2020, with a family representative saying "choosing to keep her fight private, she had been undergoing medical treatment for some time, supported by her closest family and friends".

Her daughter, Ella Travolta, has now joined the tributes, writing on Instagram: "I have never met anyone as courageous, strong, beautiful and loving as you. Anyone who is lucky enough to have known you or to have ever been in your presence will agree that you have a glow and a light that never ceases to shine and that makes anyone around you feel instantly happy. 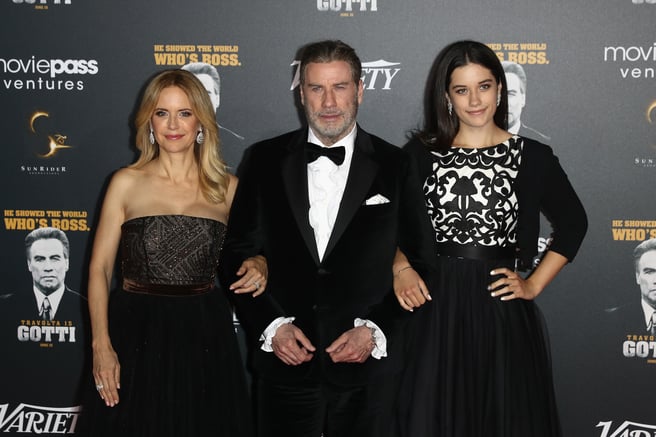 READ MORE: "A loving soul." Kelly Preston has died at 57 after a two-year battle with breast cancer.

- Australian tennis star Sam Stosur is a mum. Her partner Liz gave birth to the couple's first child, a daughter, last month, but the couple only publicly shared the news last night.

- US prosecutors believe Ghislaine Maxwell is a 'flight risk' and should not be granted bail, after her defence team cited COVID-19 as her reason to be freed.