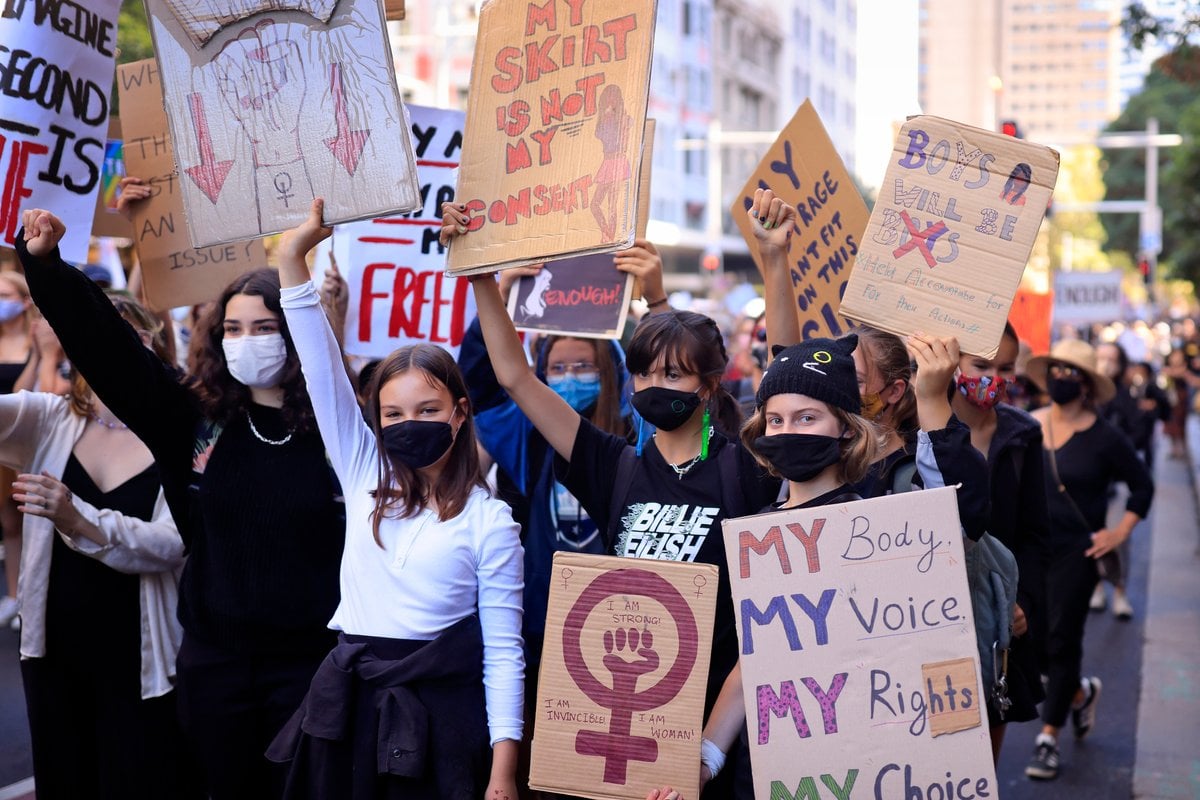 In a historic step forward, the New South Wales government announced it will overhaul laws around sexual assault by introducing a requirement for "affirmative consent".

The new law, which passed through the upper house on Tuesday, states that consent must be communicated rather than assumed.

"The NSW Government's affirmative consent model sets clear boundaries for consensual sex, reinforces the basic principle of common decency that consent is a free choice involving mutual and ongoing communication, and reinforces that consent should not be presumed," said Mark Speakman, the Attorney General and Minister for Prevention of Domestic and Sexual Violence.

Debate on the government's bill to reform the Crimes Act began in the upper house of NSW parliament last Friday, after the law was signed off by the lower house last week.

Saxon Mullins, the young woman whose traumatic experience was the catalyst for the years-long reform process, told AAP watching the debate unfold has been "almost indescribable".

"I'm just so pleased, of course, that this has gone through," she said.

Affirmative consent laws have passed in NSW. Every survivor and expert who helped this through changed the world today. Thank you. https://t.co/vDVBZTbMCQ

"It's a bit overwhelming. In a way [I'm] shocked that it's finally... close to done. It feels really nice to know that it had so much support in the parliament."

Mr Speakman also commended Mullins for her engagement in the reform process.

"I commend particularly survivor Saxon Mullins for her extraordinary bravery in sharing her lived experience and her tireless advocacy for victim-survivors to ensure their voices were heard, all of which has contributed to the passage of these reforms," he said in a statement.

The news comes after the Victorian government announced a requirement for affirmative consent last Friday.

Here's everything you need to know about the new consent reform in NSW.

What is the new law?

Under the new reform, the Crimes Act will be changed to specify that consent must be communicated through words or actions, rather than just assumed.

This means someone who is accused of rape would only be able to prove sex was consensual if they took active steps to obtain consent.

"It's a matter of common human decency. It's about time the law caught up," NSW Attorney-General Mark Speakman said when he announced the reforms in May, before it was put to parliament in October.

In a statement on Wednesday, NSW Greens spokesperson described the changes as a "very significant reform".

"It means that it can no longer be assumed that someone consents to having sex. The person who wants sex must be able to demonstrate that they took steps to ensure that the other person also enthusiastically consents to this."

"The Bill puts victim-survivors at the heart of the law, and removes rape myths and assumptions from the Crimes Act. It removes the patriarchal assumption that anyone is entitled to sex without the active, enthusiastic consent of the other person."

How did the law come about?

25-year-old Saxon Mullins helped shine a light on the rules around sexual consent in NSW, after her interview with ABC's Four Corners triggered a review into the state's laws.

In 2018, Mullins told the program that she was sexually assaulted as an 18-year-old behind a nightclub in a Kings Cross laneway five years earlier.

However, after two criminal trials and appeals, Lazarus, walked free and his initial sexual assault conviction was overturned.

Within 24 hours of Mullins' ABC interview airing in 2018, Attorney-General Mark Speakman referred the laws to the NSW Law Reform Commission for review.

In May this year, he announced he would go a step further than the NSW Law Reform Commission recommended and introduce the "affirmative consent" model.

Mullins, who is now a director of the Rape and Sexual Assault Research and Advocacy Initiative, also supports the affirmative consent approach.

"Hearing affirmative consent referred to as a common sense reform in the NSW parliament - it's amazing," she said.

What do consent laws look like in other states in Australia?

Just like in NSW, the Victorian government announced they will overhaul the state's sexual assault laws by introducing a requirement for affirmative consent.

Last Friday, Attorney-General Jaclyn Symes announced changes to the Crimes Act 1958 (Vic), to specify a person must confirm they have received consent for sexual activity.

The government will also amend laws to criminalise stealthing - the removal of a condom or other protection during sex without the other person's knowledge or consent. Victoria is the second jurisdiction in the country to do so after the ACT.

The amendments will be introduced in 2022 and were recommended by the Victorian Law Reform Commission.

Tasmania has also adopted the affirmative consent model, which states a person does not consent if they "do not say or do anything to communicate consent".

Meanwhile, Queensland amended their consent laws in March, whereby consent is no longer assumed if a person does not verbally reject a sexual act. The state also recognises that consent can be withdrawn by words or action once the sexual act has begun.

However, an affirmative consent proposal from Greens MP Amy McMahon, supported by advocates, was voted down by both the government and the opposition.

Over in Western Australia, a 'mistake of fact' defence is still possible, meaning those accused of rape can argue they had a reasonable belief of consent.

South Australia and the Northern Territory's laws both define consent as a "free and voluntary agreement", while the ACT government is currently reviewing its laws.

The affirmative consent reforms in NSW are a step in the right direction, Mr Speakman said on Tuesday.

"No law can ever erase the trauma of sexual assault, but we have listened to calls for change. Under our reforms, if you want to engage in sexual activity with someone, then you need to do or say something to find out if they want to have sex with you. It's that simple," Mr Speakman concluded.

Reply
Upvote
2 upvotes
It's good, but how does it stop the 'he said she said' issues?
G
guest2 6 months ago