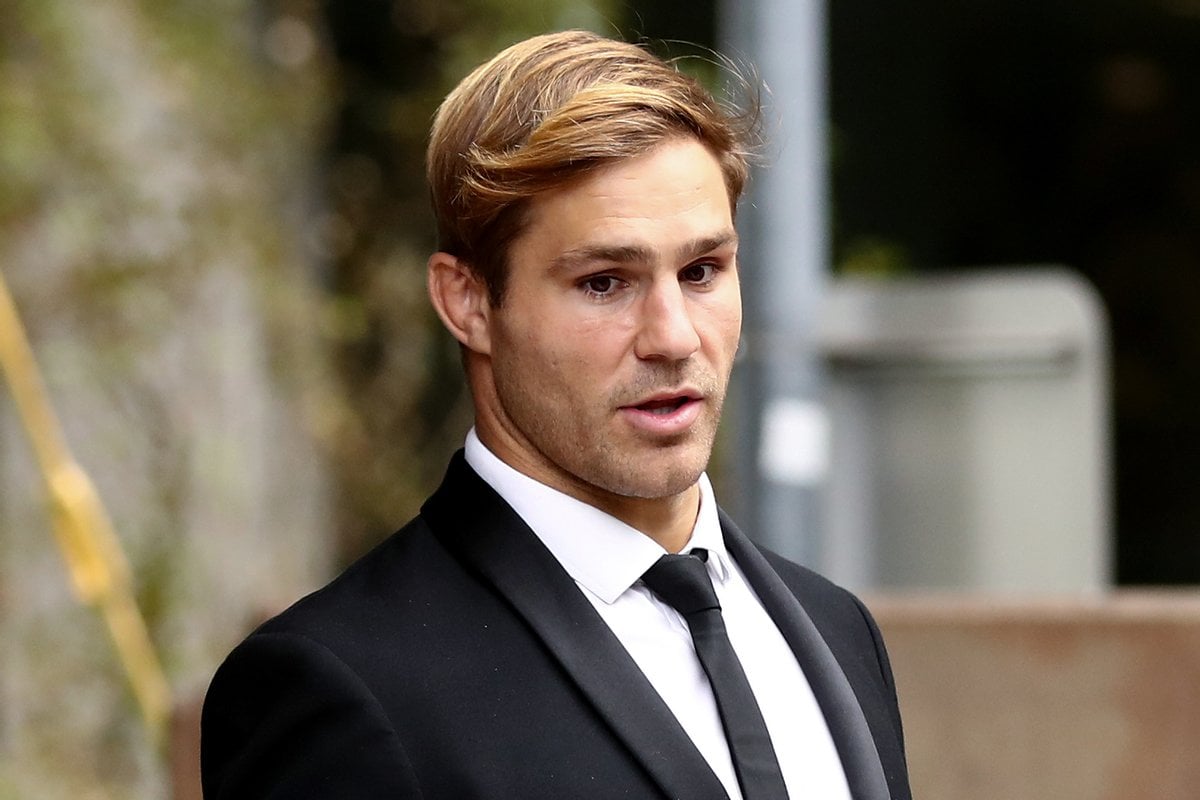 Sexual assault charges against NRL footballer Jack de Belin and his friend Callan Sinclair have been dropped after two juries failed to reach a unanimous verdict.

The Daily Telegraph reports De Belin was informed of the decision by the Department of Public Prosecutions by his legal advisers on Thursday.

#BREAKING Rape charges against Jack #Debelin and Callan Sinclair have been dropped after two juries were unable to reach a verdict. @9NewsSyd

The former St George Illawarra player, 30, was accused of raping a then-19-year-old woman alongside his co-accused. Both de Belin and Sinclair pleaded not guilty to five charges of aggravated sexual assault.

The men say the sexual activity was consensual, in contrast to the woman's allegation that the men ignored her protests and cries to stop.

Earlier this month both were found not guilty on one count of aggravated sexual intercourse without consent relating to a specific sexual act on the night in question. But the jury of eight men and four women were dismissed after they couldn't agree unanimously on the other five counts.

It was the second time the pair had faced trial over these rape allegations, and they were facing the prospect of a third trial. 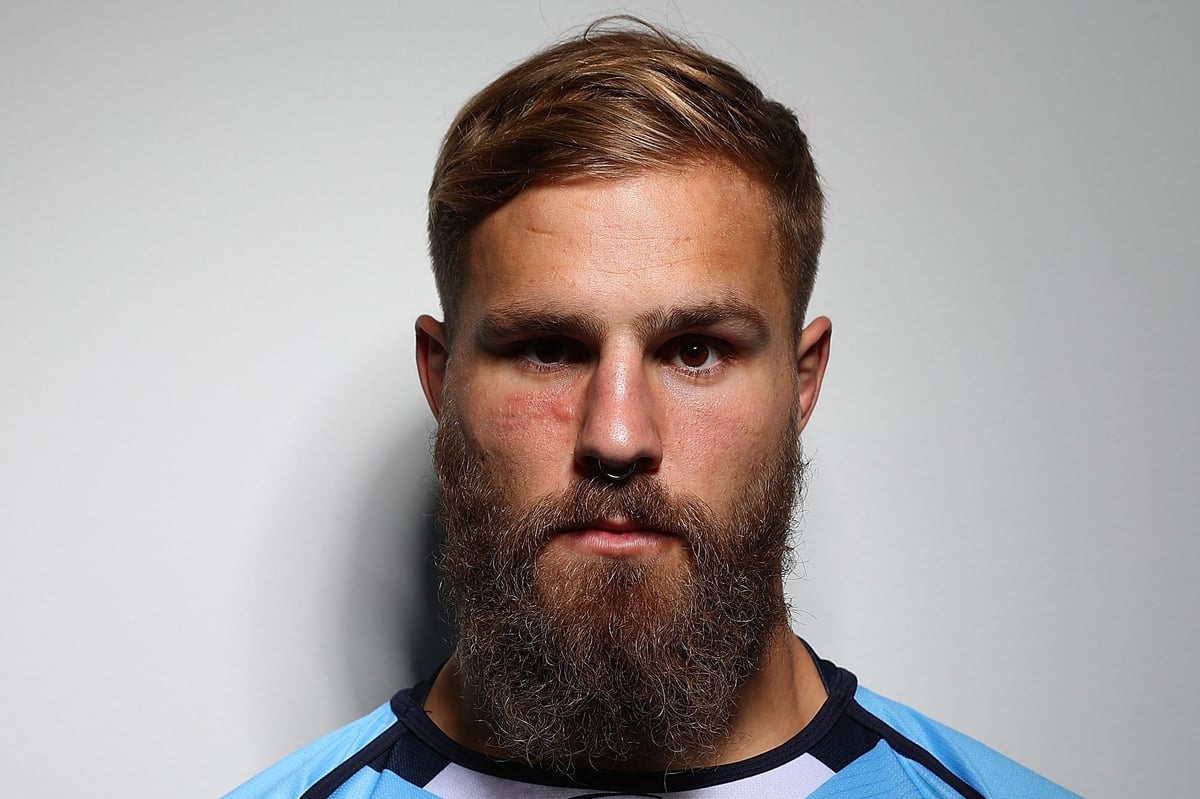 Jack de Belin is a State of Origin player for NSW. Image: Getty.

What we know about the alleged night.

Jack de Belin and Callan Sinclair met the woman in Wollongong bar Mr Crown on December 9, 2018. Sinclair and the woman, who knew each other previously, kissed at the bar, with the woman describing it as "pecking" and "nothing serious" in court.

The woman then left the bar with the men and said she thought the trio were going to another club, before de Belin led the group to a North Wollongong unit "to charge his phone".

"I said I want to go home," the woman told the first jury.

While on the toilet in a bedroom ensuite, the woman said de Belin walked in naked and began showering - causing her to exit quickly.

She was allegedly met in the dark bedroom by a clothed Sinclair.

De Belin then untied her top from behind and shoved her on the bed, she told the jury.

Covering herself and saying "no, stop" as the men said "show us your tits", the woman said she felt the footballer removed the rest of her clothes.

"He split my legs open and put himself on top of me with his hand around my neck and resting on my collarbone," she said. 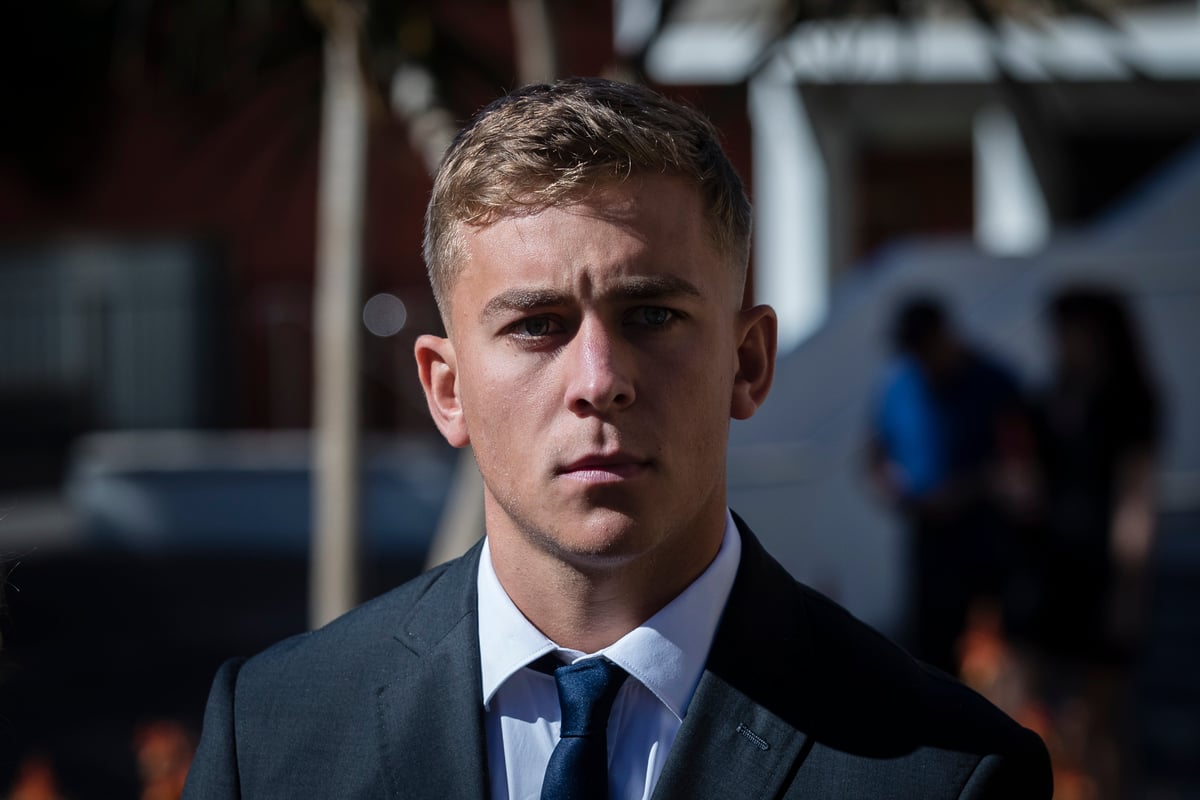 After the men ignored her initial verbal protests and de Belin forced himself on her, she said she went "dead and numb inside and just let it happen".

The pair were "cheering each other on" while assaulting the then-19-year-old, the jury heard.

"I just had tears out of my eyes the whole time," she recalled, adding she wasn’t sure how long the alleged rape lasted for.

"I was saying stop way earlier ... Why would I say stop now? It's not going to work," she said while detailing a later part of the alleged rape.

The woman said she thought she was going to pass out when de Belin choked her towards the end of the alleged attack.

When Sinclair left the room, de Belin allegedly entered her anus and she says she screamed "stop" due to the pain.

She believed the footballer said sorry before he re-entered her vagina and allegedly choked her.

After de Belin finished, the woman says she told Sinclair she didn't want "any of this to happen".

De Belin asked why she was "being so emotional" and that she "can't tell anyone about this", she recalled.

The three then caught an Uber back into Wollongong's CBD, with de Belin handing the woman $50 "for the Uber and to keep your mouth shut".

She said she joined a nightclub line with the men after the alleged assault. The woman then quickly walked away from the line minutes later when some of the men’s friends arrived.

"They said 'where are you going' and I just didn't respond," the woman, who cannot be identified, said. 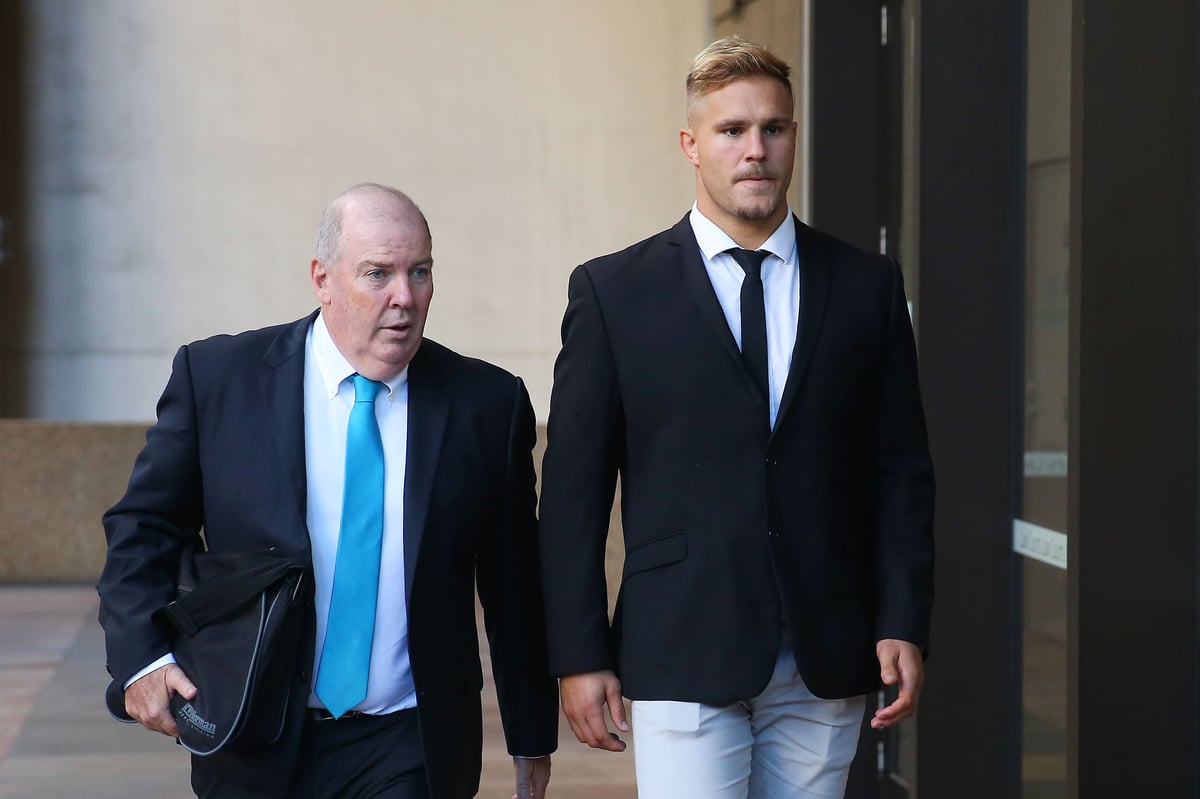 After getting around a corner, she opened Instagram and messaged a male friend she knew was also out partying, the court was told.

When asked, she told the friend she was "not that OK".

But the court heard she declined to elaborate, saying "probably something I can't tell you anyways".

"For someone to just hear it straight up, it's quite horrific," she told the court. "What had happened to me was quite horrific and I thought I couldn't tell him at that time."

That friend's housemate then reached out on Snapchat. He'd seen the woman with de Belin and Sinclair before the alleged rape.

"The guys you saw me with just abused me," she messaged him.

The woman told the court she turned down an offer to spend the night at the friend's home, and another to smoke weed with a third person she'd messaged.

"I ended up going home to bed and crying myself to sleep," she said.

The woman complained to friends, family and work colleagues before making a formal police statement and agreeing to a medical examination on the afternoon of December 9.

Her DNA was later found in the unit.

The footballer's barrister, David Campbell SC, asked the jury to keep an open mind as things may at first appear "cogent, strong and accurate" but seem different as more pieces of the puzzle emerged.

"The issue he is raising is: everything happened with the consent of those involved," Mr Campbell said.

Craig Smith SC, for Sinclair, echoed the statements about consent and reiterated his client didn't sexually assault the teenager.

"There is evidence both before and after that activity that is consistent with that activity being consensual activity," he said.

What happened with the first trial?

Last year, following a three-and-a-half week trial and nearly two days of deliberations, the Wollongong District Court jury was unable to reach a unanimous decision on any of the five charges against each man.

Judge Andrew Haesler then gave the jury the option to return a "majority verdict" whereby 11 out of 12 jurors could be in agreement.

But minutes after considering this option the jury returned once again.

When the jury foreperson was asked if given more time there was a chance of a majority verdict the woman answered: "Absolutely not".

What happened in the second trial?

Six days after the second jury retired to deliberate in May 2021, the jury of eight men and four women were dismissed after they returned hung verdicts to most of the charges facing the 30-year-old St George Illawarra forward and his co-accused Sinclair.

"Definitely not, Your Honour," the jury foreperson replied to a question about unanimous verdicts being reached with further deliberations.

After hearing that and reading each juror was "firm and resolute" in their own verdicts, Judge Nicole Noman asked them to consider if any verdicts could be reached 11-to-1. They said no.

Now that the DPP has decided to drop the charges instead of proceeding to a third trial, De Belin is now free to take up a four year deal, worth $3 million, that he previously signed with the Dragons.

We are yet to hear from the alleged victim or her lawyer.

Reply
Upvote
This is why you don’t go to the police. Add insult to injury.  Things haven’t changed much since the old days when you need 5 witnesses.
Oh, and she didn’t ‘behave’ properly afterwards. Makes me sick.  The whole system needs to change.  Just put support services in place straight up.  No police station.  Straight to an a anonymous house where the medical and psychological wounds can be treated.  “Justice” can’t be sought afterwards.
C
cat a year ago

Reply
Upvote
6 upvotes
Football should be disbanded in this country until they can prove their players won’t attack women anymore.
The women’s leagues can keep playing.
L
laura__palmer a year ago

Reply
Upvote
1 upvotes
@cat Agree. It's obviously a terribly toxic environment and whatever initiatives they put in place to stop these men from doing this stuff are not working.
G
guest he him 5 months ago

Reply
Upvote
2 upvotes
@cat they did just prove it, twice. He is not guilty, to say otherwise is to throw out the rule of law.
L
laura__palmer 5 months ago

Reply
Upvote
3 upvotes
@guest he him  A hung jury is not the same as being found not guilty.
C
cat 5 months ago