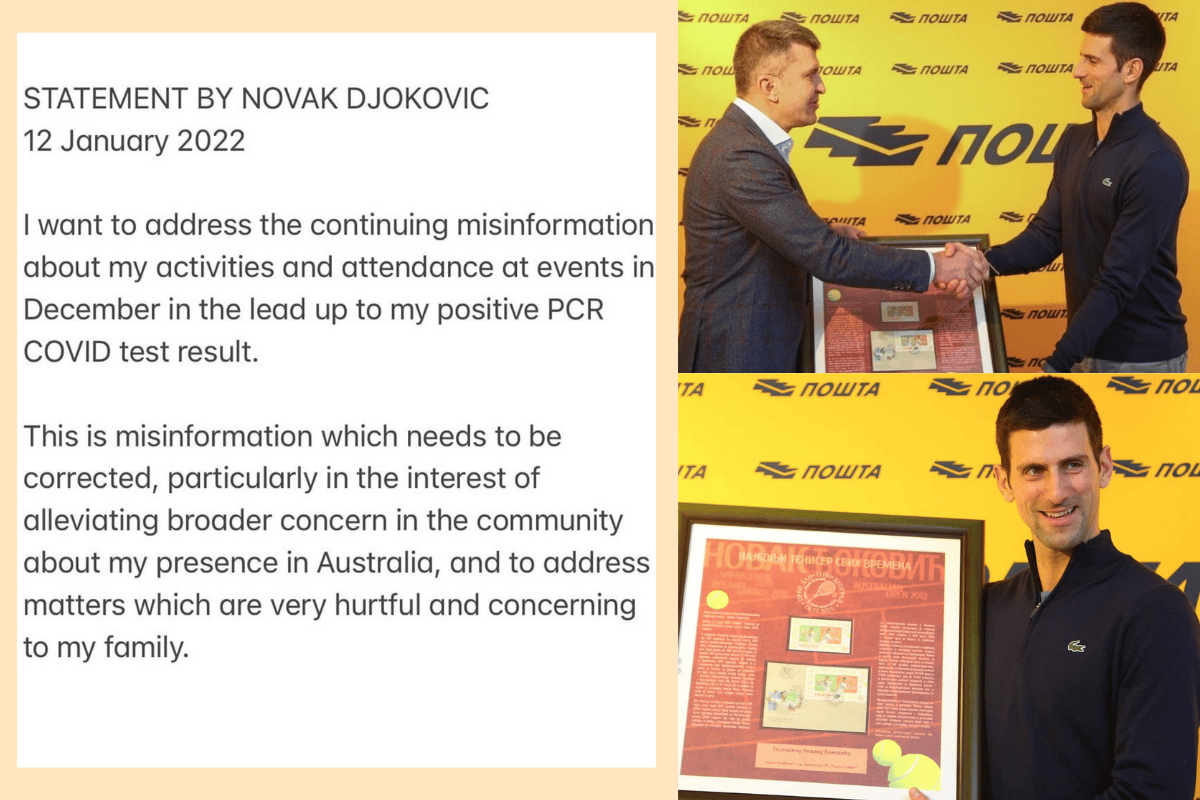 There are parts of Novak Djokovic's story that don't add up: his supposed 'legitimate reason' for an exemption, his questionable comments and actions on gender equality, and his defiance of public health advice on numerous occasions.

The 34-year-old Serbian tennis player was previously in immigration detention in Melbourne after having his visa cancelled by the federal government. On Monday, Djokovic won his court case.

Of course refugee advocates have put this news into perspective, estimating that 33 other men are still detained in the same facility as Djokovic. Yet their only 'crime' is asking Australia for safety.

So when it comes to unpacking the case of Djokovic, the tennis player is under growing scrutiny for not only his privilege but also his views, actions and words.

Watch: Novak Djokovic disqualified from US Open 2020. Post continues below.

Video via US Open.

Tennis Australia has noted Djokovic applied for an exemption to play at the 2022 Australian Open which was granted, following "a rigorous review process involving two separate independent panels of medical experts".

Australian Open Tournament Director Craig Tiley said 26 players and their primary support staff in total applied for exemptions. Only a "handful" of them were successful.

In terms of Djokovic's exemption specifically, court documents show the tennis player's 'legitimate reason' for an exemption was the fact he had COVID-19 in the past six months and was free from symptoms before he arrived in Australia.

It is assumed Djokovic has not been vaccinated, as he has not publicly declared his vaccination status, and given the fact he applied for an exemption.

Also in April 2020, the tennis star revealed he was opposed to mandatory jabs. "Personally I am not pro-vaccines. I would not like it for someone to compel me to be vaccinated so I can travel." 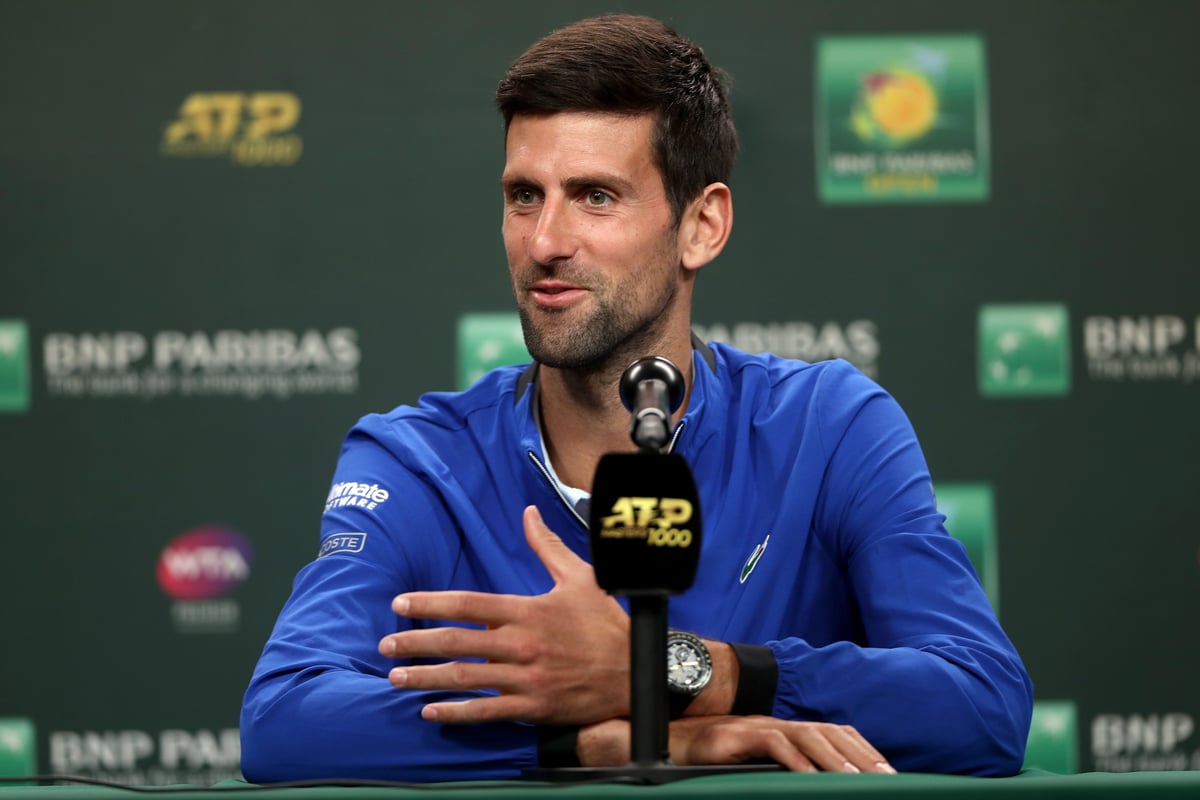 In submissions to the Federal Circuit Court, Australian government lawyers asked the judge to reject the tennis star's challenge to his visa cancellation.

His lawyers argued that he met the criteria for a temporary exemption under Australian Technical Advisory Group on Immunisation (ATAGI) guidelines.

Government submissions said Djokovic was wrong to challenge the claim that previous infection is grounds for an exemption. But instead, the courts ruled in favour of Djokovic.

Immigration Minister Alex Hawke is now weighing up whether to use his discretionary powers to again cancel the tennis player's visa, with a decision expected this week.

Monday's virtual hearing in Melbourne came amid a growing public debate over his positive COVID-19 test that his lawyers used as grounds in applying for a medical exemption to Australia's strict vaccination rules.

Pictures have emerged on social media this week of Djokovic's appearances at public events, which some may see as dodgy, considering he was COVID-positive around the same time in question.

On December 16, 2021, Djokovic attended an event commemorating his own personal stamp. Pictures were posted of Djokovic a day later at the Tennis Association of Belgrade for an award ceremony.

Djokovic was additionally pictured on the streets of Belgrade on December 25, despite Serbia's rules requiring 14 days of self-isolation.

An honor to receive my very own Serbian stamp. Thank you to my generous country for this rare gift! I’m humbled!! Excited to share we’ll partner with the Serbian National Postal Service on @novakfoundation projects for every child to have the opportunity to attend preschool 🙏🏼 pic.twitter.com/Ww8Zma95NU

On Wednesday, Djokovic spoke publicly for the first time about the COVID-positive while in public controversy.

He took to Instagram to explain his side of things.

He was asymptomatic, but opted to take a rapid antigen test on December 16. That RAT test was negative. The same day, i.e. the day of the personal stamp ceremony, he took a PCR test "out of an abundance of caution".

While still waiting for the results of the PCR test, Djokovic went to a children's tennis award event on December 17, only to receive a positive COVID result the next day.

The tennis player acknowledged that he should have waited to complete his isolation until after the event, labelling it "an error of judgement".

"I accept that I should have rescheduled this commitment."

Djokovic also noted in the same Instagram post that his team had made a mistake while filling out his border entry form when they ticked a box saying he had not travelled in the 14 days before flying to Australia.

Before boarding a flight to Melbourne, Djokovic had been travelling between Spain and Dubai.

"On the issue of my travel declaration, this was submitted by my support team on my behalf, and my agent sincerely apologises for the administrative mistake in ticking the incorrect box about my previous travel before coming to Australia."

This isn't the first time Djokovic has done something questionable in COVID times.

The Adria Tour which defied all public health advice.

Doing things for a charitable cause is always something to be celebrated, but when it ignores public health guidelines, disregards the impact of COVID-19, and says no to masks or social distancing: maybe it's not a wise idea.

But unfortunately, Djokovic didn't get the memo. 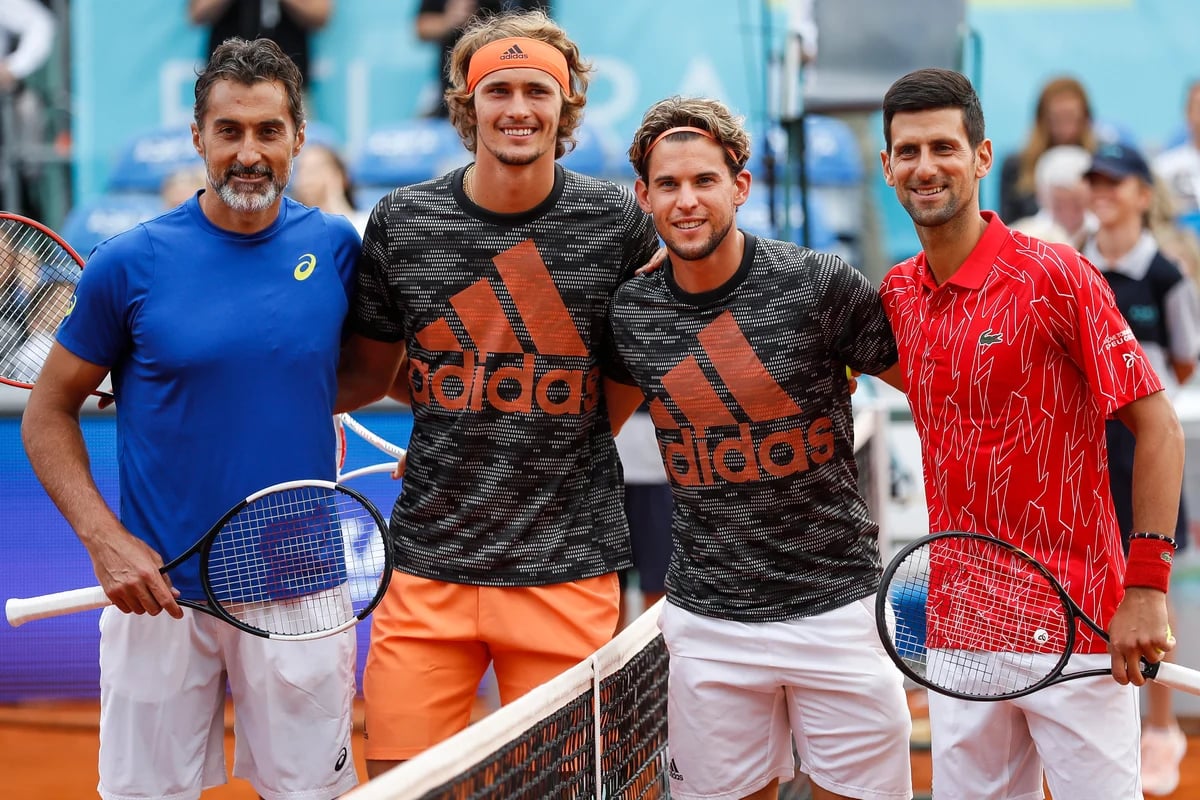 The Adria Tour. Image: Getty. The event was cancelled before its scheduled finish date because several players tested positive, as well as many support staff.

Djokovic initially declined testing in Croatia because he "didn't feel any symptoms". Instead, he decided to party it up in a Croatian nightclub, with footage showing a sweating Djokovic dancing shirtless on the dancefloor doing the Macarena: in the middle of a pandemic.

So it was pretty unsurprising when the tennis player soon tested positive to COVID. He had conceded to getting a test, confirming he and his wife Jelena had contracted the virus.

Another layer of controversy also surrounds Djokovic, and it has everything to do with his public comments on gender equality.

Days before the US Open in 2020, Djokovic announced he had led a group of male tennis players to break away from the ATP Player Council and launch the Professional Tennis Players Association. The organisation is for male players only and was designed by Djokovic to help male players "have their voices heard".

Former World No. 1 Andy Murray said it would have been more "powerful" if women were allowed to join.

Rafael Nadal criticised the association, saying: "We have a bigger problem and separation and disunion is definitely not the solution."

His ill-fated comments on equal pay.

Speaking after a straight-set win in the men’s final, he said: "Obviously, it's a very delicate situation. Women deserve respect and admiration for what they are doing. On the other hand, I think that our men's tennis world should fight for more because the stats are showing that we have much more spectators on the men's tennis matches. I think that's one of the reasons why maybe we should get awarded more."

He added: "I have tremendous respect for what women in global sport are doing and achieving. Their bodies are much different to men's bodies. They have to go through a lot of different things that we don’t have to go through. You know, the hormones and different stuff, we don't need to go into details."

In 2022, the majority of the world's tennis tournaments now offer equal prize money, although an overall pay gap between male and female players does still exist.

There are many reasons to dislike Novak Djokovic, but his outrageous sexism trumps every single one. https://t.co/1eHxTimLul

So where does Djokovic go from here?

Now perceived by many as one of the most unpopular men in tennis, perhaps Djokovic will need to go on SAS in order to receive a much-needed redemption arc.

Although Djokovic has urged his followers to show "love and respect towards all beings on this wonderful planet," what he hasn't yet realised is getting vaccinated is the best way to do so.

One can only hope the lesson will eventually be learnt. 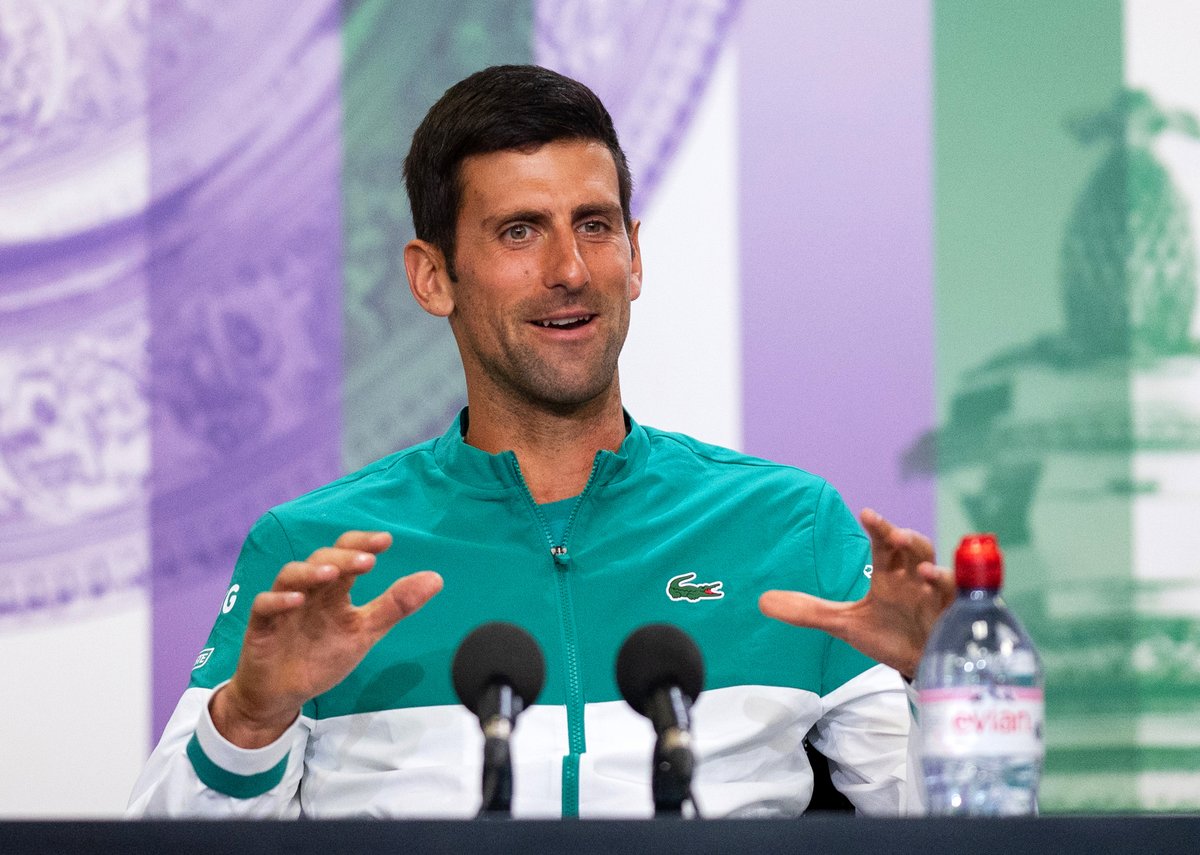