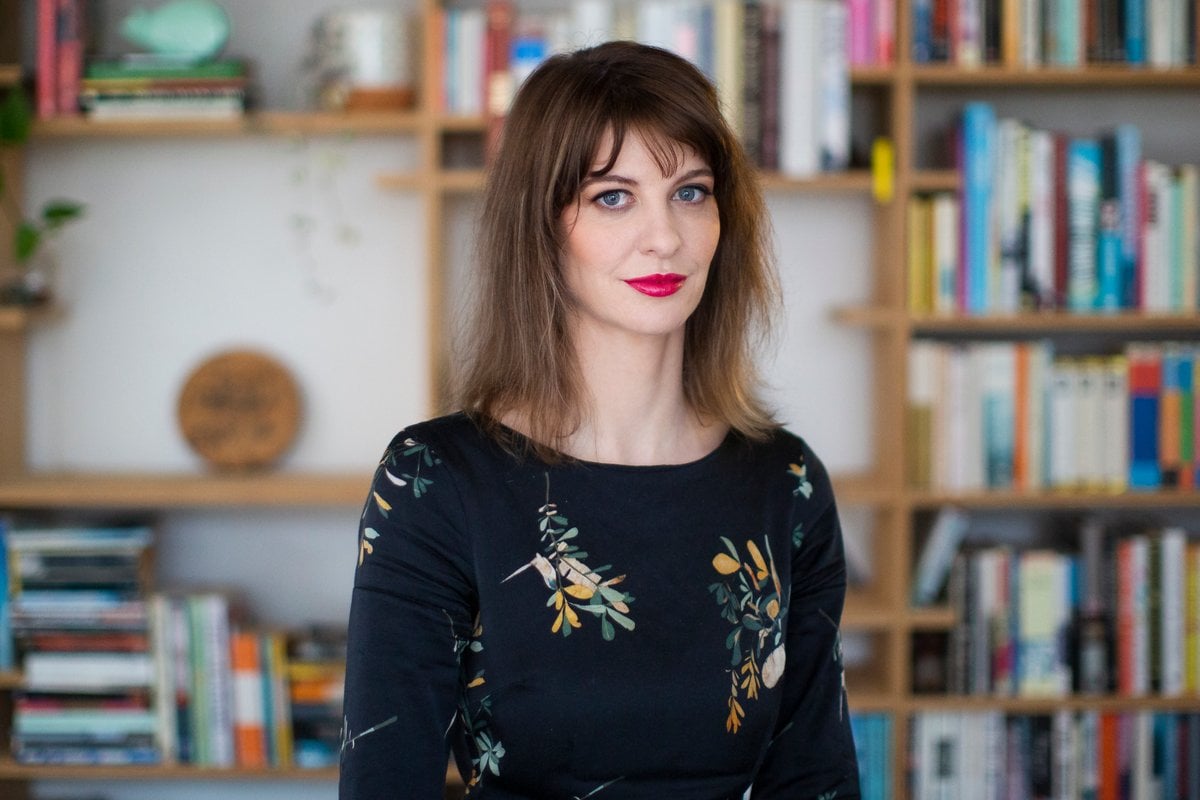 There is an image of my mother that will haunt me for the rest of my life.

She’s standing in the kitchen of my parents’ big rambling family home, clinging to the wall, crying. She’s hanging on to that kitchen wall with all the strength she has – an egg-sized tumour in her brain has taken away her balance. Without the wall to steady herself, she’ll collapse. If she tries to follow me, as I stride past her, she’ll fall and hurt herself.

We both know it. We both know that she is trapped there, in the kitchen, hanging on to the wall. And that if I leave, she might be stuck there for hours.

That morning her short grey hair is uncharacteristically unkempt. Her face is puffy. She looks terrified. It’s an awful, pitiful sight. This normally dignified woman in her early sixties, begging her daughter through sobs not to go.

I can’t bear to witness it. I avoid looking at her, determined to make it out the front door without giving in to her pleading.

If I stay, there are only two options: allow her to sweep everything under the rug again or lose my composure and spill 20 years’ worth of hurt right there on that kitchen floor. I don’t want to do either. I just want to get away.

We’ve been doing battle all night.

Though over what exactly, neither of us could tell you. The drugs they have given her to shrink the brain tumour strip her down to base emotion. To fear, rage and sadness. Last night it was rage. This morning it is fear.

She is begging me to at least turn and face her. To say goodbye before I leave.

That’s always been her rule – never leave the house in anger without saying goodbye, lest something terrible happens and you are left regretting the fact you parted on bad terms.

Ignoring her, I collect my keys and bag.

As I reach the front door, I hear her call out after me, ‘You need to be a more forgiving daughter.’

I don’t answer. I don’t look back.

I pull the front door shut behind me as I walk out, stumbling into the warm sun of a Monday morning. I get in my car and drive to work, bleeding exhaustion and sadness.

Between the tears on her face and the cold of my back were 20 years’ worth of secrets and betrayal.

You see, when I was 12 a man twice my age used to sneak into my bedroom several times a week and go down on me. My mother knew, but she never spoke to me about it. And she never intervened to stop the abuse.

Now she is dying, and the past is rising to the surface like a bruise.

Fragments of memory swirl and bubble up. Out of order, unstoppable.

A girl in purple Doc Martens boots standing by the road in the middle of the night.

A knock on the window, a waft of men’s cologne.

My mother looking at me anxiously, a question on her lips she doesn’t ask.

A series of wordless snapshots I am trying to make sense of.

It has taken me years to begin to find the right words to describe the events that interrupted my experience of ‘child’, ‘adolescent’ and, in time, ‘relationship’. Some of the words weren’t invented when I was 12 and this story began.

‘Grooming’ has become part of our modern lexicon as knowledge of the Internet – and the dangers it contains – has grown, but it didn’t exist then.

The first time I read about grooming I sat in silence as a thousand pieces of an impossibly complex jigsaw shuffled around in my head to find their rightful place.

At that time, I was living in Brunswick, Melbourne, where I moved in my early twenties to escape the suffocation of my hometown.

I was working from home, studying for my PhD, and clicking around the Internet for a distraction. Falling down the clickbait rabbit hole, I ended up on the website of an artist who was collecting photos of women holding signs.

The signs had words their abusers had said to them, had used to coax them, lure them in.

I could have held nearly every one of those signs myself.

Buried in the text describing the artist’s intent was a description of grooming. I leant back in my chair. I stared at the ceiling whispering over and over: ‘This is a thing.’

There is great power in giving something a name. It brings a sense of order. When we don’t have a name for things, we often blame ourselves. But once named, analysis and judgment follow.

We know about grooming over the Internet now – it’s a crime. Grooming is an evil act that leads to other, greater, evil acts. But, when I was growing up in the 1990s and the early 2000s, we didn’t yet have the word grooming.

Other words, those needed to form sentences, paragraphs – understanding, as it were – were beyond my reach. They only started to come when I was 32, and my mother began dying from cancer.

Finding these words is much harder, particularly against the societal backdrop of female exploitation, male excuses and the degradation of women.

In a world where the concept of women’s consent is still treated as hazy and pliable – not a simple statement of fact, of ‘yes’ or ‘no’.

This haziness has played out in numerous court cases and opinion pieces in recent years, with men let off the hook due to alcohol – sometimes their own drunkenness, but usually the woman’s – or a ‘misunderstanding’, leaving women unheard and no doubt confused.

We know that most cases of sexual assault are never reported, or if they are women are discouraged from proceeding with charges because they won’t ‘stick’.

Meanwhile, in so-called advanced democracies like the United States, rape kits have sat unanalyzed for decades.

It’s not a one-off tragedy like some reporting would have you believe, it’s a daily occurrence. Though, gradually, this is shifting.

As more women – powerful women – come forward, baring their secrets and their stories. Finally, it appears, the world is starting to listen.

Yet for me, the words I needed weren’t just to describe an act.

These words describe a series of acts; they do not tell us why those acts were committed.

Importantly, they didn’t help me to make sense of why these acts had happened to me, specifically.

This is an excerpt from Gemma Carey's book: No Matter Our Wreckage. 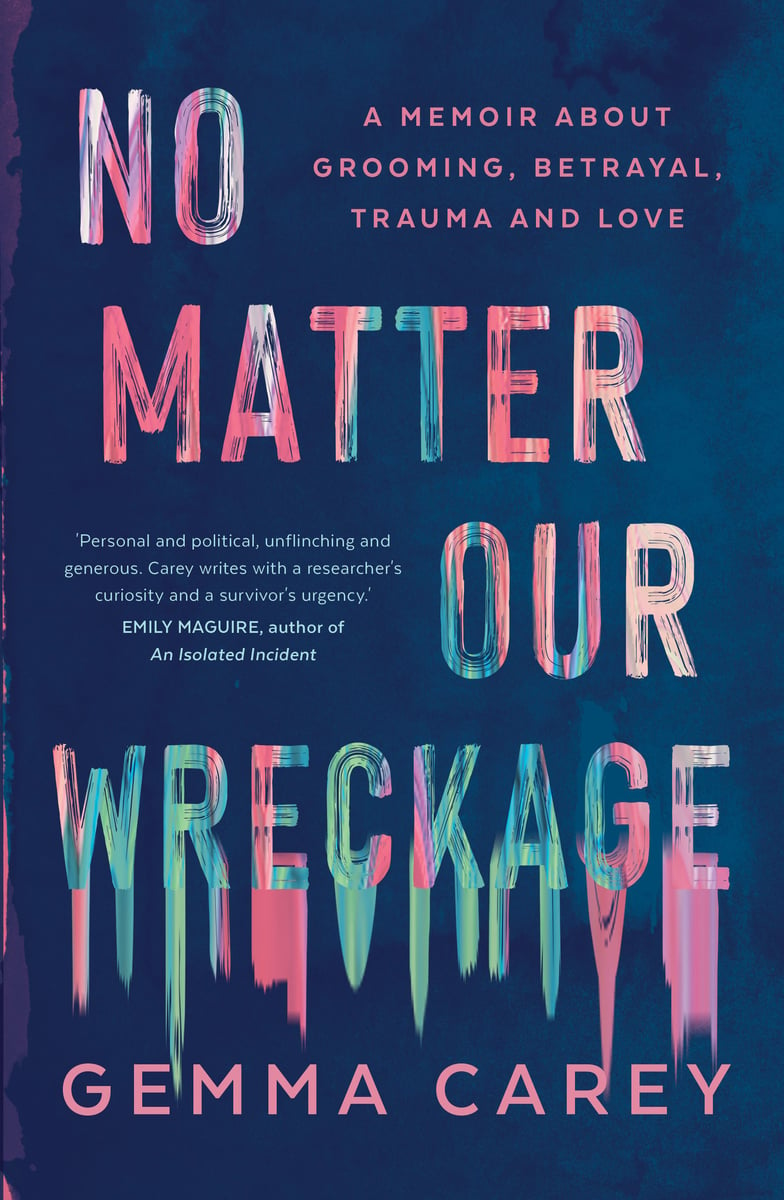 To read the full story, you can purchase it here.