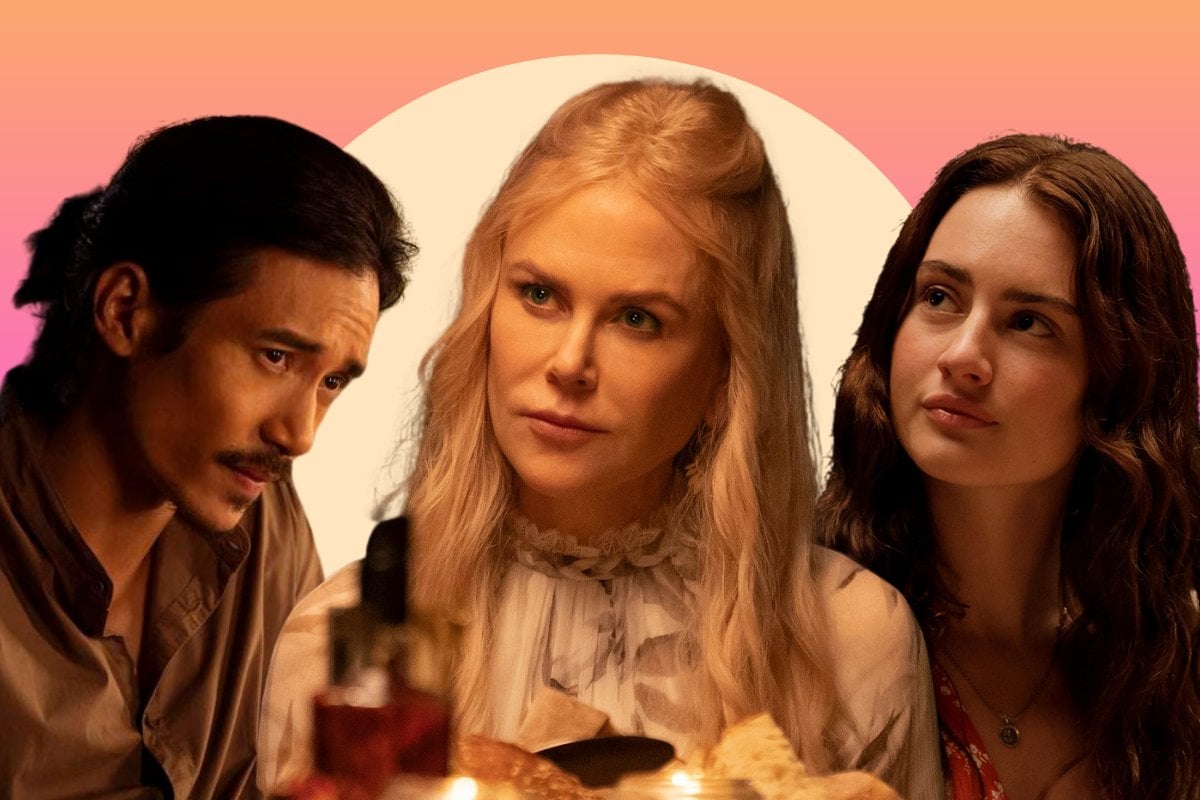 If you're an avid binge-watcher like us, chances are you spent your weekend devouring the first few episodes of Amazon Prime's Nine Perfect Strangers.

Based on best-selling author Liane Moriarty's novel of the same name, the series follows nine vastly different retreat attendees as they slowly learn that Masha's retreat is not exactly as it seems.

Watch the trailer for Nine Perfect Strangers below. Post continues after video.

Here's everything you need to know about the show's main cast, including where to follow them on Instagram. 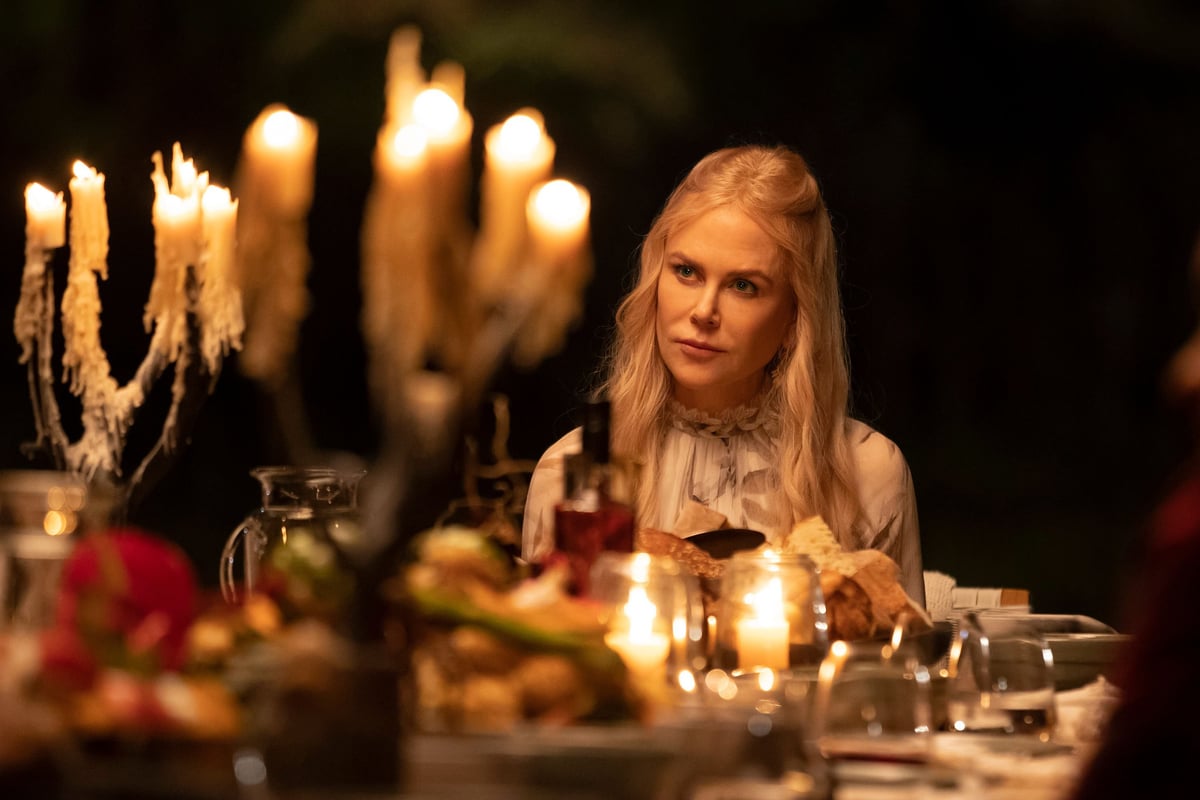 While on set in Byron Bay, Kidman stayed in character the entire time, and wouldn't respond when people called her Nicole.

"It was the only way I could actually relate to people was that way," she said, "because I felt like, otherwise, I would be doing a performance, and I didn’t want to feel that way."

Kidman also put on a Russian accent for the role, telling Town and Country: "I sort of found the accent due to putting together her whole life story and made it a Russian-American mix."

"I wanted a very calm healing energy to emanate all the time," she added. "So, I remember going over to people and sort of putting my hand on their heart or holding their hand."

The 54-year-old is an Oscar winner, well known for her extensive filmography, but recently taken TV roles such as in The Undoing, Big Little Lies, and so much more. 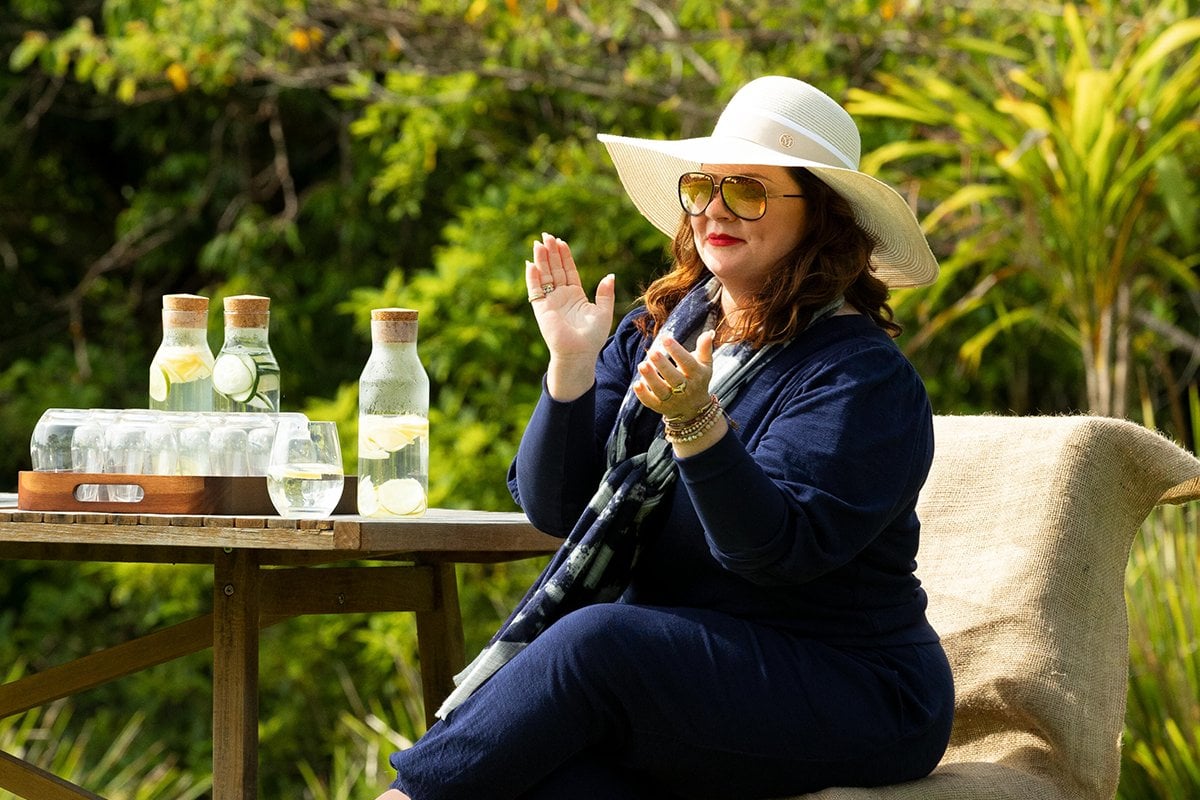 Melissa McCarthy stars in the series as a romance writer named Frances, who is still stinging from a career failure and a personal betrayal.

McCarthy, 50, is best known for her comedic roles in movies Bridesmaids, The Heat and Spy.

However, the actress has also taken on a number of dramatic roles, including appearances in St. Vincent and Can You Ever Forgive Me? 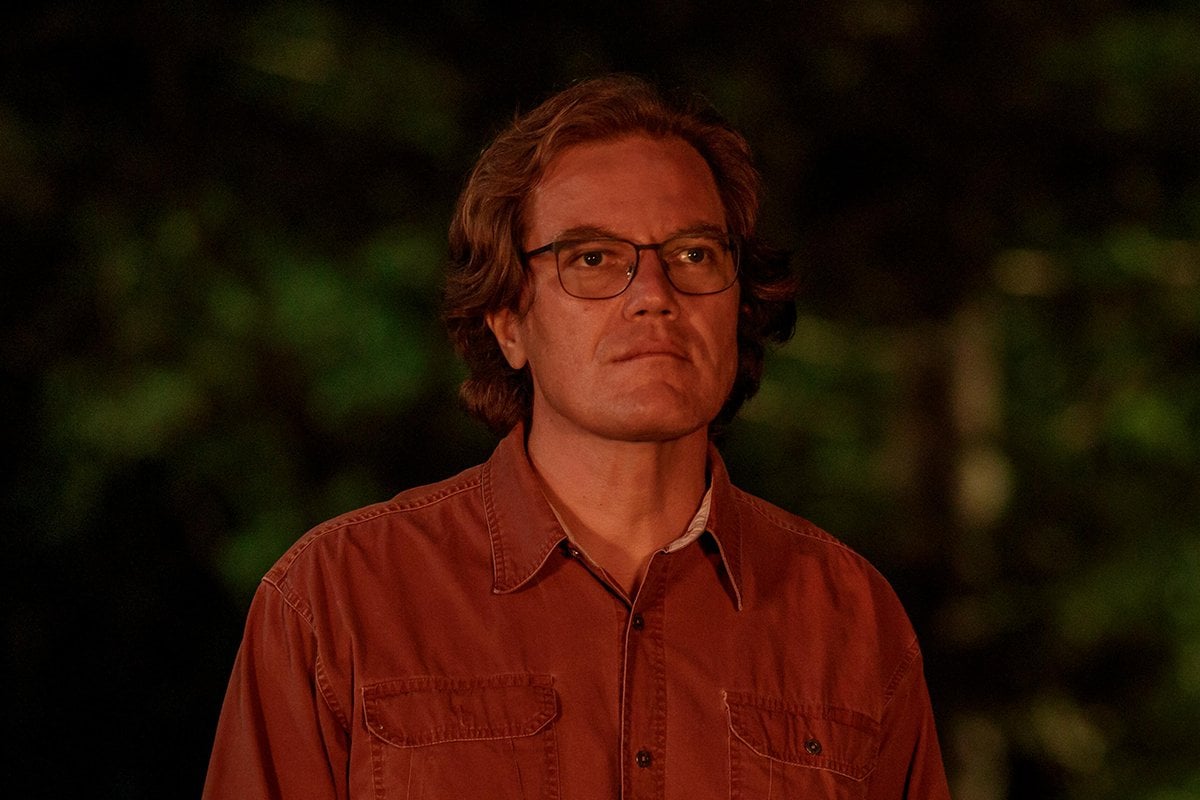 Michael Shannon plays Napoleon Marconi, a high school teacher who has travelled to Tranquillum House with his family following the death of his teenage son.

"In the show, my husband, played by the amazing Michael Shannon, and our daughter, played by Grace Van Patten, have come to this wellness retreat exactly three years after their son Zack took his own life. They are there to escape but also to reconnect with each other," Shannon's co-star Asher Keddie told Mamamia.

"But of course they, like all the other strangers there, really have no idea what is to come during this 10-day retreat and what shape their journey is going to take."

Recognised as an incredibly versatile actor, Shannon is know for his roles in The Shape of Water, Knives Out, Man of Steel, Revolutionary Road, and Boardwalk Empire. 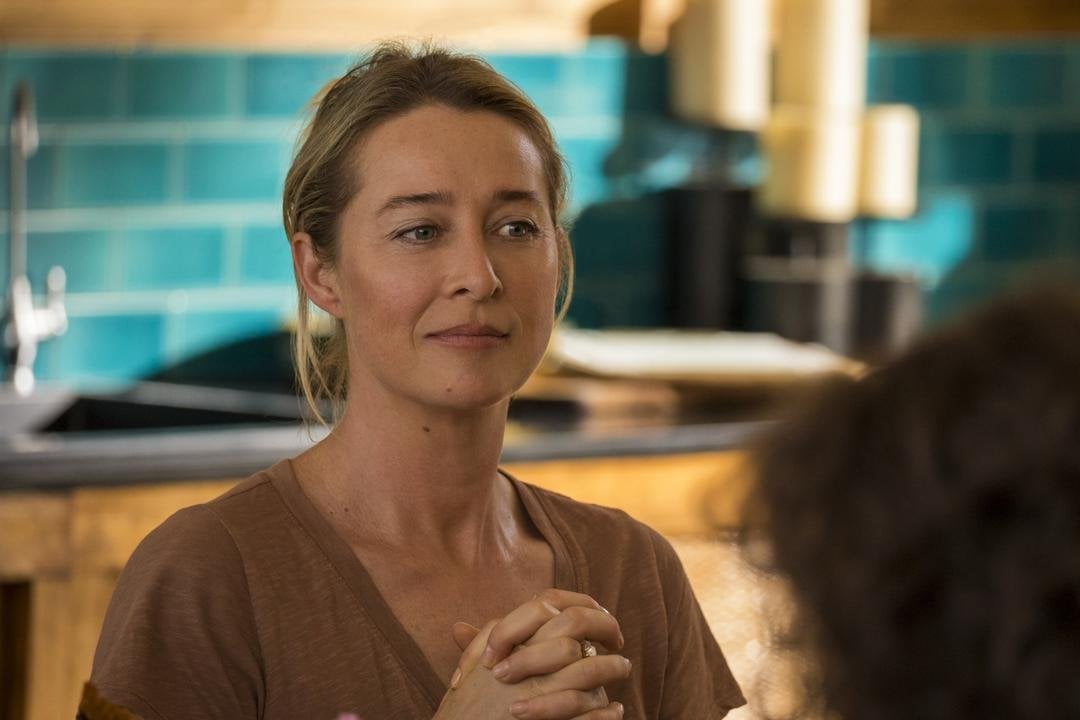 Australian actress Asher Keddie appears in the series as Napoleon Marconi's wife, Heather, who is struggling after the death of her son.

Speaking to Mamamia, Keddie shared that delving into Heather's unimaginable grief, mourning a child who died by suicide, was the most difficult part of the filming process for her.

The actress is a mother to her stepson, 12-year-old Luca, with her husband Vincent Fantauzzo, and the couple also share a second son, Valentino, who is six.

"The hardest scene for me to watch back is a scene where Heather connects with her child who has passed away," Keddie told Mamamia.

"It's the most difficult scene for me to watch purely because it just pulled me straight back into how it felt to shoot it. To feel the joy of connecting with him and hearing him. Then she has this beyond painful moment of realisation that she may have been responsible for his death. That was so difficult for me to shoot."

You can read our full interview with Asher Keddie here: "It’s unpredictable and confronting." Nine Perfect Strangers is not at all what you were expecting.

Outside Nine Perfect Strangers, Keddie is best known for her roles in Offspring, Love My Way, Stateless, and Underbelly. 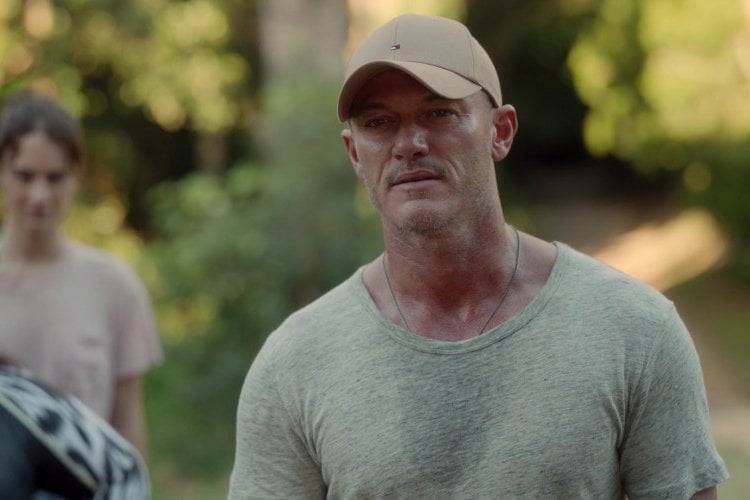 Lars attends Masha's retreat shortly after breaking up with his partner. However, Lars is skeptical of Masha's methods.

Outside Disney, you may have seen Evans in his roles in the Fast and Furious franchise, The Hobbit franchise, Dracula Untold, and Netflix series The Alienist. 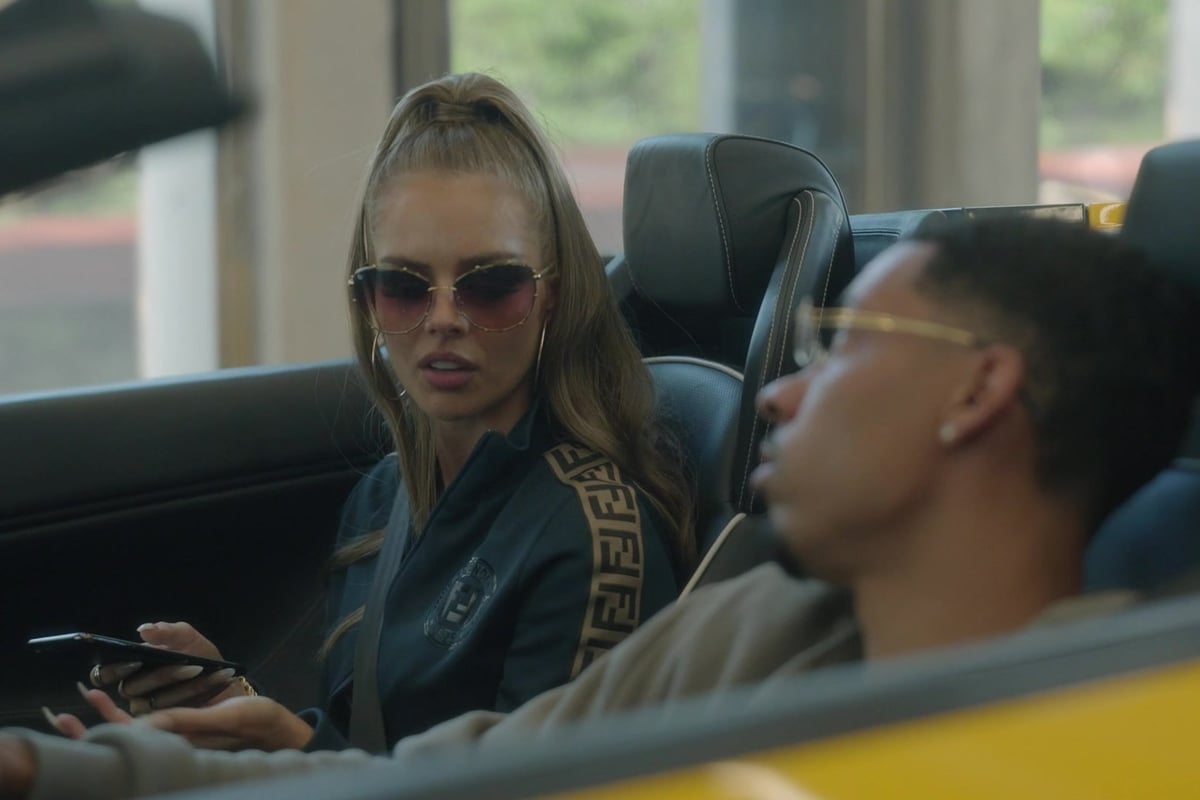 Australian actress Samara Weaving stars as Jessica Chandler, a social media influencer who is hoping to reconnect with her husband, Ben, after they won the lottery.

The 29-year-old, who is the niece of actor Hugo Weaving, initially kick started her career on Home and Away, before moving to Hollywood and appearing in supporting roles in Ash vs. Evil Dead and Three Billboards Outside Ebbing, Missouri.

She later made her big break in the horror Ready or Not before taking on roles in The Babysitter, The Babysitter: Killer Queen, Hollywood, and Snake Eyes. 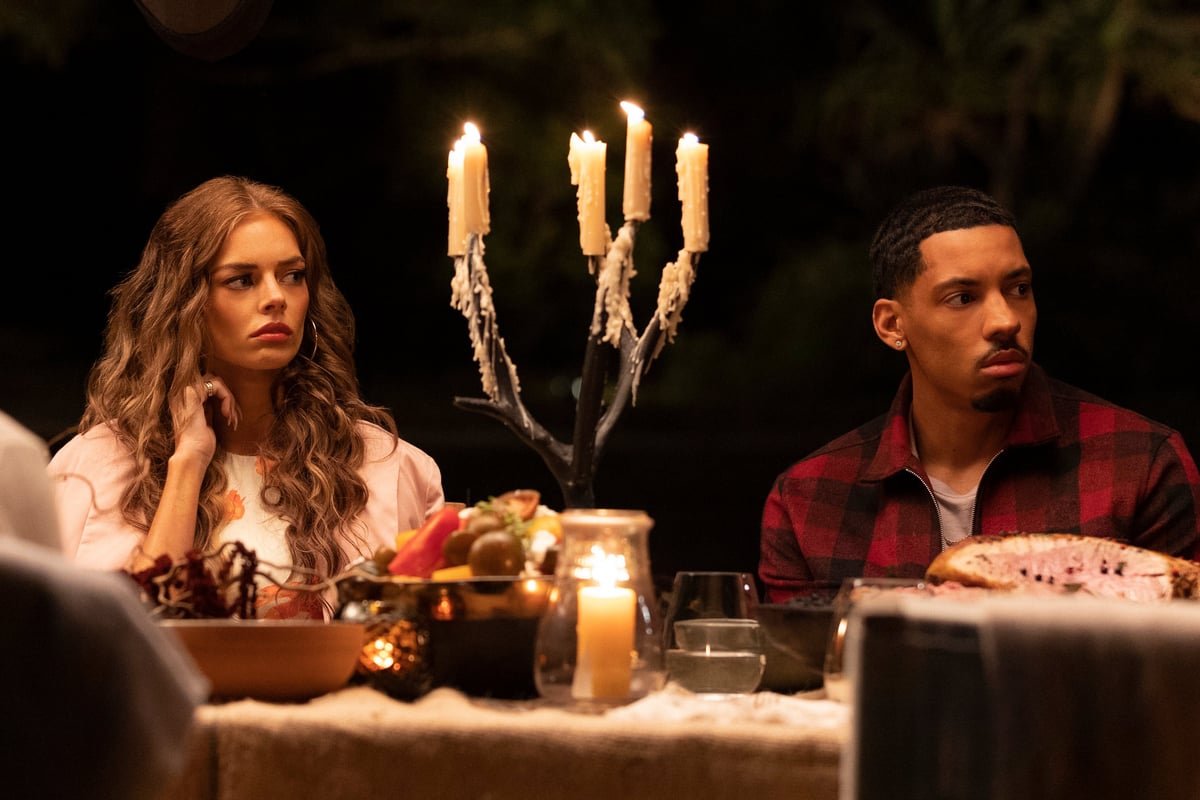 Melvin Gregg appears in Nine Perfect Strangers as Ben, whose life changed dramatically after winning the lottery, leaving him feeling a little aimless in life.

Gregg, 32, actually got his start on the video platform Vine, which was like TikTok... before TikTok.

After gaining seven million followers on the platform, Gregg has starred in UnReal, American Vandal, Snowfall, and The Way Back. 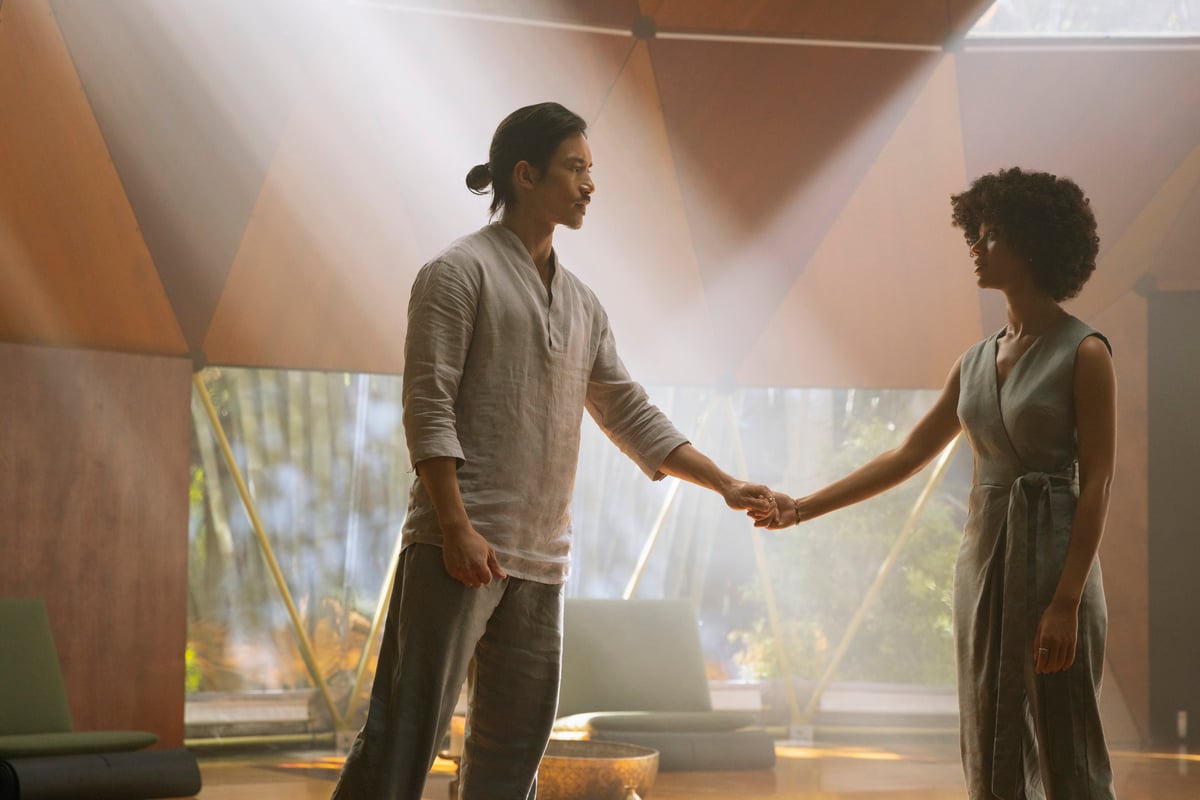 Tiffany Boone plays Masha's assistant Delilah, who has some concerns over Masha's practices at Tranquillum House.

Viewers will remember Boone from her role as the younger version of Kerry Washington's character in Little Fires Everywhere.

You may have also seen the 33-year-old in The Following, The Chi, and Hunters. 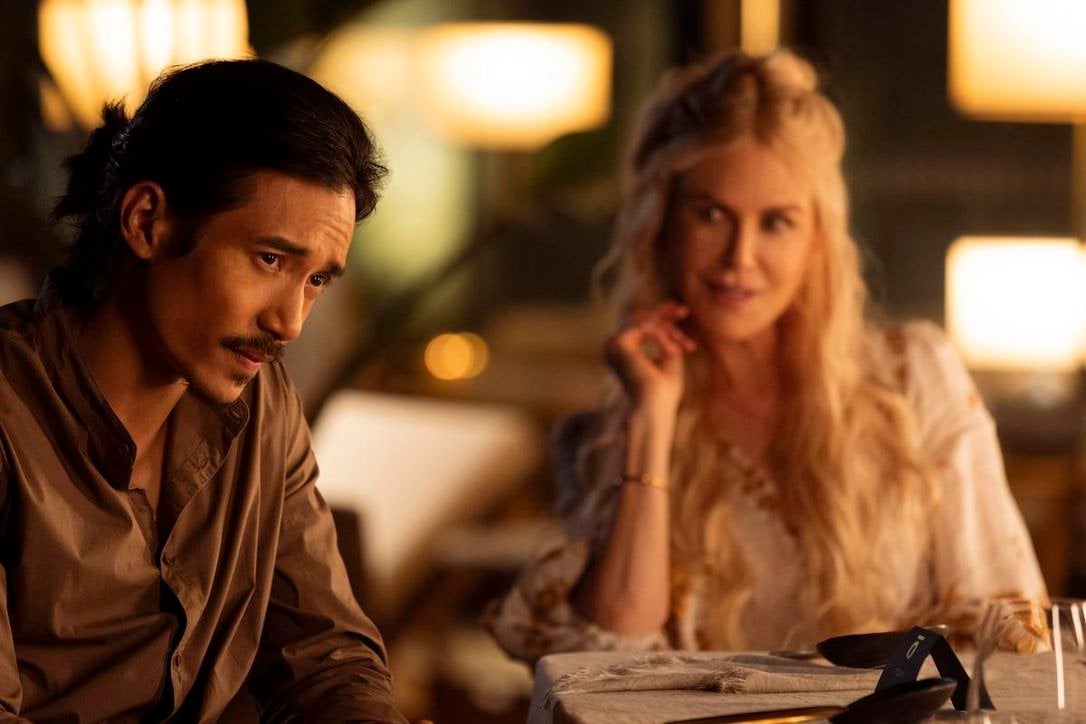 In the series, Yao has an unbreakable bond with Masha, and has a strong belief in her practices. He also happens to be Delilah's boyfriend in the show.

Jacinto is best known for his breakthrough role as Jason Mendoza in The Good Place. He's also had roles in The Good Doctor, Bates Motel and Brand New Cherry Flavor. 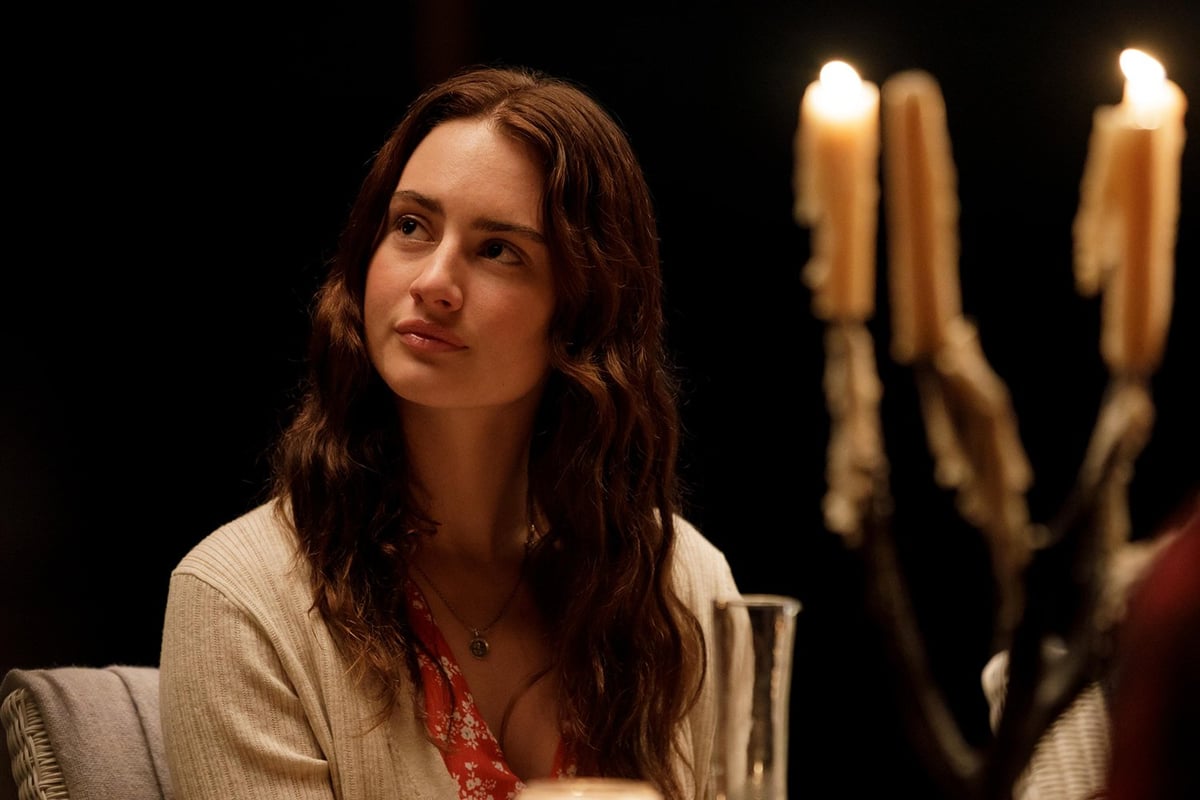 At just 24 years old, Van Patten is one of the youngest cast members on Nine Perfect Strangers.

She has previously appeared on The Sopranos, which her father Timothy Van Patten directed. More recently, the actress has had roles in Under the Silver Lake and Maniac. 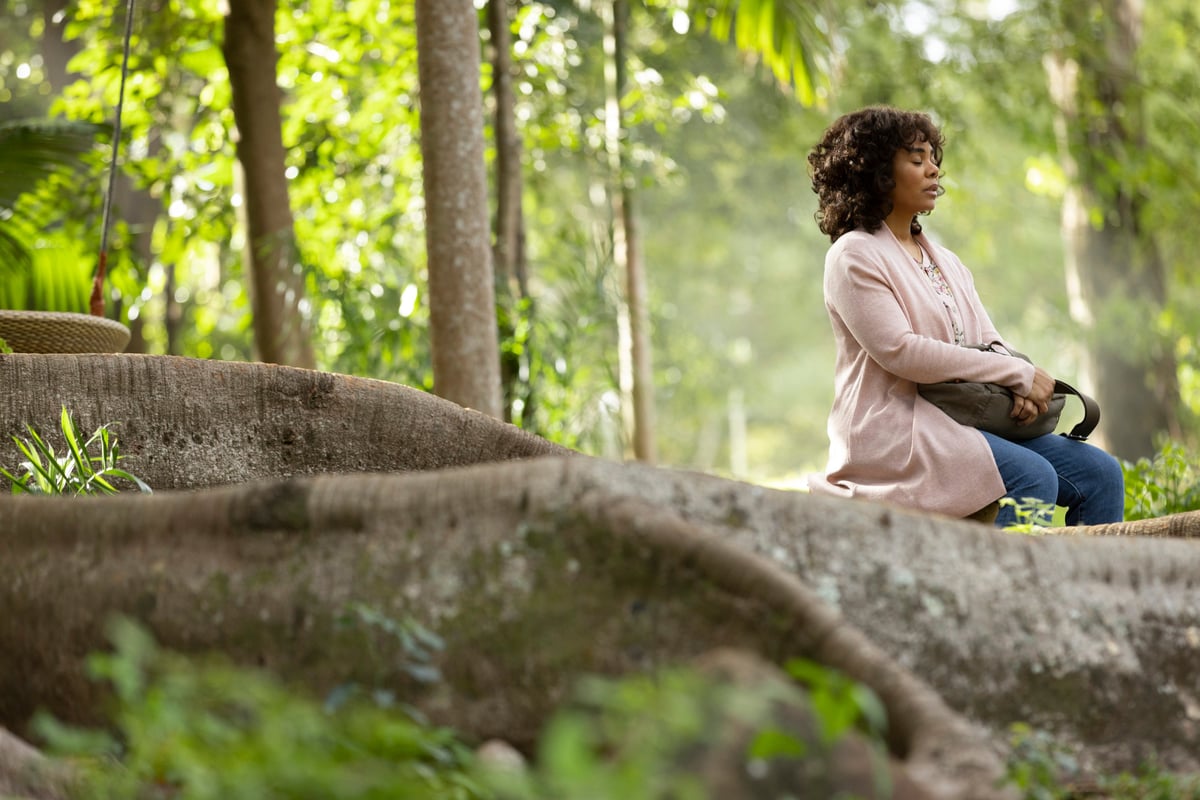 Regina Hall plays Carmel Schneider, a mother-of-four who has recently separated from her husband.

Hall is best known for her roles in the Scary Movie franchise, Girls Trip, Little, The Hate U Give, and Black Monday. 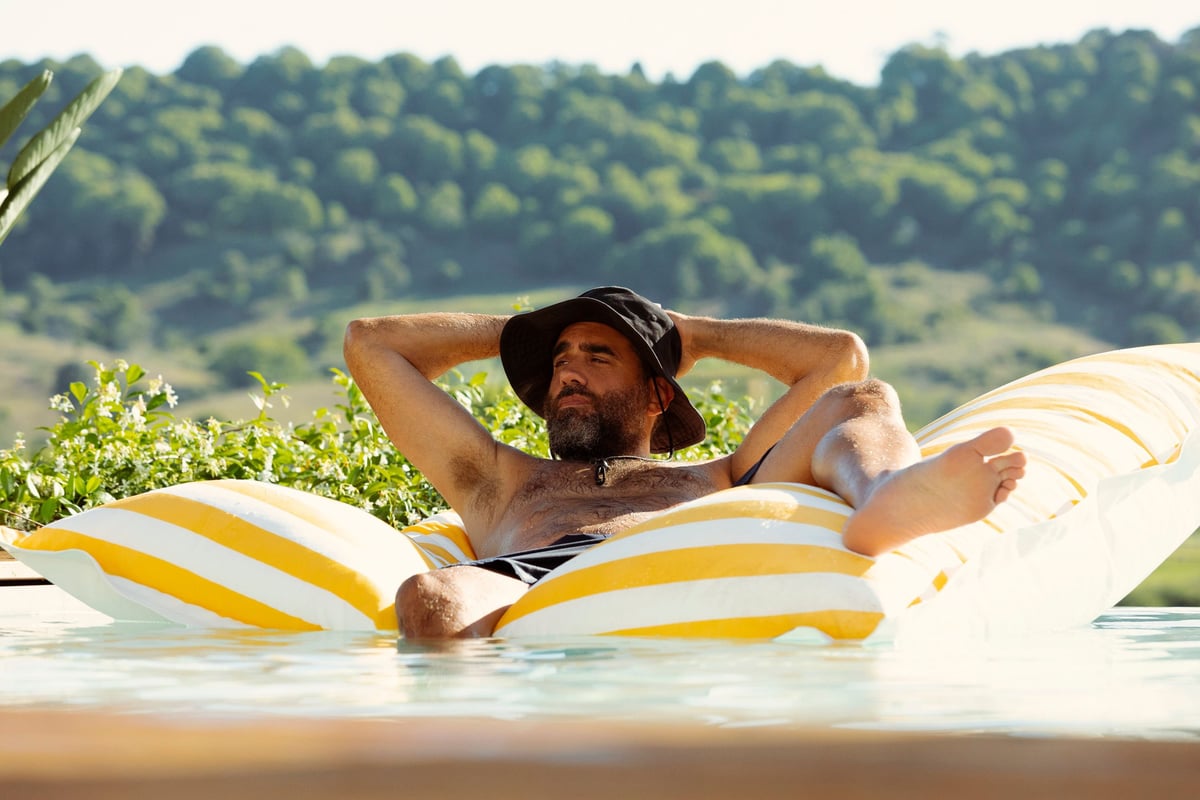 Bobby Cannavale appears in the series as the grouchy Tony Hogburn, a former football player who is struggling with an addiction to painkillers following a serious injury.

Viewers will recognise Cannavale from his roles in Boardwalk Empire, Will & Grace, Master of None and The Irishman, to name a few.

He's also been in a relationship with Australian actress Rose Byrne for eight years. The couple share two sons: Rocco and Rafa.