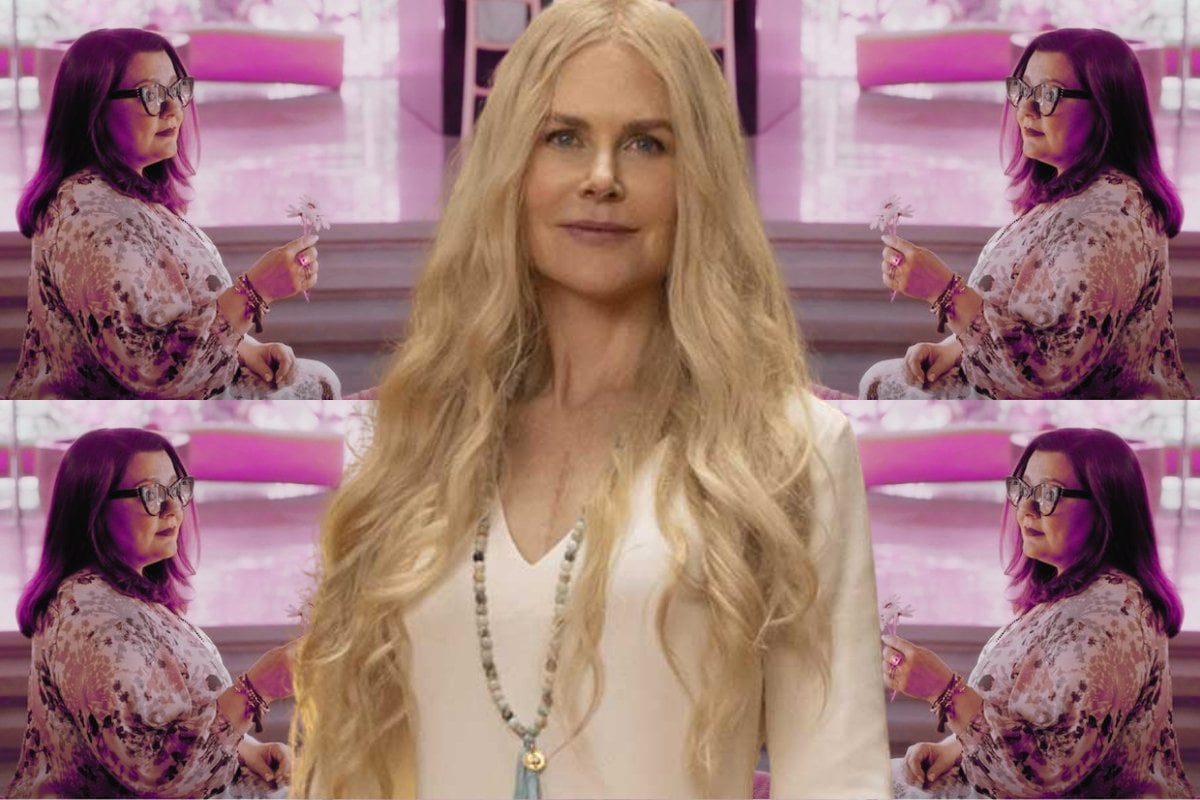 All is not well.

That's the tagline for Amazon Prime Video's new series, Nine Perfect Strangers, and it perfectly sums up what the series is about.

Set at a wellness retreat called Tranquillum House, the series explores what happens when nine strangers, all dealing with their own stories of loss and grief, are brought together for a 10-day retreat and pushed to their limits.

The series premieres on the streaming service on August 20 and it is set to be one of the biggest TV shows of 2021.

Watch the trailer for Nine Perfect Strangers. Post continues below.

So here's everything you need to know about Nine Perfect Strangers before you watch it:

1. It's not quite what you expect.

The series is not a horror or thriller but more of an unsettling dive into grief and loss and what can happen when someone takes advantage of that.

“But at the end of the day, even though we’re playing with those tropes, I think, for me, it was about character and about these beautiful people that you kind of empathise with and fall in love with.”

2. It's based on Liane Moriarty's bestselling book.

The series is adapted from Australian author Liane Moriarty's bestselling book of the same name. But while the book was set in Australia, the series is set in California.

This is the second book of Moriarty's to be adapted for TV, with Big Little Lies premiering in 2018.

3. It was filmed in Byron Bay at a real wellness retreat.

The series was filmed in the middle of 2020 when America still had hard lockdowns, so it was filmed at a real wellness retreat in Byron Bay.

“We shot in a real wellness centre, so we were essentially living the show,” director Jonathan Levine told Town and Country.

“Everyone was drinking their juices every day, everyone was eating that food that was presented to them; you can't overstate how much realer it feels when you're in an actual space.”

4. The cast is made up of both American and Australian actors.

The series has an amazing cast including some big Hollywood names and some local favourites.

5. Nicole Kidman got very into her... character.

Look, I just feel like you need some warning going in. Nicole Kidman has a Russian accent, and it's a lot.

“I sort of found the accent due to putting together her whole life story and made it a Russian-American mix,” she said during the TCA panel. “The first scene we shot was the scene where I come in the room and say, ‘I am Masha. Welcome to Tranquillum.’ And then, I was able to stay in that place.”

“I wanted a very calm healing energy to emanate all the time. So, I remember going over to people and sort of putting my hand on their heart or holding their hand.”

Kidman also said she stayed in character the entire time and wouldn't respond when people called her Nicole.

“It was the only way I could actually relate to people was that way,” she said, “because I felt like, otherwise, I would be doing a performance, and I didn’t want to feel that way.”

6. On that, Liane Moriarty wrote the character with Nicole Kidman in mind.

"I've never had that happen where a novelist has written a role for me," she said.

It makes sense as Kidman would have been filming Big Little Lies while Moriarty was writing Nine Perfect Strangers.

7. Like The White Lotus, the series explores wealth and class divides.

There are clear comparisons in the show between the people who can pay to spend time at an exclusive wellness retreat and the people who are hired to look after their every need.

8. Melissa McCarthy is the best thing about it.

While Kidman plays the main character in the series, Melissa McCarthy definitely has the standout performance.

She's absolutely brilliant in this.