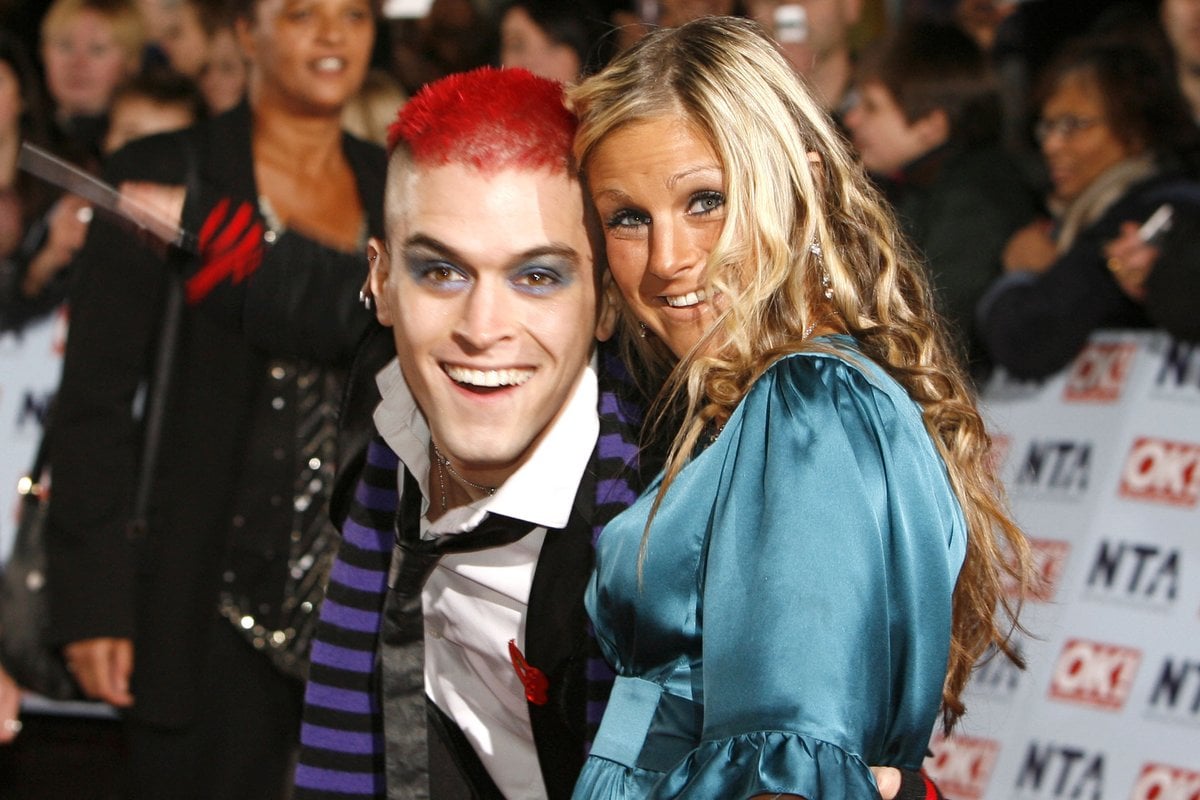 In fact, she came in fifth.

But thanks to her fun, bubbly personality, and her Diary Room histrionics, she became one of the most memorable contestants of all time.

And while the then 24-year-old from London was entertaining the nation, she was also falling in love with the eventual winner of the show, Pete Bennett.

Side note... watch the unspoken, heroic acts of sisterhood. Post continues after video.

The pair became close in the house and were often seen hugging and comforting each other.

They got together right at the end of the series, then continued their relationship on the outside - but it only lasted a couple of months.

"It didn't really last that long afterwards because Nikki without Big Brother telling her off is another ball game," Bennett, who suffers from Tourette syndrome, told OK! magazine after they split. "It worked in the house, but if there isn't a big booming voice coming over the tannoy, there's no stopping her. The dynamics completely changed."

"It was a good ending to the show and was nice," Bennett added. "In between those times, me and Nikki were very close and cuddled and she was a great friend."

Grahame later commented on the relationship, saying: "I hated it when I realised I was falling in love with Pete Bennett... It was never meant to be. But I loved him at the time. Truly, it was special."

Even though the romance was short-lived, the pair remained close friends throughout the years.

In 2016, they were reunited on Loose Women to mark a decade since they first met.

"I will always be fond of Pete," Grahame said, while Bennett joked: "We used to see each other. Then she got all famous. Where’s my phone call?"

Five years later, when Bennett heard Grahame had relapsed after a 30 year battle with anorexia during the UK's coronavirus lockdown, he thought he might be able to save her.

Grahame was diagnosed with anorexia when she was just eight. In her book, Dying to be Thin, she wrote that she first began to feel self-conscious about her weight after a girl at a gymnastics class called her fat. Her insecurities grew worse after her parents split.

After her diagnosis, Grahame went to seven different institutions for treatment over a period of eight years. At times, she was sedated so that she could be force-fed through a tube.

She also attempted suicide twice during that time.

Although Grahame had periods of stability, she also relapsed numerous times over the years, including in 2016 when the TV work she'd received after her Big Brother appearance began to dry up.

In March this year, her mother, Sue Graham, told The Telegraph that the coronavirus lockdowns had severely impacted her daughter's mental health.

“This last year has just about floored her," she explained. "From the first lockdown, it was hellish. She struggled because she couldn’t go to the gym. Then in December she fell down and cracked her pelvis in two places and broke her wrist. I stayed with her for three or four weeks because she couldn’t do anything. I think last year really put the cap on it, with COVID," she explained.

"We’ve been on this road a long time, 30 years on and off, and I’ve never seen her this bad. I’m frightened that I’ll die and she’ll have no one to support her. I don’t want her to go through any of this alone."

In March this year, when the fundraiser was set up by Grahame's friends to help her into treatment for anorexia, Bennett showed his support by sharing the link to it in his Instagram bio.

"Remember the fundraiser to help get her into a specialist anorexia clinic is in my bio!" he wrote on Twitter and Instagram.

The GoFundMe raised AUD$117,000 allowing Grahame to check into a private treatment facility.

Speaking to Sky News, Bennett said upon seeing the fundraiser he had realised just how unwell Grahame was and raced to her bedside.

"I just got in the cab and went over there with my girlfriend, who is a mental health nurse. We just tried to give her love and support.

"Me and Nikki had a great connection. I thought the love I had for her would boost her up and get her out of the darkness."

While visiting her, Bennett posted a photo of the pair, with the caption, "Visiting my Nikki and still cuddling to this day." He added the hashtag, #SaveNikkiGrahame.

Less than a month later, came the announcement that Grahame had passed away on April 9, age 38.

Her friends said via GoFundMe: "Nikki not only touched the lives of millions of people, but also her friends and family who will miss her immensely."

In an interview with Sky News, a tearful Bennett said: "My heart goes out to everyone who was trying to help her.

"Carly, her best friend, I know is really struggling, my heart goes out to her. I know what it's like to lose a best friend, especially when you're trying to save them.

Explaining the effect lockdown has had on those who suffer from mental illness, Bennett said: "This has really highlighted it. Look what it's done.

"It has taken one of the best characters that the world has ever seen. This is rubbish, man."

Later, Bennett paid homage to Grahame in a video, saying: "I thought to myself, yeah, we can save her. But it’s OK. she’s in a good place. She’s not suffering anymore. We really love you Nikki."