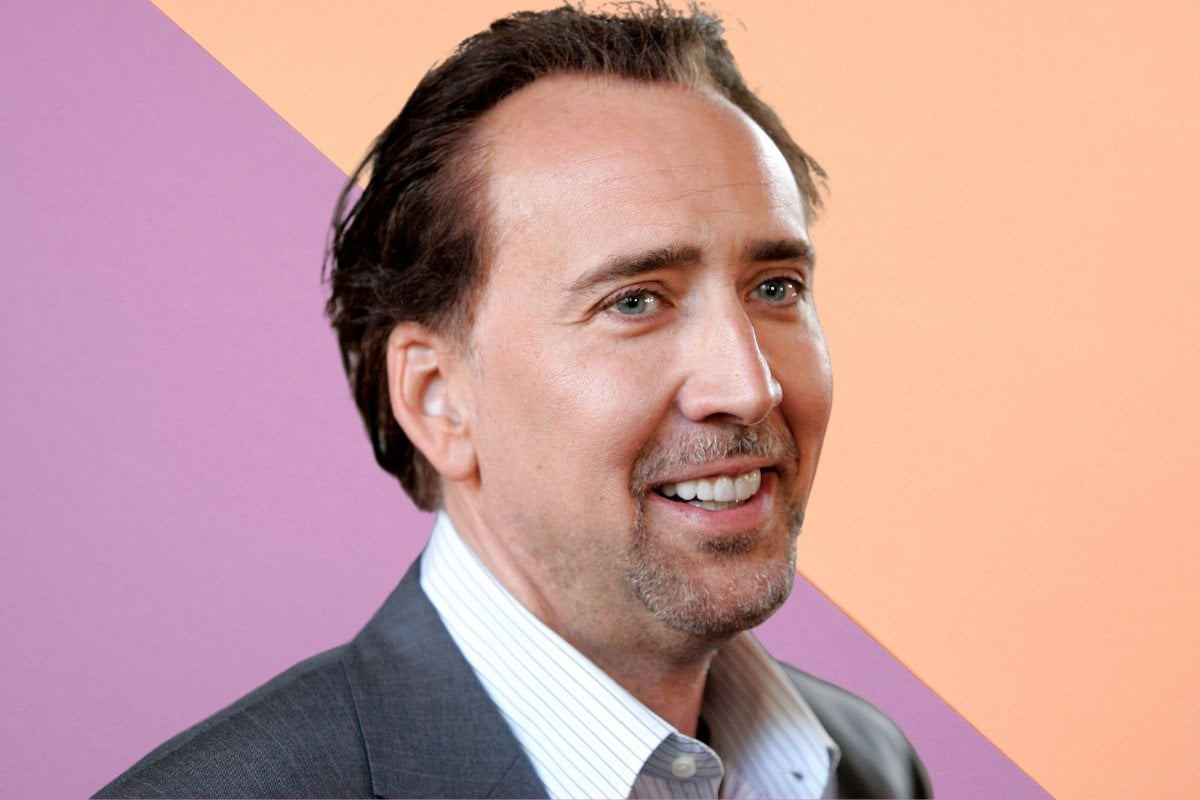 Let's cut straight to the point.

Celebrities have a certain penchant for spending their hard-earned cash on... really stupid sh*t.

But when it comes to celebrity spending habits, there's no one that quite compares to Nicolas Cage.

Watch: Our favourite celebrities doing impressions of other celebrities. Post continues below.

At the height of his career, Nicolas Cage was one of the highest paid actors in the world.

In fact, according to Forbes magazine, the National Treasure actor earned $40 million in 2009 alone.

In 2009, he faced foreclosure on several of his properties, and he owed the Internal Revenue Service (IRS) $6.3 million in property taxes.

The lawsuit claimed that Levin had "failed to pay taxes when they were due".

In response, Levin filed a counter lawsuit, claiming that Cage had been living beyond his means and "spending most of his free time shopping for high ticket purchases".

As part of his response to Cage's original lawsuit, Levin listed the actor's (frankly ridiculous) purchases.

He shared that one of Cage's shopping sprees "entailed the purchase of three additional residences at a total cost of more than $33 million; the purchase of 22 automobiles (including 9 Rolls Royces); 12 purchases of expensive jewellery; and 47 purchases of artwork and exotic items."

While Cage later dropped the lawsuit against his former business manager, his financial woes didn't fade away.

And in the years since, the actor has reportedly been taking on "roles left and right" to pay off his remaining debt.

Here's a rundown of the most ridiculous purchases Nicolas Cage blew his fortune on:

At one point in his career, the 56-year-old actor owned 15 residences, including a $25 million waterfront home in Newport Beach, California, a luxury $8.5 million home in Las Vegas, and a $3.4 million mansion in New Orleans, which is regarded as the most haunted house in the United States.

He also purchased two castles in Europe, which he purchased for $10 million and $2.3 million respectively, as well as two (yes, two) private islands in the Bahamas.

Outside of his endless home purchases, Cage has already bought himself a nine foot tall pyramid tombstone. ¯\_(ツ)_/¯

The tombstone is located in the oldest cemetery in New Orleans.

A private jet and a yacht.

At one point in his career, Cage owned four luxury yachts.

According to The Mirror, the actor's most expensive yacht, which had 12 bedrooms, is worth around $20 million.

Oh, and he also bought a private jet. Because of course he did. 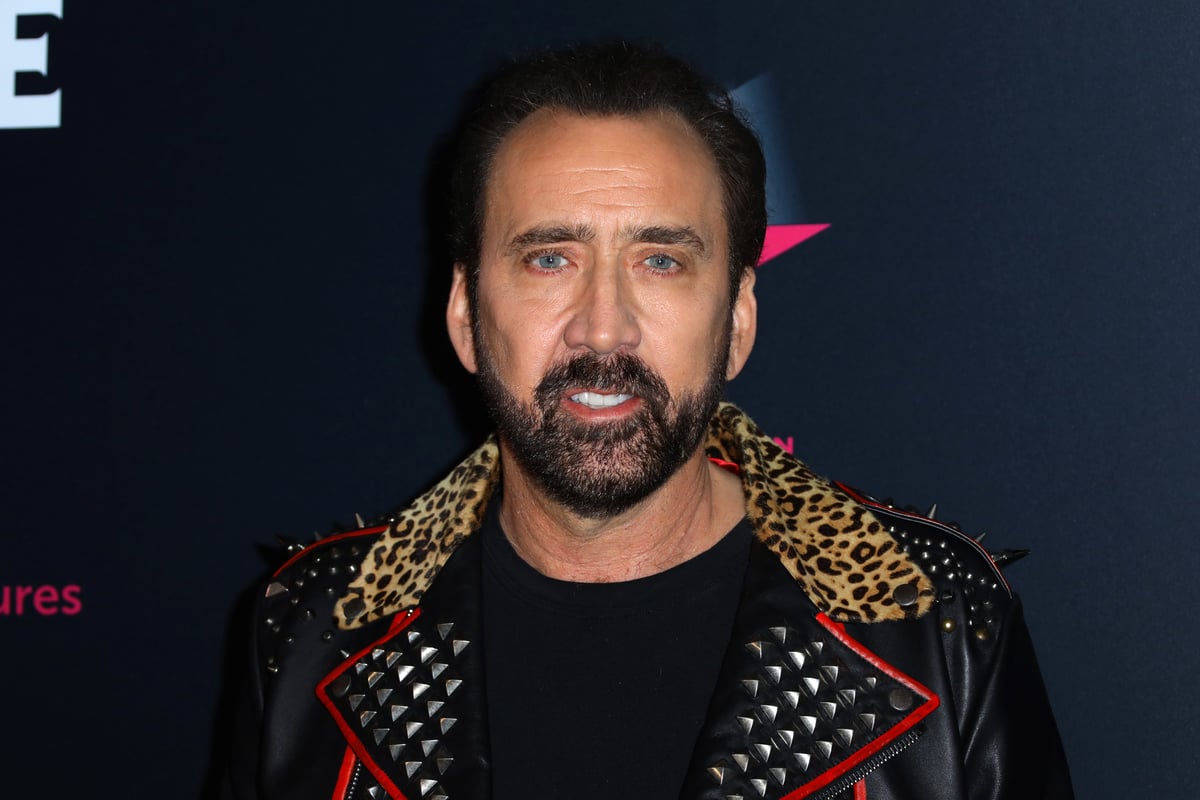 Cage reportedly has an extensive vehicle and motorcycle collection.

The actor has spent his fortune on more than 50 rare cars and roughly 30 motorbikes.

The 56-year-old's collection included a Lamborghini, which was once owned by the Shah of Iran, and a Ferrari Enzo, which cost an eye-watering $1 million.

For a short period, Cage owned a $276,000 T-Rex skull, which he reportedly outbid Leonardo DiCaprio for.

As the skull was later found to be stolen, the actor was forced to return his purchase to Mongolian authorities so it could be returned to its original owner.

The actor also previously owned a prehistoric bear's skull, which was accidentally destroyed while he was playing pool with Game of Thrones star Sean Bean.

As well as collecting the skulls of prehistoric creatures, Cage reportedly collected some bizarre knickknacks, including shrunken Pygmy heads.

The first ever Superman comic.

Throughout his career, Cage has spent a lot of money on comic books.

At one point, Cage owned a near-mint copy of Action Comics #1, the first ever comic book to feature Superman.

Reply
Upvote
3 upvotes
"The actor also previously owned a prehistoric bear's skull, which was accidentally destroyed while he was playing pool with Game of Thrones star Sean Bean."
This is a a great start for a story - I need to know more!!
C
cat a year ago

Reply
Upvote
A man handed huge success and fortune simply because of his family connections doesn’t value that fortune and behaves appallingly then tries to blame other people?
I can’t say I’m shocked.
J
jverse751 8 months ago

Reply
Upvote
@cat , The man is an academy award winning actor, and wasn't handed anything , yes his uncle is Francis Ford Coppola , but he earned that money through his immense acting talent , Cage is a fantastic actor , yes he has been acting in alot of B movies in the last 5 to 10 years but the man wasn't handed anything he earned his money fair and square and how he spent it is his business sure it wasn't maybe the smartest way in how he spent his finances but atleast the man had a blast doing it .
News
General
Opinion
True Crime
Politics
Sport
Explainer
Entertainment
Celebrity
Reality TV
Movies
TV
Books
Rogue
Royal
Lifestyle
Beauty
Fashion
Weddings
Home
Wellness
Health
Fitness
Travel
Food
Parents
Before The Bump
Pregnancy
Baby
Kids
Teens
School
Parent Opinion
Work & Money
Money
Finance
Career
Lady Startup
Relationships
Sex
Dating
Separation
Friendship
Family
Real Life
Couples