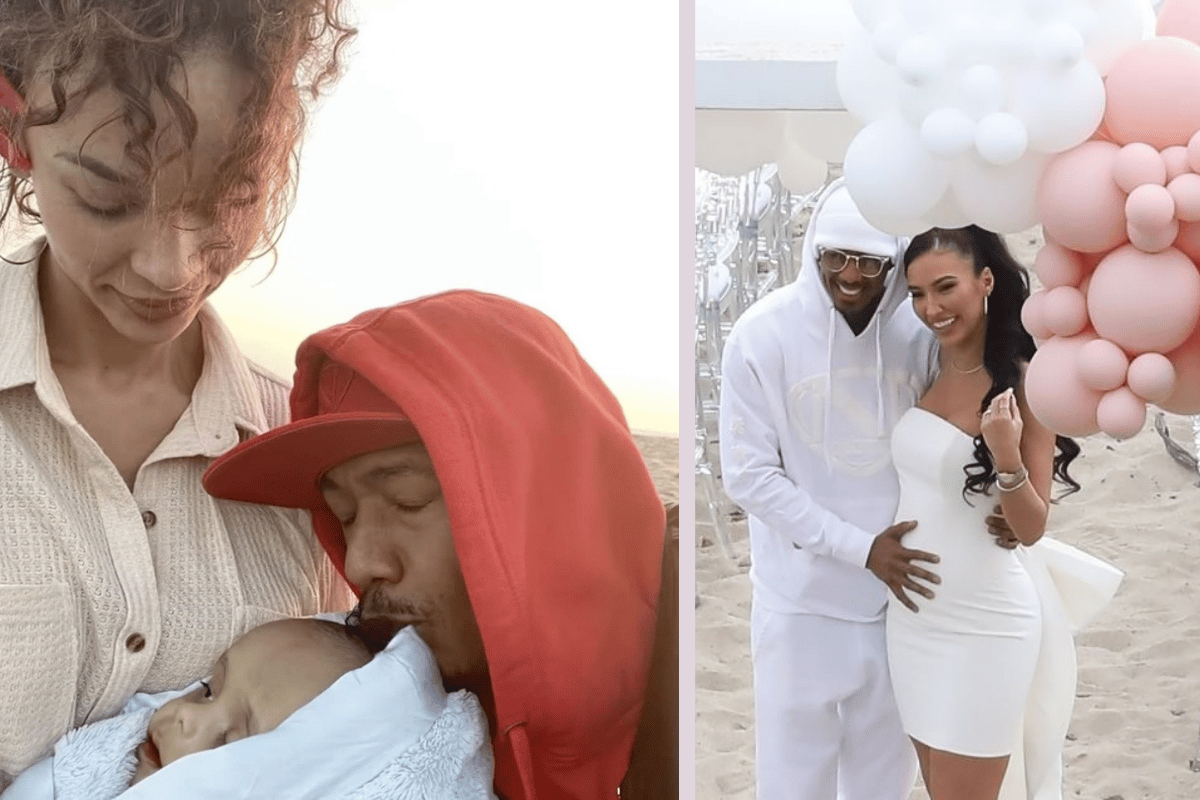 This week Nick Cannon, has announced he will be adding a new member to his family.

Cannon confirmed he and model Bre Tiesi are expecting a baby during the opening of his talk show, The Nick Cannon Show. They also just had a gender reveal party, where they learned they will be welcoming a baby boy later this year.

The baby boy will be Tiesi's first and Cannon's eighth.

Speaking on his daytime talk show in December 2021, Cannon shared that his son died from a brain tumour.

"Over the weekend I lost my youngest son. I didn't know how I was going to handle today, but I just wanted to grieve with my family," he said.

Cannon and his then-girlfriend, model Alyssa Scott, initially thought their son had a sinus problem.

"I always noticed he had a cough and so I wanted to check it out," Cannon said.

"He had this interesting breathing and by the time he was two months I noticed he had this nice sized head too: a Cannon head. We didn’t think anything of it. We thought [the doctor's visit] would be routine."

Sadly, the doctors discovered that Zen had fluid building in his head, later confirming that the child had a malignant brain tumour.

The couple decided that Zen would undergo brain surgery, with the five-month-old getting a shunt to drain the fluid in his brain.

But things took a turn for the worse around Thanksgiving in late November.

"Ultimately, it was cancer in the brain and the tumour began to grow a lot faster. And so we knew that time was..." he said before pausing.

Listen to No Filter. Milan & Me: A story of love and hope. Post continues after audio.

"This weekend I made a valid effort to spend the most quality time I could spend with Zen. We woke up on Sunday and I was like, 'I feel like I want to go to the water.' We got a chance to go to the ocean."

After the family's final trip to the beach, Cannon was planning to fly back to New York for his daytime show. It was on the way to the airport that Cannon received a phone call that he needed to come home.

Zen passed away later that day.

In sad news, Nick Cannon has announced the passing of his 5 month old son, Zen who passed away from a brain tumor.— We send our love and prayers to Nick and Alyssa Scott during this difficult time 🖤 pic.twitter.com/5nBKWmVNQv

For Cannon, his decision to immediately return to work and present his live show was incredibly tough, but it was a much needed distraction for him.

The episode was titled, "A special show dedicated to my beautiful son, Zen."

A source from the Nick Cannon Show told Entertainment Tonight that the show's producers were "unaware of the tragic and extremely personal announcement Nick was going to make about the loss of his youngest child" during the live show.

Amid the tragic experience, Cannon didn't share with anyone that around the time of Zen's passing, Cannon knew Tiesi was pregnant with his child.

Nick Cannon was spotted at a gender reveal party with model Bre Tiesi in matching outfits as they announced the pregnancy news.

This comes just months after the artiste lost his five-month-old son to cancer.#tukonews https://t.co/tDOwb15lTG

"So even going through all of that, this was always in the back of my mind, like, what is the right time? How do I share this? No one, we didn't expect Zen to pass away ... All of the news was so unexpected."

Cannon and Tiesi decided to wait and keep Tiesi's pregnancy private from the public, in order to "respect the grieving process. Bre was respectful enough, she held off making our announcements and speaking on social media."

Paparazzi pictures were released over the weekend of the couple's pregnancy gender reveal, therefore urging them to make a public statement.

Cannon was previously married to Mariah Carey for eight years, from 2008 to 2016.

The former couple are still on good terms, often sharing photos of their little family together at birthday parties and Christmas celebrations.

Zen, who was born in June, was just nine days younger than his twin half-brothers.

Cannon recently spoke about his love for being a father in an interview with Vibe.

"Anybody who knows me: I'm at every basketball game, every martial arts practice, and people don’t understand how I do it, but my children are my priority. It's all about being present," he shared.

"I'm having these kids on purpose! I didn't have no accident!"

This article was originally published on December 8 2021, and was updated on February 1, 2022.