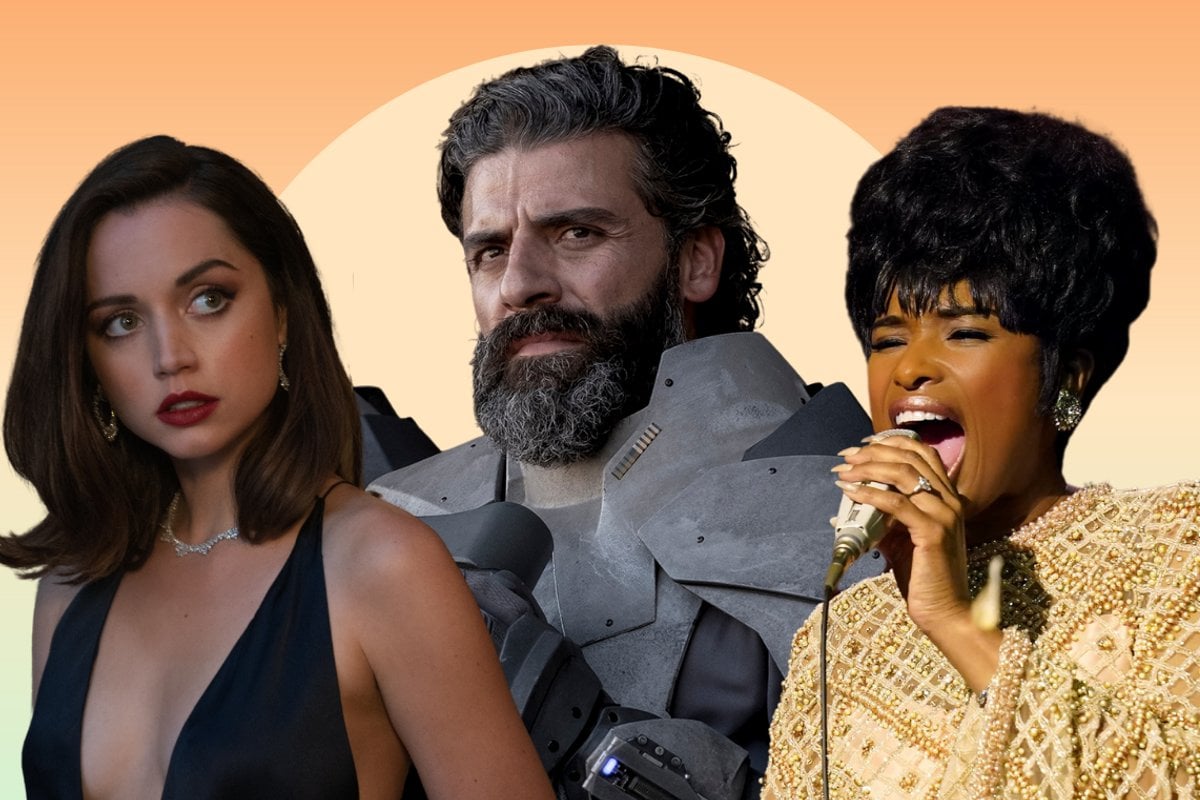 It's been a tough year for movie lovers.

As various Australian states have gone in and out of lockdown, many of us have missed out on watching this year's new releases.

The things you never say in 2021. Post continues below.

Cinemas are opening up in New South Wales, and Victoria (hopefully) isn't too far behind.

So, as cinemas reopen, here are nine new movies to watch first.

Shang-Chi and the Legend of the Ten Rings 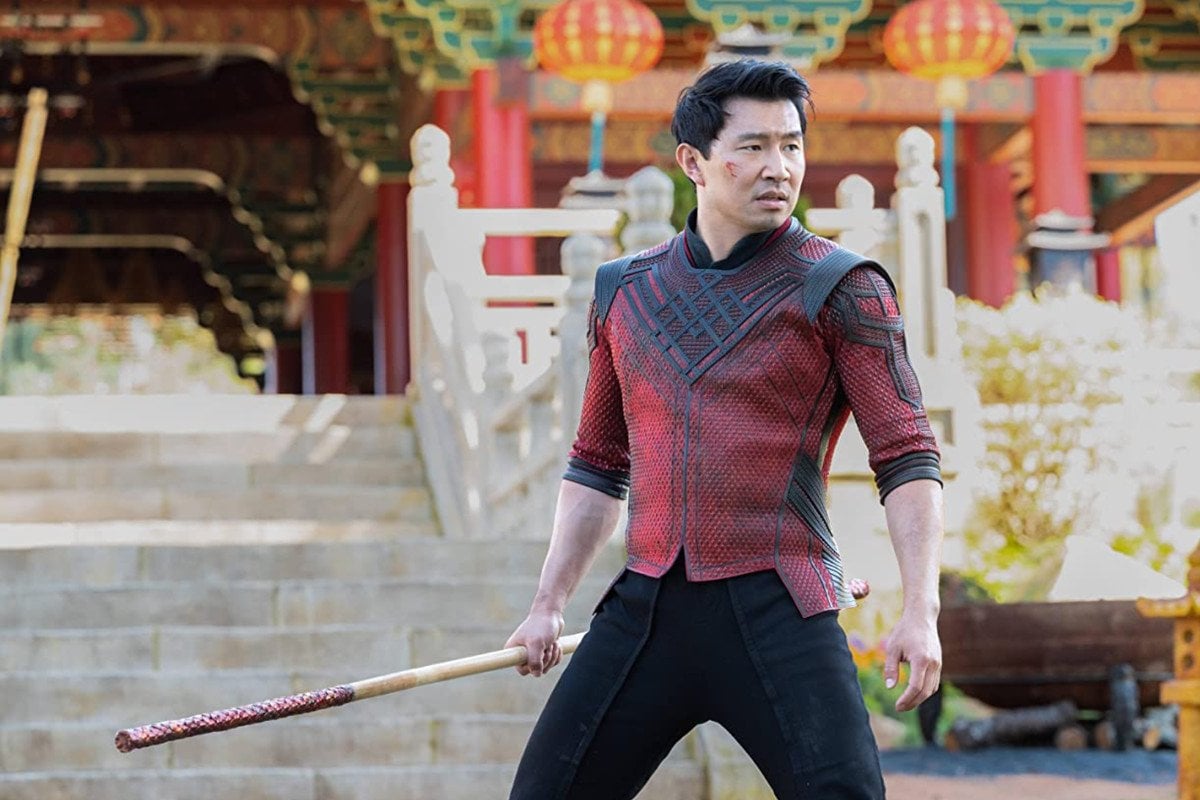 In 2014, actor Simu Liu tweeted Marvel, asking: "How about an Asian American hero?"

In 2018, he tweeted the company once again, writing: "Are we gonna talk or what? #ShangChi."

Now, three years later, Simu Liu is playing the very first Asian superhero in the Marvel Cinematic Universe in Shang-Chi and the Legend of the Ten Rings.

The film follows Shang-Chi, who is forced to confront his past after his father, the leader of the Ten Rings organisation, draws him into a search for a mythical village.

Shang-Chi and the Legend of the Ten Rings is in Australian cinemas now. 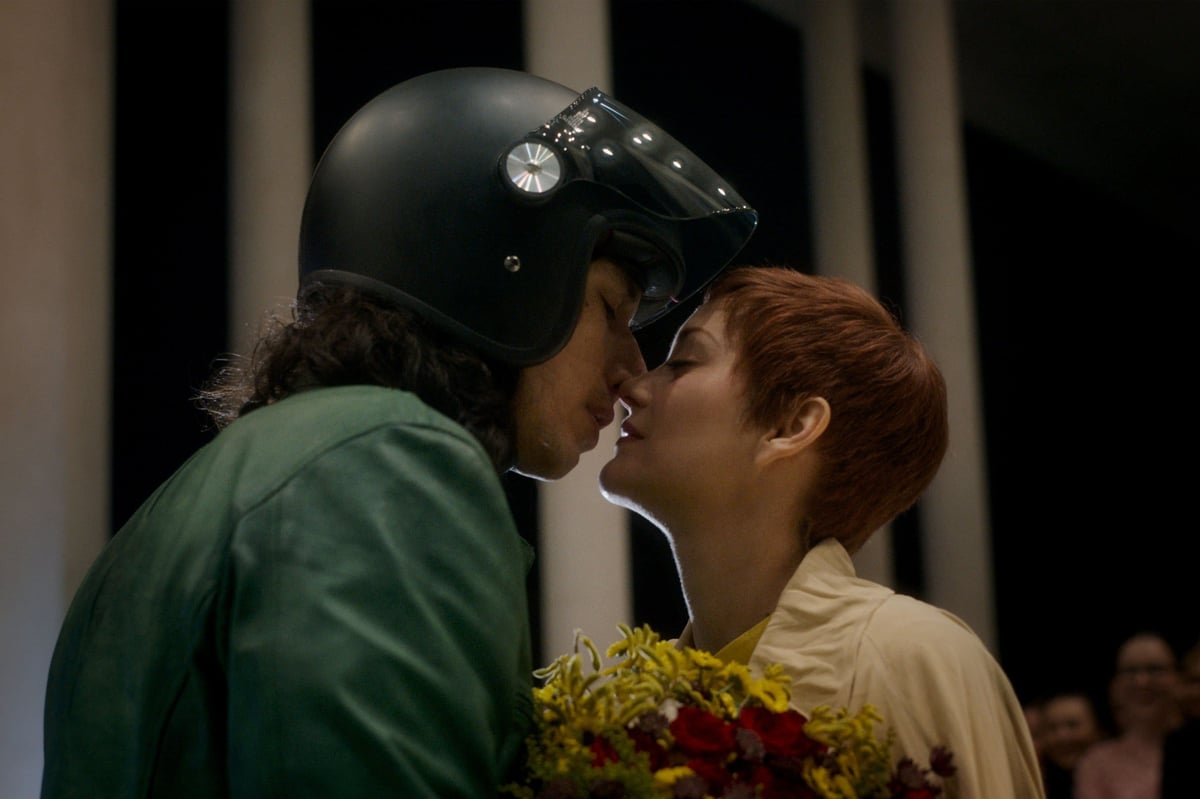 Before Annette was even released in cinemas, the internet was already talking about one particular scene.

If you can't quite remember the fanfare, there's a scene in Annette where Adam Driver sings... while simultaneously performing oral sex on a woman.

But Annette is also so much more than... *that* scene.

The movie musical follows stand-up comedian Henry (played by Adam Driver) and his opera singer wife Ann (Marion Cotillard) as they welcome their daughter, who has a surprising gift, into the world.

Annette is in Australian cinemas now. 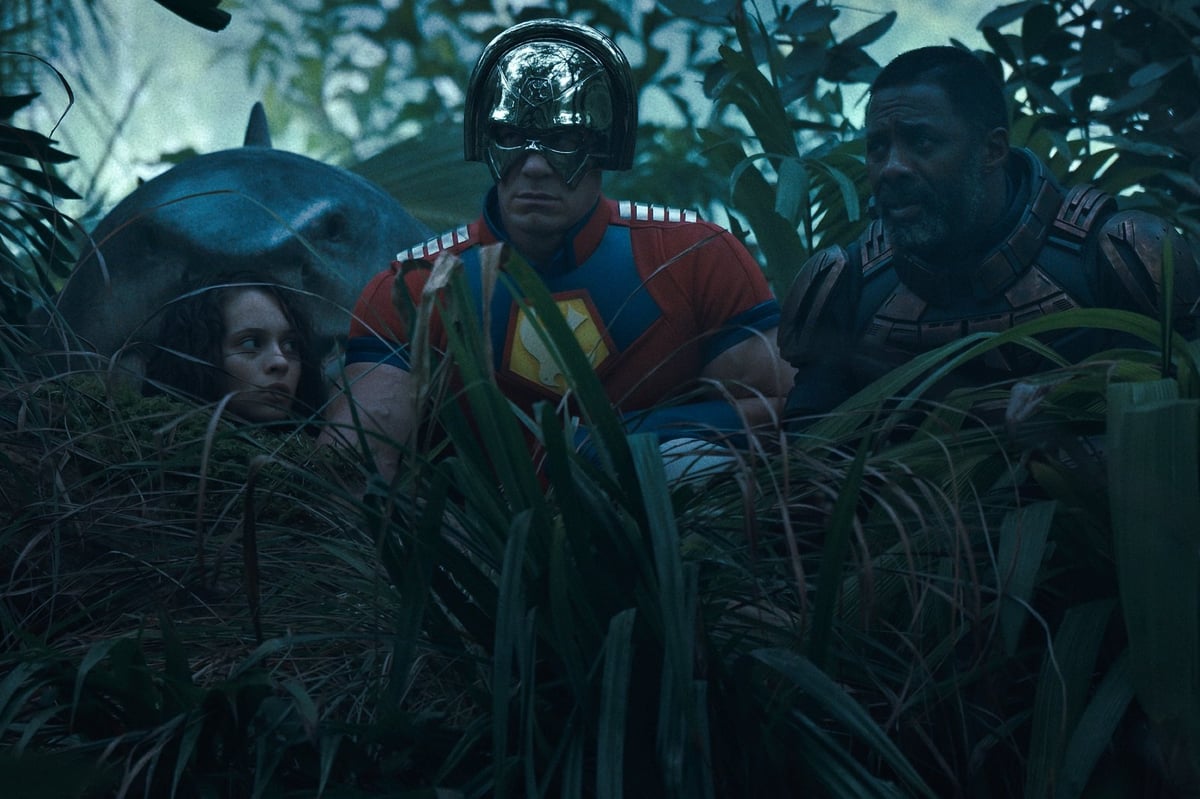 Although The Suicide Squad was released in July and August internationally, many Australian states missed the film's release altogether due to lockdowns.

Directed by James Gunn, the film follows a taskforce of villains who are sent to an island nation to destory a... giant alien starfish.

The Suicide Squad is in Australian cinemas now. 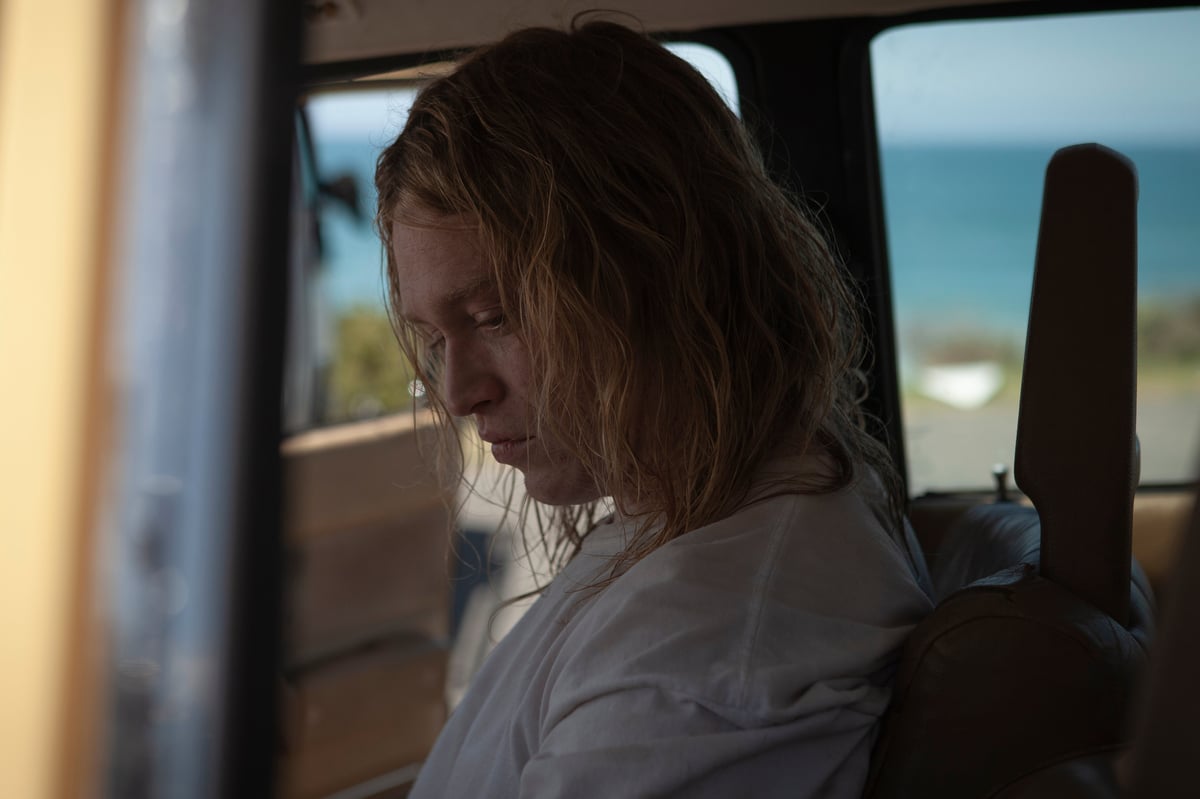 The new Stan Original Film Nitram tells the story behind one of the darkest chapters in Australian history.

The new film, which is playing in select cinemas now, depicts the events leading up to the Port Arthur massacre.

After premiering at the 2021 Cannes Film Festival in July, Nitram received a standing ovation, with Caleb Landry Jones recognised with Best Actor honours for his performance.

The Stan Original Film Nitram is in select Australian cinemas now and will premiere Wednesday, November 24, on Stan.

No Time to Die 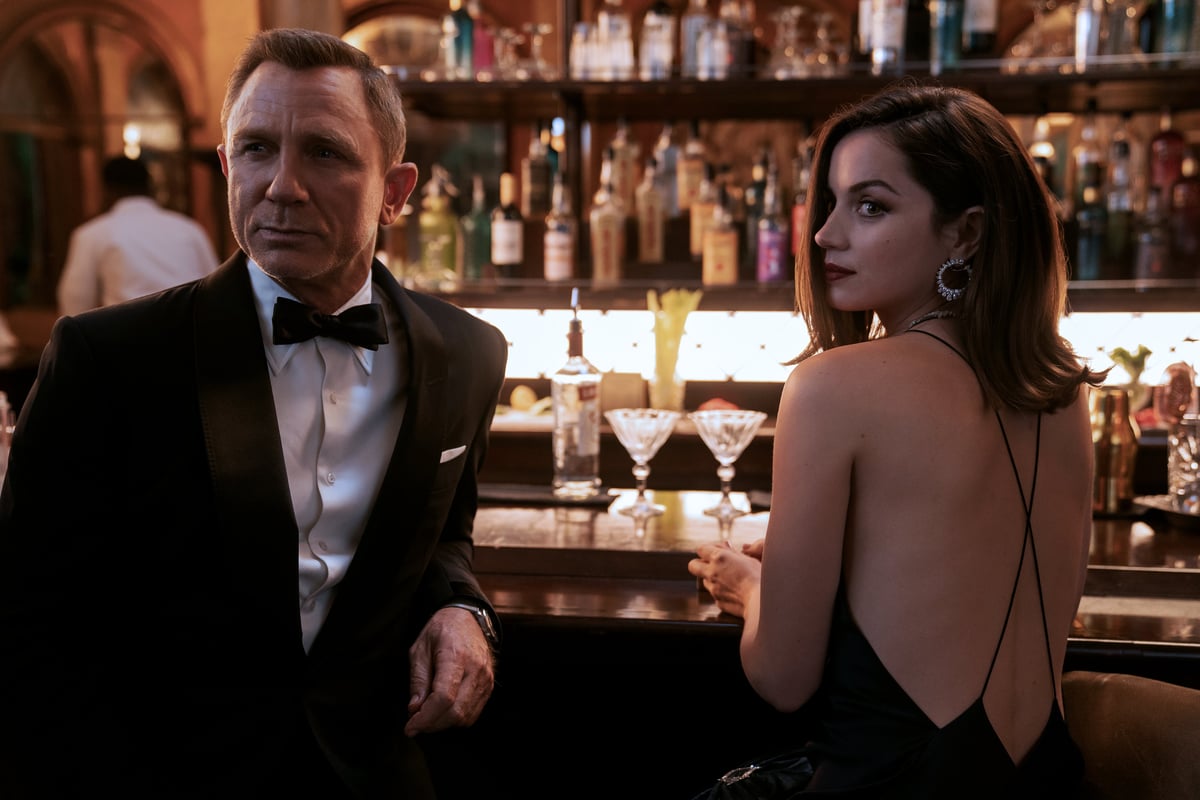 The final film from Daniel Craig's tenure as James Bond is here.

In the actor's fifth and final film as the British secret agent, No Time To Die follows James Bond as he is recruited by the CIA to rescue a kidnapped scientist.

Oh, and did we mention Phoebe Waller-Bridge was involved in the screenplay? Yes please.

No Time To Die is playing in Australian cinemas from November 11. 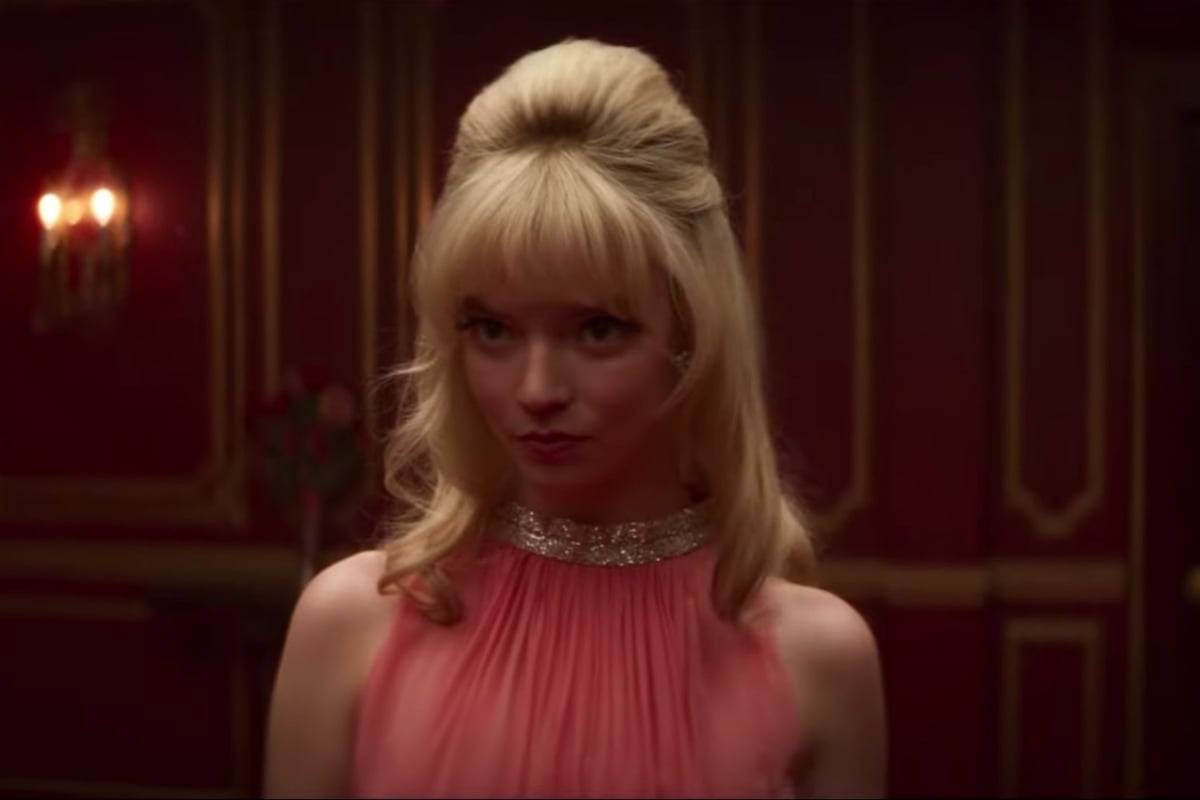 Last Night in Soho is the latest film from director Edgar Wright.

The psychological horror follows Eloise, a young aspiring fashion designer who find herself mysteriously transported back to the 1960s.

Along the way, Eloise learns that the glamour of the 1960s isn't all it appears to be.

Last Night in Soho is playing in Australian cinemas from November 18. 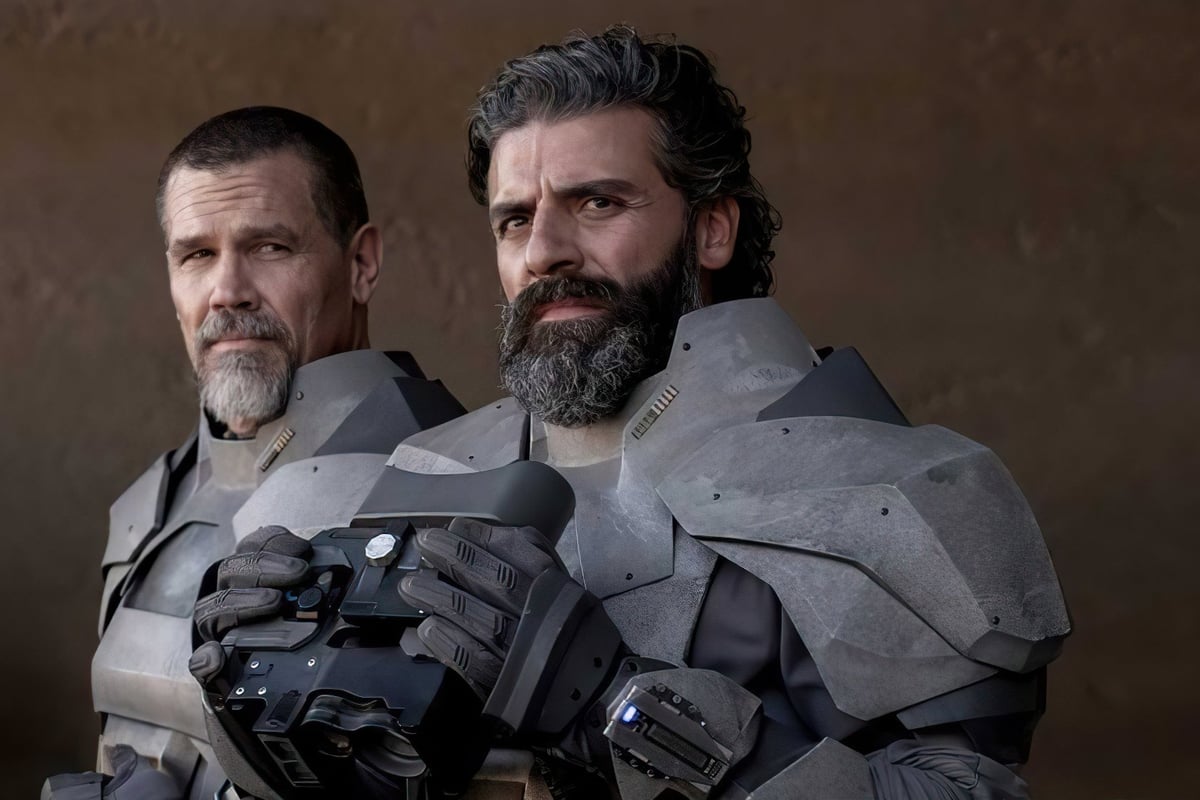 Based on the 1965 novel of the same name by Frank Herbert, Dune is set in a space empire far in the future.

The story follows Paul Atreides (Timothée Chalamet), the young son of Duke Leto Atreides (Oscar Isaac) who must travel to the most dangerous planet in the universe to ensure the future of his family and his people.

Described as a coming-of-age space epic, the book was originally adapted for film by director David Lynch in 1984.

The 2021 film is the first of a planned two-part adaptation of the science-fiction novel.

Dune is playing in Australian cinemas from December 2. 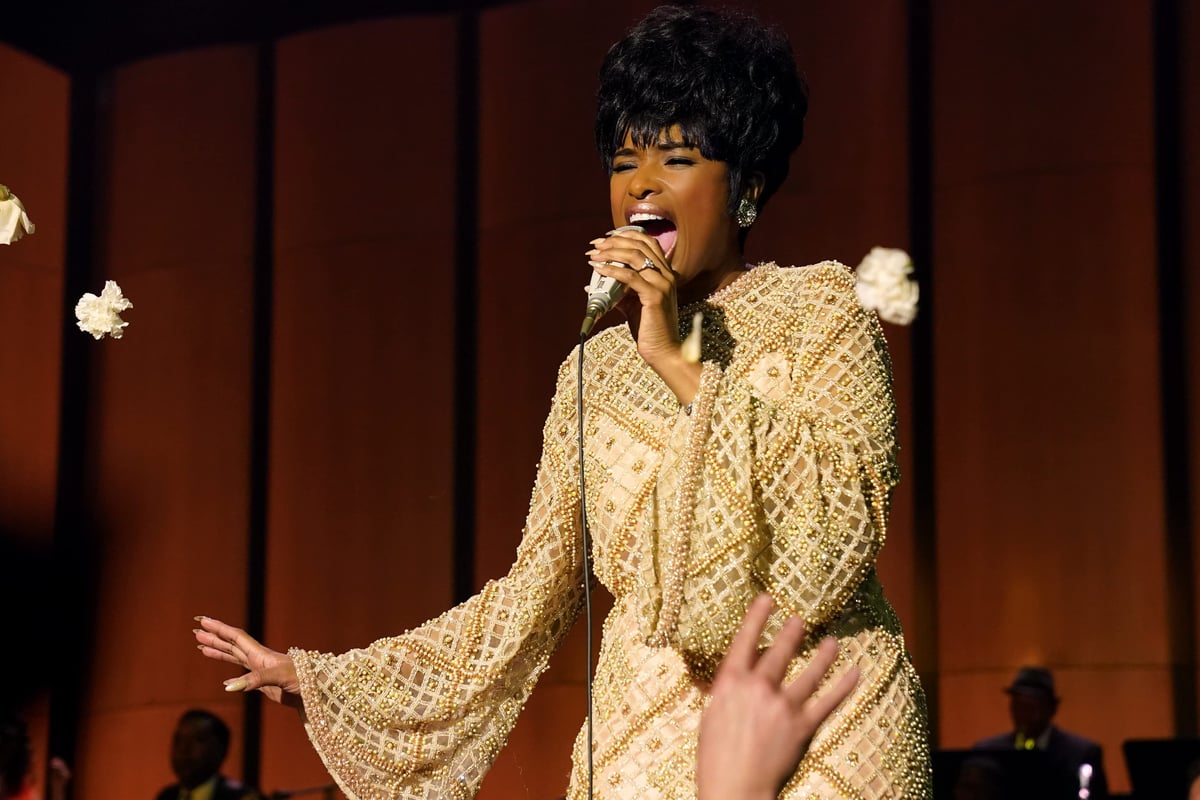 The new film follows the award-winning musician from her early days as an aspiring singer, through to her glory days as a musical powerhouse.

Respect charts Aretha's entire musical career, with Hudson belting out her iconic songs, while also shining an light on both her activism work and her personal life.

Aretha Franklin’s youngest son, Kecalf Franklin, gave the film his family's seal of approval, writing on his Facebook page, "Jennifer Hudson did a phenomenal job as well as the rest of the cast. We truly thank you all for providing your GOD given talents to depict our mother/grandmothers' life story. Our hopes are that everyone will enjoy the film as much as we did!"

Respect is in Australian cinemas now. 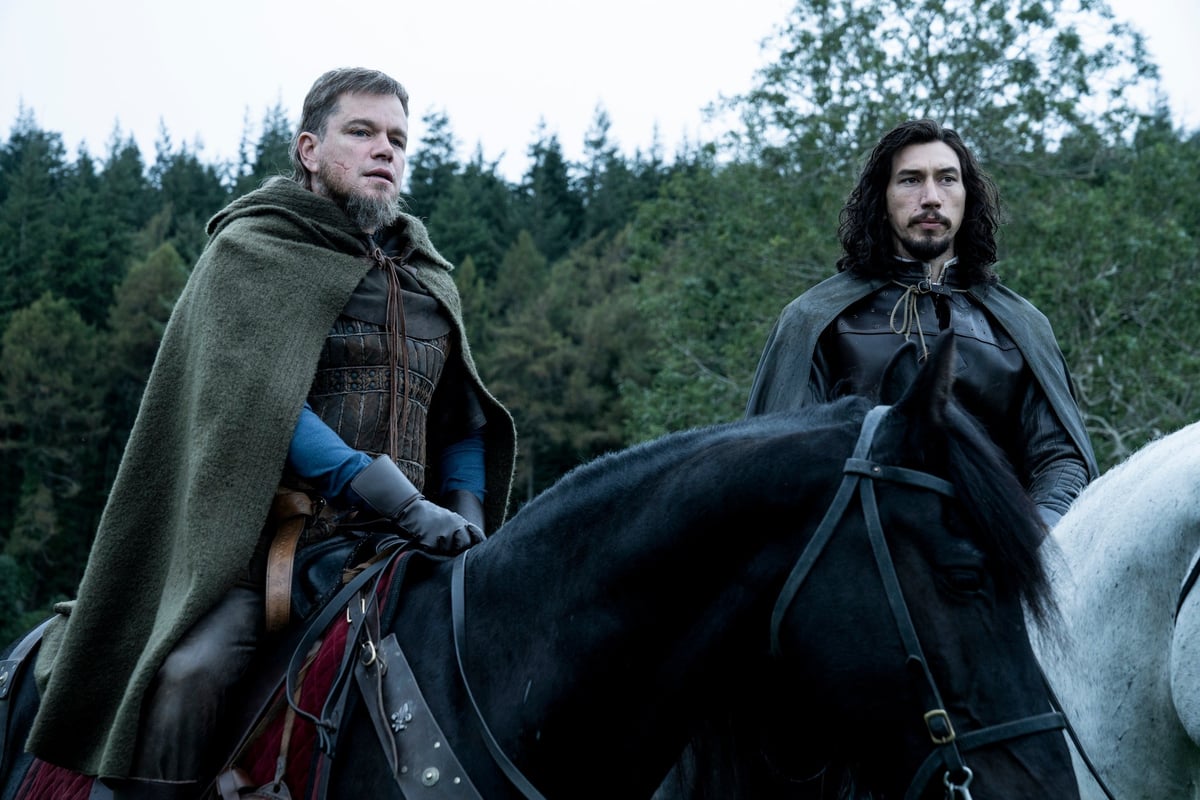 More Adam Driver content? Don't mind if we do.

The Last Duel is the latest film from director Ridley Scott.

Based on the book of the same name by Eric Jager, the film follows knight Jean de Carrouges (Matt Damon), who challenges squire Jacques Le Gris (Adam Driver) to a duel after his wife, Marguerite (Jodie Comer), accuses Le Gris of raping her.

The film also stars Ben Affleck, who has bleach blonde hair in the historical drama.

"I'm looking a little bit like if [Draco] Malfoy [from Harry Potter] grew up and had a tough life and grew a goatee," Affleck said, reflecting on his new look for the film.

Yep, we can't wait to see this.

The Last Duel is playing in Australian cinemas from October 14.