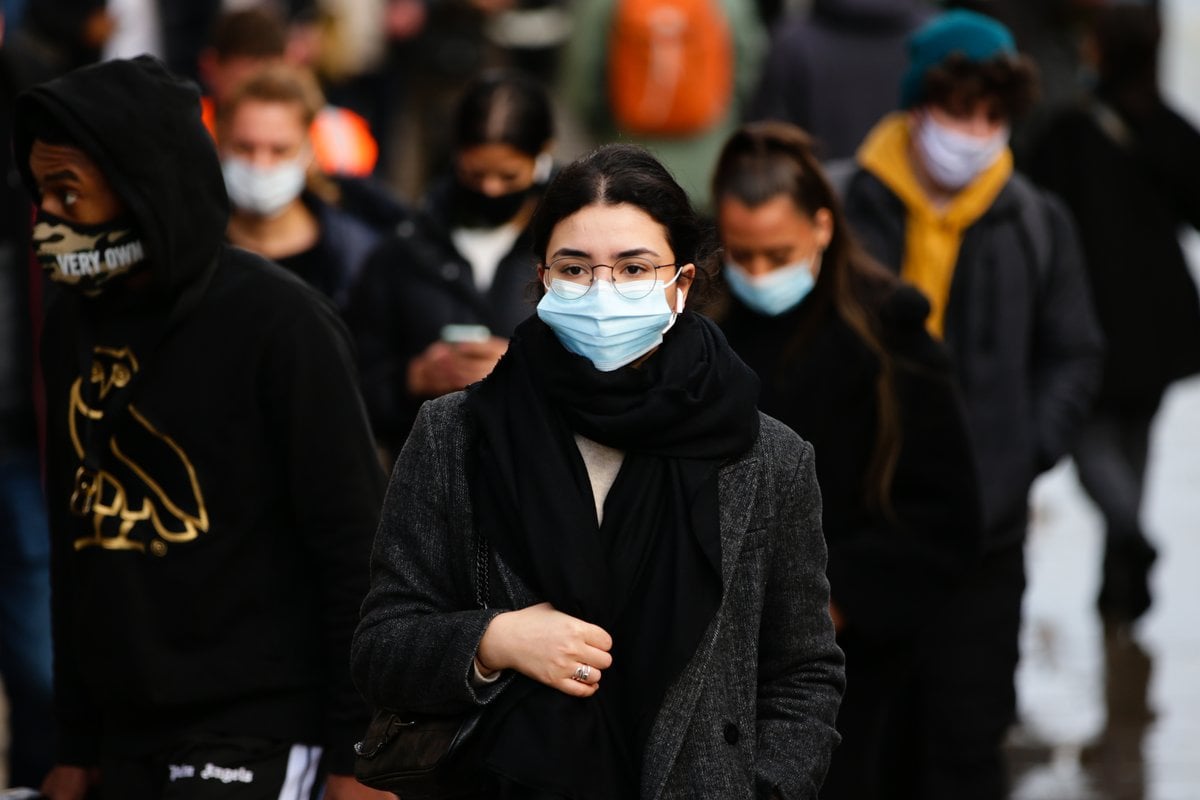 Flights have been cancelled and restrictions have been tightened after a new strain of coronavirus has rapidly spread across the UK.

On Saturday, British Prime Minister Boris Johnson announced the new virus strain, known as VUI–202012/01 or lineage B.1.1.7, had led to spiralling infection numbers and could be up to 70 per cent more transmissible than the original.

In an effort to curb the virus, the government introduced tighter Tier 4 restrictions for London and southeast England, effectively upending millions of people's Christmas plans.

Several European countries have also placed new restrictions on travel to and from the United Kingdom. Belgium said it would close its borders to trains and planes coming from the UK, while the Netherlands, Irelands and Italy will also suspended flights. Israel, Bulgaria, El Salvador, France and Sweden have also announced travel suspensions.

As we head into Christmas, here's everything we know about the new COVID-19 variant.

How quickly does the new coronavirus strain spread?

According to the BBC, the new strain was first detected back in September. In November, it accounted for around a quarter of cases in London and by mid-December the new variant made up nearly two-thirds of cases.

"So what this tells us is that this new variant not only moves fast, it is increased in its ability to transmit, but it’s becoming the dominant variant," Professor Chris Whitty, England’s chief medical officer, said at a press conference on Saturday.

"It is beating all the others in terms of transmission."

Will the vaccine still be effective against the new coronavirus strain?

While it may be more transmissible, Boris Johnson said, "there's no evidence to suggest the vaccine will be any less effective against the new variant".

"There's no evidence to suggest it is more lethal or causes more severe illness."

Is the new coronavirus strain in Australia?

On Monday, NSW Chief Health Officer Kerry Chant confirmed two returned travellers from the UK were found to be carrying the new variant of the virus.

"We've had a couple of UK returned travellers with the particular mutations you're referring to," Dr Chant said at a press conference.

But she also stressed the new stain has not been detected in the Northern Beaches outbreak.

"Can I be very clear that the Avalon cluster strain does not have those mutations."

On Sunday, World Health Organization (WHO) epidemiologist Maria Van Kerkhove told the BBC that one case of the mutated virus was detected in Australia, but it didn't spread any further.

"We understand that this variant has been identified also in Denmark, in the Netherlands and in Australia — there was one case in Australia and it didn't spread further there," she said.

New strain of coronavirus has also been identified in Denmark and Netherlands, and one case in Australia which hasn't spread further, says World Health Organisation Maria Van Kerkhove#Marr https://t.co/gxUy3acCro pic.twitter.com/tZTMxEPh53

Reply
Upvote
1 upvotes
ScoMo needs to get some backbone and put all international travel on hold until quarantine facilities in remote areas are organized.   Anyone not prepared to quarantine outside of the CBD should stay where they are until the vaccine is rolled out or the virus weakens.
A
anonymous 2 years ago