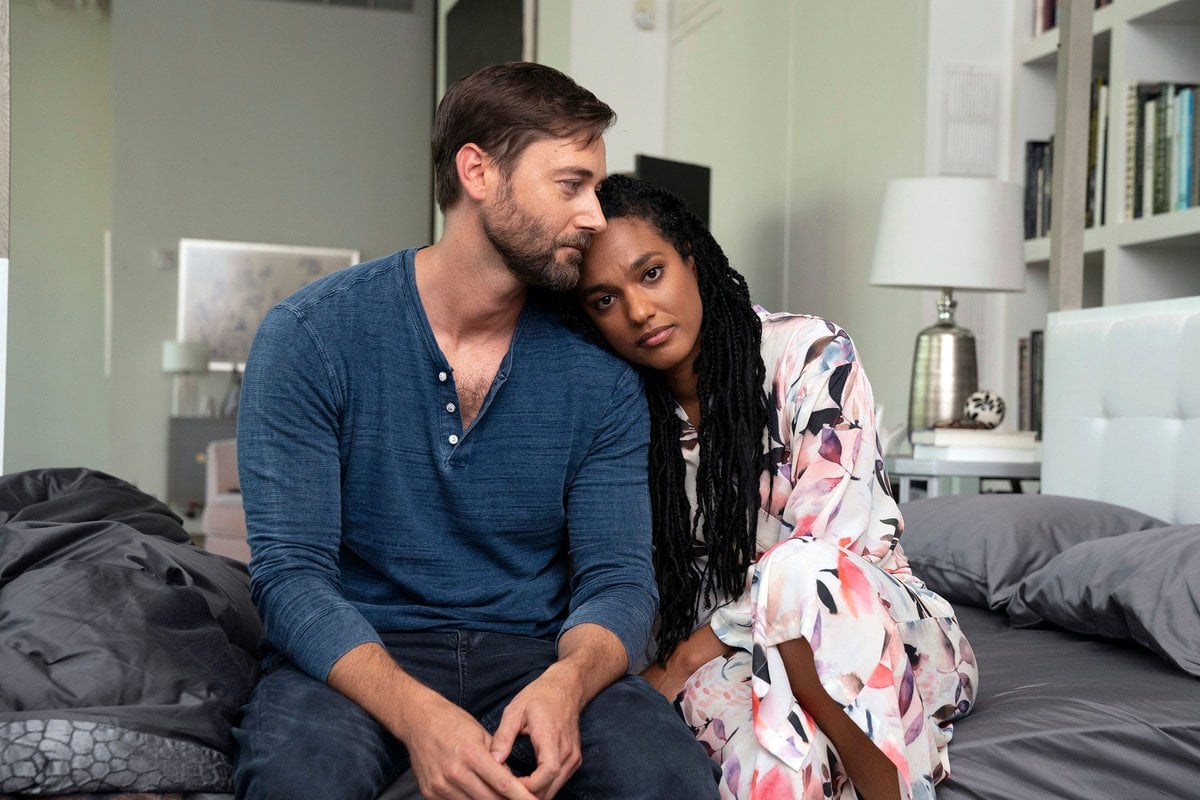 Hospital dramas have a long and successful history of telling emotionally charged stories in a world that literally deals with life and death.

For nearly 20 years, the hospital drama crown has sat firmly atop of the head of the iconic Grey's Anatomy. A series which enticed audiences to fall in love with a group of surgeons, and become just as invested in their wild love lives, as the stories of the patients they saved.

Now, another series has stepped in to take the crown and it's safe to say that if you're obsessed with Grey’s Anatomy, you’ll fall deeply in love with New Amsterdam on Stan.

Inspired by a true story, New Amsterdam is a compelling medical drama based on the book Twelve Patients: Life and Death at Bellevue Hospital by Eric Manheimer.

The fourth season of the beloved drama is set to premiere on Wednesday, September 22, only on Stan.

The series kicked off when Dr. Max Goodwin (played by 90210 star Ryan Eggold) became the medical director of New Amsterdam hospital, one of the United States' oldest public hospitals.

His arrival caused a stir because the facility had been severely overlooked and poorly run, resulting in the patients not always receiving the medical care they needed. Cutting through the red tape and bureaucracy, Max started work at the hospital by firing the entire cardio-thoracic surgical department and gave the ok to eliminate the waiting room, sending sick patients straight to beds.

Take a look at the trailer for New Amsterdam season four, coming only to Stan.

Max also initially butted heads with the hospital's chief of oncology, Dr. Helen Sharpe (played by Freema Agyeman). Of course, now that we're about to be four seasons into the series, we know their initial chemistry was only just getting started in those earlier seasons.

What New Amsterdam gets so right is mixing the drama and personal stories that dwell within the walls of one of New York's most active yet dilapidated hospitals, with the intriguing lives and careers of the doctors who work there.

Some of the most heart-pounding, grip-the-arm-of-your-couch episodes from New Amsterdam include a massive blizzard that cuts all power and heat to the hospital, leaving the team in desperate circumstances where they must keep patients alive while performing surgeries in darkness. Along with an ambulance crash that puts the lives of the main characters at risk, and a look at how the hospital deals with the COVID-19 pandemic.

What really anchors the series though, is the multilayered lead characters whose stories drive the show, in particular the story of Dr. Max Goodwin.

From season one, we've watched Max fight against all odds to keep the hospital on its feet, while slowing building relationships and gaining the trust of the doctors who work there, including Dr. Ignatius "Iggy" Frome (Tyler Labine) head of the psychiatry department and Dr. Lauren Bloom (Janet Montgomery) head of the emergency department.

We've also watched as Max was treated for cancer, a diagnosis he initially kept a secret from the majority of his colleagues, all because he was determined to keep the hospital running. We now see him as a single father to his young daughter, with a whole new set of circumstances to face.

Of course, the pure allure of Grey's Anatomy has never been about just watching complex medical stories unfold or having a good cry at some dramatic moments. It's also been about steamy romances and heart-pounding declarations of love.

In this case, New Amsterdam delivers the very same goods, and in this upcoming season, the romance that fans have slowly been watching unfold over three seasons is about to heat right up.

It's a truth universally acknowledged that nothing makes for better TV than a slow-burn, will they/won't they, friends to lovers storyline and New Amsterdam offers up one of the very best. 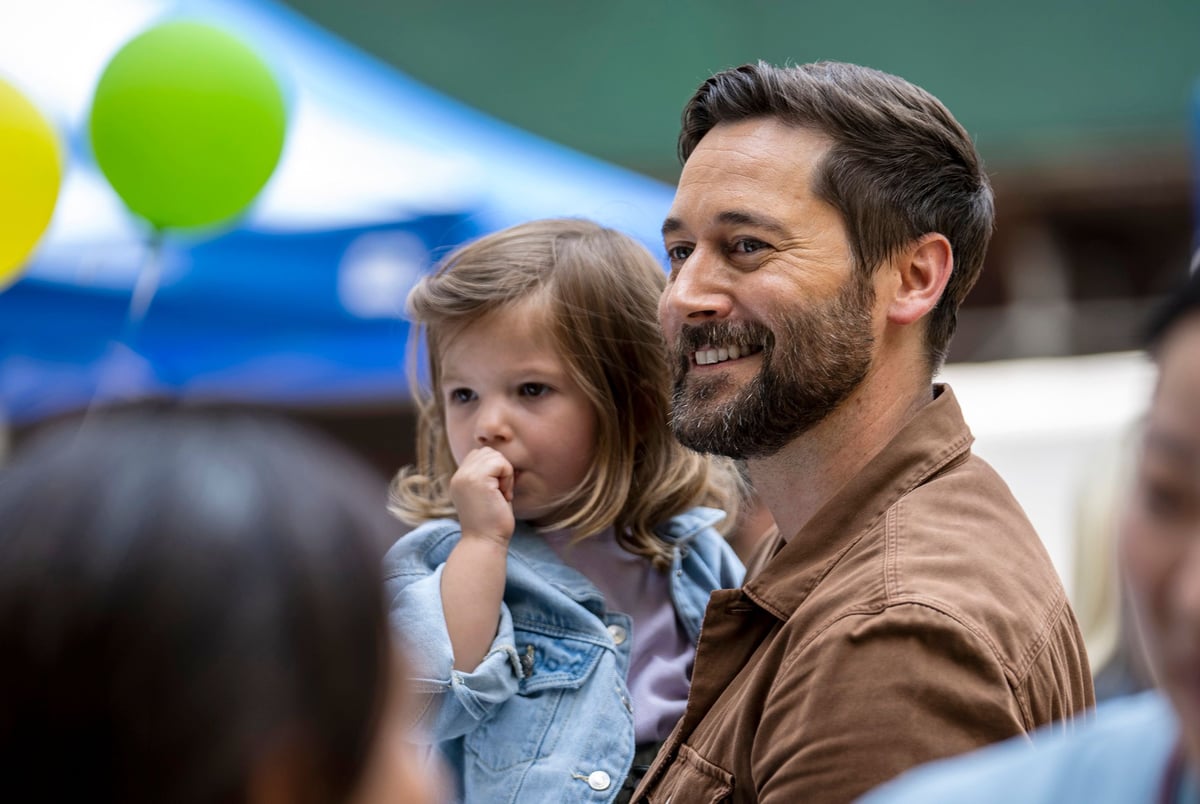 At the end of season three, fans got the moment they have been waiting for, when friends and colleagues Max and Helen, who had always had an intense but unspoken connection, finally kissed.

With season four right around the corner, the series will focus on this next (and very steamy) phase of Helen and Max's love story and, in good news for fans who have been invested in this couple from the very beginning, the show's creative team have promised that audiences will be able to see every detail unfold on screen.

Meaning season four will pick up where season three left off, with a lot more drama set to unfold.

We might not have Meredith Grey and Derek Shepherd from Grey's Anatomy in the mix anymore, but we do have New Amsterdam's Max Goodwin and Helen Sharpe, and their love story is set to be just as epic.

New Amsterdam has proven to be so popular with fans that it has already been renewed through to season five.

So, if you're a fan of well-crafted medical dramas that feature intriguing and loveable characters, this is the series for you.

New Amsterdam season four premieres September 22, with new episodes dropping weekly the same day as the US, only on Stan.