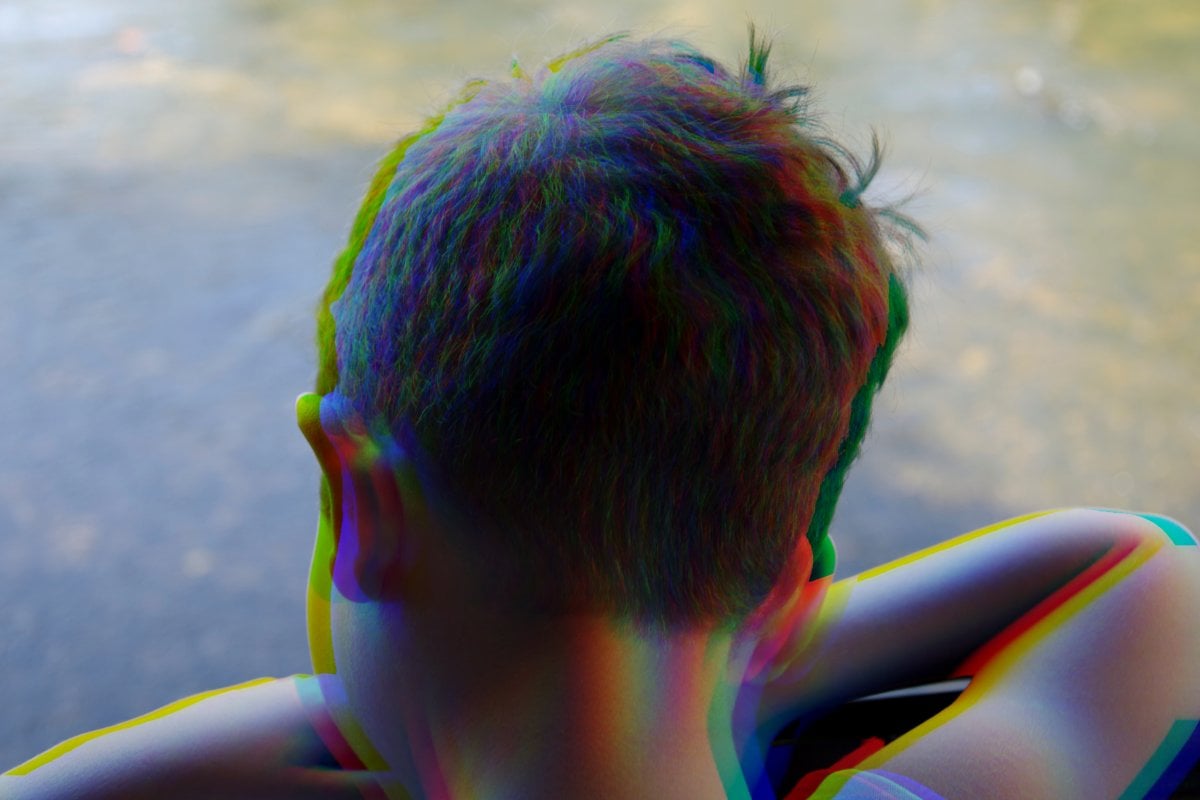 The concept of walking on eggshells is one with which I am all too familiar. The trepidation with which we anticipate the next storm, eruption, or even the slightest start to the sequence of events that leads us there.

Life with a neurodiverse child is a rollercoaster of emotions. A rollercoaster that we didn’t realise we had boarded until sometime into the adventure.

Our journey differs vastly to the ride we excitedly awaited during nine months of pregnancy.

I love my son more than life itself. I would give anything to see him happy and well-adjusted in this world.

I really didn’t understand why things that came so easy to those around us with children were always so hard for us.

Things like leaving the house to go to the shops or sit in a café or a restaurant for a meal.

The concept of sitting full stop became a foreign experience reserved only for the few hours he slept of an evening.

Even then, for many years, I slept on his floor next to him to settle him back to sleep and ensured he stayed in the bed he had learned to climb out of.

A step ahead of us.

﻿He always seemed to be one step ahead of us.

He crawled and got into draws that were not child proofed at six months. He walked at nine months. He jumped out of high chairs and car seats.

We didn’t have the foresight to child proof the car door on the other side of the car from where he was sitting until he got out of his car seat and tried to open it while I was driving on a freeway.

He terrified me. And in so many ways, I underestimated him, until I knew I couldn’t.

I was reassured he was bright. He was just a boy and who was I to know otherwise? I only had one sister, and he was the first grandchild in the family.

He didn’t seem like the other children but he reached all his milestones ahead of schedule. He was physically strong and healthy. He was undeniably resilient and for that I was thankful.

Maybe he’s like this because I went back to work when he was only five months?

Maybe it’s the inconsistent parenting that we shared with his dad and his grandparents?

Maybe we’re spoiling him too much? Maybe his dad is too strict? Maybe I’m too soft? Maybe he’ll grow out of it? Maybe I’m not cut out for this? Maybe I’m ruining him?

I can’t count the maybes that went through and continue to go through my head 15 years on.

The doubts set in as the years went on and he had issues in every area of his life.

His relationship with his brother, five years younger (as that’s how long it took us to muster up the courage to go again), is strained.

From as early as child care, I would bow my head as I walked in the room ready for the well-meaning child care worker to hurry over to tell me about all the challenges they’d had that day with suggestions about what we could do to fix it.

As someone who was never ever in trouble at school or growing up, this became a bitter pill to swallow.

My all too frequent excursions to principals' offices to discuss my son are not how I saw my life panning out.

I feel the judgement and the failure every time. I feel the weight of responsibility to do something more to fix it but as the years went on it became clear, I couldn’t.

Surely if we had a magic solution, we would activate it. We don’t. We don’t know what to do and are hoping for those more educated than us to help us, to guide us. No ask is too big. Just tell us how. 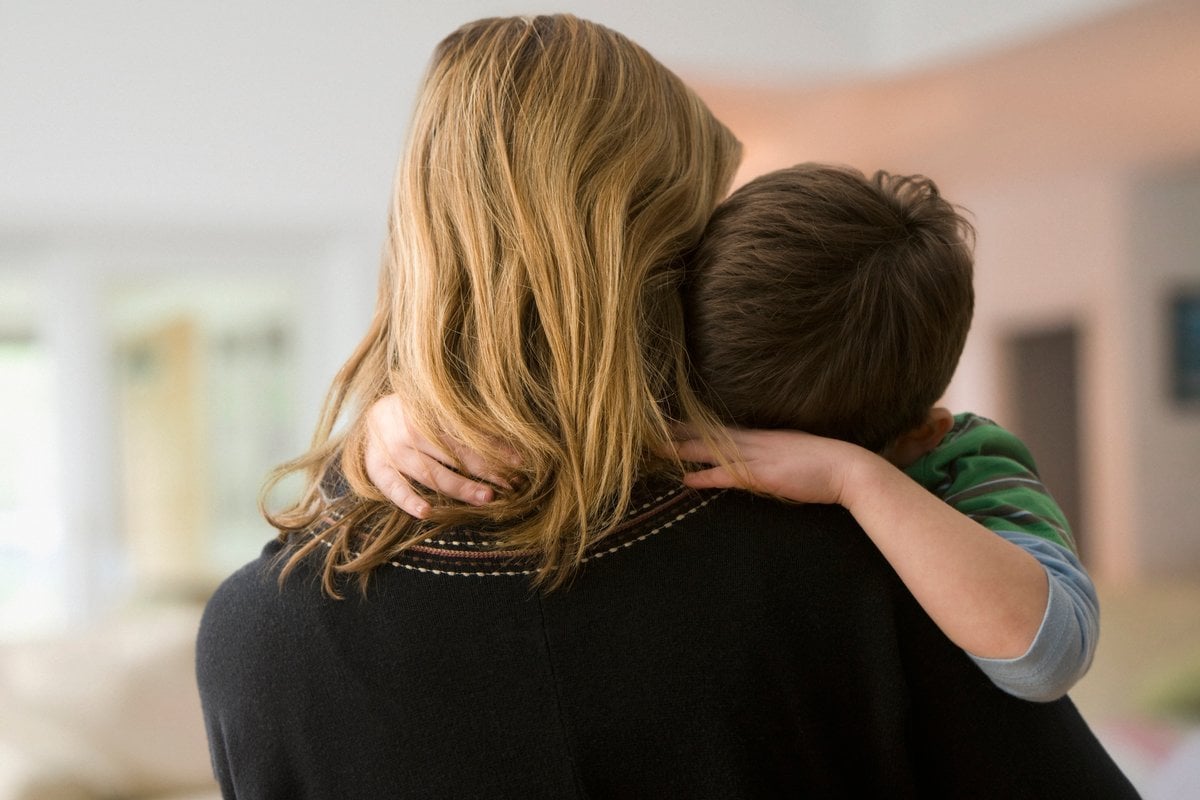 He was eight when he was diagnosed. In a neck brace at the time. He thought if he jumped off a piece of playground equipment the equivalent of a two-storey building he would land on his feet. He didn’t.

He face-planted in the sand and had it stuck up all of his orifices. Two ambulances arrived at the scene and a team of 10 neurosurgeons, orthopaedic surgeons, physicians and social workers awaited at the children’s hospital on arrival.

'Did he mean to jump?' the social worker asked. 'Did he want to hurt himself?' The thought hadn’t even crossed my mind or his.

In his moment of impulse, he thought he could do it. He thought he would land on his feet. He didn’t foresee that his shorts would get caught on the way done and tip him over to face plant. He didn’t think what he was doing was so dangerous.

What he lacked in judgement, he clearly made up in self-belief, even if it was misguided. ﻿

Fortunately, he was fine physically. As we had just moved to a new area, he started a new school in a neck brace. A great look for fitting in, clearly.

He wore it as a badge of honour. If nothing else it was a good conversation starter.﻿

No sooner did the neck brace come off before we were called into the school to chat about the new kid that wasn’t quite able to fit it.

He wasn’t able to concentrate like the other kids. He wasn’t listening. He wasn’t regulating. He didn’t seem to be able to understand instructions. He didn’t care about rewards or respond to consequences.

Nothing was working for the teacher straight out of university who has inherited him. No amount of theory could help her to manage the new kid. The poor thing was in over her head.﻿

We promptly had him assessed, and his comprehension was three years behind his age.

The speech pathologist likened his comprehension to every second or third word being in a foreign language to him. He sailed through until this point because he could see it and say it. See it and spell it. He just didn’t know what "it" meant.

With a mix of trepidation and relief, we trotted off to a psychiatrist.

The feelings that came with the diagnosis were nothing short of overwhelming. Guilt (of course top of the list for a mum) that I had not picked it up sooner.

Guilt that I had spent the last eight years of his life thinking he was naughty and deliberate in his actions.

Relief that it wasn’t us or our parenting that was ruining him.

And for the first time in a long time - hope. Hope that we had found the problem. Hope that there was a solution. Hope that we could fix him. Hope that he would become a well-adjusted human being after all. Hope for my child, hope for our family.

I was reticent to give my child Schedule 8 drugs (methylphenidate being classified by NSW health as "drugs of addiction"). I read far and wide and it seemed clear we were damned if we did, damned if we didn’t.

I asked about counselling, natural therapies, vitamins, meditation. The doctor smiled sympathetically at my naivety.

"Your children are asthmatics aren’t they?" he asked. Yes, I nodded wondering where this was headed. "In the same way you can’t treat asthma with a cough suppressant you can’t treat ADHD with counselling. It just won’t work. Medication is needed to regulate the weakness in the pre-frontal cortex which regulates attention and behaviour," he explained.

He was the expert. Who was I to question him?

The journey with drugs has been a long and scary one. They work, they don’t work. We’re up, we’re down. We’re good, we bad. We’re happy, we’re sad. It’s like Jekyll & Hyde. You never know what you’re going to get.

For the last seven years, we have effectively experimented with our child on these drugs. Yet never has there been concentrated periods of time where he has been stable.

Never have long periods gone by that he has not been "in trouble". Rarely did he seem happy or at peace.

Without drugs he is loud, hyperactive, silly, impulsive, obnoxious and often inappropriate, but he is generally happy.

With drugs he is quieter but sadder, angrier, darker. The quieter he gets, the more worried I become as he retreats into the darkness of his locked room and doesn’t talk to anybody.

Quieter and darker until he thinks there’s no point trying anymore, no point living anymore. That’s where we draw the line.

The world﻿ needs to change.

The world needs to change to accommodate that kid. Not just my kid but all kids that are known as "that kid".

You know the ones. The ones that seem a bit much. That kid that parents judge from the sidelines at football fields, speculating about the failings in discipline or parenting that clearly made him that way.

Schools need to adjust for that kid.

Sports need to adjust for that kid.

Workplaces need to adjust for that kid.

That kid is hard, granted, but that kid also has talents, abilities and strengths only his unique experience can bring.

That kid has enormous potential that he can reach with compassion and understanding.

That kid deserves to feel safe and included.

That kid has an important place in this world. That kid is my world and if I can’t change him, I will do all I can to change the world to get the best out of him.

Reply
Upvote
His activity as a baby show that he is gifted. Many gifted children are diagnosed as having ADHD. You should give him the WISC V IQ test.
Please don't medicate until you determine that he is gifted. The analogy for medicating is not accurate as there are empirically proven medical tests for asthma as opposed to giving him a questionaire for ADHD. Unless you have given him a brain scan then you cannot compare the two.
K
katyushkin 6 months ago