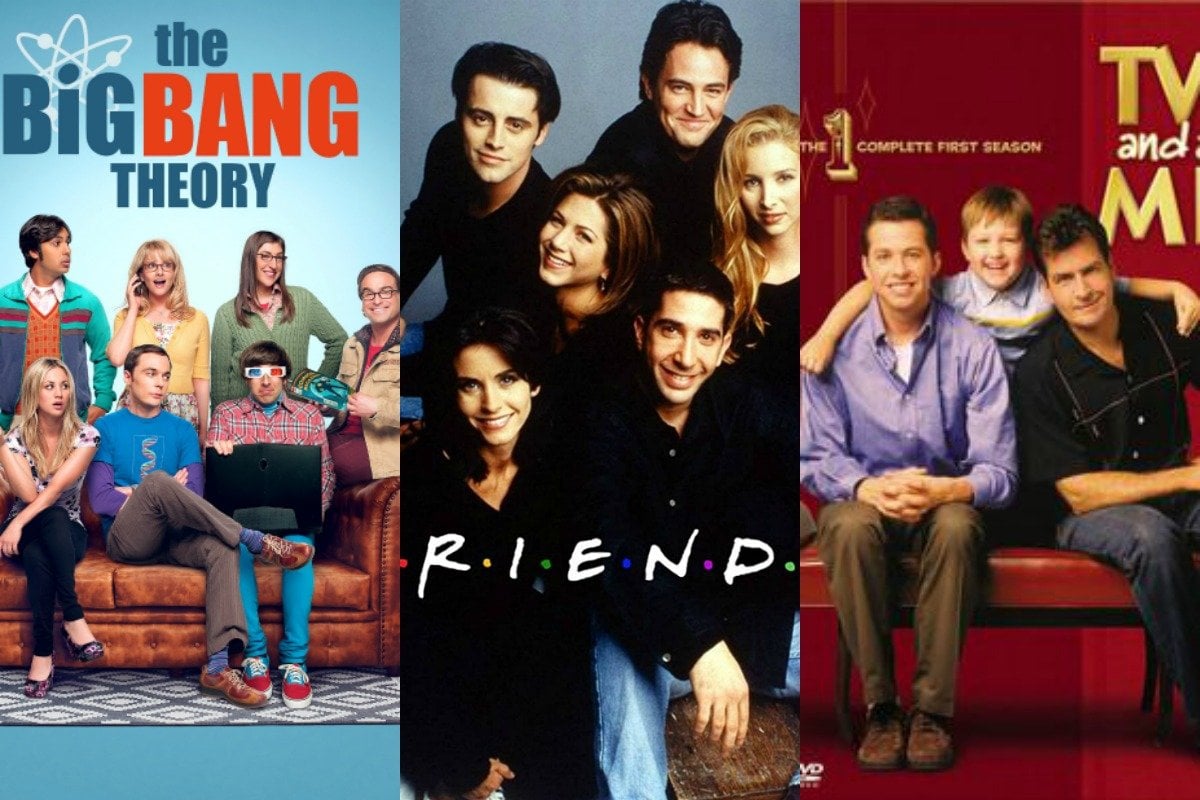 Perhaps the ~most important~ study to come out of 2020 has found the top 10 funniest sitcoms of all time, and the results are... just a tad controversial.

This week, OnBuy.com revealed the comedy shows that are most likely to elicit laughs from their audiences (yes, it was measured by the total laughter duration audiences had while viewing each show) by sitting 120 volunteers down and asking them to binge-watch ten different series.

Now, we can only imagine this study was a long-time coming.

Waiting for 120 volunteers to finish thousands of hours worth of TV? 2020 has been long, but these must be some avid comedy-watchers.

And while we respect the process, Seinfield didn't make it in the top 10, and frankly, that seems like a miscarriage of justice.

But nonetheless, if ever there was a time we all needed a laugh, it's now.

So without further ado, we provide you: OnBuy's list of the funniest sitcoms of all time - with a side of our unsolicited commentary, of course.

If you’re planning on dressing up as #TheOffice characters for Halloween, remember…

The Office is a simple, yet effective beast. Following the everyday lives of coworkers at the Dunder Mifflin Paper Company, the show is hilarious in its take on the mundanity of office life.

The series ran for nine seasons over eight years, and cemented a place in both our hearts, and on this list.

Coming in at number one with an average of 1min 45sec of laughing per hour, we'll accept this result.

You can stream The Office (US) on Stan.

You're looking at human forms of the 👑 ! #Brooklyn99

Brooklyn 99 is an American sitcom that follows Jake Peralta, a young NYPD detective and his team as they solve crime in particularly unconventional ways.

The series ran for seven seasons and look, we may a little bias, but this one is a real winner for us.

Brooklyn 99 came in at second place, just after The Office with an average of 1min 38secs of laughter per hour.

You can stream Brooklyn 99 on Netflix.

Community is an American series set at a community college in Colorado with an impressive cast, and lots of laughs.

Community ran for six seasons between 2009 and 2015, and made a particular name for it's parodying of television and pop culture tropes.

You can stream Community on Netflix.

Ben still doesn't get it. At all. #ParksAndRec

Parks and Recreation is a political satire starring Amy Poehler who acts as a bureaucrat in the Parks Department of Pawnee.

It ran for seven seasons, and featured several American politician cameos in the show including Senator John McCain, Vice President Joe Biden, and former First Lady, Michelle Obama, which definitely ups its credit in our book.

You can stream Parks and Recreation on Stan.

5. It's Always Sunny in Philadelphia

It's Always Sunny in Philadelphia is another American sitcom (we're sensing a theme here) that followed the lives of "the gang" a group of narcissistic friends who ran Paddy's Pub in South Philadelphia.

The show ran for a whopping 14 seasons between 2005-2019, and you may have thought we were being fairly easygoing about the list so far. But this is where we rebut this study.

We admit, this is partly down to the fact that we're not overly familiar with It's Always Sunny in Philadelphia. We may have missed it's peak. But also because we're pretty upset about Friends lack of appearance so far.

But, the audiences know best, and they apparently laughed for 55 seconds an hour. Can't argue with that.

let's turn these knots into why-nots.

It ran for five seasons, despite a five-year pause between 2006 and 2011 and our second potentially unpopular opinion of today, is that Arrested Development is overrated.

This would have been an easy Friends win, but yet audiences laughed for 52 seconds an hour, leaving Friends at seventh place.

You can stream Arrested Development on Netflix. (If that's what you're into...)

Friends is an iconic sitcom that followed the lives of six friends living in Manhattan, New York between 1994 and 2004.

It ran for 10 seasons and developed a cult audience for its relatable characters and hilarious portrayals of friendship.

Recently a video of Friends without the laugh track made the rounds and just for a moment, we considered that it was actually not as funny as we remembered and it was instead just a heartwarming, beautiful show.

But Jennifer Aniston and David Schwimmer? Let us live in our Friends fantasy please, even though audiences only laughed for 32 seconds.

You can (and should) stream Friends on Netflix.

8. How I Met Your Mother

{7x9} “Do you have any idea what could happen to me whilst getting bagels.” - - - #himym #howimetyourmother #marshalleriksen #jasonsegel

Okay, we know we were a little upset about Friends, but How I Met Your Mother was robbed, taking its place on the leaderboard at eighth.

The series ran from 2005 to 2014, and was narrated by main character Ted Moseby as he recounts to his son, Luke and daughter, Penny the many stories as to how he met their mother.

It ran for 9 seasons, and audiences laughed for just 24 seconds an hour. :(

You can stream How I Met Your Mother on Stan.

Now we're sure we can all agree on our final two.

Two and a Half Men followed the lives of jingle writer, Charlie, his uptight brother, Alan, and Alan's son, Jake at their Malibu beachfront property.

Apparently audiences laughed for only 10 seconds an hour.

May the 4th be with you (even in your dreams)!

Okay, this potentially earned the most accurate place on the list.

The Big Bang Theory is an American television sitcom that follows a group of nerdy friends who live across the hall from a pretty, and at times daft actress.

You can stream The Big Bang Theory on Netflix.

Reply
Upvote
1 upvotes
How far back are they going here? What about The Nanny? The Golden Girls? Frasier? Nothing British here either, no Ab Fab or Vicar Of Dibley? BLACKADDER? Sorry, getting a bit carried away here.
random dude 4 months ago

Reply
Upvote
@rush I so dearly wanted to add an appropriate Blackadder quote to enhance your comment, but nothing would make it through moderation so I can only put a note in my diary - bugger
rush 4 months ago