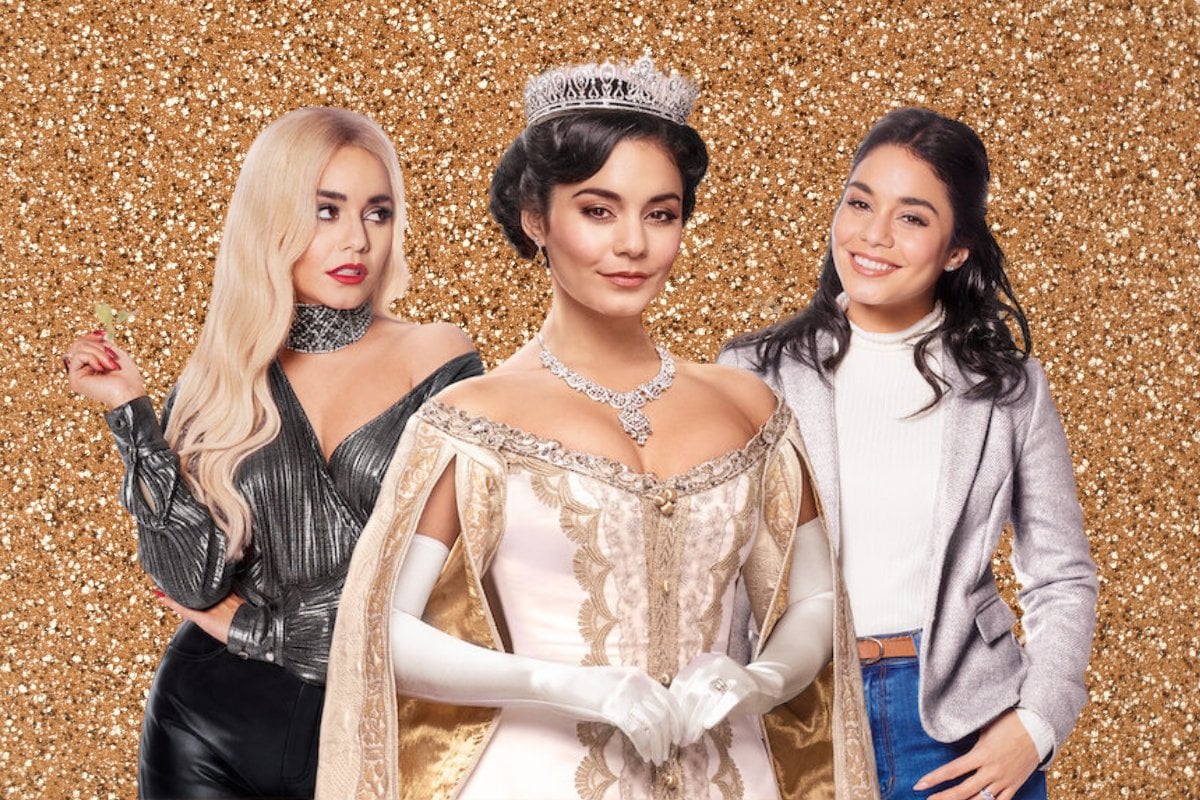 If there’s one thing we are passionate about, it’s terrible yet amazing Netflix movies.

Especially those that are released at this time of year, to get us in the Christmas spirit. Sure, we spend most of our time pointing out (many) plot holes and demanding answers to our questions, but we also appreciate the immense joy that comes from watching Vanessa Hudgens interact with another Vanessa Hudgens.

Netflix Christmas movies have become one of our favourite parts of the festive season. But while none are going to get an Oscar (or even like, a Teen Choice Award), not all Netflix Christmas originals are equal: Some are just fine, some are really not good, and some are so bad they instantly became our favourites.

Watch: The trailer for Netflix's Holidate. Post continues below.

Here’s a definitive ranking of the Christmas movies currently available on the streaming service: 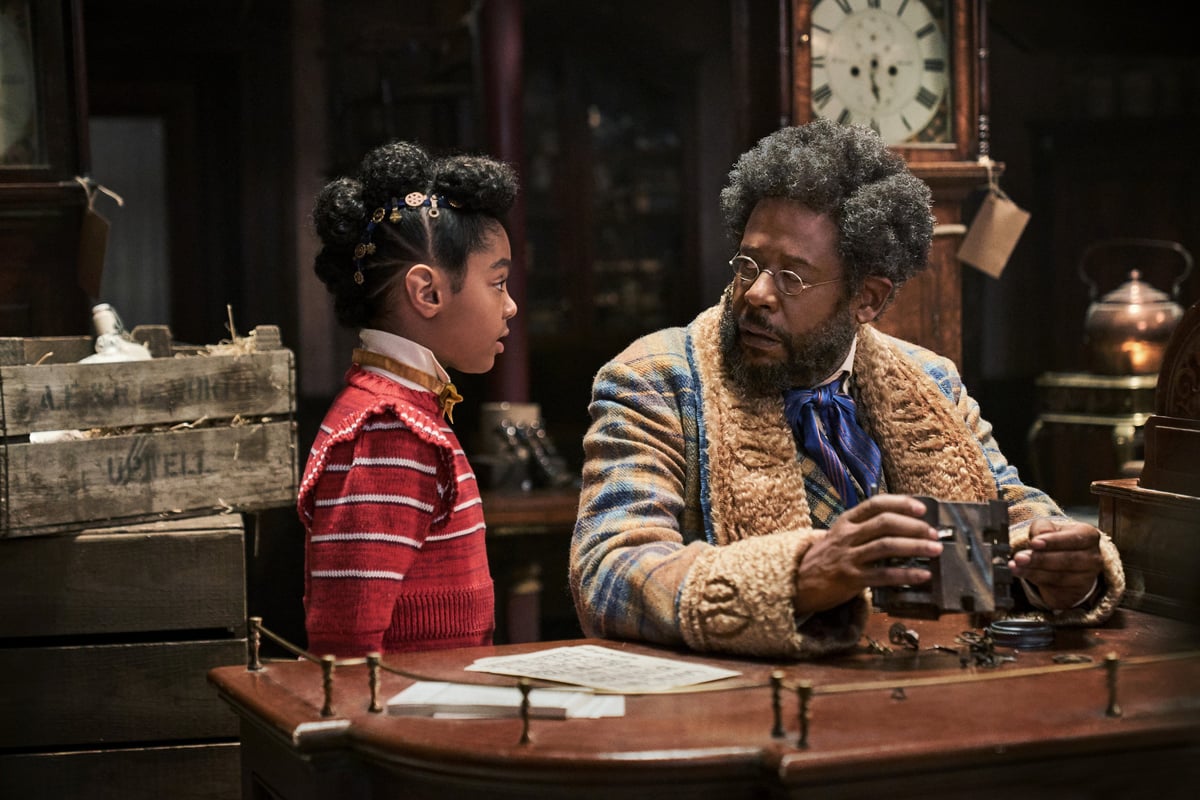 Image: Netflix. Jingle Jangle is not exactly a classic, but it's genuinely quite good. Naturally, this means it is last on the list. I'm looking for bad good, ya know?

This musical is slightly overstuffed plot-wise, but it is mostly joyful and fun. Plus, Forest Whitaker singing is delightful.

Animated film Klaus is a bit weird. The story follows a spoiled dude named Jesper, who must join the family business of delivering mail or he'll be cut off. He then meets a reclusive toy maker named Klaus and it really just gets more and more ridiculous from there.

That's what makes Klaus so endearing. The longer you watch, the more invested you get. It's unusual, because the animation is strange and the plot... stranger. It's good though. (I'm paranoid you don't believe me, so I feel compelled to tell you audiences score it 97 per cent on Rotten Tomatoes. See!)

16. Dolly Parton's Christmas on the Square. 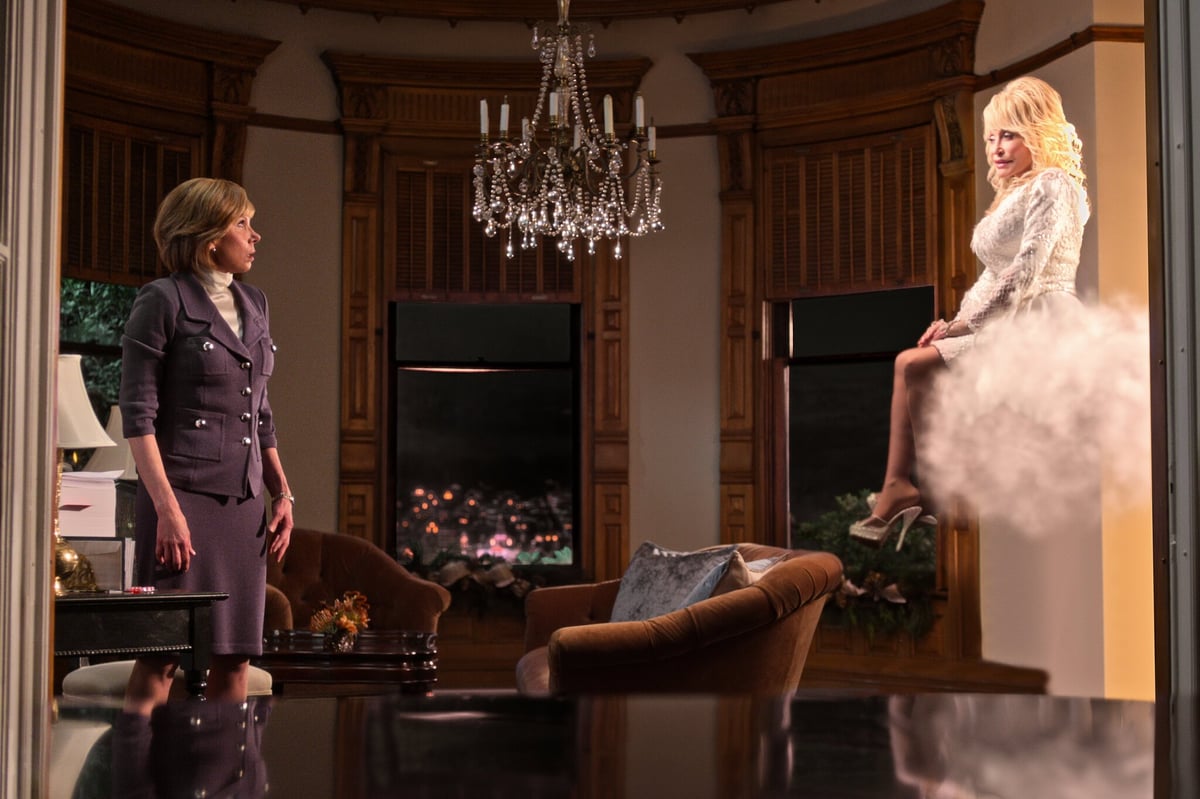 Image: Netflix. I AM SO SORRY TO SAINT DOLLY PARTON AND SAINT TANYA FROM MAMMA MIA! BUT THIS FILM IS JUST... NO.

Anyway, there's a moment in this movie when the townsfolk literally sing these words: "Maybe we'll trip her / Maybe we'll strip her (Oh Lord, don't do that!) / Maybe we'll just throw her on the griddle / Roast her / Toast her" in a CHURCH.

I cannot bear to spend another second thinking about this film. 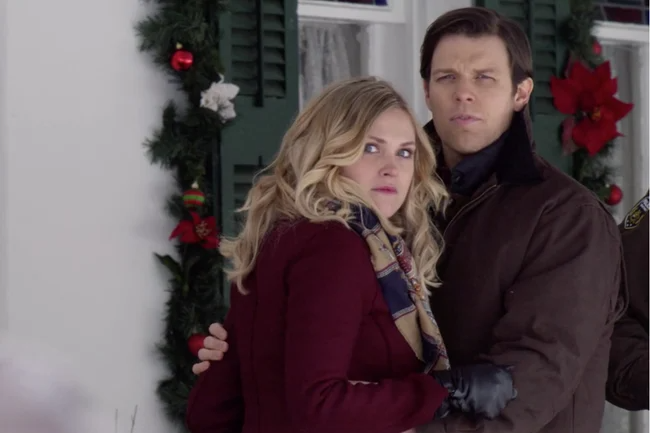 I think I fell asleep in Christmas Inheritance, so this is here on the list for being genuinely bad and not good bad. 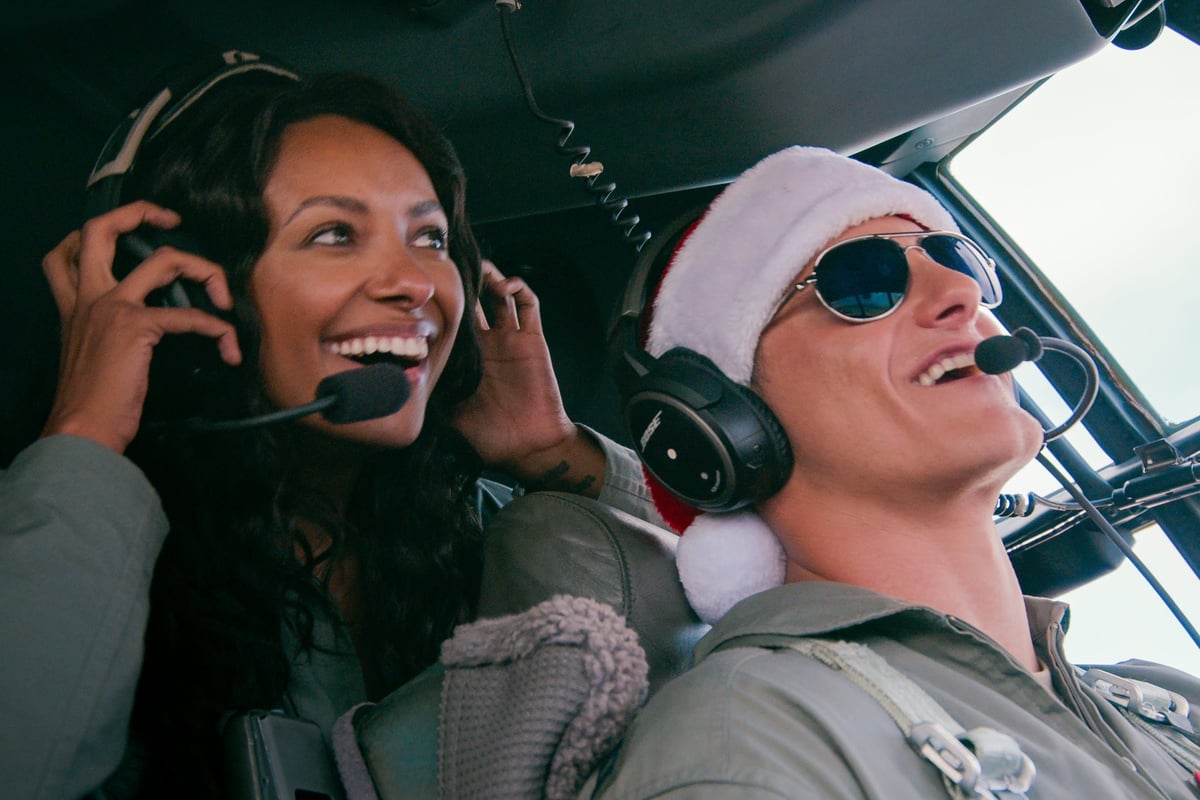 And it'd work, if the sweet holiday love story wasn't reliant on zero sexual chemistry and a man who thinks he's Santa whose sled is an airforce plane. 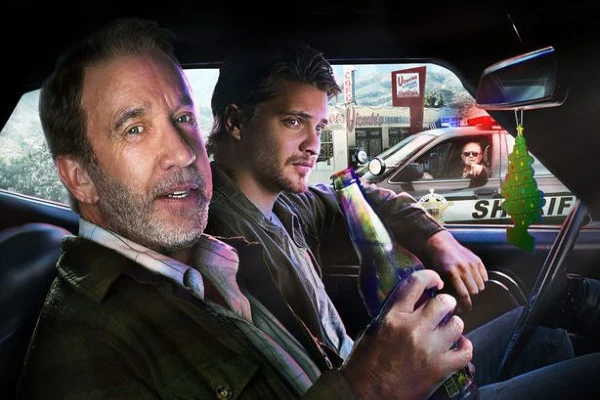 This has the same title as 2019's Breaking Bad movie, and there is at least one meth reference in it. That's... the only similarity, I think.

On Christmas Eve, a troubled man searching for his father pulls out a gun and takes five hostages in a convenience store. It's absurd, but the cast is good: Jessica Alba, Dax Shepard, Tim Allen and the dad from That 70s Show, who plays exactly the same character but in a police uniform.

If you like your Christmas movies festive and heartwarming, El Camino Christmas is not for you. But if you're a grinch... Idk, maybe you'll like it (but also, no promises). Is Holiday in the Wild a good movie? Objectively, no.

But it's just... fine. It's also barely a Christmas movie, but because Christmas happens to take place during the 200 years Kristin Davis' character is at an elephant sanctuary in Zambia, we get a little bit of holiday fun.

Rob Lowe looks like Rob Lowe, which bumps it up a few places on any list, tbh. 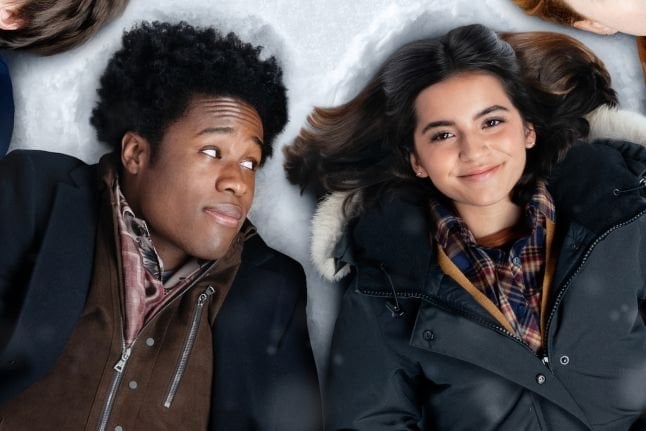 This is Kmart Love Actually.

Let It Snow follows the stories of multiple teenagers in a small American town on Christmas Eve. They each go through some stuff, like falling in love with a pop star, wondering if their boyfriend is cheating on them, and realising they’re actually totally into their best friend. Not much of it makes sense, but at least it's wholesome.

It’s basically every trope from previous coming-of-age movies but with snow and a banger original Christmas song.

In terms of Netflix acting, this one is pretty good - it even has Joan Cusack, who wears tin foil for an unexplained reason. 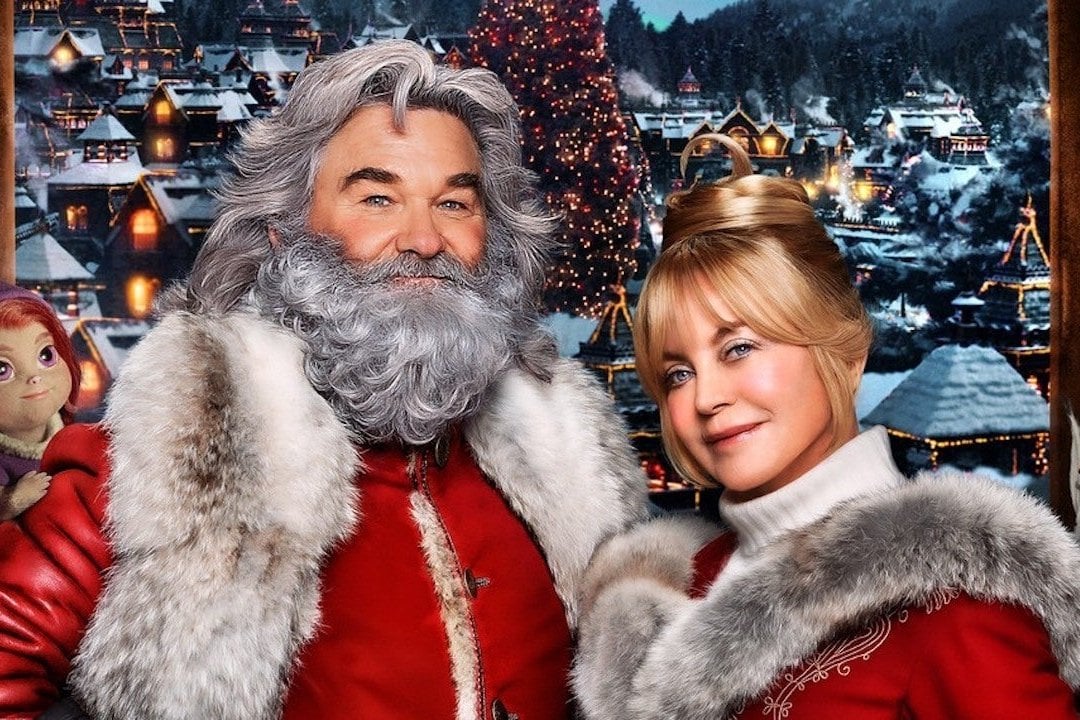 Kurt Russell is back as cool Santa in this sequel, and his real-life partner Goldie Hawn is Mrs Claus.

The storyline of this makes... very little sense, and the special effects and elves are A LOT. Kiwi legend Julian Dennison is the villain, and honestly it is a bit weird for the bad guy in the North Pole to sound... like that.

It's fine. But the highlight of The Christmas Chronicles: Part Two is once again Kurt Russell. He's just so cool. 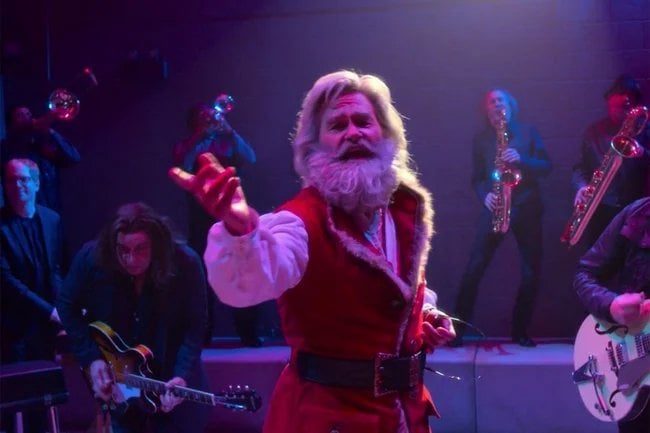 The original Christmas Chronicles is worth watching purely because obviously, Kurt Russell is Santa. But not a regular Santa, a cool Santa.

The rest of the movie is average/fine/actually quite wholesome, and the CGI elves and reindeer are real cute. Plus, Santa gets arrested and starts an Elvis-inspired performance in jail. That's the definite highlight, so you could always fast forward to that very important moment. 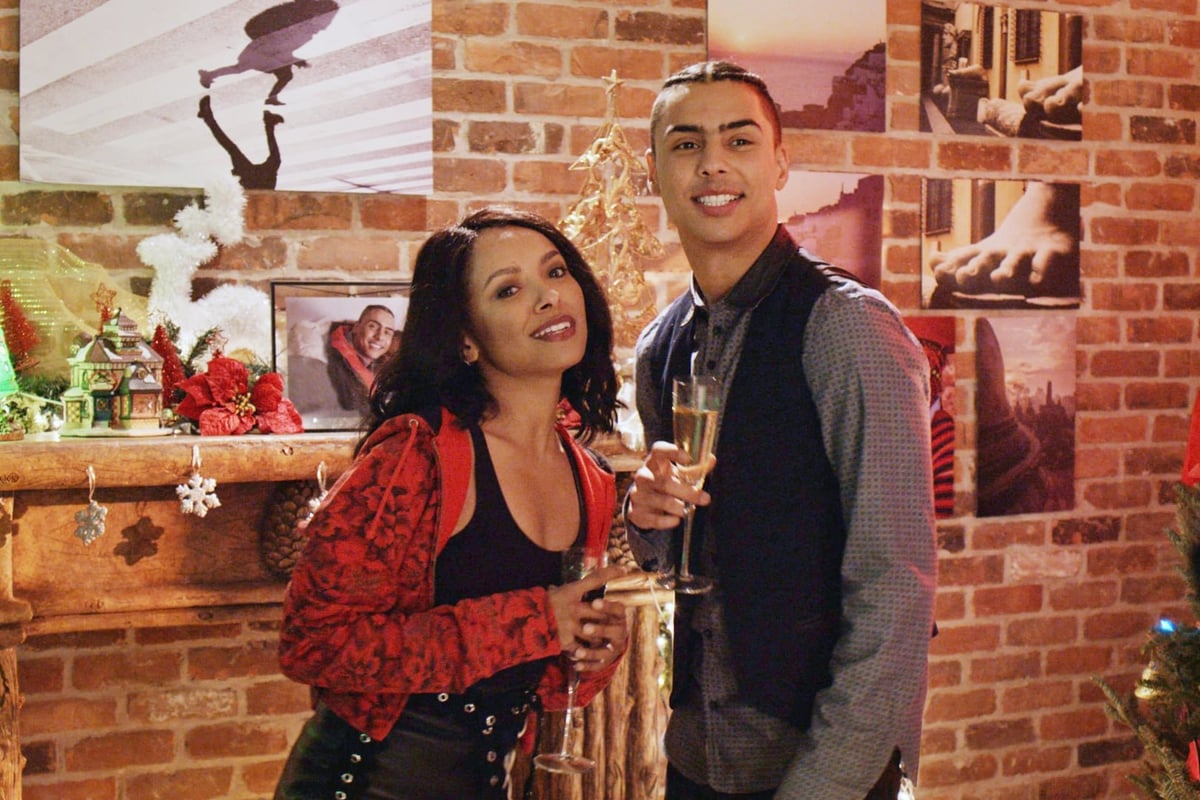 This is about a magical advent calendar that can... predict the future, leading Abby on the magical journey of having to choose between a hot doctor or her childhood best friend, who knows her so well! No prizes for guessing how this one ends.

This is a bloody terrible film, in a slightly less 'good terrible' way than other Netflix originals that have become festive favourites.

7. A Christmas Prince: The Royal Wedding. 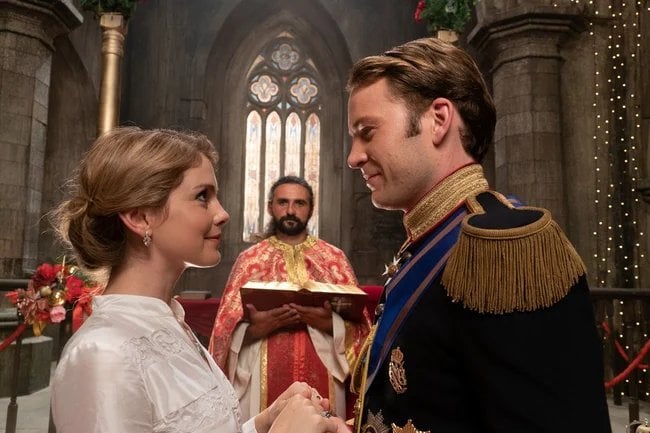 Our favourite thing about the first A Christmas Prince was that it was entirely unoriginal and based on trope after trope after trope. Recognising this, Netflix's sequel continued to do the same... with an added, yet not really relevant, side plot about royal funds being embezzled.

I've ranked this less bad (and therefore less... good) than the other films for no reason other than the fact that I hated Amber's wedding dress. I guess agreeing to marry an obscure European prince you've known for a matter of weeks doesn't buy you taste. 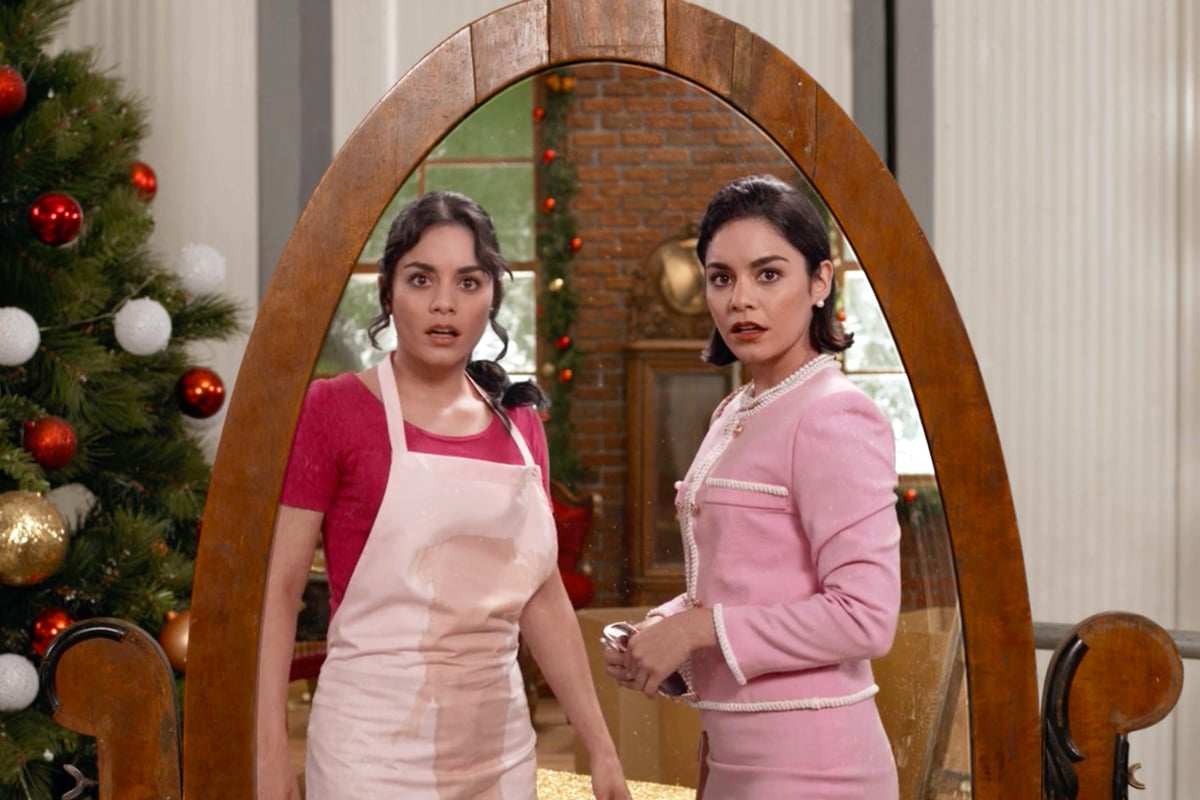 The Queen of Netflix original Christmas films plays Stacy, a baker who travels to a made-up European kingdom for a baking competition, only to discover that the kingdom's Duchess is ALSO played by Vanessa Hudgens.

They switch places, obviously, and fall in love with men from each other's lives. I'm pretty sure an 11-year-old wrote the script, but that's actually why it's so great. There's absolutely no surprises, and the sub plot about a small nation's beloved reality TV competition really spoke to me.

5. A Christmas Prince: The Royal Baby. 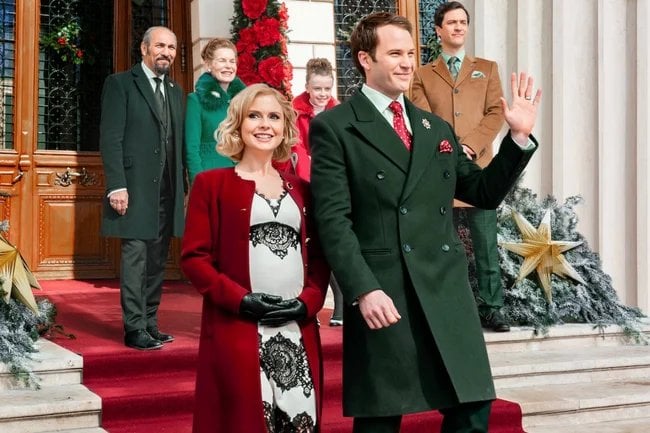 The third film in the Christmas Prince series, which we absolutely didn't need but are eternally grateful for, follows an absolutely-not-ripped-from-Harry-and-Meghan pregnancy plot.

Amber and the prince (I've intently watched and loved all three movies and honestly, I still don't remember his name) are expecting their first child and must sign a 600-year-old truce treaty with visitors from a nearby kingdom.

The treaty then vanishes, which is really inconvenient because it just so happens that if it is not signed before Christmas, their first born child will be cursed! Disaster.

There's also a feminist subplot, a TRULY ridiculous horse riding scene, and a map of Aldovia (featuring nearby kingdom Belgravia, from The Princess Switch) which has some seriously weird borders, implying something very disturbing must have gone on in Europe.

It's definitely the weirdest of the trio, because curses and ghosts and Amber's abilities as an investigative journalist, despite only having one actual journalism assignment under her belt (and falling in love with the subject of that assignment, because what are professional boundaries?). 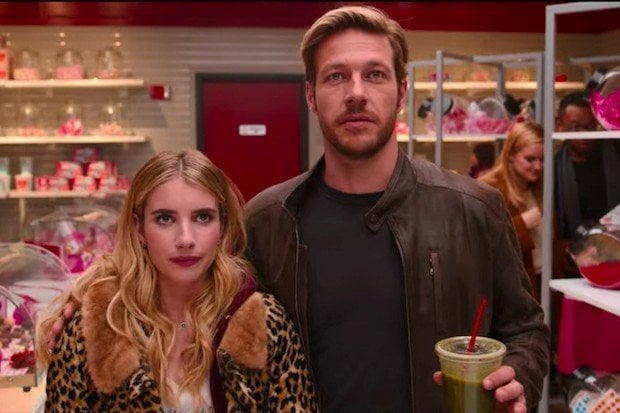 Holidate is a little awkward, because it very clearly had a bigger budget than other Netflix original Christmas films and therefore was probably aiming for legitimately good, instead of bad-good.

But bad-good is what we got, and honestly that's fine by me.

It is actually an every-holiday movie, rather than just strictly Christmas, but it begins and ends around this time of year so it counts.

Emma Roberts and Kmart Hemsworth are both fairly insufferable characters, the premise of a 'holidate' is very silly and there's some very outdated casual sexism throughout the entire thing.

Would 110 per cent still watch again. 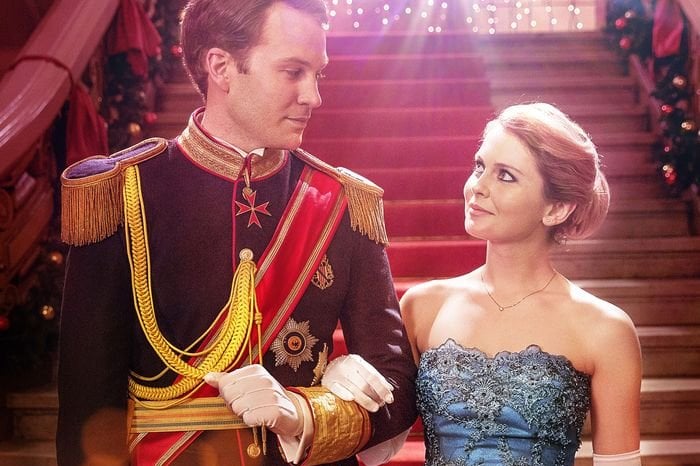 A Christmas Prince was the film that really kicked off this whole 'so bad it's good' Christmas genre for Netflix and we owe it so much. Films came before, but none attracted the love and support of viewers quite like this 2017 dumpster fire.

A Christmas Prince series walked so The Princess Switch series could run.

It's got everything we love about Netflix's originals: As many cliches as it can squeeze into 90 minutes, a much-too-fast relationship and a charming made-up place.

An inexperienced but passionate reporter (why are they always journalists?) gets given her first assignment: To report on the royal family of a fictitious European nation. It sure beats my first ever assignment about a cat stealing pipe from a local business.

Obviously the reporter and the nation's hot and eligible prince fall in love in the space of a week and it's absolutely ridiculous. In a good way. 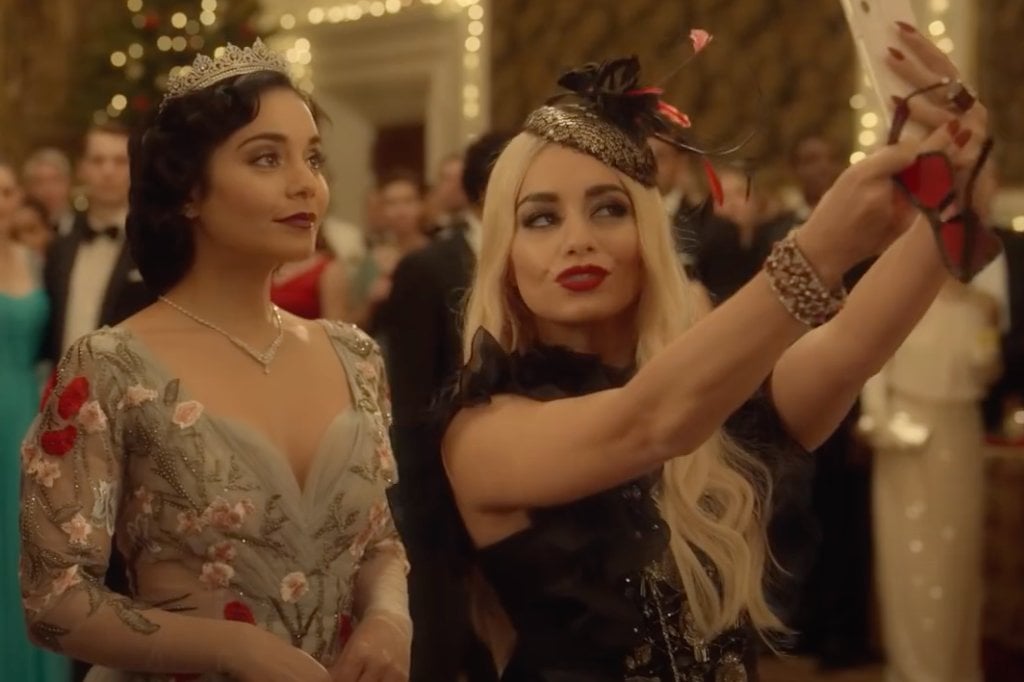 Sequels should rarely rank higher than original films. But folks, Vanessa Hudgens learned another questionable English accent for us. We must show our gratitude to the Queen of Netflix Christmas.

The Princess Switch sequel is great. Terrible, but great.

I can't wait for the third movie where there's four Vanessa Hudgens' and one sounds like the cast of Geordie Shore.

1. The Knight Before Christmas. 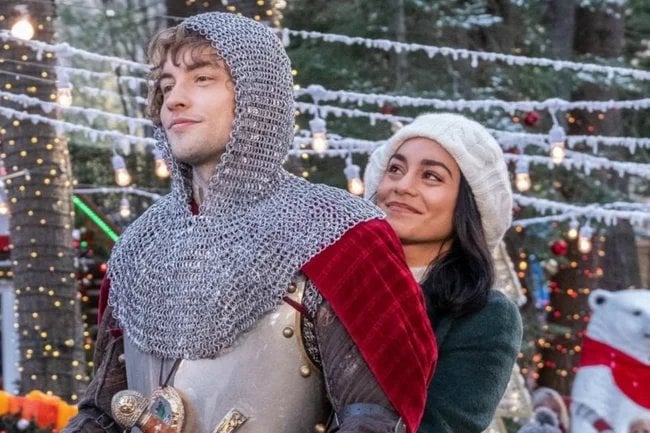 I can almost FEEL the rotten fruit being thrown at me, 14th century style BUT HEAR ME OUT.

In my opinion, The Knight Before Christmas is the worst Christmas movie on Netflix, and I mean that as a huge compliment.

There's a literal 14th century knight who magically time travels to 2019 to complete his 'one true quest', which is ambiguous but is probably to fall in love with Vanessa Hudgens. Who, by the way, should appear in all Netflix originals going forward. Absolutely all of them.

The knight, Sir Cole (Like... circle, yeah) learns about fridges and car radios while carrying his sword everywhere he goes, and the absolute best part is when he and Vanessa's character Brooke spend an entire scene binge watching Netflix. Meta AF.

Netflix also left the door open for a sequel with an after-credits scene, and I'm officially starting a campaign to get this underway.

CONTROVERSIAL? Perhaps. But I will defend this list with my whole heart.

Lucky for all of us, Netflix is constantly releasing Christmas movies and Christmas episodes at this time of year, so there should be enough terrible yet great content to keep you going right through until the big day.