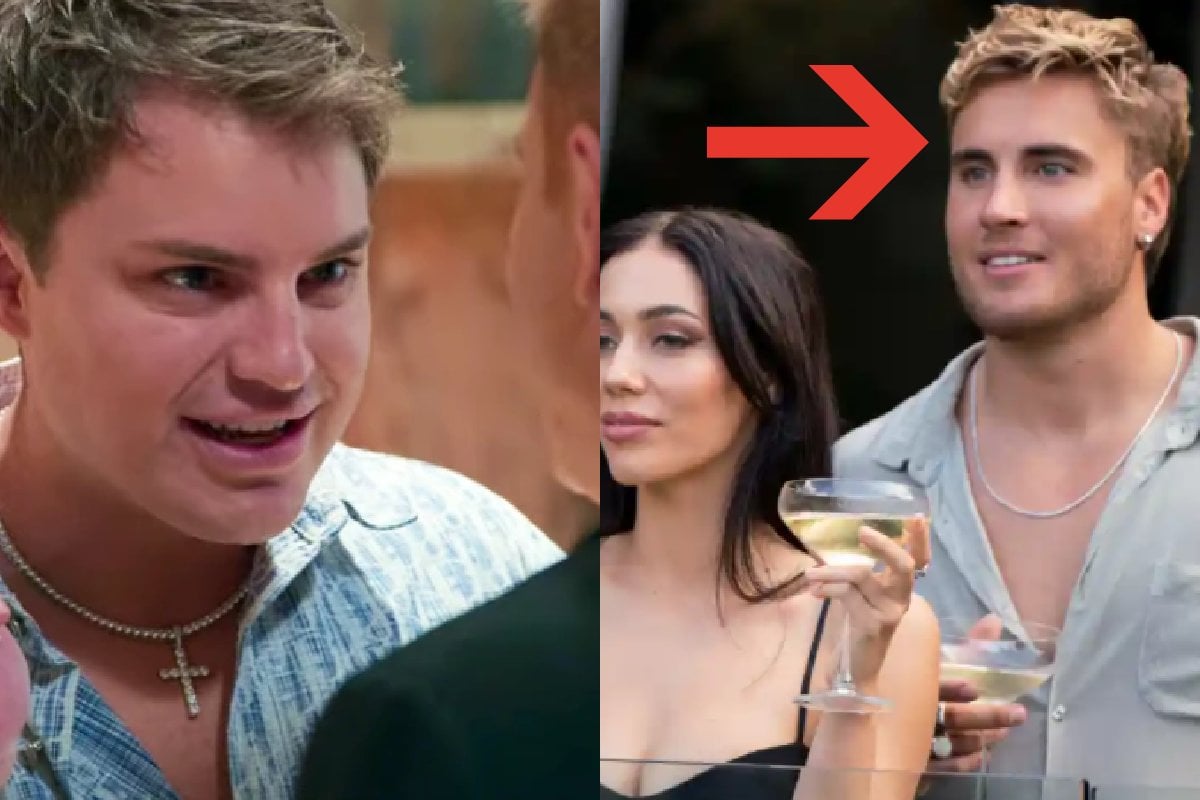 If you've ever thought to yourself, "That Nathan guy from The Bachelorette should have his own TV show," well, you're in luck.

That very TV show dropped onto Netflix earlier this week. It's called Byron Baes, and it's exactly like The Hills except for the fact it's set in Byron Bay and the main plotline is a love triangle between a guy from The Bachelorette, a guy from Love Island, and a girl who's moved from the Gold Coast in the hopes of becoming the next Delta Goodrem.

Throw in an energy healer named Simba, a woo woo Abbie Chatfield look-a-like, and Kyle Sandilands' ex assistant, and you've got a TV show that's so so so bad, it's good.

Watch the trailer for Netflix's Byron Baes. Post continues below.

I've watched every single minute of this goddamn show and I can't stop talking about it. And if it doesn't get a second season, I will throw my crystals off the Byron Bay Lighthouse in a display of solidarity for the cast who just want to cleanse their energies whilst also getting them sweet, sweet Instagram followers.

Here are seven thoughts I had while watching Byron Baes:

1. This seems to be a show specifically about Nathan from The Bachelorette and I'm not mad about it. 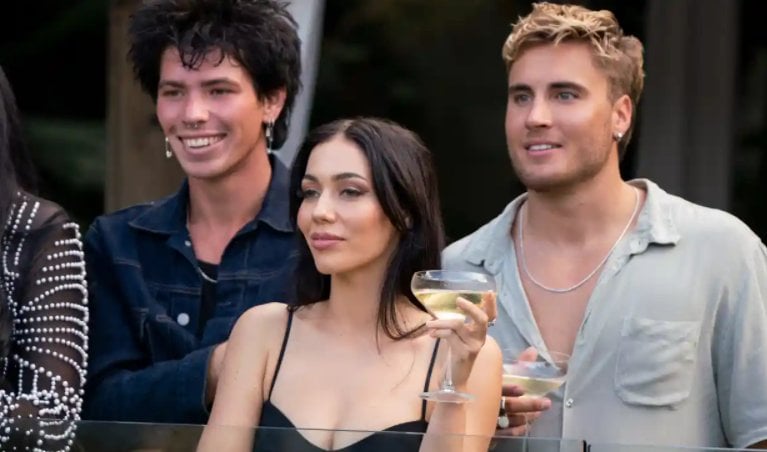 It's just so... unexpected.

Look this certainly isn't a TV show anyone ever asked for but maybe we need to look into other potential Bachelor franchise spin-offs.

I would watch the sh*t out of a show set at Bill's dog park for example.

Or a cooking show in which our good friend Ivan finally learns how to blend an avocado.

The possibilities are endless.

2. Hannah is actually Abbie Chatfield playing a woo woo character and I won't be persuaded otherwise.

If you think there's something a bit familiar about Hannah, it's because she's actually Abbie Chatfield after one too many crystal healing sessions.

3. Elias is an extremely good-looking man. 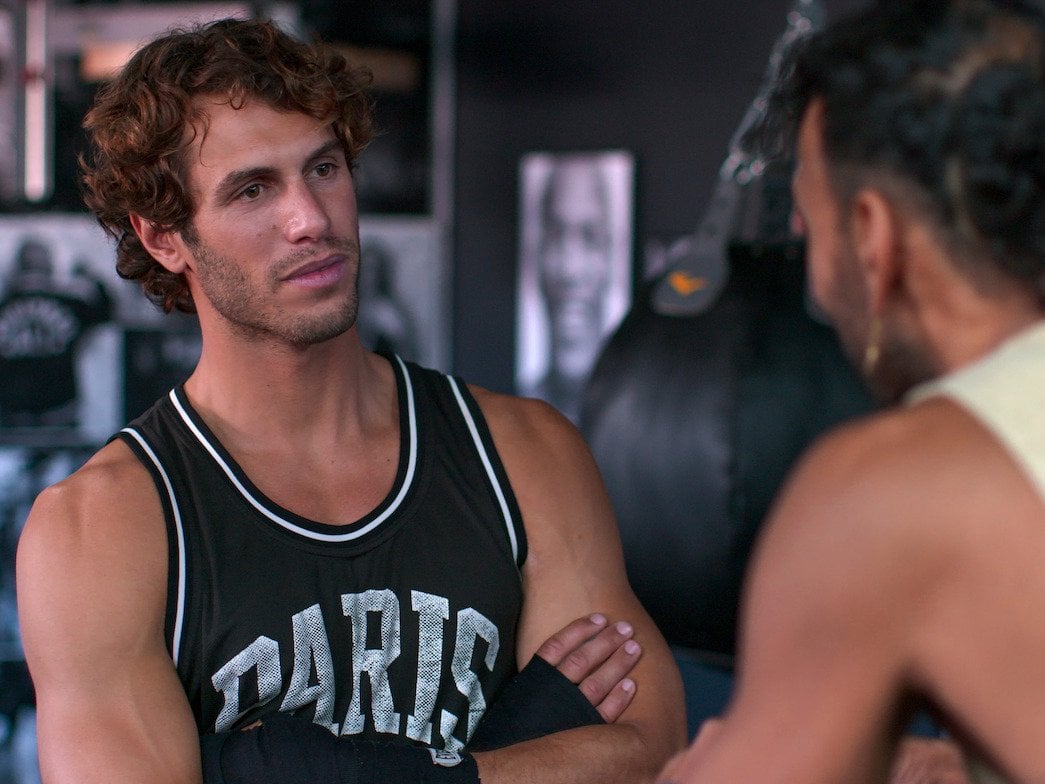 That's it. That's the whole point.

I met him in person the other day and I broke into a cold sweat. I've never been that close to such... bone structure. And also... teeth.

He hardly speaks throughout the eight-episode season, but that's okay sweetie, you don't have to.

4. Byron Bay vs the Gold Coast is the greatest celebrity feud of all time.

Who knew that these two cities had such beef?

Why aren't they talking about it publicly? I would love some Instagram Story drama between the local councils over who stole whose boyfriend.

5. The fight between Jade and Alex is the greatest moment in reality TV history. 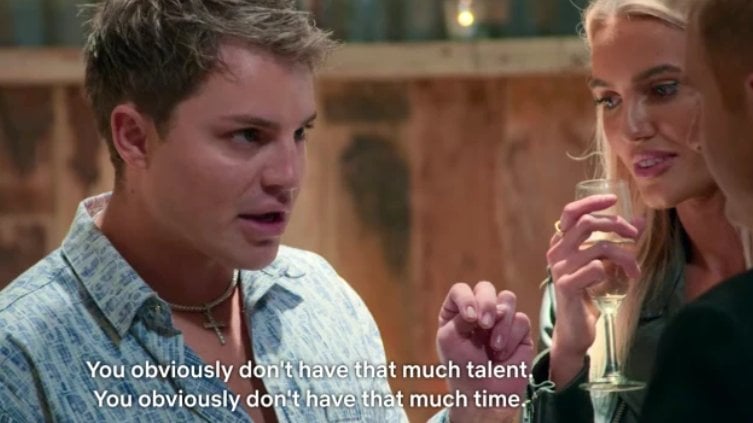 IT MAKES NO SENSE AND I LOVE IT.

For a brief moment in episode three and four, the show becomes The Real Housewives of Byron Bay after Kyle Sandilands' former assistant Alex confronts Jade aka "the biggest male influencer in Australia" about most of his Instagram followers being from Turkey and Iran.

Jade does a yell and says "DON'T YA KNOW I'VE TRAVELLED THE WORLD" like that's a legitimate explanation and then tells Alex he's a "F**KEN DISGRACE".

I was so disappointed when they made up. I would have followed this storyline through a seven-series arc.

Okay, okay, the producers obviously realised that they needed to bring everyone together every episode for the... drama. And also the... gossip.

So in every single episode, someone hosts a party or event.

And the events become more and more ridiculous as the season goes on. At one stage Simba brings everyone together to "heal their energies" and does some fire twirling while everyone is just in the background yellin' about how Sarah is trash because she's from the Gold Coast. 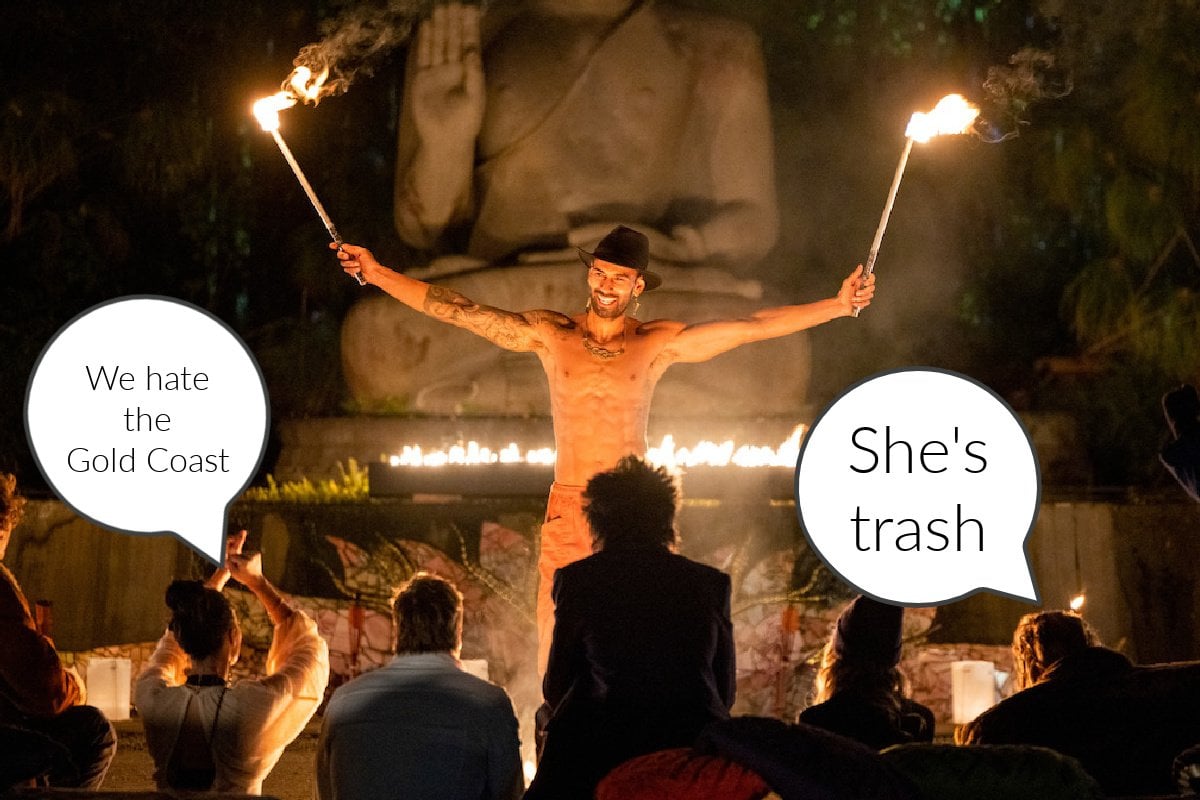 NO ONE WAS HEALED BY THIS.

The best parts of this show are the parts that are... bad.

Like when it's really obvious that someone is reading from a script. For example, when the girls ask Elle what she's been up to, and she says "I've been working on this really EPIC event for my charity [INSERT FULL NAME OF CHARITY HERE]."

No one... talks like that... in real life... to their friends who should probably know about their charity's full name already.

8. No this really is a show about Nathan from The Bachelorette.

Now his housemate is in love with him?

All eight episodes of Byron Baes are streaming on Netflix now.

Reply
Upvote
Hehe I live near Bill's dog park and trust me, that show would be AMAZING! That park is full of the sweetest doggos every day, Tim the poodle, Troy the Great Dane...you could make a show just out of the dogs (and yes, I have spotted Bill in his natural environment too)