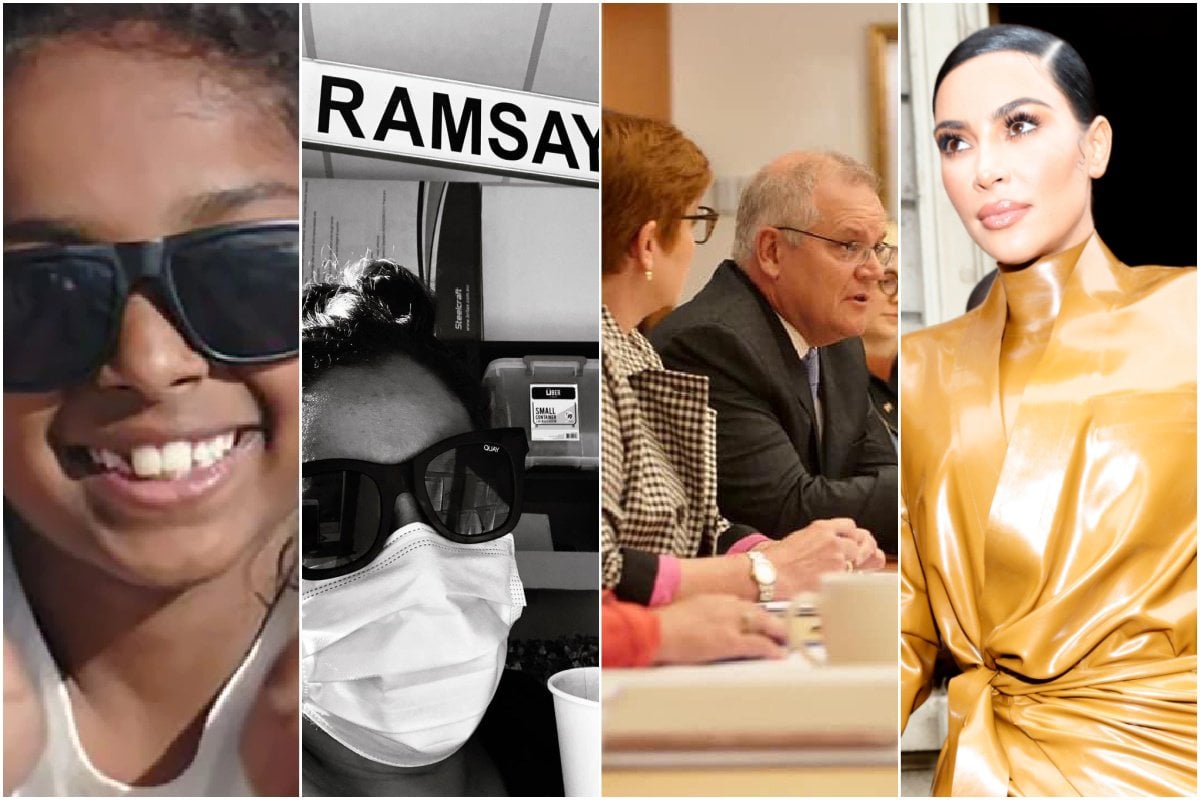 Questions have been raised about whether staff shortages contributed to the death of a young girl forced to wait for care at a Perth hospital.

She had been rushed to hospital with a fever.

Aishwarya's parents told Nine News they had pleaded for their daughter to be seen by doctors after her eyes became cloudy and her hands turned cold.

Aishwarya Aswath’s parents will be forced to wait at least a month before finding out whether Perth Children’s Hospital could have done more to save their little girl. 🔒 https://t.co/YCHRVPwONu pic.twitter.com/G0hCsMP1cv

She died soon after she was finally seen.

"I went to the reception maybe four or five times and I asked them to have a look at her," Aishwarya's mother Prasitha Sasidharan told Nine News.

"They were actually neglecting us. We pleaded with them to have a look. They didn't think it was an emergency."

The circumstances surrounding Aishwarya's death will be the subject of an internal investigation by the Child and Adolescent Health Service which is expected to take four to six weeks.

CAHS chair Debbie Karasinski has revealed four doctors in the hospital's emergency department were off sick that night.

Aishwarya was triaged as a category four patient, the second-lowest urgency.

A guest actor on Australia's longest-running TV drama Neighbours has claimed a racist culture is running "rife" on set.

Wentworth star Shareena Clanton says her six-week stint on Ramsay Street in a guest role was marred by "multiple racist traumas" which have required ongoing counselling.

"It's been lonely, triggering and traumatising to work in such a culturally unsafe space," she wrote on Instagram, adding she would never work for the Network Ten show again.

Ms Clanton says she fired her agent when he described a senior staff member's alleged use of the term "slave driver" - in reference to him working hard - as "office banter".

She also claims the set was "rife" with covert levels of racism, citing a white actress openly calling another actress of colour a "lil' monkey" as an alleged example.

Ms Clanton says she heard a highly racial slur uttered twice on set and in the green room, and was told to "go somewhere else" when she confronted the actor directly.

Other claims included Ms Clanton paying out of her own pocket to have a Wurundjeri Elder on set for "cultural safety reasons", and a department head laughing when a cast member used a highly sexualised term.

New Zealand Prime Minister Jacinda Ardern will begin a billion-dollar sales pitch to Australians on Wednesday, hoping for a big flow of visitors once the trans-Tasman bubble opens.

On Tuesday, Ms Ardern announced quarantine-free flights for Australians would be allowed from April 19.

Her government's decision brings New Zealand into line with Australia's border settings, and means people can flow freely between the two countries for the first time since the onset of COVID-19.

"Come and see us. New Zealand is a beautiful country and one of the things we miss the most is our ability to share it with you.

Aussie tourists have always contributed the lion's share of visitors to New Zealand.

More than 1.5 million Australians travelled to Aotearoa in 2019, the last year uninterrupted by COVID-19, spending a collective $NZ 2.74 billion ($A 2.5 billion), representing more than a quarter of NZ's total international tourist take.

Scott Morrison brought together senior colleagues on Tuesday at the first meeting of the new cabinet women's task force.

Minister for Women Marise Payne, who co-chaired the inaugural meeting in Canberra, said the group's priority would be responding to the Respect at Work report.

We had a valuable 1st meeting today of the new Cabinet Women’s Taskforce which is vital as we coordinate & accelerate our efforts & deliver for Australian women. It is also a chance to identify gaps & make decisions on how best to fill those gaps to make a real & lasting impact. pic.twitter.com/10WqTiQOOB

The report was completed more than a year ago by Sex Discrimination Commissioner Kate Jenkins as Australia lagged behind other countries in preventing workplace harassment.

The prime minister said the women brought "the right experience, the right lens, the right focus, the right priorities and importantly the right values".

A man accused of drugging and raping three teenage girls in Brisbane last year is "lucky" to be released from behind bars, a court has been told.

The 21-year-old, who cannot be named for legal reasons, was granted bail when he appeared in a Brisbane court on Tuesday.

The apprentice mechanic, two men aged 24 and 20, and a 16-year-old boy were arrested on Thursday over the alleged offences committed on December 19.

It will be alleged the four invited three girls to a party in a Toowong unit, where they were drugged and sexually assaulted multiple times, police said last week.

Two of the girls consumed alcohol and cannabis, while the third had only alcohol, the court heard.

Few details of the alleged offences were heard in court on Tuesday, but it is alleged one girl was repeatedly raped after passing out and another was described as being "woozy".

The crux of the evidence against the 21-year-old is that his DNA was allegedly found on the inside of a condom, while the DNA of one girl was on the outside, magistrate Noel Nunan said.

"You make sure you don't get into any more trouble," Mr Nunan told the 21-year-old after agreeing to his release on bail.

"You're a lucky man, I suspect, to be getting out today."

The man, who was already on bail on other unrelated charges, is charged with raping one girl five times and the others once each.

He is also charged with two counts of indecently assaulting one teenager and administering a stupefying drug to all three girls.

More than a dozen alleged online predators have been charged for child exploitation and abuse offences in the Northern Territory and Queensland.

Fifteen men, aged 21 to 52, were charged with 45 offences related to child abuse and using internet chat forums to procure children.

These include transmitting indecent communication, using a carriage service to procure a child and indecent dealing with a child under the age of 10.

Women in nude Dubai shoot to be deported.

The women involved in a naked photo shoot on a high-rise balcony in Dubai will be deported, authorities say, after the footage went viral.

At least 11 young Ukrainian women and a Russian man were arrested over footage of the nude shoot, which prompted a crackdown in the Gulf Arab sheikhdom.

The Attorney General of Dubai has announced the women will now be deported from the UAE - after the public prosecution “completed investigations on a recently publicised photo shoot which contravened UAE law” https://t.co/MAUxaktnT7

Dubai's Attorney General Issam Issa al-Humaidan on Tuesday said that the public prosecution has completed investigations and those behind the photo shoot will be sent back to their countries.

The move to deport the foreigners is highly unusual for the legal system in Dubai, an absolutely ruled sheikhdom. Typically, such cases go to trial or are otherwise adjudicated before deportation.

Hospital beds in France and Canada are filling up with COVID-19 patients as the two countries battle a third wave of the pandemic, while Hungary has reached an important vaccination milestone.

France at the weekend begun a third nationwide lockdown, this one lasting four weeks, and its hospital system remains under pressure. The number of people being treated in intensive care units for coronavirus is at the highest point in France in almost a year – more than 5600 cases.

France's COVID-19 hospitalisations at a near five-month high https://t.co/epSweKGkuW pic.twitter.com/qtOhs6AZz5

Canada has averaged nearly 5,200 new coronavirus cases per day over the past week, and has recorded a total of more than a million positive tests and 23,000 deaths.

The Canadian province of Ontario - the nation's most populous - entered a limited lockdown on Saturday, but some local health officials are calling for more drastic measures.

Meanwhile, Austria and Hungary have set goals for when they will lift their lockdowns as vaccine rollouts take effect. Austria is preparing to reopen up many sectors of public life in May as it emerges from the worst of the pandemic. Some of Hungary's businesses will begin reopening as it has now given more than a quarter of its 10 million people a first vaccine shot.

Hunt for survivors of Indonesian cyclone.

Rescuers are searching for dozens missing in remote islands of southeast Indonesia and are braced for more casualties as reinforcements arrive to help in the aftermath of a tropical cyclone that has killed at least 97 people.

Indonesia's disaster agency BNPB revised downwards the death toll from the cyclone in the East Nusa Tenggara islands, after earlier saying 128 had died.

Dozens of people on the Lembata island, one of the worst hit areas, are thought to be among at least 98 missing.

Thousands of people have been displaced, nearly 2000 buildings including a hospital impacted, and more than 100 homes heavily damaged by the cyclone.

Kim Kardashian is officially a billionaire.

Kim Kardashian has officially achieved billionaire status for the first time, according to Forbes, who have included her in their World’s Billionaires list.

They've cited the success of KKW Beauty and Skims as the reasons behind her increased wealth, alongside Keeping Up With The Kardashians, real estate and endorsments.

Forbes claim that Kim's net worth has shot up from $780 million since October.

- Coronavirus-related deaths worldwide crossed three million on Tuesday, with deaths on the rise once again especially in Brazil and India.

- Prince Harry and Meghan's first Netflix deal will be a docuseries about the Invictus Games, the streaming service has announced.

- Six people found dead in a home in Texas were members of the same family, who were killed in an apparent murder-suicide police say. Investigators believe two brothers, aged 19 and 21, made a pact to kill their parents, sister and grandmother, before killing themselves.

- Actor Paul Ritter, well known for his role as the wizard Eldred Worple in Harry Potter and the Half Blood Prince has died from a brain tumour aged 54.