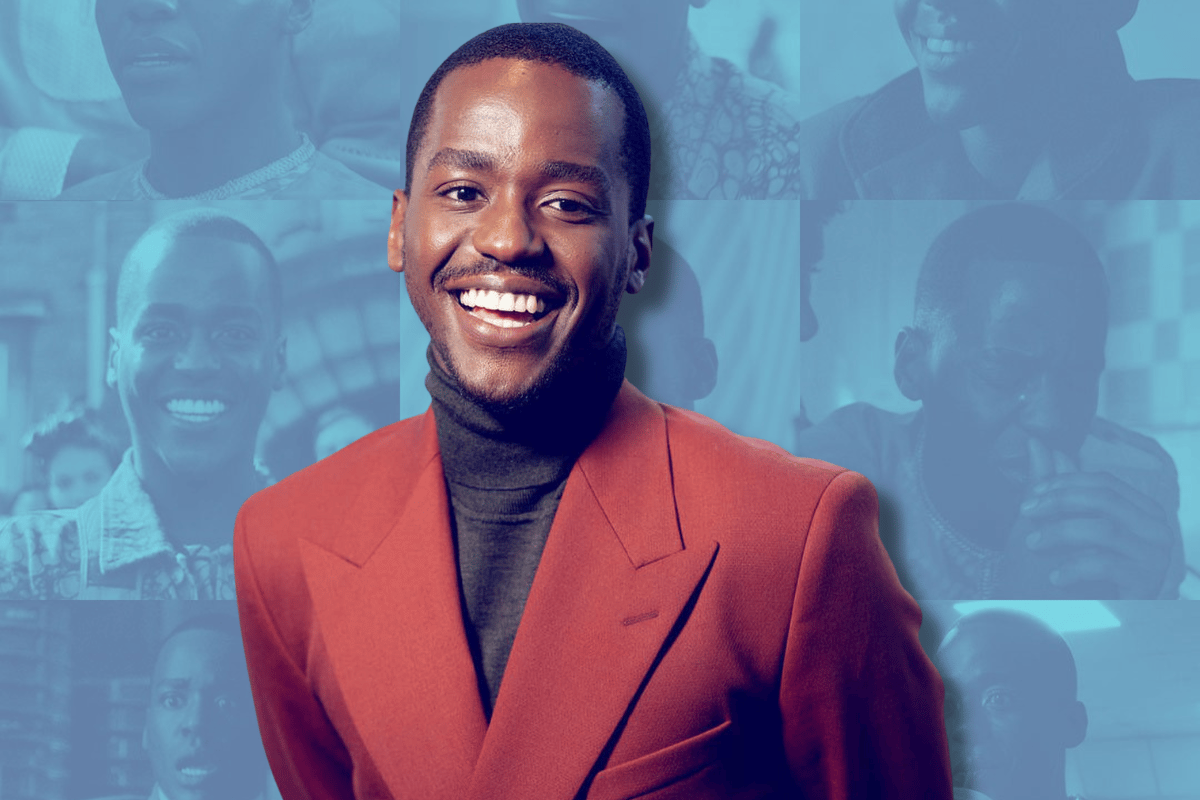 For fans of the hit Netflix series, Sex Education, it's hard to believe that actor Ncuti Gatwa who plays the beloved character of Eric Effiong, was homeless and hungry in 2018.

Now, just four years later, Gatwa has landed the iconic role of the 14th Doctor Who, a part previously held by a list of well-known actors including Jodie Whittaker, David Tennant and Matt Smith.

Fans and friends have reacted excitedly to the announcement that Gatwa will be the first black actor to be cast as the primary incarnation of the Time Lord.

Bridgerton actor Rege-Jean Page offered his congratulations on Instagram while his Sex Education co-star Gillian Anderson was one of the first to share the good news via Twitter, writing "Congratulations to this little ray of sunshine".

The official announcement from the BBC came just before Gatwa was pictured on the red carpet at the BAFTA awards, where he was nominated for Best Male Comedy Actor.

Gatwa gave a statement to the BBC about how he felt after the official Doctor Who announcement.

"It feels really amazing. It's a true honour. This role is an institution, and it's so iconic," Gatwa said.

"I feel very grateful to have had the baton handed over and I'm going to try to do my best.

"Unlike the Doctor, I only have one heart, but I'm giving it all to this show."

On his Instagram account, Gatwa shared his good news to his over 2.6 million fans with a post of two hearts, a plus sign and a blue square, symbolising the Doctor's two hearts and his blue time-travelling spaceship, the TARDIS.

As part of the BBC's announcement on the official Doctor Who website, Russell T Davies, the screenwriter and producer best known for Queer as Folk and for reviving the Doctor Who franchise, said that Gatwa was the perfect pick for this iconic lead.

"The future is here and it’s Ncuti!" Davies exclaimed.

"Sometimes talent walks through the door and it’s so bright and bold and brilliant, I just stand back in awe and thank my lucky stars. Ncuti dazzled us, seized hold of the Doctor and owned those TARDIS keys in seconds. It’s an honour to work with him, and a hoot, I can’t wait to get started."

Long before red carpets and life-changing television roles, Rwandan-Scottish actor Ncuti Gatwa grew up in Edinburgh after his parents fled from the genocide in Rwanda in 1994.

He attended a regular high school, then moved to Glasgow to study at the Royal Conservatoire of Scotland before graduating with a BA in acting in 2013.

After graduation, he remained in Scotland with the Dundee Theatre Company and for the next five years he had roles in a variety of theatre productions including as part of a touring show in the US.

Listen: Mamamia's entertainment podcast on all things Selling Sunset and Doctor Who. Post continues below.

When he returned home to the UK, he had no job to go to and his money was running out. He ended up temping at the prestigious department store, Harrods, while auditioning for work, as he told The Big Issue in 2020.

“I started temping but had to take time off to audition for roles I wasn’t getting. When I didn’t get enough temping work, I fell behind on my rent. By the end of my second month of unemployment, I was out of savings," Gatwa said.

“Being a 25-year-old man with no money or job affected my sense of self-worth. Rejection became unbearable. Auditions weren’t just acting jobs, they were lifelines.”

Gatwa felt like he couldn't tell his parents that he was out of work because he felt ashamed and guilty.

"I’d been warned that acting was an unstable profession and knew my parents couldn’t support me financially. I had assured them I was going to work as hard as possible to make this career happen so their hard work, as immigrants who fled Rwanda and sacrificed everything for me, wouldn’t be in vain. But I was falling short on my promise."

When an offer of accommodation fell through, Gatwa said he had an awful realisation.

“As I was standing on the street with my suitcases, one thought came into my head: ‘I’m homeless.’ I couldn’t have got through without two wonderful friends.”

Gatwa stayed with friends to save money while he continued to audition and work at his temp job. He had to share a bed, could only afford to eat one meal a day, and he didn't have funds for his Tube fare. It was a very heavy few months for his mental health.

“Sofa surfing is tough. No matter how nice your friends are, there is a limit. I could see the strain I was putting on them. It felt awful being that guy – using the electricity and water but not contributing. And sharing a bed with someone you’re not intimate with, no matter how close you are or how nice they are, gets annoying.”

“I developed depression. But I never let people know how down I was feeling. That would have been another burden for my friends to take on. My mind became my biggest enemy.”

Thankfully for Gatwa a life-changing role in a new Netflix production was just around the corner.

In 2018 he auditioned for the charismatic and colourfully dressed character of Eric Effiong in Sex Education, and after the show was released in 2019 to rave reviews, Gatwa became an overnight sensation.

He has since won a BAFTA Scotland award for Best Actor in 2020 as well as three BAFTA nominations for Best Male Comedy Performance.

Ncuti is expected to appear in the BBC's centenary special episode of Doctor Who later this year with current incarnation Jodie Whittaker, before making the role his own in 2023.

Reply
Upvote
2 upvotes
Haven’t watched Dr Who for a while but will be very interested to see him play this role. He was absolutely brilliant as Eric in Sex Education.