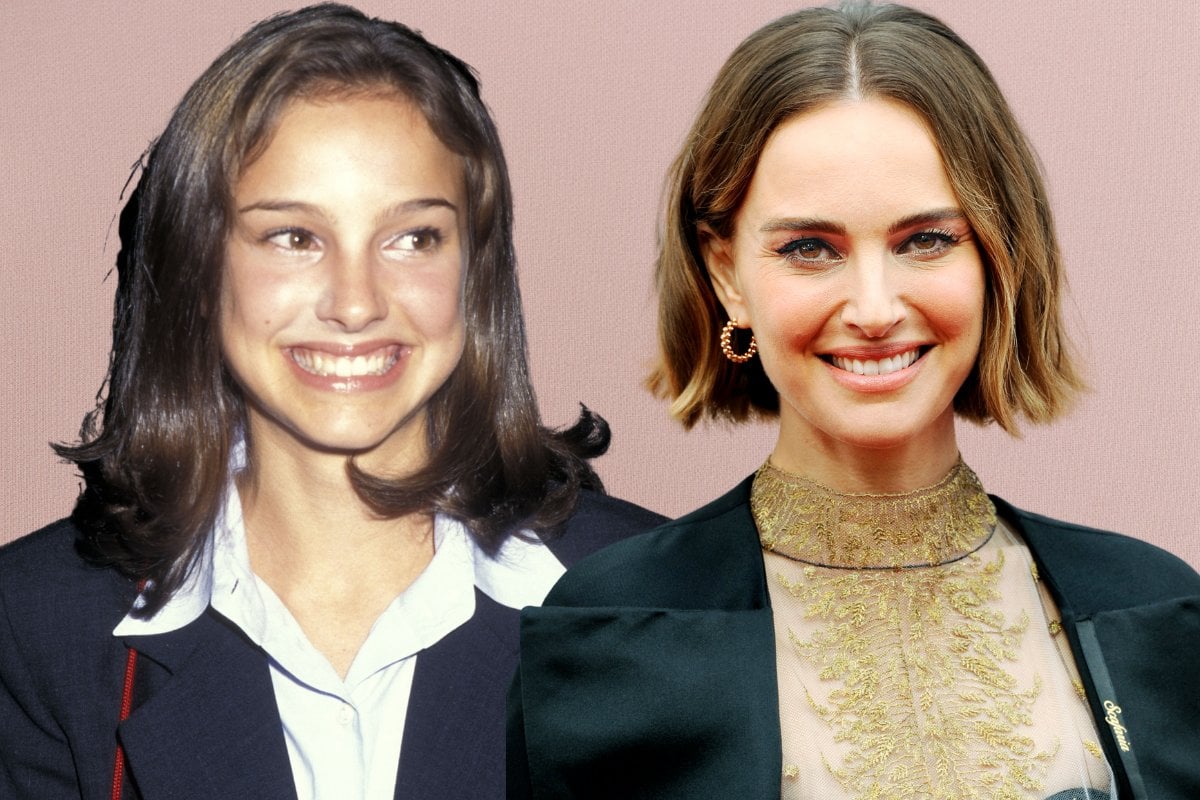 The 1994 film, titled Léon: The Professional, followed Natalie Portman as Mathilda, a 12-year-old girl who is taken in by a professional assassin after her family is murdered.

It was a turning point for the young actress. After Léon: The Professional, Portman didn't have to go to auditions anymore. Instead, countless producers approached her with potential roles and scripts.

But as the teenager landed roles in the likes of Beautiful Girls, which followed a middle-aged man who has a crush on her young character, she garnered a new type of attention.

From the age of 12 years old, Natalie Portman was "sexualised" in the public eye.

Speaking on Armchair Expert With Dax Shepard, the now 39-year-old shared that the public reaction to her earliest film roles was difficult to handle as a teenager.

"I was definitely aware of the fact that like, I was being portrayed — like mainly in the kind of journalism around when the movies would come out — as this Lolita figure and stuff," she shared.

"Being sexualised as a child, I think, took away from my own sexuality because it made me afraid," she continued.

"It made me feel like the way I could be safe was to be like, 'I’m conservative, and I’m, you know, serious, and you should respect me, and I’m smart and like, don’t look at me that way.'"

The actress shared that the public reaction led her to start choosing parts that were "less sexy".

Most notably, she turned down the role of Lolita in the 1997 film adaptation of Vladimir Nabokov's infamous book about a middle-aged man who falls in love with a 12-year-old girl. 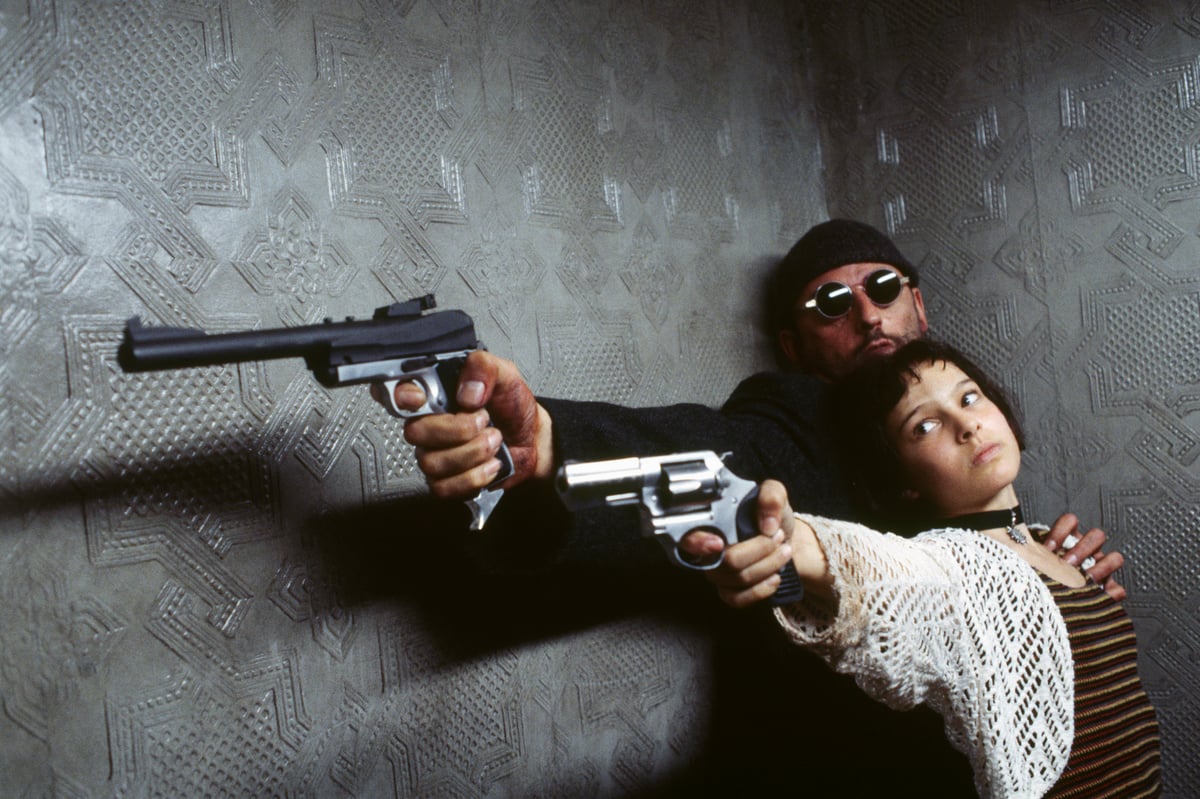 Natalie Portman and Jean Reno on the set of Léon: The Professional. Image: Getty.

"It made me worried about the way I was perceived and how safe I felt," she said.

"So many people, I think, had this impression of me that I was, like, super serious, and like prude and conservative.

"I realise I consciously cultivated that because it was a way to make me feel safe. That, 'Oh, if someone respects you, they’re not going to objectify you.'"

Speaking at the Women's March in 2018, Portman recalled when she was sent fan mail for the first time.

She was incredibly excited to open it. But when she read it, she realised that it was a rape fantasy a man had written her.

"At 13 years old, the message from our culture was clear to me. I felt the need to cover my body and to inhibit my expression and my work in order to send my own message to the world: That I'm someone worthy of safety and respect," Portman told the crowd at the rally.

"The response to my expression from small comments about my body to more threatening, deliberate statements served to control my behaviour through an environment of sexual terrorism."

She also recalled other realisations that the world wasn't good at handling young women in the spotlight. 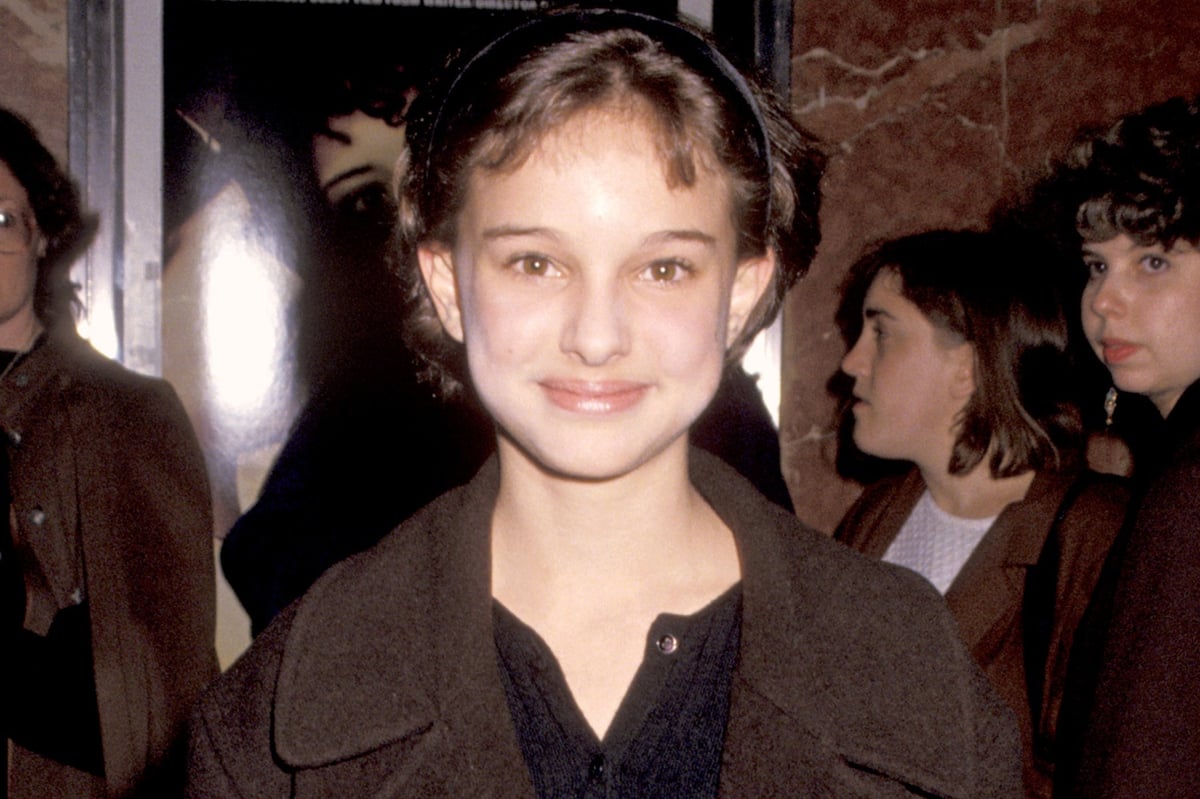 "A countdown was started on my local radio show to my 18th birthday – euphemistically the date that I would be legal to sleep with," she shared.

"Movie reviewers talked about my budding breasts in reviews. I understood very quickly, even as a 13-year-old, that if I were to express myself sexually, I would feel unsafe and that men would feel entitled to discuss and objectify my body to my great discomfort."

Natalie Portman's life in the spotlight.

From Léon: The Professional and Beautiful Girls onwards, Natalie Portman's career was in full swing.

While she was still in high school, the actress landed the role of Padmé Amidala in the Star Wars prequel trilogy.

It was the first role for the actress that felt like work.

"This is the first 'job job' I've had," she told W Magazine at the time.

"Every other acting job was more like playing. It was very hard work, I was working 16 hours a day."

At the time, Portman was in her final year of high school. In fact, she didn't attend the first prequel premiere as she was studying for her final exams. 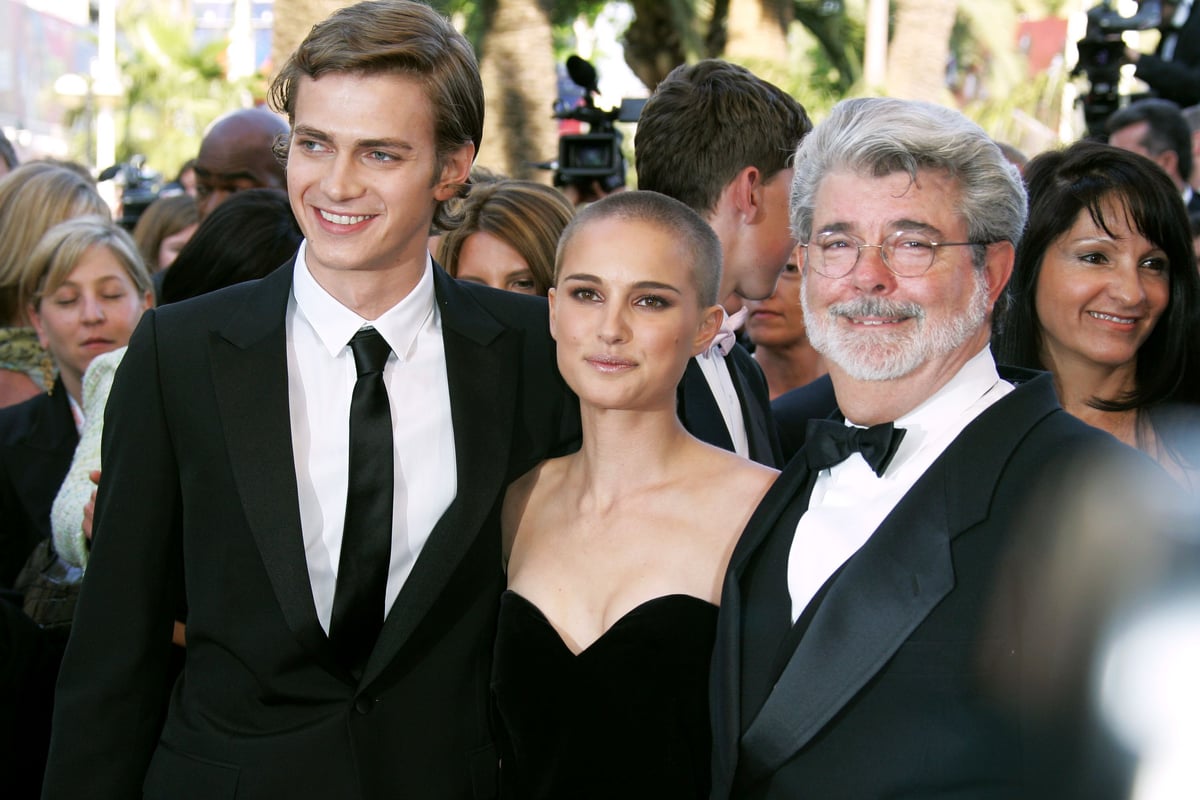 Hayden Christensen, Natalie Portman and George Lucas at the premiere for Star Wars: Episode III - Revenge of the Sith in 2005. Image: Getty.

When the first film, Star Wars: Episode I – The Phantom Menace, was released in 1999, Portman reached a new level of fame.

Suddenly, her face was on merchandise all around the world and her public perception slowly began to change.

"Personally, the success of Star Wars modified the nature of my public, of my fans. Now, I interest more kids than men of ripe age and, frankly, I prefer that," she told Belgium newspaper La Libre Belgique in 2000.

After Star Wars came appearances in coming-of-age film Anywhere But Here and romantic drama Where the Heart Is. But in 2000, Portman decided to take on a psychology degree at Harvard University, significantly reducing her acting workload over the next few years until she graduated in 2003.

When asked about balancing college with her career, she shared: "I don't care if it ruins my career, I'd rather be smart than a movie star."

After college, the actress had roles in romantic comedy Garden State and drama Closer, which earned her the Golden Globe Award for Best Supporting Actress. 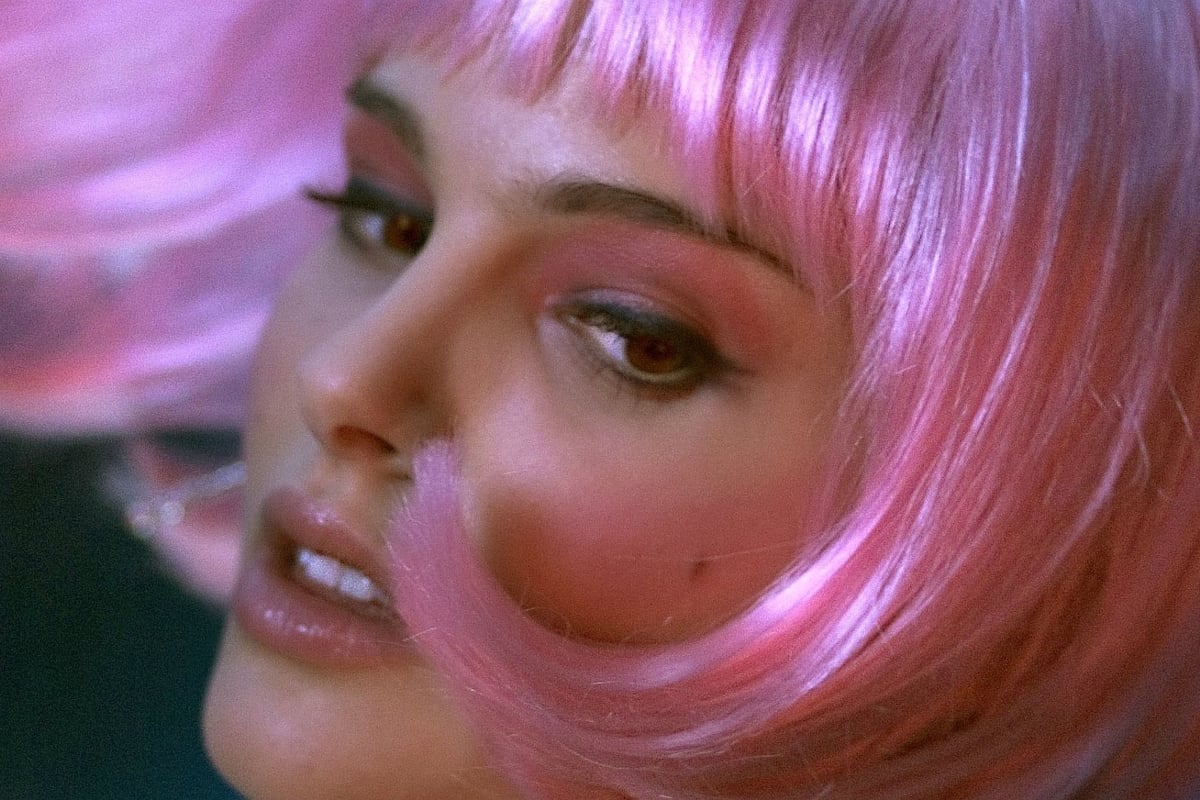 To prepare for the role, the actress worked with professional ballerina Mary Helen Bowers, training for five to eight hours daily for six months.

It was a role that left her physically and emotionally drained.

"It was the first time I understood how you could get so wrapped up in a role that it could sort of take you down," she told Entertainment Weekly.

The actress won the Academy Award for Best Actress for her role in the film.

After Black Swan, Portman began dating Benjamin Millepied, who was the choreographer for the film.

The pair married in 2012 in Big Sur, California. They now have two children together, nine-year-old son Aleph and three-year-old daughter Amalia. 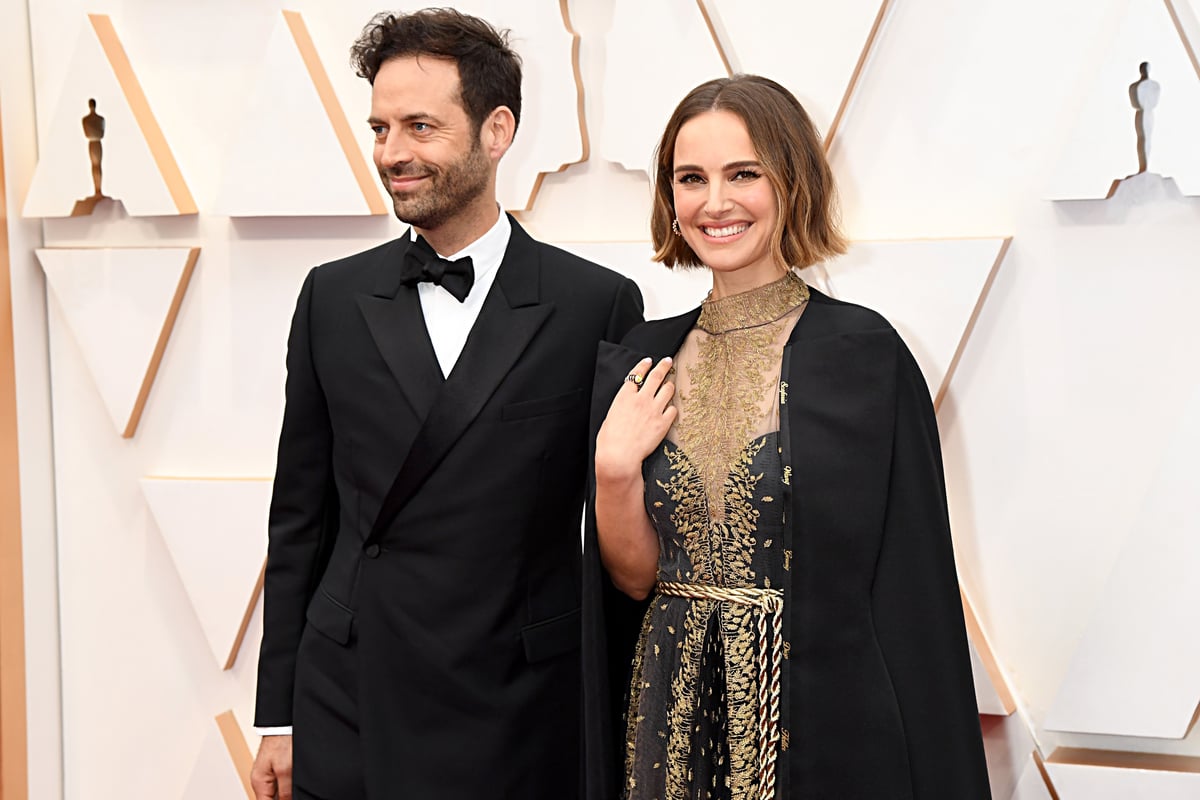 Benjamin Millepied and Natalie Portman at the Academy Awards in February 2020. Image: Getty.

After Black Swan, the 39-year-old appeared in romantic comedy No Strings Attached opposite Ashton Kutcher, which she described as a "palate cleanser", and took on the part of Jane Foster, Thor's (Chris Hemsworth) love interest in Thor and Thor: The Dark World.

Then, in 2016, she earned another Oscar nomination for portraying Jacqueline Kennedy in the biopic Jackie.

In more recent years, the actress has appeared in Annihilation, The Death & Life of John F. Donovan, and Lucy in the Sky.

She will also reprise her role as Jane Foster in Thor: Love and Thunder, which will commence shooting in Australia in 2021. 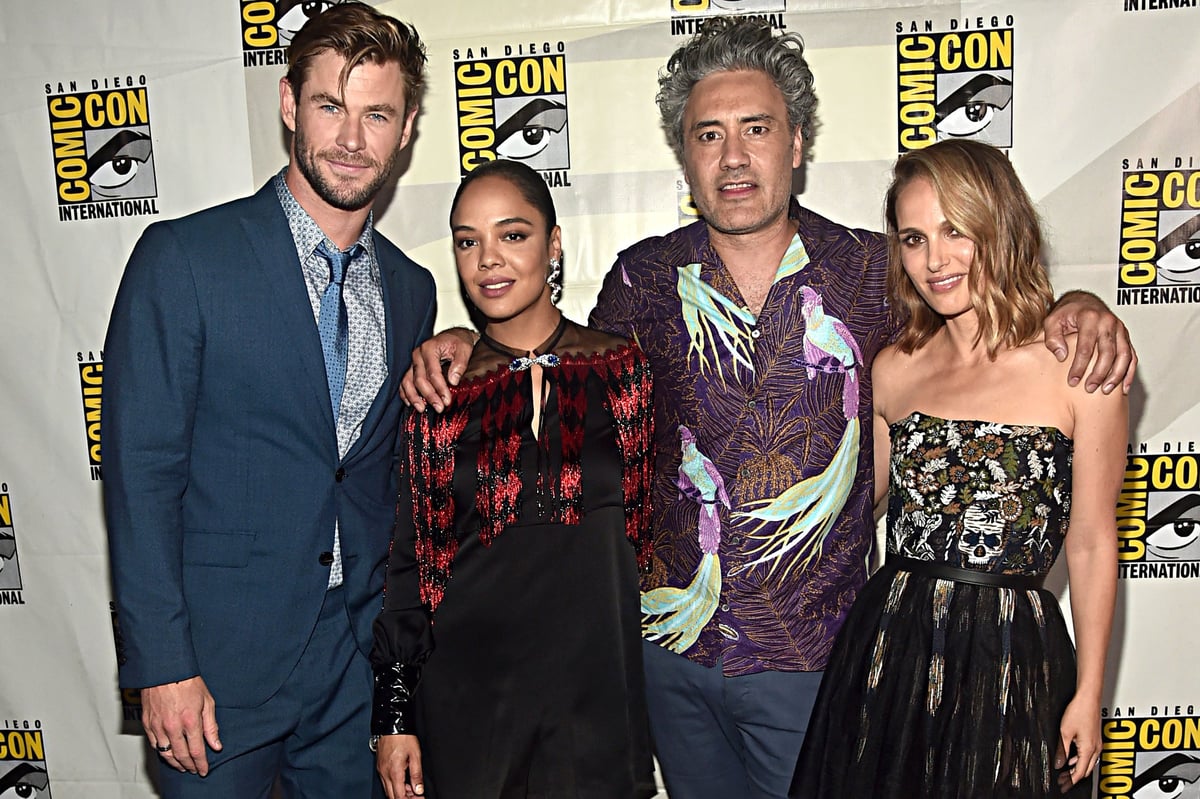 The mother-of-two has been based in Sydney with her family for the past few months in the lead up to filming.

Speaking on Jimmy Kimmel Live, Portman shared that her children are getting used to Australian life.

"They say lollies instead of candy, tomato sauce instead of ketchup," Portman said in an online interview. "When you want what you want, you gotta say it like the locals."

"It definitely feels like a time machine, and [I am] very grateful to get the opportunity to live like that," she said.

Reply
Upvote
2 upvotes
The Professional had a weird vibe to it, saw it a very long time ago,  I can remember being uncomfortable with her age and the way she was portrayed in some settings.
Liked the movie on the whole though.
S
snorks a year ago

Reply
Upvote
1 upvotes
@gu3st That was very much intentional, you were supposed to feel that way.
My feeling is it had to do with her having to be the 'parent' to her young brother, that would age you quickly.
R
random dude a year ago

Reply
Upvote
1 upvotes
@gu3st I did enjoy the Movie (as released in AUS) as well - but also got that vibe you mentioned.
I only recently found out the original French version confirmed the vibe.
S
snorks a year ago

Reply
Upvote
She was amazing in Leon, one of my favourite movies.
Terrible what her fans put her through, she sounds like she was able to stay sane.
Not sure if she was terrible in the Star Wars prequels or she just couldn't overcome the bad movies.
R
rush a year ago