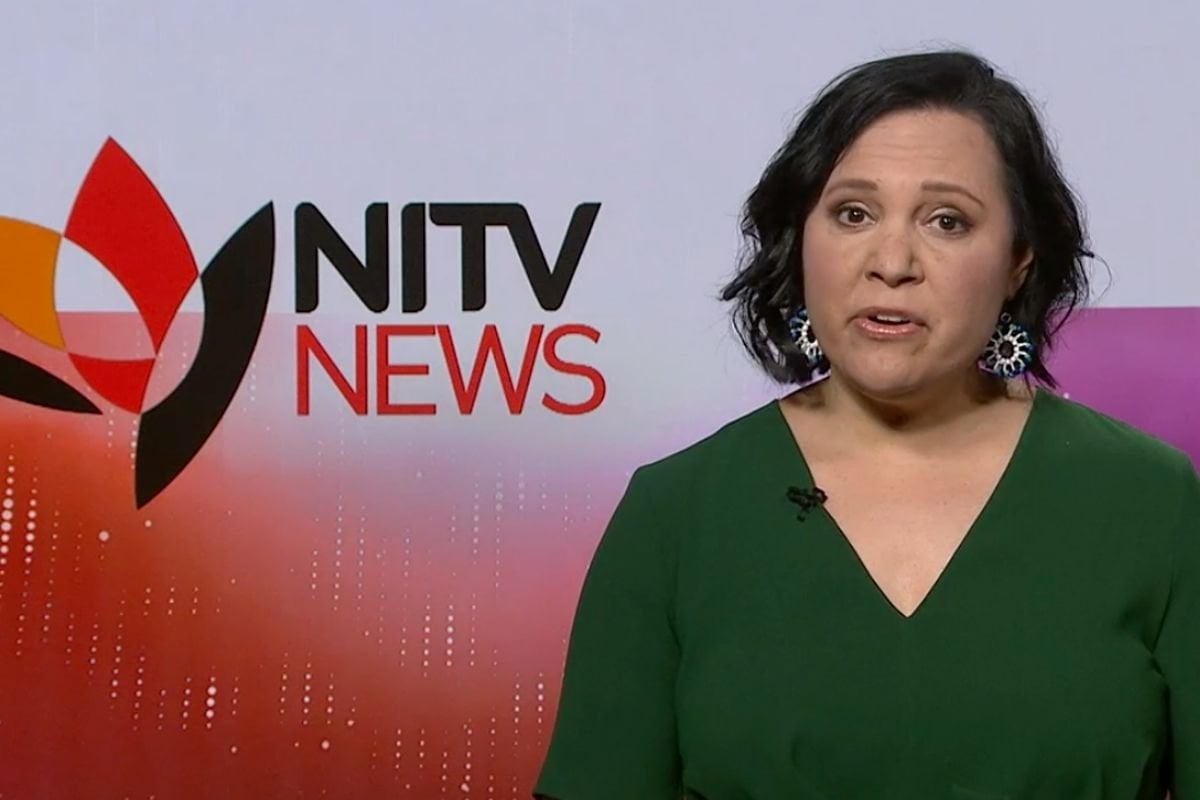 Natalie Ahmat has sat on the nightly news desk of NITV for 13 years delivering news and current affairs from an Indigenous perspective.

She adores her job, hence why she's still there. As a proud Mudburra and Wagadagum First Nations woman herself, she loves being able to give Indigenous communities a voice, tell their stories and celebrate their achievements.

But a big part of her job is holding politicians, other media and the Australian community to account by making sure the hardships and injustices that her mob face daily are reported on accurately, with the right nuances and the right calls to action. And as she told Mamamia, that can get incredibly frustrating.

"I have covered 12 Closing The Gap reports. So every February that [report] rolls around and it does sometimes unfortunately feel like Groundhog Day. But it sort of comes back to even though I feel some frustration that we're not moving forward and we don't seem to progress from the 12 months earlier - and in some cases the statistics are even worse - my role as a journalist is to report on that feeling of frustration."

As Natalie explains, if the only National Indigenous free-to-air TV channel in this country took their foot off the gas and stopped asking questions, then things wouldn't change.

"It's our role to report on this stuff... and that's something at NITV we're doing all year around, not just when the report is handed down. By reporting on these issues and keeping the pressure up, we'll hopefully get to a stage where those statistics are moving in the right direction for our people."

The hardest coverage Natalie has ever had to anchor happened only a few months ago, on the 30th anniversary of the tabling of the 1991 Royal Commission into Aboriginal Deaths in Custody.

Only two-thirds of its 339 recommendations have been implemented and more than 500 Aboriginal and Torres Strait Islander peoples have died in the three decades since.

There have been almost 500 Aboriginal deaths in custody since 1991, when the landmark Royal Commission into the epidemic tabled its final report.https://t.co/LkKeMxZsIF@smith_dougy reports

"That really affected me on a personal level. It's that feeling of Groundhog Day, like why am I still... after 13 years? Why am I still here reading the same scripts? Around that time there were also a number of deaths in custody, and I think that was also why it was so tough. It was just a culmination of covering these stories, and suddenly, it did really affect me," Natalie told Mamamia.

Then there are stories like January 26/Invasion Day/Survival Day, which Natalie says does feel repetitive year on year thanks to the 'change the date' debate. But it's also one of the areas where she has noticed a real tangible shift towards growth and awareness and the rejection of that day as a celebration.

"There are bittersweet feelings of what that day represents and there's no escaping that, but seeing the marches and seeing how many non-Indigenous people are now joining as allies, I personally think we've seen a real change there."

Natalie hasn't always worked in Indigenous news. She started her career at ABC and Channel 9 mainly reporting on sport before finding her "niche" in Indigenous current affairs in her mid-20s. 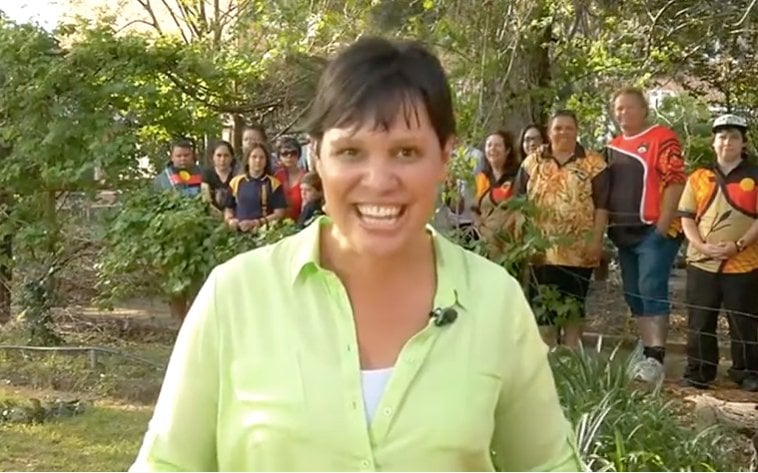 Natalie has been with NITV for 13 years this August. Image: NITV.

"It was the best of both worlds, I was working in a job I loved, and I was getting to tell Indigenous stories, working within my community and also in a culturally rich and safe environment. It was so powerful because we're talking the mid noughties when there weren't many Indigenous journalists. So having Indigenous people telling Indigenous stories and witnessing the impact it can have on our community. It comes down to that saying 'you can't be what you can't see'."

While Natalie acknowledges that mainstream media is slowly getting better at reporting on Indigenous matters, she laments that "for the most part, traditionally, the only time they report on Indigenous things is that more negative stuff."

But at NITV she gets to do it all, with a big focus on also highlighting excellence and achievement. It's one of the reasons why she's not interested in giving up her chair for a bigger network.

"There's not much on mainstream TV that celebrates Aboriginal excellence. But that's one of the things that we pride ourselves on, trying to balance whatever the news cycle is for that day with something lighter, like an Indigenous art exhibition, or a profile of a young Indigenous entrepreneur," she said.

This week, NAIDOC Week, Indigenous excellence will be platformed across all Australian media as part of the annual celebration of the history, culture and achievements of Aboriginal and Torres Strait Islander peoples.

Usually, Natalie would be hitting the road to set up in the host city for a week of immersive broadcasting in a new community every evening. But thanks to various lockdowns this year, that won't be happening.

After the cancellation of the National NAIDOC Awards 2021 in Mparntwe (Alice Springs), we’d been working towards a gala Awards Ceremony in Sydney. Sadly, due to COVID we’ve had to postpone this ceremony.

NAIDOC Week will still be held from 4-11 July. https://t.co/aUXCAIEDdS pic.twitter.com/GjzzkCccVd

"Obviously, our number one priority is making sure that we're all safe particularly those vulnerable elders in our community. So we all understand the need to cancel a lot of these events and we'll just have fingers crossed and hope we get back to a more normal looking NAIDOC next year," she told Mamamia.

But just because Natalie and her team won't be arriving in Alice Springs any time soon, doesn't mean the celebrations will be any less full, with events moving online and NITV's broadcast continuing from the studio.

Natalie will be right there in the anchor's chair, as she has done for 13 years. Proudly reporting on not just the incredible talent of First Nations people this NAIDOC Week, but the rich cultural diversity of the single oldest culture in the entire world.

You can tune in to NITV News nightly at 7pm, or catchup on NITV's NAIDOC coverage on SBS Demand. Find out more about NAIDOC week  here.