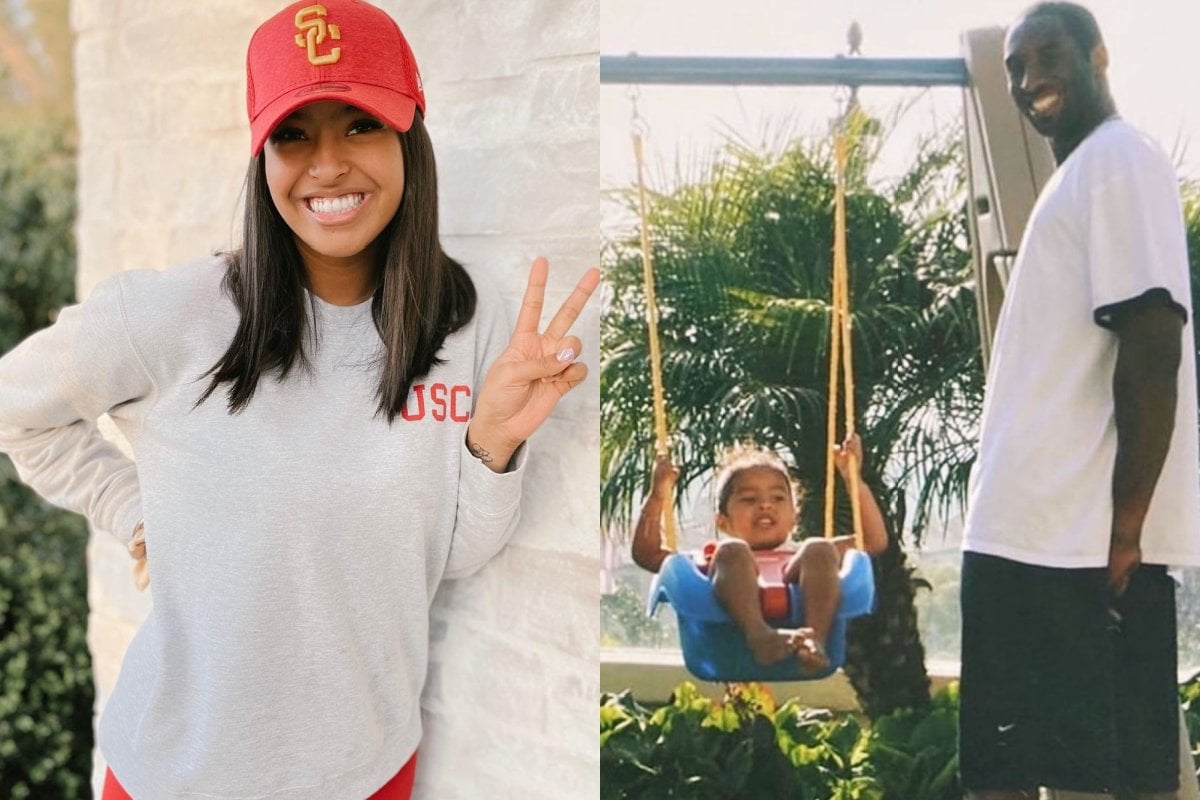 Natalia Bryant is opening up about her late father, NBA star Kobe Bryant.

In an interview with Teen Vogue published this week, the 18-year-old model and university student spoke about her childhood and her relationship with her basketball-star dad. She also shared what her life has been like since losing him and her younger sister, Gianna "Gigi".

On January 26, 2020, Kobe Bryant and 13-year-old Gigi were among nine people killed in a helicopter crash in Calabasas, California. The crash shocked the entire world.

"I love talking about my dad. It's bittersweet, but I enjoy talking about him more than it's sad for me," she told the publication.

During the interview, Natalia explained that despite coming from sports royalty, her parents - Kobe and Vanessa - tried to make her and her three sisters' childhood "as normal as possible."

"Growing up, my parents made it as normal as possible. Thank God they did," she said. "It’s not, Oh she’s Natalia Bryant, she’s Kobe Bryant’s daughter. A lot of times they saw me as, She’s just Nani."

Now enrolled to major in film studies at the University of Southern California, Natalia shared some sweet memories with her dad from just months before the crash, including one night where Kobe took her to a midnight screening of the 2019 Star Wars film, The Rise of Skywalker.

"He was just like the best girl dad ever," she said.

"He was just letting me play my playlist and jam out to Taylor Swift the whole ride back, and talking about Star Wars too. It was so much fun."

Growing up to be tall like her father at almost six-foot, Natalia fell in love with volleyball after watching the 2012 Olympics with her mum, Vanessa Bryant.

"I think [my mum] knew I wasn’t confident in my height. She’s like, 'You’re going to play volleyball. You're going to get confident because of this. There are all these other tall girls too, so you’re not the only one."

After playing the sport all throughout high school, Natalia had plans to continue once she got to university.

"I wanted to play volleyball in college. I played club volleyball with the intention of becoming a D1 athlete," she said before recalling the last match she and her dad watched together.

"That was an especially cool moment that I got to experience with him, and sit courtside, and watch two of the top teams."

But after the accident, Natalia decided to quit the sport.

"I love the sport," she said. "I quit volleyball after the accident because I was so... a lot was going on at that time. I knew I didn't love volleyball as much as they love basketball. I’m okay with that."

Now, as the 18-year-old prepares for her next chapter at university, she's also just signed with IMG Models. And outside of work and studies, she's spending time with her mum and her two little sisters, Bianka, four, and Capri Kobe, two.

"You do the best that you can," she said.

"[For] my little sisters, [we're] trying to keep that memory for them. And also just trying to remember to live out every day the way they would."