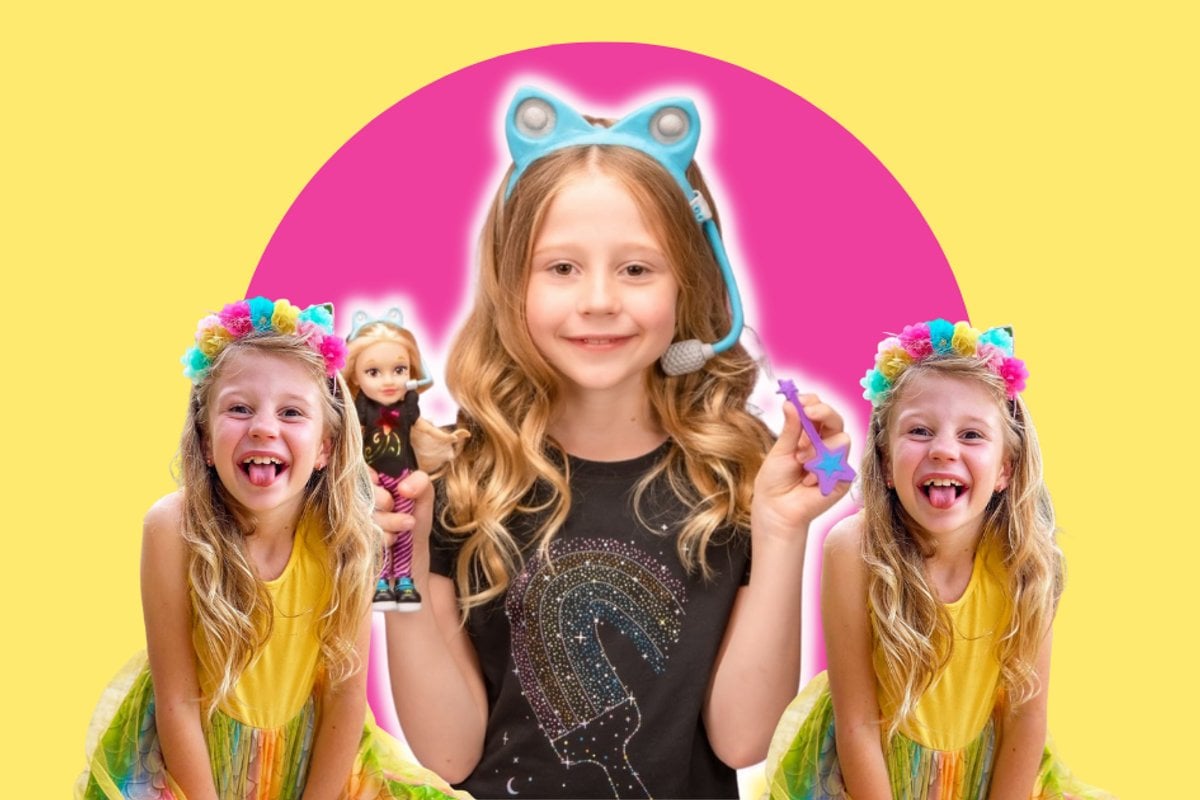 None of us, not even Zuckerberg himself, could have predicted just how profitable social media platforms would become. Not only for adults and teens, but children as well.

All on its own, social media stardom has become not only lucrative but an enviable career path so many are choosing to venture on.

We've seen it for ourselves - some of the best, and the worst people have come out on top. In this case in particular, some of the youngest, too.

Seven-year-old YouTube star Anastasia Radzinskaya (popularly known as 'Nastya') has become so successful, her parents both work full-time representing her.

Ranked seventh in Forbes' list of the richest YouTubers for 2020, and with over 250 million subscribers across seven different channels (all in different languages) - it's a wonder how the prodigy is able to manage a "normal childhood".

Which is why I've decided to dedicate an enormous amount of time figuring out how this seven-year-old's rise to stardom actually came about.

Born in Russia in 2014, Anastasia was diagnosed with cerebral palsy. Doctors warned her parents she may never be able to speak.

At the time, her mother Anna owned a successful bridal salon that was believed to be raking in over five grand a month. Anastasia's dad, Sergey had a slightly more successful construction company..

In a split second decision, her parents sold both of their companies to create the Like Nastya YouTube Channel, and made do on their family savings until slowly (but not that slowly), the channel became profitable.

While the family would eventually come to learn that their daughter's diagnosis was incorrect, their decision in pushing their child into the spotlight seemed to only be a benefit for everyone.

She sang, danced and shared her day-to-day activities with followers, and for her parents it was exactly what the channel was made for.

In just one year, she amassed 107 million subscribers across seven of her channels.

In that same year, the little girl's older YouTube videos were sold to Spotter, and they now also retain the rights to all of her new content, according to Forbes.

On top of this, she was able to accumulate a mass amount of wealth through selling her own merchandise, an NFT collection and a number of lucrative brand deals.

Combining all of her channels, the star is the biggest child YouTuber in the world.

Here's where it gets sticky.

For the last three years, Anastasia has been featured on Forbes' list for the top 10 richest content creators on YouTube, and in 2021 she sat at number six.

At the age of seven, she has already in the eyes of many "made it".

Except there's an issue.

We've seen the impact of fame on children, time and time again. We've watched seemingly perfect kids stumble in front of a world lens and struggle to get their footing right from that point forward.

When you're a child, with millions of dollars at your disposal, hundreds upon thousands of fans watching your every move, the choice to sacrifice childhood for the sake of business is prolific.

In the early 2000s, Lindsay Lohan was THE It girl of Hollywood and a household name globally. At the peak of her career, she was estimated to be worth around $28 million. By 2020 - after a string of public missteps, a notable fall from her throne and a messy reputation in the tabloids, her net worth had fallen to just $500,000.

Then there was the child heartthrob Aaron Carter, whose 'I want Candy' hit peaked number 11 in the US Billboard Hot 100 chart in 2000. His brush with fame in the late '90s to early 2000s couldn't outweigh his public fall from grace after it was reported in 2013 that he owed the IRS over $2 million.

Behind the scenes of almost every child star who struggled to cope in their adult years, was a pushy parent, a degree of manipulation for financial gain or a lack of emotional support from those supposed to protect them.

Of course, Anastasia is just seven years old, with decades to go before the impact of her childhood stardom reaches a time for reflection.

And still, the question remains: what is the value of platforming a child and giving them a global stage - with countless fans, a disposable income and the false illusion of a childhood, if Hollywood has told us repeatedly what will become of them?

The only answers I can think of don't paint a pretty picture.

Reply
Upvote
1 upvotes
I will never understand how a concept so simple can blow up into something so HUGE! I wish them well and sincerely hope that kid has a childhood she can look back on fondly. 🤞

Reply
Upvote
Those kids YouTube channels astonish me. How on earth do they make so much money?! My niece used to watch that Ryan kid a bit (thank God she's moved on), drove me nuts! I hope someone is keeping an eye on the money side of things with the kids interests in mind. Along with all the other terrible things that happen to child stars, a lot of them end up being conned out of their money - often by family.
News
General
Opinion
True Crime
Politics
Sport
Explainer
Entertainment
Celebrity
Reality TV
Movies
TV
Books
Rogue
Royal
Lifestyle
Beauty
Fashion
Weddings
Home
Wellness
Health
Fitness
Travel
Food
Parents
Before The Bump
Pregnancy
Baby
Kids
Teens
School
Parent Opinion
Work & Money
Money
Finance
Career
Lady Startup
Relationships
Sex
Dating
Separation
Friendship
Family
Real Life
Couples