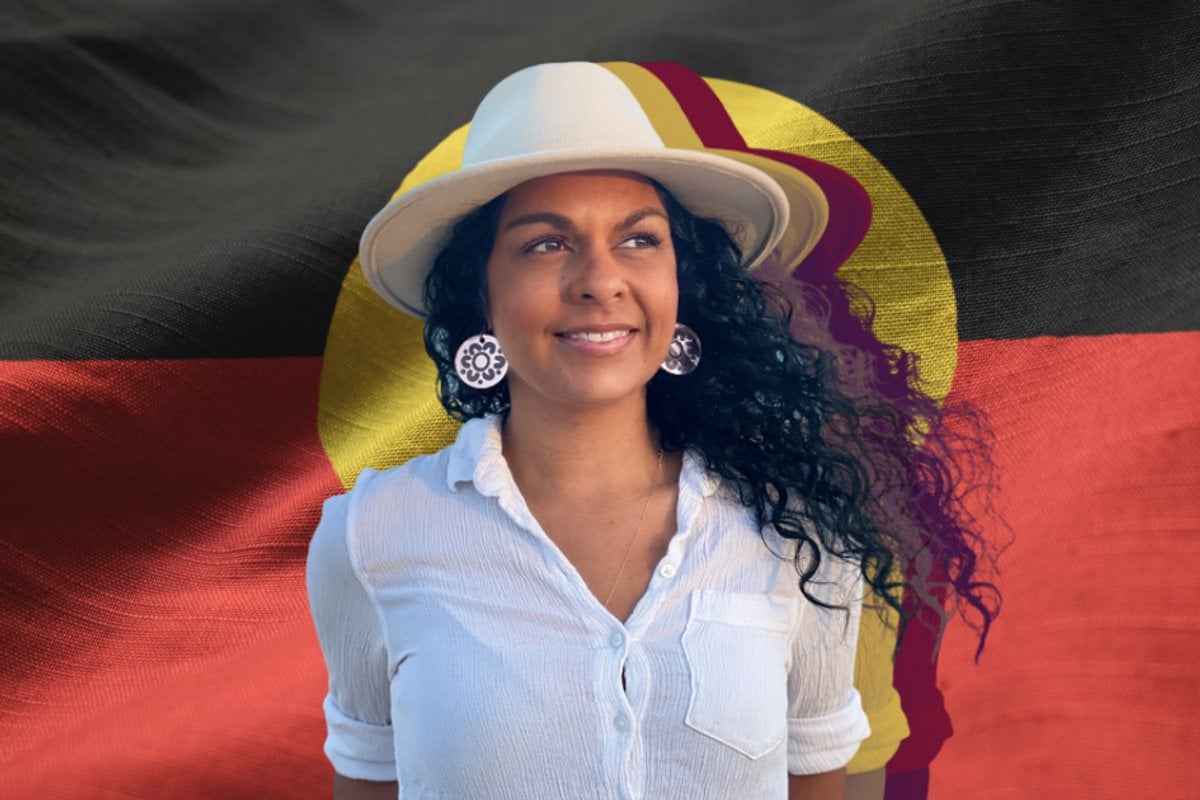 On many Australian calendars, January 26 — the anniversary of British colonisation — is marked as a day of celebration. For many First Nations people, it's one of mourning.

In a special edition of Mamamia's interview podcast, No Filter, Whadjuk Noongar woman and 10 News presenter Narelda Jacobs invited three Indigenous women — each change-makers in their field — to contemplate the legacy of this fraught date; for themselves, their families and our institutions. And crucially, to consider a way forward for this country that will ensure no one is left behind.

The following is an excerpt of Narelda's chat with Teela Reid, a Wiradjuri and Wailwan woman and lawyer from NSW.

Teela was Australia’s Female Indigenous Youth Delegate to the United Nations Permanent Forum, the first Indigenous person to be elected on the UNSW Law Society as Vice-President (Social Justice), and famously took former Prime Minister Malcolm Turnbull to task on Q&A in 2017 over his failure to adopt the Uluru Statement of the Heart.

Why won’t you respect Indigenous Australians’ desire for a First Nations Voice and take it to a referendum? @TurnbullMalcolm responds #QandA pic.twitter.com/ugaj5YfqoS

Narelda: Teela, you are a criminal lawyer. You represent clients every day in court. I read an article recently from the UK of a black lawyer, a man, who kept getting mistaken for his client. Has that ever happened to you in a courtroom?

Teela: Yes, I think probably most Black lawyers in court and advocates have been mistaken [for a defendant] from what I've experienced. Particularly people who look obviously Black, like me. It takes a lot of composure in those moments. And I can't say it frequently happens anymore, because I've worked so much in the courts here... so now everyone knows me as a lawyer. I think it was probably more apparent in the beginning.

But I really pride myself on taking my profession very seriously. And that it comes with privilege and responsibility. And that responsibility to be a good advocate isn't just about me; it's about what it means to my people who have for so long been excluded from these institutions. And breaking through those barriers comes with responsibility. But it also comes with the reminder that every step we take forward is not just an individual one, but a collective one.

Narelda: That's a symptom of systemic racism right there, isn't it — when a Black lawyer walks up to represent someone and is assumed that you are the client? That is systemic racism, wouldn't you agree?

Teela: It's an outcome of it, I would say, that assumption. I think that systemic racism can be difficult for people to comprehend if they haven't experienced it themselves. So, for example, my experiences of these systems have in many ways been racist experiences, because we've been excluded from them. For other lawyers, or people who operate in these institutions... these are their spaces. These are the institutions that were built for them. And so systemic racism is harder to comprehend because they're not experiencing the brunt of those comments firsthand where they're assumed to be the defendant and not the lawyer. 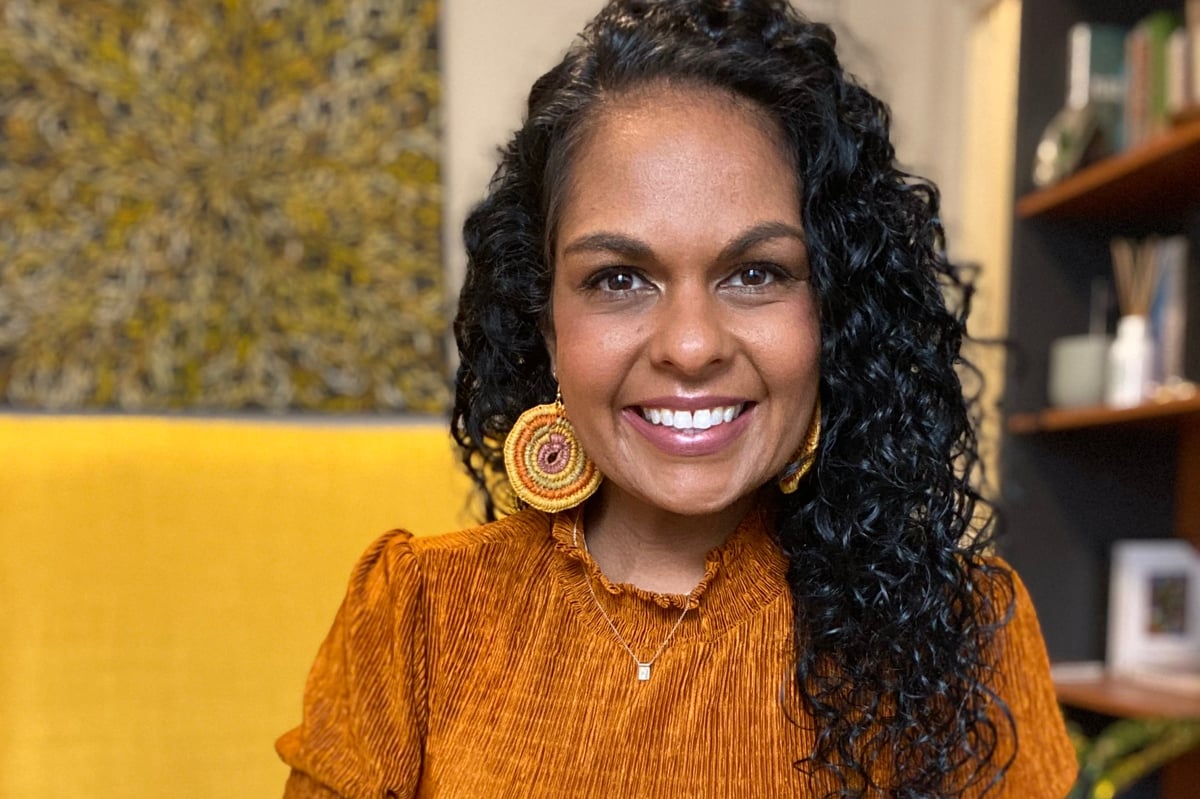 Teela Reid is a Wiradjuri and Wailwan woman and lawyer from NSW.  Image: Supplied.

I think that probably the better way to look at it is to look at the statistics over a period of time in Australia, when it comes to Indigenous incarceration. [They] have been on the rise, and they're not on the rise because crime has risen. They're on the rise for a number of different reasons. For example, the prison population of Indigenous women has risen by 148 per cent since the Royal Commission into Aboriginal deaths in custody. That is not because more Indigenous women are committing more crimes; it's other things. They're more likely to be victims of domestic violence. They, for example, may be remanded at a higher rate where their bail application is unsuccessful as a result of things like not having secure housing, or not having appropriate mental health services to be diverted to culturally appropriate services.

Narelda: We all saw the horrific images of Ms Dhu [a Yamatji woman who died in Western Australia Police custody] and also Tanya Day [a Yorta Yorta woman arrested] for being, what, drunk in public in Melbourne? How ridiculous is that, when within the space of five minutes, a non-Indigenous woman was driven home by officers that were meant to protect Tanya Day and make sure that she was home? Instead, she got locked up.

It's so wrong. And Teela, you're on the forefront of reforming law. To do it from within the legal profession, how difficult is that?

Teela: It has been challenging to navigate. I've committed myself to I would say, three particular reforms in my lifetime.

I have been a key designer of the Walama Court, among other many great lawyers who I have learned so much from. The Walama Court is a proposal for the New South Wales Government to create a culturally appropriate court within the District Court jurisdiction to allow First Nations peoples to come before this court and tell their story in a culturally appropriate way. And where there are elders and respected persons sitting at the decision-making table. The way I see this is, well, it's about having a discussion about intergenerational trauma. Often, people who come before the court have had the dad go to prison or their auntie go to prison. It's so entrenched within our community because the systems are oppressive and racist.

My second thing is the Uluru Statement from the Heart. 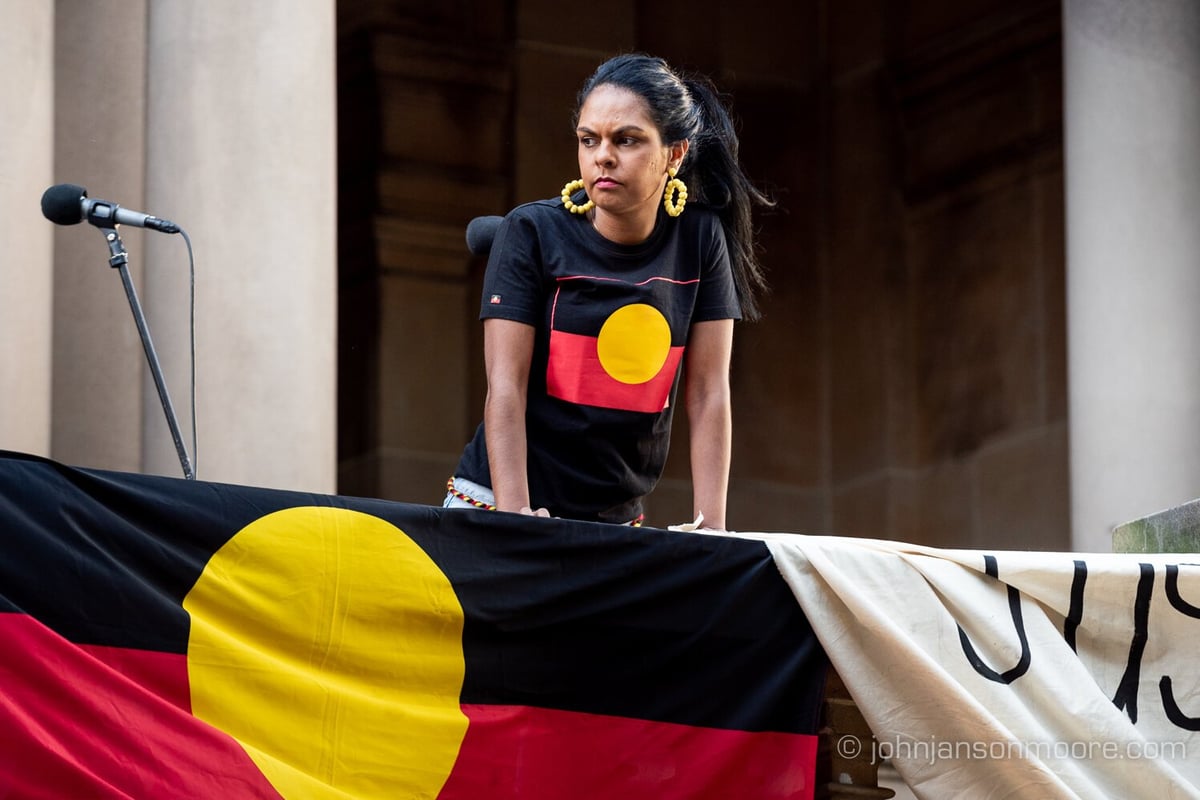 So, I was the working group leader on that power, and it essentially calls for two legal reforms.

The first is a First Nations voice to Parliament enshrined in the Constitution.

The second reform is a Makarrata commission — and that word Makarrata was gifted to the statement, and it means 'the coming together after the struggle', by the Yolngu. So that was a very generous gift. Essentially, the Makarrata Commission is about enabling a process of treaty and truth-telling, because we know we're going to need many treaties in Australia to address the foundational grievances.

Narelda: So you're saying that we need more than just one treaty to be able to move forward into the future?

The third reform I've committed myself to is that I would love to see, in my lifetime, an Australian Republic. So we rewrite our story, we make it inclusive, we have bigger and braver conversations about our national identity, rather than just what the Prime Minister did rolling into 2021 — changing one word in a racist colonial anthem ["young and free" became "one and free"], which I think is such an affront and an insult to us as citizens.

We are so much more intelligent than settling for a one-word change, that we should be thinking much bigger about our nation's story and what that looks like, and the things that need to be changed.

Narelda: What do you call January 26?

It represents genocide and colonisation. And I think it's disgusting that people celebrate it. We know as First Nations peoples that in 1938 that Aboriginal people protested outside of Australia Hall in Sydney and declared January 26 a Day of Mourning. A mourning is not an appropriate time to celebrate the times in which our world changed. And I think that celebrating it—it just actually makes me feel really ill. 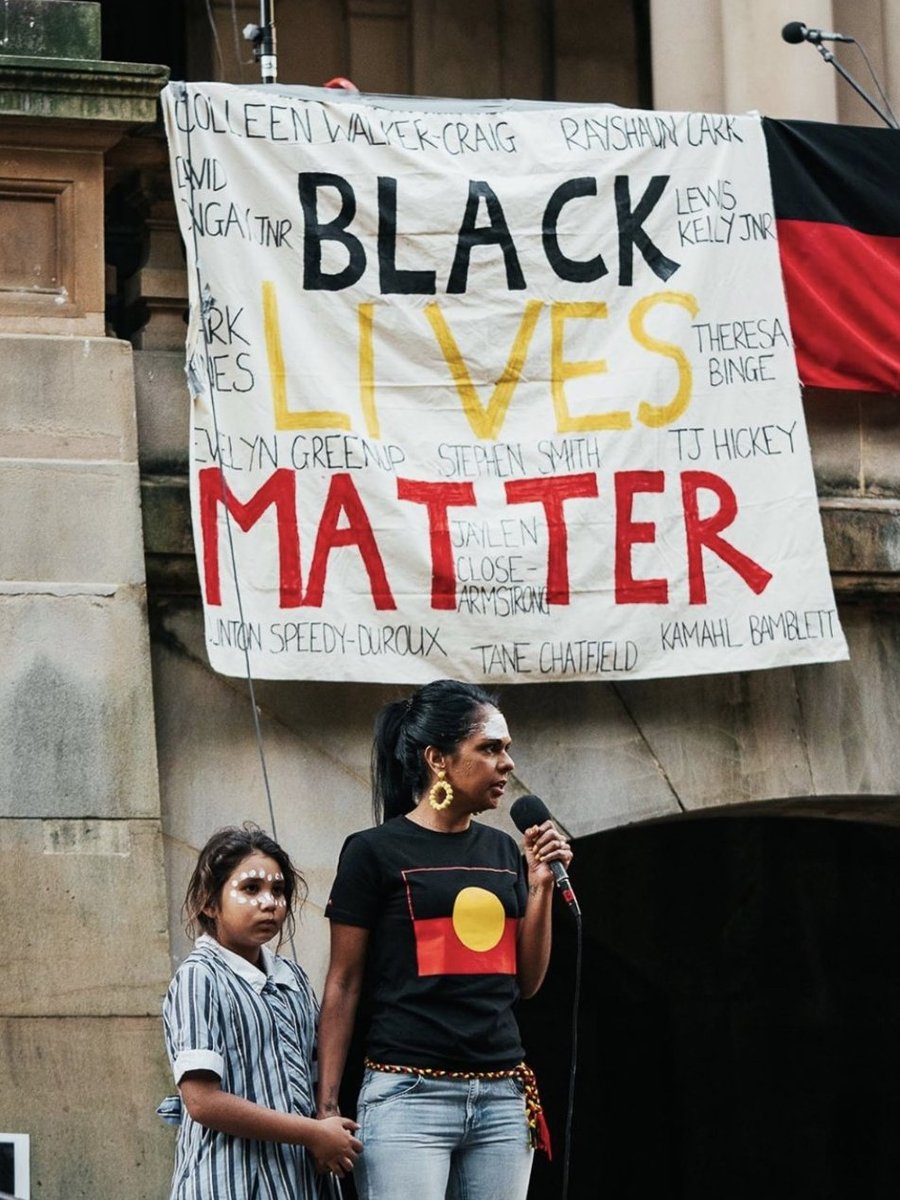 Narelda: Yeah, some people just switch off, for some people is too confronting, they have this misguided belief of what patriotism looks like. [To them] patriotism means that you support Australia Day no matter when it is, you sing the anthem no matter what the words are. But we can all be patriotic and not give a nod to colonisation and colonialism and invasion.

Teela: I think the one thing that we need to do as a country is go on a journey of healing. We even know from an individual level when we're dealing with our own traumas and scars, that we actually have to confront that challenge first. And I think, as a nation, we've had leaders that have avoided the truths of history. We've had leaders that have been in denial about the existence of First Nations. And I think that has, in many ways, created this culture of 'get over it'.

This conversation has been edited for length and clarity.

To listen to the rest of Narelda's chat with Teela, plus her conversations with Robyn Smith-Walley and Kezia Jacobs-Smith, listen to No Filter below or in your favourite podcast app.