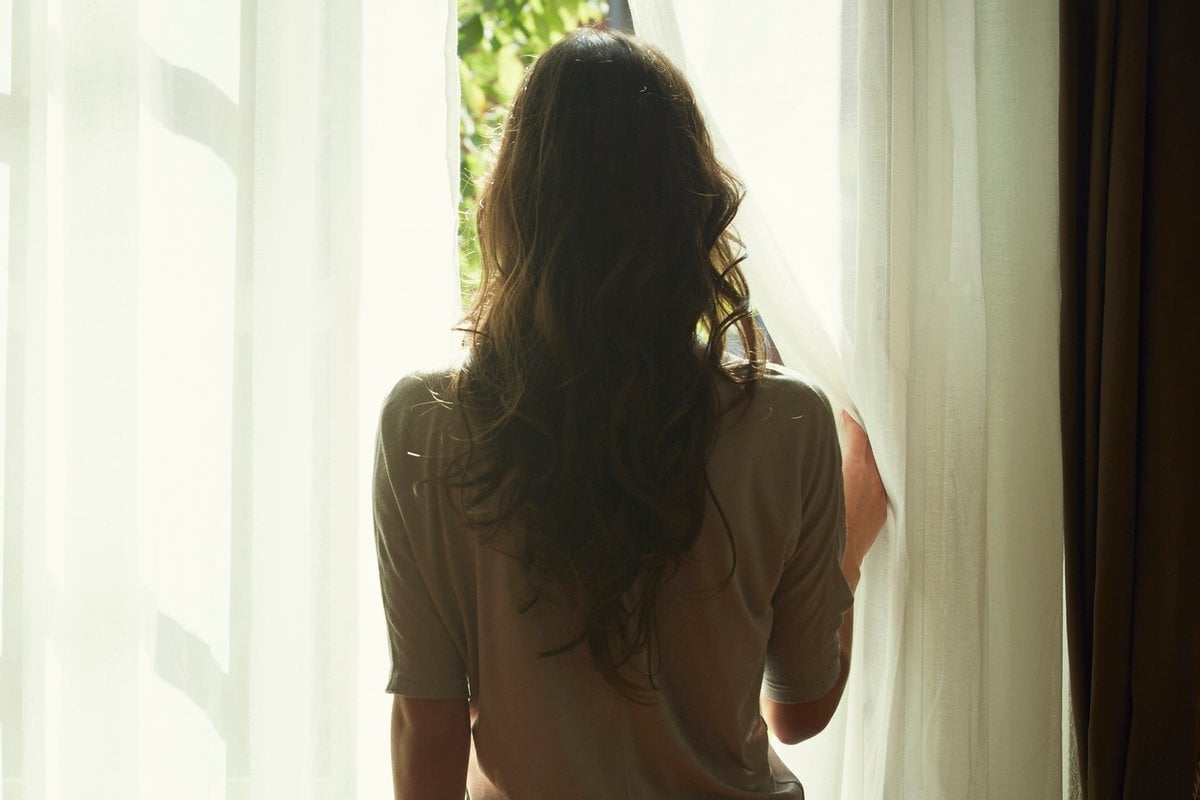 I am 33 years old and I just found out my mum is a narcissist.

If you are anything like me, when I mention the word narcissist you might conjure up images of a flashy car, confident attitude and an exaggerated sense of self-importance.

If you are anything like me, you won’t think that the woman who raised you would be a narcissist.

After a quick google search, I was able to find that narcissism is a personality disorder.

The individual has an inflamed sense of self-importance and need for admiration. They have an inability to handle criticism and a real sense of entitlement. They are a victim. They have a total disregard of others’ feelings and emotions.

A narcissist lacks emotion and will never, ever apologise. Because they are never wrong.

I don’t remember much of my childhood and I put that down to the trauma.

Of the memories I do have, they are not very positive. Mum and dad divorced while I was young, my siblings and I were separated and mum turned to alcohol to deal with her issues.

Narcissism and alcohol are an awful mix. I have memories of mum being drunk and abusive and the next morning when she woke up, she would be angry at me for being a little quiet.

I have memories of her locking herself in a room for a bender for days at a time, and I quite literally did not know if she was dead or alive.

Every day was unpredictable.

I never knew what sort of day I was going to have. I was constantly walking on eggshells and positively paranoid I would do something to offend or upset her. Would she be nice to me? Would she be angry? Would she ignore me for the whole day? Would she yell?

We ended up developing a very unhealthy mother/daughter relationship where I acted as the parent. She was one hundred percent reliant on me to make her happy and I did every single thing I could to do that. If she was happy, she wouldn’t hurt me.

I have copped kicks, had doors slammed in my face, hurtful words and even more hurtful comments made.

She has yelled at me, ignored me, complained about me, lied about me and slandered my name.

She knows exactly the right trigger points to make the biggest impact. My body. My weight. My relationships. My parenting. She still tries to use these triggers to hurt. Sometimes it works, sometimes it doesn’t.

She has tried to sabotage every major event in my life. At every event or for every serious decision I have made, she has orchestrated some sort of drama to make it about her. Birthdays, engagements, weddings, miscarriages, Christmas, hospital visits, dog deaths, sickness, health, celebrations, the birth of my babies.

The birth of my babies was the worst of all. At a time when most women need their mum, mine was sending mean texts and making hurtful comments about how she was feeling. How hurt she was.

She started a fight with me as I was cuddling my two-day old newborn in the hospital. I never initiated it. She just did not want the spotlight to be somewhere other than on her.

Being charming is a characteristic most narcissistic people use to win others over. And boy, is she charming. I once confided in a friend that I was having issues with my mum and they were quite literally flabbergasted. Your mum? Can’t be. She’s amazing. She’s fun. She’s lovely.

The charm is manufactured and makes it almost impossible for others to see your point of view.

Over the years, I have noticed her behaviour will often get excused. It is often excused as crazy or fiery. “After all, she IS your mum” I get told. But where is the line drawn? When do the excuses stop?

It is now at a point where I am absolutely, positively paranoid about telling her any single thing that happens in mine or my children’s life.

I am scared that she will make it all about her, again, and I will have to not only deal with whatever situation arises, I will have the burden of her being upset weighing down on me too.

Taking my children to hospital? Why wasn’t she the first one told? My dog had to be put to sleep? Look how devastated she is. Getting married? She will start a fight the night before your wedding. A miscarriage? She’s devastated because she won’t be a grandmother.

You might wonder how I found out what my mother was a narcissist. After seeing a psychologist as an 18-year-old (all mother issues), after the arrival of my second child and more and more issues arising and more and more tears shed and feeling more and more awful, I decided to go back to speak to a professional.

I could not see how my mum fit into my life anymore and her causing constant and continuous problems was having a serious impact on my mental health.

Seeking help is the best decision I have ever made. Identifying the illness has enabled me to understand. It has made sense of my childhood and given a name to the behaviours.

The psychologist has helped me to deal with my feelings of guilt and encouraged me to set up clear boundaries.

The road hasn’t been an easy one but I am slowly getting to a point where I can see clearly. Where I can act with conviction and have less sleepless nights questioning my decisions.

We all make mistakes, we are all human. I am constantly learning, growing and apologising. To my husband, to my children, to my friends… I own my mistakes and they help me grow and reflect and make me a better person. A narcissist never apologises. A narcissist is never wrong.

The hardest part to swallow is that a narcissist does not change. That is who she is. No matter how many times I try and when I reflect back on my childhood, it is apparent that she has been this way from day dot. The grief I am dealing with is realising I do not have the mother others do. I don’t have the relationship with my mum I wish I did. It is something I need to accept and come to terms with.

Listen: What is narcissistic personality disorder? Post continues after audio...

As a mother myself, and for mothers who may be reading this, it is difficult to comprehend how you could possibly cut your mum out of your life, if that is the decision I decide to make. I struggle with it every single day.

There is not a day that goes by where I do not think about it. It consumes me. But I also know the impact her behaviour is having on me. Not only psychologically, it is beginning to manifest physically too. I have sleepless nights that no amount of mindfulness will help and I often wake up sick.

In the wild ride that is motherhood, I have come to realise that I need love and support in my life.

I need consistency and compassion. I need empathy and positive emotions. Motherhood is the most beautifully challenging experience and while I am grateful that I am here, I am choosing joy and learning to let go to benefit my own health and that of my children.

Reply
Upvote
Having a narcissistic parent is much more common than I thought. According to other forums they are everywhere. My mother is the same............which is why the stories fascinate me. I was 30-35 before I realised it isn’t my job to smooth over the issues but to support my siblings and how we feel when targeted. To validate especially my brothers experiences who I think has suffered more than any of us.
vika shvachkina 5 days ago

Reply
Upvote
2 upvotes
I have too been subjected to a narcissistic mother and I have had many of the experiences mentioned. The hardest of all is to be totally invalidated and the incredible urge for a mother's love. Many sessions of personal therapy and letting go of the idea she was going to change and give me what I needed as child. I do not have children of my own, but I work as a clinical psychologist caring for others the way I needed to be cared for. My mother is an old women now and I am still contemplating walking away.....
News
General
Opinion
True Crime
Politics
Sport
Explainer
Entertainment
Celebrity
Reality TV
Movies
TV
Books
Rogue
Royal
Lifestyle
Beauty
Fashion
Weddings
Home
Wellness
Health
Fitness
Travel
Food
Parents
Before The Bump
Pregnancy
Baby
Kids
Teens
School
Parent Opinion
Work & Money
Money
Finance
Career
Lady Startup
Relationships
Sex
Dating
Separation
Friendship
Family
Real Life
Couples