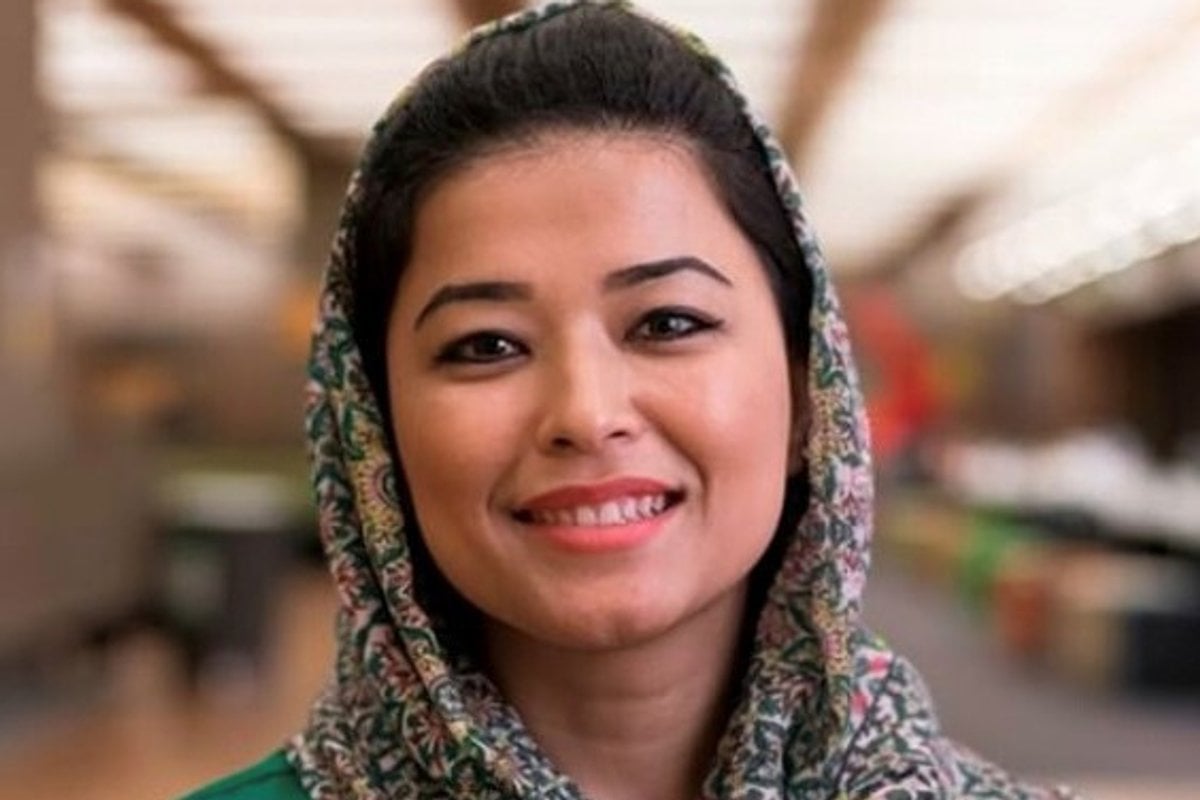 My family and I managed to flee the Taliban in 2000, before the World Trade Centres in New York were attacked and before the US troops invaded Afghanistan. My father used to be a taxi driver in the mountainous region of Bamiyan and when we fled, it was across the border into Pakistan where someone helped us organise a flight to Indonesia.

While it was a relief to finally be free from the harsh Taliban rule, we were not out of danger.

Watch Here's the truth about refugees in Australia. Post continues after video.

Just days after my brother was born, a people smuggler put us on a boat bound for Australia. We had been expecting something like the Titanic, instead it was a leaky fishing boat - too small and crowded to be taking us across the Pacific and we came close to drowning.

But as we got close to Australia, we felt sure our troubles were over - a new start in a safe country was awaiting us.

When we landed on Australian shores, the welcome was not what we were expecting. Because we arrived by boat instead of on a plane, we were detained for seven months in an immigration detention centre in Western Australia. But eventually we were free to start our new life.

I was able to leave behind a life of fear, where being female meant no education, no freedom to wear makeup and nice clothes, no sport, no work, never being allowed to leave the house unless accompanied by a man.

Today, I have had a wonderful life here in Sydney. I am married; I have a baby; I have had the best education and now I work.

Australia has, on the whole, been good to me.

But as I watch events unfold in Afghanistan, I am asking myself is there more my adopted home could be doing to help those women and children - like me and my family 20 years ago - who have once again become trapped by the returned regime of the Taliban?

Just last week we heard that more than 100,000 people are asking for visas to move to Australia. It’s not hard to see why. Already we are hearing horrific stories of the human rights atrocities being carried out. In my case I am hearing these stories first hand as I try to help people stuck without food or supplies.

The Taliban are knocking on doors looking for those who helped the Allied Forces; they are looking for young women and girls to marry off to their soldiers; people are being killed for wanting to go to school or work.

The memories come flooding back and I wonder why the Australian Government doesn’t do more.

It can do more. It can increase its humanitarian intake of refugees to 20,000 for example - like the UK and Canada. It did it before in the Syrian crisis, so why not now? It can also give assurances to those from Afghanistan already living in Australia for years on temporary visas, that they will never be sent back.

They can be given permanent visas that give them the security to really rebuild their lives and make Australia home.

The Australian Government can also do something that Australian communities across the country have been calling for four years - an improvement to the existing Community Support Program that allows groups to sponsor a refugee and bring them to their towns and suburbs where they will be supported as they integrate into a new way of life.

Immigration Minister, Alex Hawke, has the findings of a Departmental review into much needed improvements to the CSP sitting on his desk. He has already flagged that he plans to make changes based on that review. If there was ever a time to announce those changes, it's now.

The CSP, in theory, is a great initiative. Communities, many of whom are desperate for people to come to the area and work, sponsor a refugee in need of a safe place to live. Those who have succeeded in sponsoring someone say the rewards for both sponsor and sponsored are enormous. Refugees are keen to start their safe new lives and give back to the communities that welcomed them in. Communities embrace the many benefits that come from welcoming people of culturally diverse backgrounds as their new neighbours.

But there are problems with the existing program - it's far too expensive, the paperwork is massive, and it is not in addition to the government’s own humanitarian quota set every year. In other words, for every refugee a community group sponsors, that’s one less place the government has to fill.

If you find the news cycle overwhelming, listen to the Quicky - a Mamamia podcast that gives you the top news stories of the day and then dives into what you really want to know. Post continues after the podcast.

The global refugee crisis is increasing, not dwindling. Too few developed countries are doing their bit to resettle those looking for safety and security. It has been left to poorer nations, many of whom neighbour volatile, often war-torn countries, to shoulder the burden of responsibility as people flee. Australia has gone backwards in its commitment to taking its fair share of refugees. When COVID-19 hit, it was another excuse to slash the numbers of those taken in by 5,000, and with the borders shut many of those lucky enough to be picked for resettlement were left stranded.

And then came the Afghanistan crisis. We all watched with horror as the Taliban rolled in and people fled to the airport. We knew, just as they knew, what was in store for them. Australia did manage to get more than 4,000 people out before the evacuation ended and we are still seeing a trickle of stories of others managing to make it out. But this saga is not about to end anytime soon; those people still trapped need some way out.

CSP provides that opportunity. All Alex Hawke has to do is announce that the CSP will, as recommended by his own Department, be improved to ensure the cost is not overly burdensome, that the paperwork is not overly onerous and that any successful sponsorship of a refugee will be in addition to the Government’s own humanitarian intake quote which needs to be increased significantly to at least 20,000.

This is not just what the Afghan Australian community wants, it’s what everyone wants. Alex Hawke needs to listen and act.

Najeeba Wazedafost is a Hazara woman and chief executive officer of Asia Pacific Network of Refugees.