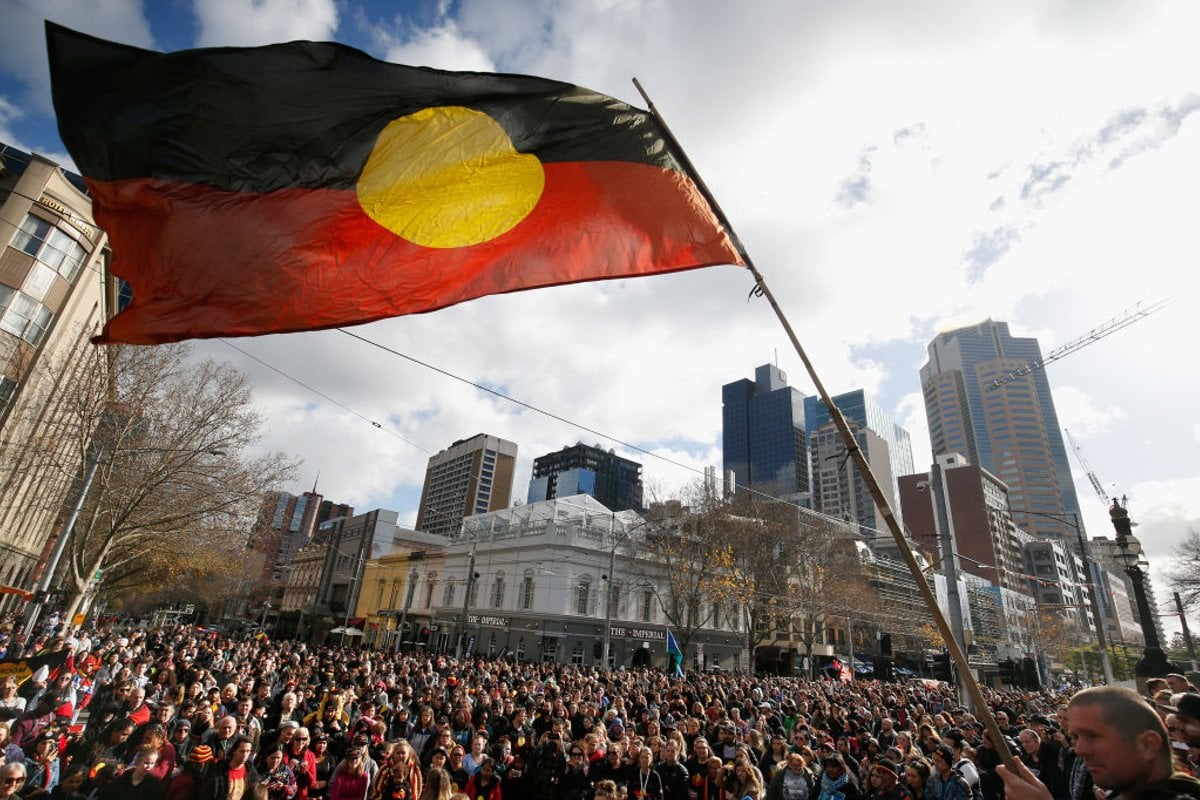 After several tumultuous years of disasters in Australia, this year's NAIDOC Week theme is Heal Country.

In the last two years, Australia has suffered crippling drought that saw the Darling-Baaka run dry, catastrophic bushfires, and major flooding throughout coastal and inland areas of Australia’s east.

Just two weeks ago, UNESCO’s World Heritage Centre recommended one of our national treasures, the Great Barrier Reef, be listed as in danger.

If these events, and the thought of other inevitable climate change-driven disasters sadden or madden you, consider how it impacts Indigenous peoples.

So with this in mind, let’s take a moment to explore the theme of Heal Country in more detail.

More than a landscape.

For Indigenous people, Country is more than a landscape. We tell, and retell, stories of how our Country was made, and we continue to rely upon its resources — food, water, plants and animals — to sustain our ways of life. Country also holds much of our heritage, including scarred trees, stone arrangements, petroglyphs, rock art, tools and much more.

Indigenous people talk of, and to, Country, as they would another person. As the late eminent ethnographer Deborah Bird Rose famously wrote:

Country is not a generalised or undifferentiated type of place, such as one might indicate with terms like ‘spending a day in the country’ or ‘going up the country’.

Rather, Country is a living entity with a yesterday, today and tomorrow, with a consciousness, and a will toward life.

As cultural and spiritual beings, and with deep and ongoing attachments to lands and waters, the impacts of climate change interrupt and make uncertain our unique ways of life. This increasing reality is shared with Indigenous peoples all over the world.

These sentiments were captured by Tishiko King, a Kulkalaig woman from the island of Masi in the Torres Strait. In her reflections on returning home in December 2020, she explained:

I had to pick up the bones of my Elders because erosion is damaging our burial sites. As First Nations people we know that these are our spirits of our old people, and it’s a sign of disrespect.

It’s desecrating who they are. It’s that heart-wrenching pain in your chest.

This is why the National NAIDOC Committee has sought to draw attention to our struggle.

Through this year’s theme, the National NAIDOC Committee invites the whole nation to embrace “First Nations’ cultural knowledge and understanding of Country as part of Australia’s national heritage”.

This requires understanding the depths of Indigenous peoples’ connections to Country and treasuring our heritage values.

But “understanding” and “treasuring” will only go so far in the face of increased drought, more severe storms or changing seasons and animal behaviours as a result of climate change.

As Bianca McNeair, a Malgana woman from Western Australia and co-chair of the First People’s Gathering on Climate Change, shared with The Guardian:

[Traditional Owners] are talking about how the birds’ movements across country have changed, so that’s changing songlines that they’ve been singing for thousands and thousands of years, and how that’s impacting them as a community and culture.

All Australians have much at stake if radical steps to cut emissions aren’t taken. For Indigenous peoples, the consequences of climate change are much more profound.

Listen to The Quicky, Mamamia's daily news podcast, on what's happened since Mabo. Post continues below.

Not all disasters are natural.

The destruction of Juukan Gorge by Rio Tinto in 2020 caused international outrage for the clear disregard for not only Indigenous culture, but human history.

Likewise, the notorious McArthur River mine in the Northern Territory has been damaging the environment and nearby township of Borroloola, from the leaking of potentially harmful contaminants to waste rock that smouldered for months.

These events, as well as others, continue to be examined through the Juukan Gorge Senate inquiry.

Heal Country forces us to see these events not in isolation, but in a chain of disasters that continue to impact and threaten Indigenous peoples. It invites people to see the land and water through our eyes and understand that although we didn’t produce these problems, we suffer from them.

Heal Country seeks reflection, for all Australians to ask themselves what they treasure about being from, and living on, this land.

If, like us, you find peace, pride and enjoyment from our natural values — our beaches, mountains, rivers, wetlands, forests, deserts and more — then perhaps it’s time to get off the bench and become an advocate for change.

Three ways you can help.

Indigenous people continue to stand up for and protect their Country. But in a nation where their connections, culture and heritage are seen by governments as being of lesser value than minerals, it is often a lonely struggle.

I asked people to consider the impacts on Country, culture and heritage in my article for The Conversation during the 2019-2020 bushfires. Now, I ask that you consider it against the backdrop of an uncertain future.

Far from being powerless to protect Country, there is much an everyday Australian can do. Here are three examples:

1. Make a submission to the Juukan Gorge inquiry.

The Juukan Gorge inquiry is one of the most important in our recent history. The protection and management of Indigenous peoples’ culture and heritage is being thoroughly examined, with recommendations to better balance the protection of these things against future economic growth.

You can lend your voice — or that of your organisation — to express support and solidarity with Indigenous peoples through a submission.

These organisations are key to advocating on behalf of Indigenous people and offer guidance, advice and support to Indigenous communities seeking to establish their own programs. Two of note include Firesticks Alliance and Country Needs People.

3. Write an email to your local member.

Ask your local member how they’re supporting local Indigenous land and sea management programs, including ranger groups or cultural burning initiatives. If you live in the city, ask how their party supports Indigenous groups in their caring for Country aspirations.

Heal Country invites all Australians to walk with us, to stand beside us, to support us.

But perhaps most importantly, it invites Australians to love, treasure and fight for this land, as we have done, and will do, forever.

This story is part of a series The Conversation is running on the nexus between disaster, disadvantage and resilience. It is supported by a philanthropic grant from the Paul Ramsay Foundation. You can read the rest of the stories here.