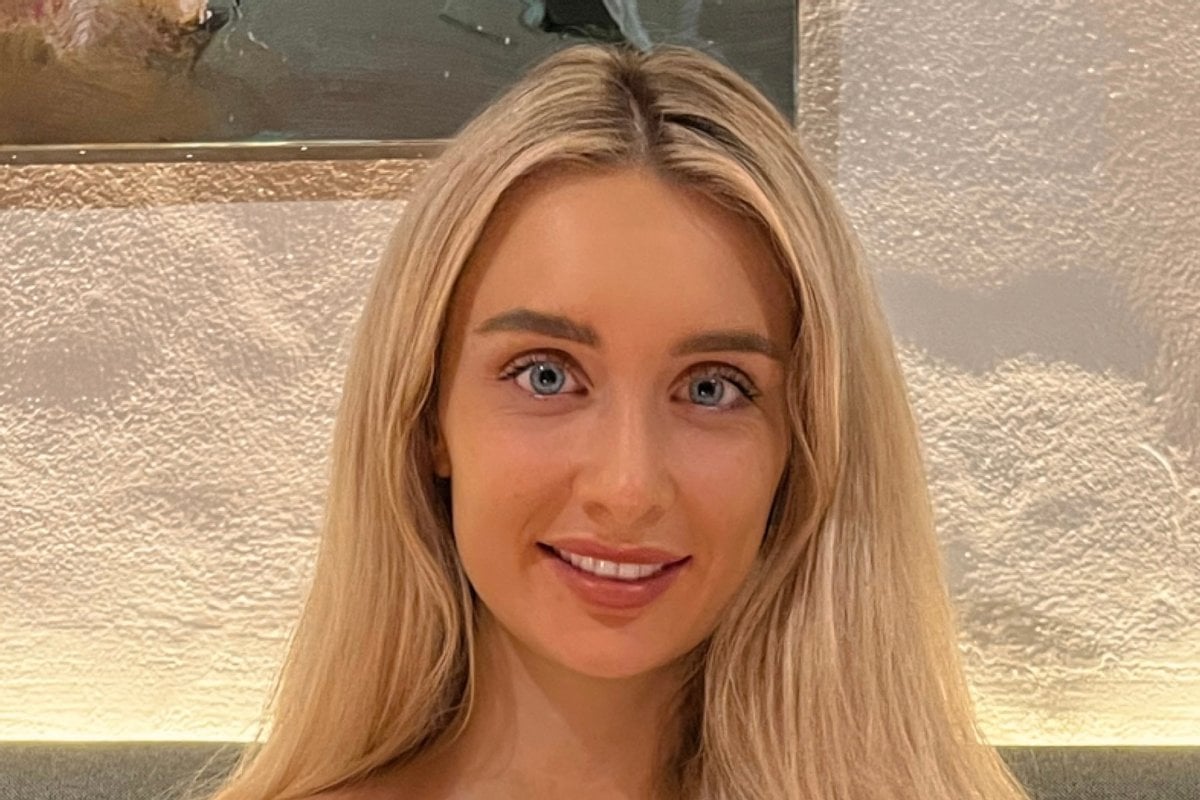 This post discusses child abuse and mental health issues. It may be triggering for some readers.

My Apple Watch just told me to breathe. This topic is the one that never fails to get my heart rate rising. Just at the thought, although I live with it every day of my life, has never become even the slightest bit easier.

I have told many psychologists over the years the same thing when they have asked me to define my mother: she’s lived a complicated existence. She’s a complicated woman. She has complicated problems.

You know that Oscar Wilde quote - “All women become like their mothers. That is their tragedy. No man does. That’s his.” It’s true! It is my tragedy, and now I too, am complicated.

Watch: Can I cut off a toxic relationship? Post continues after video.

I do also wish I had a brother, or any sibling really, I wouldn’t have been picky. I also wish I had a father in my life, even a step-father, any immediate family that wasn’t me. But no, it was me, and only me. I’ve always been her only person.

So, being largely sheltered from the world by her choosing, when she kicked me out, I realised it was a blind-leading-the-blind situation.

I didn’t have anyone at that time; but, as usual, she had me.

Those last few months living together were volatile, to say the least. One weekend I had gone away to a waterfall with some new friends, and missed a message that she had been hospitalised for a severe panic attack. She had never had anything like this before, so when I had phone reception I called her and said she was fine - as long as I was coming back home.

Since she wouldn’t let me get a license, I had to wait until my friend drove everyone back. That evening when I walked in the door, she punched me in the face, kicking and slapping me, screaming about how I didn’t rush to her aid in the hospital.

I had been encouraging her to seek help for her mental and physical issues since I was eight-years-old, to no avail. You cannot help those who do not want help.

The last time I saw her before she entered the phase that she’s in now, people stared. She weighed about 30kg.

I tried to call her GP, but the receptionist wouldn’t put me through. “This is a matter of life and death, she is starving herself. She can barely walk.” I said, defeated.

“Well, I can see she had an appointment in here two weeks ago, so she clearly is able to walk?”

Listen to The Well's episode on toxic relatives. Post continues after audio.

A few days later, her hysterical texts to me had become too intense. I also knew she had a heart condition, and she was losing more weight every week. Enough was enough - I called 000 and sent them to her location.

Soon they called me back on a private number. “She’s refusing to come with us, or be checked out.” I told them she has been obsessed with speaking of her death lately, and can the paramedics not see that she’s obviously harming herself?

The next night I did it again. “Look, she’s refusing”…

I cut her off. “Please, you need to get her to a hospital. She is starving herself to death as a cry for help and has shut everyone in her life out. She is living with her mother who goes through extreme episodes of bipolar, and they have the most toxic co-dependant relationship you’ve ever seen. They will eventually kill each other. My mum also has a heart condition. If she dies in her sleep tonight, I will be following up about you, and the paramedics, who are choosing to ignore this situation. Please, you need to escalate this.”

After an eternity of silence, she said okay. The paramedics would wait for the police and take her. Obviously I didn’t feel good about saying that, or orchestrating this situation, or even know where the courage came from to say that.

I recalled something a lot of people had said to me before about her life and her parenting - “She’s just doing her best with what she knows.” I was just doing my best with the limited resources and abilities that I had at that time.

After finding out which hospital she was in, for the first time in my life, I wasn’t worried about her. This is where she needed to be.

But that was five years ago. I became her legal adult guardian; I had weekly meetings with her doctors; I worked a terrible job to save up and have driving lessons because the public transport to the hospital was unsafe. I modelled, worked in film and TV, started university, opened a business, sought out serious help for my trauma, and completely changed my life for the better.

But her… not so much.

I don’t want to go into much detail about what she’s been diagnosed with, but she always seems to be ‘in recovery’. She goes into an episode, and then recovery. Each time, she goes home, and then inevitably goes back into the hospital. So for five years, I have experienced the endless cycle of episode, recovery, home, hospital.

Of course she is the one going through it - but it’s happening to me too. I think most people forget that.

At this stage, where I have recently had my wedding and she chose not to attend, she is in an unpredictable phase. She actually seems content with her life in and out of the hospital, yet spending time with her always feels like a perpetual state of calm before the storm. I have been there for her every step of the way, repeatedly extending offers of help and support, without compromising my own mental health.

Read more by Emma: 'I'm a white woman married to a Chinese man. I witness casual racism on a daily basis.'

She has a hyper-fixation on her high school years in the 80s, going into heavy detail for hours, but tells me she can no longer remember key elements of my childhood when they are mentioned. Someone who was once a woman obsessed with me, her only child, controlling my entire life, now acts like I never existed. A person who used to reminisce daily of our lives when I was a toddler and how she misses it, somehow remembers nothing about me.

I was a good child. I genuinely, whole-heartedly know that to be fact. I did not ever want to upset her, and realised early on that upsetting her was very easy to unintentionally do. I didn’t talk very much, I was very quiet, and never asked for anything. 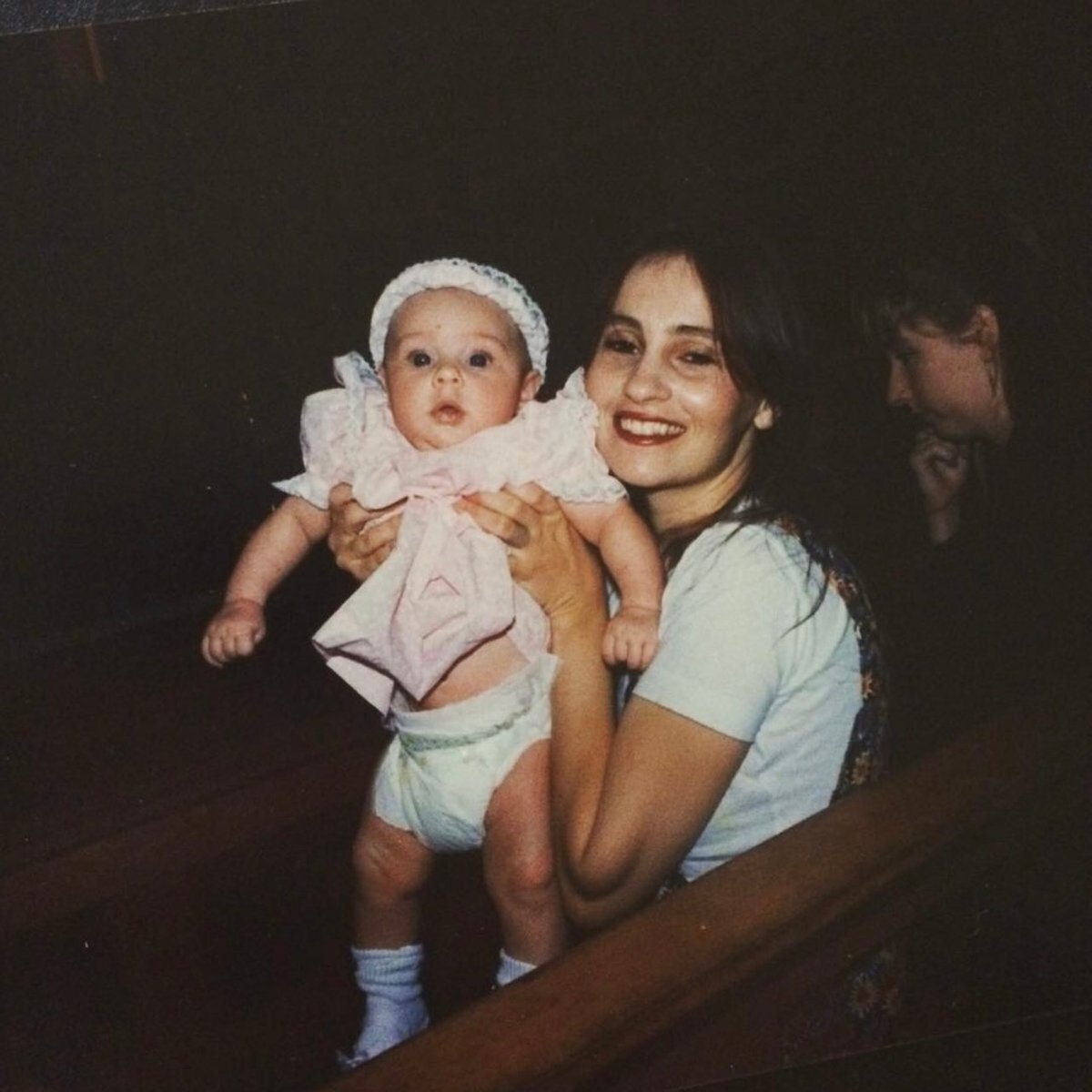 "She didn’t want her own life, because all her efforts needed to be focused on all the things wrong with me. Except, there was never anything wrong with me." Image: Supplied.

However, I have been introduced to the concept of ‘scapegoating’, and how it shaped my childhood/teen years. It is how parents can influence the family narrative, and minimise their own guilt and responsibility for negative outcomes by blaming the child. Any time I was even slightly frustrated, it became everyone's problem. Doors were slammed. People were called. “She’s so sick, she’s an absolute nightmare, she’s crying, I’ve got to take her to the doctor to sort out these problems so I won’t be able to do anything for a few weeks.” I overheard.

Teenage blemishes were automatically a rare skin disorder. School anxiety was an incurable stomach infection. Staying in my room to avoid her outbursts was an auto-immune disease.

So while she has tried to spin her behaviours as ‘trying to cope with a trouble-child’, I understand now she was just scared of the world. She couldn’t be a normal part of society because she was too preoccupied with my ‘health and behaviour issues’. She didn’t want her own life, because all her efforts needed to be focused on all the things wrong with me. Except, there was never anything wrong with me. I was never sick. The term Munchausen syndrome by proxy is something I am very familiar with.

I believe the breakdown coincided with me becoming an adult for a reason. I was gaining independence, therefore taking away her scapegoat, and forcing her to face life as herself, and not just as my mum.

So, my complicated life is still just as complicated. If you take anything from this, please understand that within the mother/daughter relationship, nothing is mutually exclusive. I can love and hate her at the same time. I can desperately miss her and also be glad we haven’t spoken in a while. I can be angry at her choices and also understand why she is the way she is.

I’ll be waiting on the sidelines ready to encourage her when she finally tries to find her own identity.

Will she ever recover? Only time will tell. Will I? Well, I’m working on it.

Reply
Upvote
I'm so sorry for all your troubles . I too have bipolar 2 like your mum not as intense like your mums . My son has been through a lot also he's 15 . My advice to u please speak to lifeline psychiatrisrs friends get the emotional help u need . U need to put your needs 1st before your mums now . Keep yourself healthy physically and mentally . With the right medication and help your mum will get better . She's experiencing highs and lows.
News
General
Opinion
True Crime
Politics
Sport
Explainer
Entertainment
Celebrity
Reality TV
Movies
TV
Books
Rogue
Royal
Lifestyle
Beauty
Fashion
Weddings
Home
Wellness
Health
Fitness
Travel
Food
Parents
Before The Bump
Pregnancy
Baby
Kids
Teens
School
Parent Opinion
Work & Money
Money
Finance
Career
Lady Startup
Relationships
Sex
Dating
Separation
Friendship
Family
Real Life
Couples