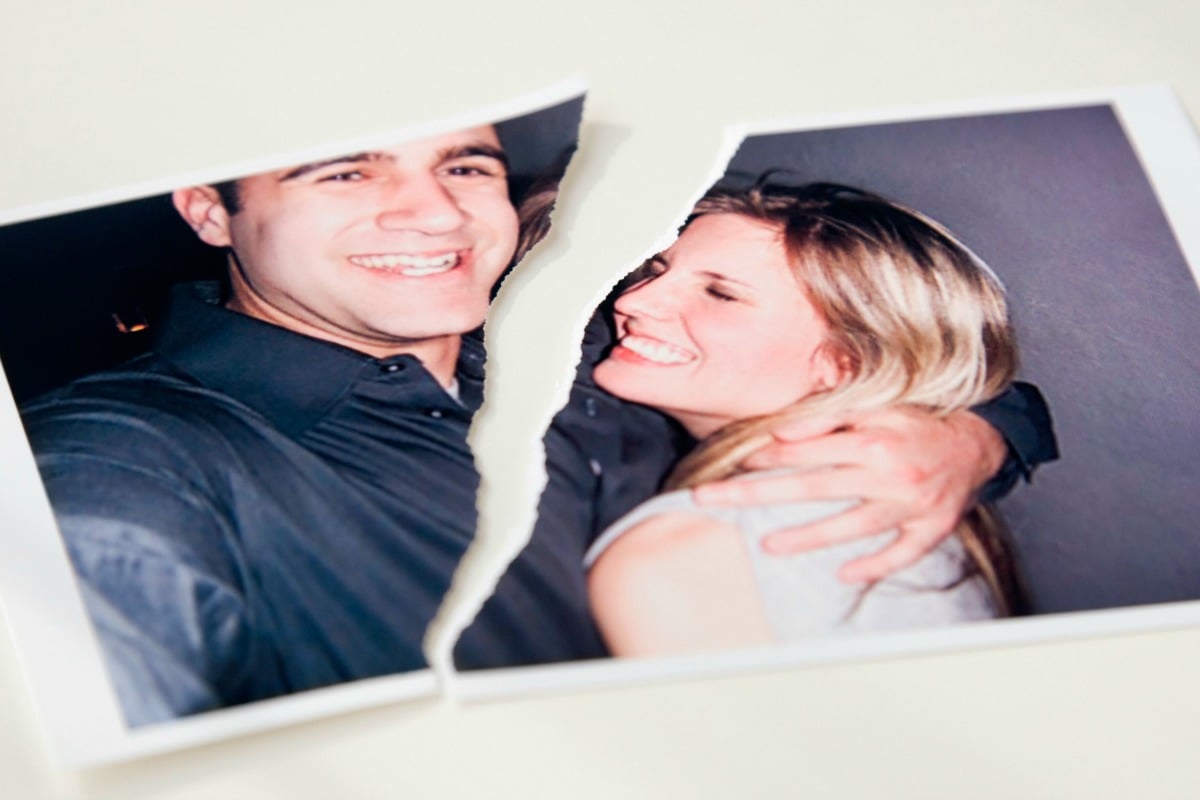 I asked him over and over again, “Where is the money coming from for these? How on earth are you affording all of these?”

I felt it in my gut, that not-rightness. I froze. I waited.

We moved forward on refinancing our home. The lender asked that we provide copies of the statements of all of our credit cards. I did, but then the lender came back and asked for the credit card statement of a card that was just in my husband’s name, a card I’d forgotten about because he’d gotten it years before to help him rebuild his credit.

“I need the statement for your credit card,” I told him.

“I know. They need it to finish refinancing our home.”

“I don’t have time to bother with getting it. I have an actual job to do. Why are you always bothering me when I’m busy?”

“I didn’t know you were busy, and I’m trying to get this done by next week. Can you tell me where I can go online, so I can just get it to send to them?”

Later, I chose a moment when he was obviously not busy. He was watching TV and playing on his phone, so I asked again.

“Can I get the credit card statement?”

“I’m relaxing. Why can’t you ever leave me alone?”

“Sorry!” I said and retreated to our bedroom.

When the credit card statement was finally in my hands, he had run up $5000 in two months on his gleaming antique porcelain signs.

He had lied to my face like it was nothing, like he was just breathing. How many times had he lied to me now? Could I even know the number? Was it in the hundreds? The thousands? How many lies can kill a marriage? I thought, like how many licks does it take to get to the centre of a lollipop, like there was a finite number.

I also noticed one strange credit/debit. His card was debited $19.51 from his place of employment, but credited $1951. It looked fishy.

“Are you stealing from your job?”

“No. It’s just a reimbursement. They just messed it up the first time.” He got reimbursements from his job regularly, but something about this didn’t seem right.

I went to therapy. She suggested I look more deeply into the money and to speak with a lawyer about what to do if he kept bleeding money. She handed me a rip of paper from her yellow legal pad with a divorce attorney’s name and number on it. I didn’t think I would use it, but I put it in my jacket pocket anyway.

I went through all of our accounts and through every purchase he had made. I started to notice more things out of sorts, more strange credits and debits to and from his place of work, like -$26 and then +$2,600 the same day. And there were several of them. Strangely specific, always a much smaller amount debited, and a greater number credited.

I texted him, “You are going to have to explain some of these charges to and from your job to me. Frankly, they look illegal.”

“It is exactly what you think it is,” he told me.

“That you’re stealing money,” I responded. I held my breath.

I set my phone down and realised my hand was shaking, my whole body was shaking. I walked to my desk where my jacket was hung on my chair. I removed the piece of yellow legal pad paper that my therapist had written a divorce attorney’s name and number on, and I called.

I took the next day off from work to meet with the attorney.

The lawyer, a short white-haired man in his 60s, his office on the third floor of a downtown building decked in dark brown woods, was deferential and kind, but also no bullshit.

He told me everything I already thought: I was liable for all of my husband’s financial decisions. Didn’t matter that he’d hid it from me. Didn’t matter that it was all on a credit card just in his name. Our state considers marriage entirely joint. I was 50 per cent responsible for his financial decisions, and if I didn’t file for divorce, who knows what might happen if my husband continued down this path. Who knows what else he might have been doing either.

“Is this someone you want to stay married to?” the lawyer told me.

“Are you sure? I’m not pushing you into anything. I just want you to have all of the facts. Do you want to wait to decide?”

Two days after my meeting with the attorney, three days after the finding out, his mother offered to watch our twins, so we could have a break, maybe get lunch together.

At a local Mexican restaurant, we both sat silently. I kept shovelling chips in my mouth and trying to watch the television on the back wall. I tried to look everywhere but at his face.

On the way home, he asked me if he could have lunch with a friend.

“Do you know what you could face if you get caught?” I asked.

“Have you looked up what you could face if you get caught for embezzling?”

He didn’t respond, and we didn’t say anything else. I looked out the window and wiped my eyes. There was something about talking to the husk that was once your husband, and I couldn’t stand to feel so broken. I didn’t say a word anymore.

When we got home, I focused on our beautiful perfect children. Little things I knew that they loved like taking them for a walk after icy weeks and school snow days. We let them run around, and when they were fussing before their bedtime, I pulled out a bottle of bubbles and blew them for them. It was magical. They were so happy. Our son clapping and laughing. My husband holding our daughter in his arms, a smile frozen on her face. The husk of my husband walked past me and brushed my hand, and in that moment I was reminded that this was the man I loved, whose body I knew so completely, but I knew that was all gone, all away from me.

Later when I licked my lips, they tasted like bubbles.

On Tuesday, I met with my lawyer to sign the official paperwork. I signed several pages, and he notarised them.

“What are the next steps?” I asked.

“Tomorrow the judge should get the paperwork around lunchtime. He should sign it and then we will get it to the process server.”

“So he’ll be served tomorrow?”

“That’s likely unless you want him served later.”

On Wednesday, I was extra polite. I made him coffee. I wanted him to remember me as polite when the process server called him and said, “I have divorce papers to serve you. Where can I meet you?”

As I was getting ready, I looked down at my wedding band and engagement ring and realised that I needed to take them off. Today was the last day I would need to wear them.

I picked both of these rings, the small and slender engagement ring with tiny diamonds on the band. Two of the little diamonds had fallen out, and we’d never bothered to have them replaced. My wedding band was simple white gold with flowers carved on it. I chose it because I felt it could weather the years, because I got married with the intention of being married for a lifetime.

I never took them off for fear that I would lose them as I was prone to losing everything. For years, I had washed clothes and dishes, formed hamburger patties, changed diapers, everything, with these rings on.

Today, with some coercing, I took them both off. There was an indentation on my finger where the rings once were. A physical representation of how long I had been married, how used to marriage I had become.

Even my finger had grown differently to accommodate that outward symbol. And that’s when I started crying.

I had to get ready, so I blow-dried my hair and then got dressed while weeping. It wasn’t until after I was dressed that I realised I had put on a black dress and black shoes. I looked like a widow in mourning. And I thought, I am in mourning because I picked a marriage and rings that I thought would last forever, and forever is over.

Tara Blair Ball is a memoirist and freelance writer. Check out her website or find her on Twitter: @taraincognito. Sign up for her e-mail list here. Read what led up to this story in Tara’s memoir, The Beginning of the End, now available for sale on Amazon.

This post originally appeared on Medium, and has been republished with full permission.