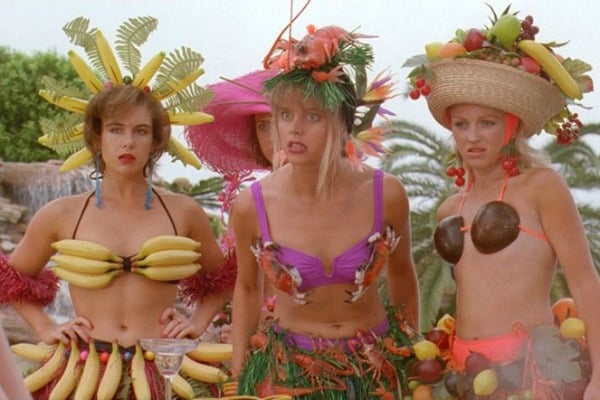 Is there anything more Australian than Muriel’s Wedding?

The Australian comedy quickly became one of Australia’s best-loved films when it was released in 1994.

Although stars Toni Collette and Rachel Griffiths were skyrocketed to Australian fame following their appearance in the movie, some of the most memorable characters in the film were actually the mean girls who tormented Muriel – Tania, Nicole and Cheryl.

Watch the trailer for Muriel’s Wedding here. Post continues below…

This is what we discovered.

Sophie Lee was the actress behind Tania Degano, the ringleader of the mean girls in Muriel's Wedding.

Since the film's release in 1994, Sophie Lee, who played Muriel's nasty former friend in the film, has had a long and varied career.

Besides continuing her work in TV and film by appearing in Dance Academy and Puberty Blues, the 50-year-old has also written a number of children's books.

She also worked as a host on Natgeo Presents with Sophie Lee on National Geographic.

She married Anthony Freedman in 2002 and the pair share three children, a daughter Edie and two sons, Tom and Jack.

Pippa Grandison had her first major film role in Muriel's Wedding as one of the mean girls who tormented Muriel.

As fans of the movie might remember, Muriel actually walked in on Nicole sleeping with Tania's new husband Chook. Eek.

In the 1990s, Pippa was well known for her roles in All Saints and A Country Practice.

Following Muriel's Wedding, however, Pippa lent her talents to musical theatre, appearing in We Will Rock You, Company and Wicked.

She has also recently recorded a Blues album.

Speaking to The Sunday Telegraph's Stellar magazine over the weekend, Pippa opened up about returning to the world of Muriel's Wedding in her new role in the theatre production of the classic Australian film.

In the production, Pippa has moved from the role of her original character Nicole to play Muriel's mother, Betty Heslop.

"It is a fantastic challenge," she told the publication.

"I feel like I'm moving forward as an actor. That's such a trite thing to say, but I'm middle-aged now. I'm growing up, and for a lot of years I played sexual predators and god knows, a string of them. Now I'm moving into the slightly disturbed, depressed, slightly anxious middle-aged woman... about time!"

Pippa is married to actor Steve Le Marquand. The pair live on the NSW Central Coast with their daughter Charlie, who is 10 years old.

Besides her role in Muriel's Wedding, Roz also appeared in Australian 2000 comedy The Dish.

Nowadays, Roz is best known for her career in comedy. She was a regular cast member on Thank God You're Here as well as Shaun Micallef's Mad as Hell.

You can find out more about Muriel's Wedding: The Musical right here.