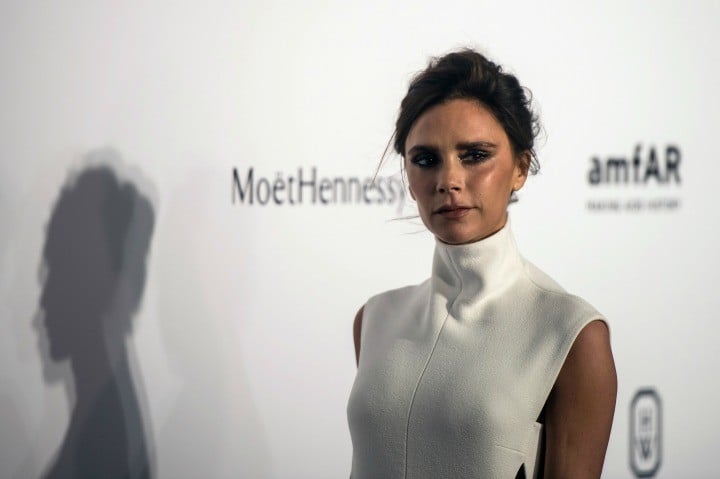 Why is it once you push a child out of your vagina (or have one artfully lifted out of your uterus) you spend an eternity being defined by that single act?

Your identity becomes about your children and nothing else, so much so that even your livelihood becomes about kids. The thing that once defined you and your place in the world – how you make a living – becomes somehow shaped by your personal family choices.

And nothing sums that up more than the newly in-vogue term ‘mumpreneur.’

When you Google ‘mumpreneurs,’ you will discover a range of successful, talented, hard working, intelligent women who run businesses that quite often started at home.

Therese Rein’s career fortune is upwards of $210 million, Janine Allis’s food empire has so far netted her $60 million and Natalie Bloom has a personal worth estimated at $36 million. And as for Victoria Beckham or Miranda Kerr, well you can only just imagine how many zeros attach themselves to those salaries.

Yet they have all been listed as ‘mumpreneurs’. Their business acumen reduced to their ability to breed.

The actual definition of the term ‘mumpreneur’  is hard to pin down. Some say it is a woman who runs a business from home, some define it as a mother who works in business – no matter where it is – and in other arenas it is defined as women who work in fields where the end consumer is a mother.

According to the Collins Dictionary a ‘mumpreneuer’ is ‘a woman who combines running a business enterprise with looking after her children.’ And given that 65% of women with children age five to nine are employed? That’s a whole lot of mumprenuers in Australia, isn’t it?

It’s a term I would like immediately axed from our vocabulary.

For me – a journalist who happens to work primarily from home – it’s a derogatory, divisive label, which does nothing except shift a woman’s career out of the sphere of professional and into the sphere of mother.

There’s nothing wrong with being a mum – it’s a joyous, wonderful, life changing experience – but in most cases it has nothing to do with how you run your working life. It doesn’t impact your ambition, your drive or your ability to perform in your job.

A Fairfax Media article today looked at about the role ‘mumpreneurs’ are having on small business growth. Apparently it’s a positive one. Small Business Minister Bruce Billson practically hooted as he praised these struggling women who had fought against the apron strings and branched out past the school gates.

“You are getting a lot of women starting small business from home” he said. “These are real business people”.

Uhuh. What did he expect? Aliens?

Of course not all “Mumprenuers” would agree with me.

Janine Allis told Mamamia that she is neither here nor there about the term.

”People get so worked up and offended by the strangest and smallest things.  See the good and embrace all the men and women who are having a crack at creating a business, which is bloody hard to do, and if women want to call themselves mumpreneurs then go for it.”

For business coach Kathryn Hocking the term is helpful. She said last year in an interview in The Sydney Morning Herald last year: “I’ve found it’s a really good way to identify the people I want to market to. I do work with mums and it might not always be the term that is used but it is the one that identifies this group now.”

While I can appreciate her point of view, what I don’t understand is why the converse term isn’t used in popular lexicon.

Have you ever seen this headline?

Nup, me neither and you never will because there isn’t such a thing as a ‘dadprenuer’.

They are just men. They are businessmen. They are successful business men who are defined through their hard work and success – not by the number of children they’ve fathered.

According to Daddy blogger (pointed term intended) Doug French from Laid off Dad the definition of Dadprenuer is:

Dadpreneur (n): An absolutely terrible word that should not be used by anyone ever.

It is about time the same was said of its much overused female equivalent.

Well, I must be failing at something because becoming a mother did change how I ran my working life, my ambitions and how I performed at my job. There was no way any of this could have remained unchanged for me. It changed my priorities, responsibilities and everything else. I'm not saying that I ceased to have ambitions and my performance suffered, I'm just saying that it really, really changed.

I love these articles that keep challenging the status quo. There are so many examples of sexism that still exist in our society. I think sometimes we are so used to it that we don't stop and realise how ridiculous it is until an article like this points it out. The word "mumpreneur" is patronising.
Until women are equal to men in terms of career and child-raising, we will continue to see a power imbalance in relationships. Mum is cooped up at home looking after the kids, while Dad earns the income and has the control and freedom. Of course, not all relationships are like that... but you can bet a lot of them are.