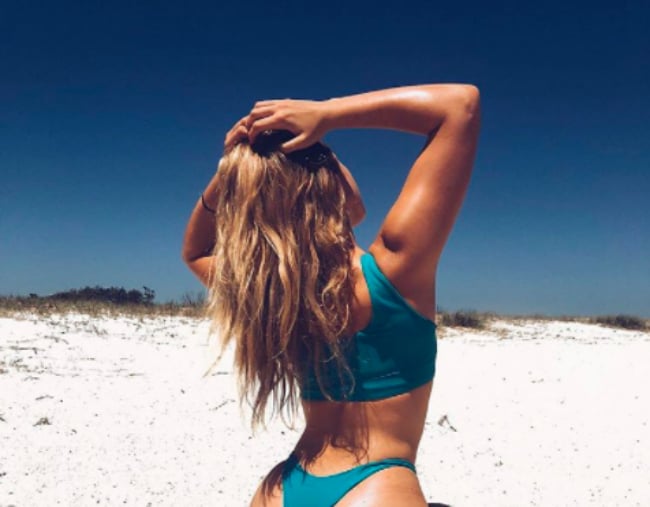 Tania Swan was horrified after discovering her 16-year-old daughter had been sent a Brazilian-style bikini by Australian swimwear company Makana Swim, who also encouraged her to post photos of herself wearing it to her social media.

Unbeknownst to the mother of the teen, her daughter had entered into an Instagram competition, with the prize being the bikini set the company sent for free.

“I told her that she wasn’t going to wear that. She insisted that she could sunbake with it in our backyard,” Swan later wrote on Facebook group Collective Hub.

“This is not appropriate as at times, people can see into our backyard,’ Swan continued.

“Who are these people I began to wonder? Why would they give my daughter free skimpy swimwear? I then asked, ‘Have they asked you to take any photos in the bikini?’ She reassured me that they hadn’t.”

The prize package included a note from Makana Swim, encouraging Swan’s daughter to put on the free gift and post photos on her Instagram.

“Make sure you tag us in any photos you post in your newest swim piece so that we can feature you on our social media accounts!” the note read.

Lord help us, g-string swimmers seem to be making a comeback. The Mamamia Out Loud discuss.


“She was now being instructed to tag this company in photographs of herself in her what they deem ‘cheeky’ swimwear so that they feature my daughter’s half-naked body in advertising their product,” Swan said.

“My daughter, perhaps more naïve to my concerns seemed somewhat sympathetic to this newly fledged company that was only trying to get more people/followers.”

This incident led to further discomfort for Swan when she began to consider other underage teens who had “won a prize”.

“Who else has tagged this company with images unbeknownst to their loved ones?” Swan said.

“How old are these girls being targeted? Do they even care? Sexual exploitation? Economic exploitation? I’m not sure but my gut feeling is that something is not sitting quite right,” she continued.

What are your thoughts? Is it wrong for swimwear companies to use teenagers to promote their products?

You people are truly pathetic.

All Makana are 'guilty' of is sending a prize to the winner of their competition!

OF COURSE they'd like to see social media images tagged with their brand! It's their lifeblood!

Should they be required to check the birth date of everyone who does so? OF COURSE NOT!

Does mom insist she covers herself with a sheet when she wears it at the beach? People there can see her you know.