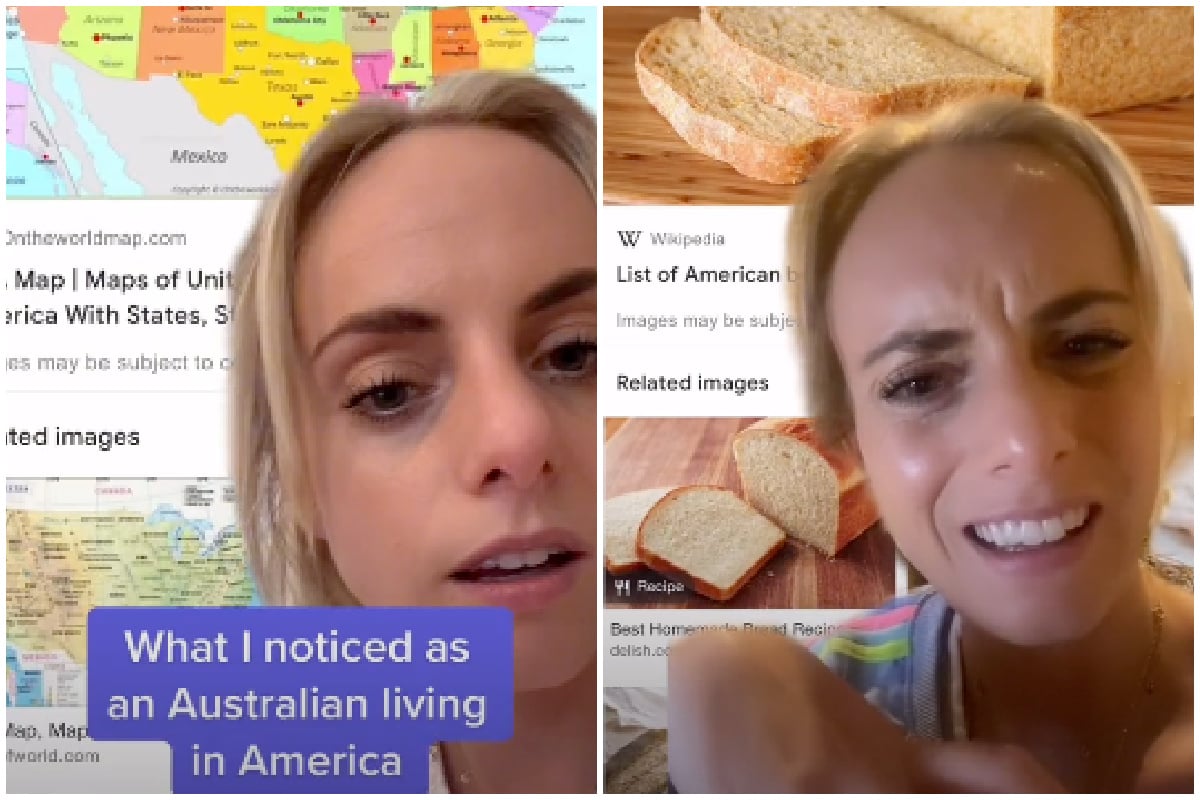 None of them know.

And that is the biggest tragedy.

Within one week of moving to America in 2014, I had made a profoundly traumatic discovery.

It wasn't about guns or politics or the (broken) system of tipping. It was about bread.

Because in America, the bread isn't bread. The bread is cake.

Of course, I love cake. But not with scrambled eggs at 9am. Or god forbid with vegemite.

Bread in America isn't grainy enough and it's too sweet and light and I'm inclined to believe someone replaced it with cake and hoped no one would notice.

I noticed many things in the year I spent living in America. So I decided to share some of them in a place the children call TikTok. Over one million views later and people have feelings. Thoughts. Concerns. Suggestions.

So, in order to spread these feelings to the medium of written word, let me share some of the realities that are bleedingly obvious to an Australian in America:

Cheese shouldn't be able to be pumped. It just shouldn't, in that it should be hard or just a little bit melted. It should never be a liquid, and should never be put in some sort of container so it can be squirted like a sauce.

Because cheese is not a sauce. Cheese is cheese. But then, I ask, what on earth is this? 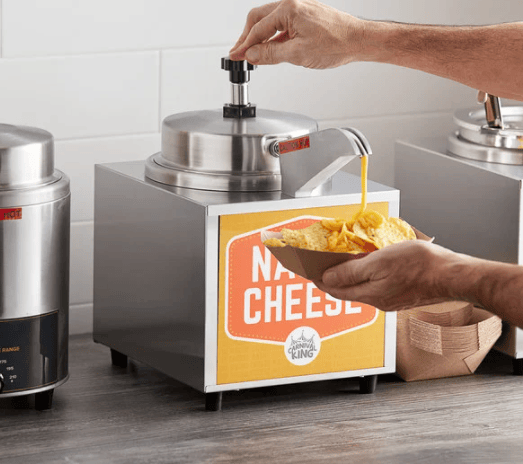 And why, when I went to Taco Bell, did I get corn chips with liquid cheese on them?

Okay. So why are Americans always talking about how they can't function without coffee but then secretly drinking dirt water?

What you are consuming is not coffee. It has also been sitting in a suspicious-looking pot for an awfully long time.

On a related note:

- Why do you add strange syrups

So someone decided they'd call biscuits 'cookies' (??), and then take SCONES, which are a wonderful food, and label them biscuits. Which would be fine.

Instead, people put gravy on them which is so incredibly hurtful.

They're sweet? They need jam and maybe cream, but gravy? 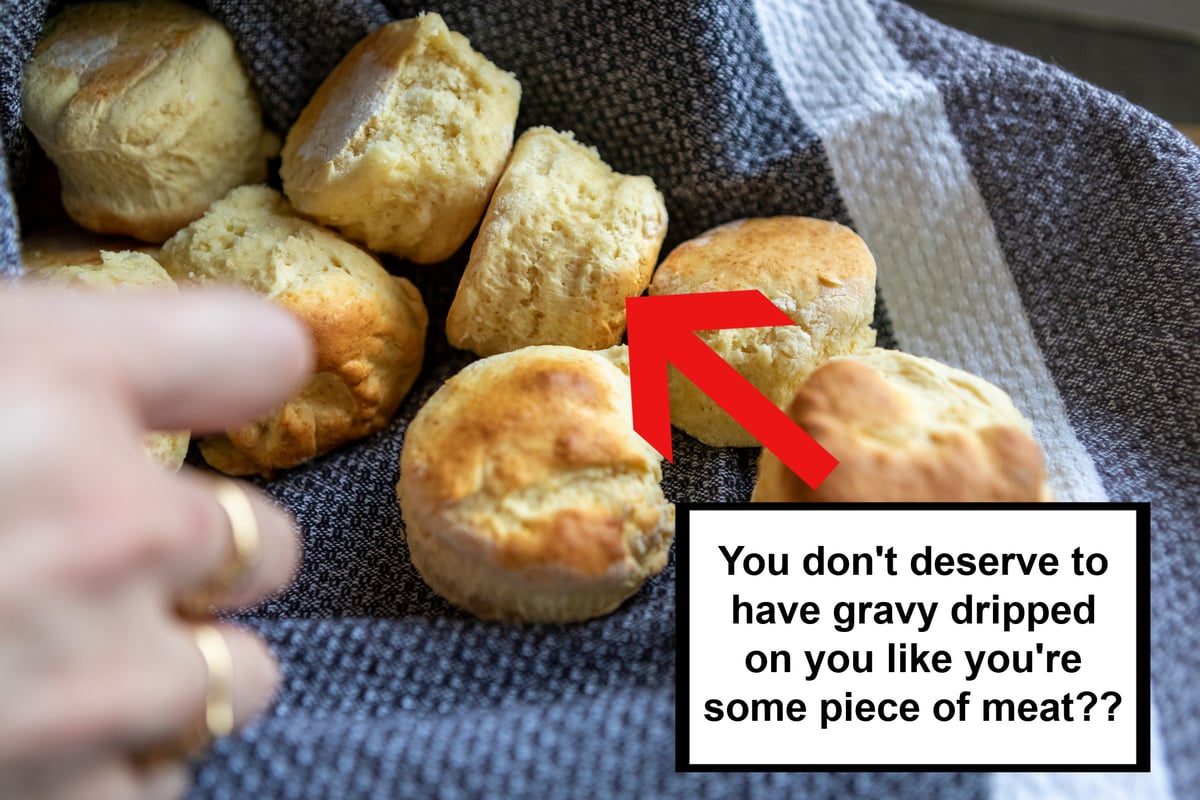 You're better than that. Image: Getty.

Peanut butter does not go with jam.

Potato does not go with marshmallows.

Chicken does not go with waffles.

Go away and think about what you've done.

No, that thing did not need to be fried.

Same as Europe. They don't do milk chocolate properly.

It's too painful to elaborate on.

Tipping is silly and feels like a bizarre way of the service industry asking the customer to pay a salary to their employees.

Like... no? Why don't you just pay them properly? It's incredibly stressful to have to factor an individual's livelihood into every purchase decision I make? Like I just wanted a glass of wine?

Equally, don't even think about not tipping. This faulty system shouldn't hurt the people at the bottom of it and he's going to be really mad if you just occupied a table for two hours and made him work for free.

Take it up with the president or something.

Because that's what you're getting.

I think because everywhere does free refills, they need to... ration? The actual beverage? So they fill the cup with ice?

On a related note - post mix soft drink in America is god level and yes, that's probably because it's poison.

The Responsible Service of Alcohol

In Australia, if you want to serve alcohol, you have to do a course called the RSA - Responsible Service of Alcohol. It usually involves going to an unfamiliar venue and listening to a stranger explain what a standard drink is, how to tell if someone is intoxicated, how to check IDs, and so on.

In America, if you want to serve alcohol, you... get some on-the-job training. Do you have to be of legal drinking age? God no. I worked with an 18-year-old who could legally serve alcohol but couldn't drink it.

No one found anything odd about that.

You're 18. You can vote. You can drive. You can buy a gun. You can join the military. You can serve in a jury. You can be sued. You can purchase fireworks. You can adopt a child (technically).

But you cannot purchase or drink alcohol. Not until you're 21.

A few years ago, a group of friends and I drove from one end of the US to the other.

We did not see a police car.

We were never pulled over (despite learning afterwards that we'd missed something when purchasing the car and were inadvertently being... naughty), and there were no RBTs.

One afternoon we got stuck in traffic and several people stepped out of their vehicles to smoke weed. On the road.

Every single human being in America is an extrovert, and that is a fact.

I kept waiting to meet an introvert, and it didn't happen. Because they're a myth.

Americans are some of the funniest people I've ever met.

What they aren't, however, is self-deprecating.

They simply do not understand if you say, 'haha I have no idea what I'm doing.' Or, 'I suck at this lol.'

It's incredibly difficult to explain to an American that you carry around a healthy amount of self-loathing at all times. Trust me.

There's a level of patriotism, passion and general vibe that exists in the US that doesn't exist anywhere else.

Is that a group of people suddenly singing acappella on the street? Yes.

Is everyone taking the national anthem seriously every time they hear it? Always.

Is there a man who appears to be paid to dance to Christmas carols outside H&M for the entire month of December? It would seem that way.

Everyone in America thinks they're in a movie, because they kind of are.

When I shared some of these thoughts on TikTok, I was inundated with responses. 'Their coffee isn't dirt water, it's a milkshake,' one person responded and yes. What a profound observation.

Others pointed out that the butter is white (true), the eggs are untrustworthy (also true), and that their bacon is deep fried cardboard (amen).

It's so hard because America also has Harry Potter World? And the Sex and the City tour? And Timothee Chalamet?

And for those things, I guess I'll endure the uncomfortable reality that their bread tastes like cake.

Reply
Upvote
A country of extroverts seems accurate.  I was stating at a qld resort once and a team of players from USA were staying also.
Every morning,  once they arrived, we finished up and left.  So loud and no self awareness that they were pissing everyone off. That was about 25 yrs ago and still in my mind.
Also what's with bacon in pancakes with maple syrup... .yuck..
D
dollyvita 5 months ago