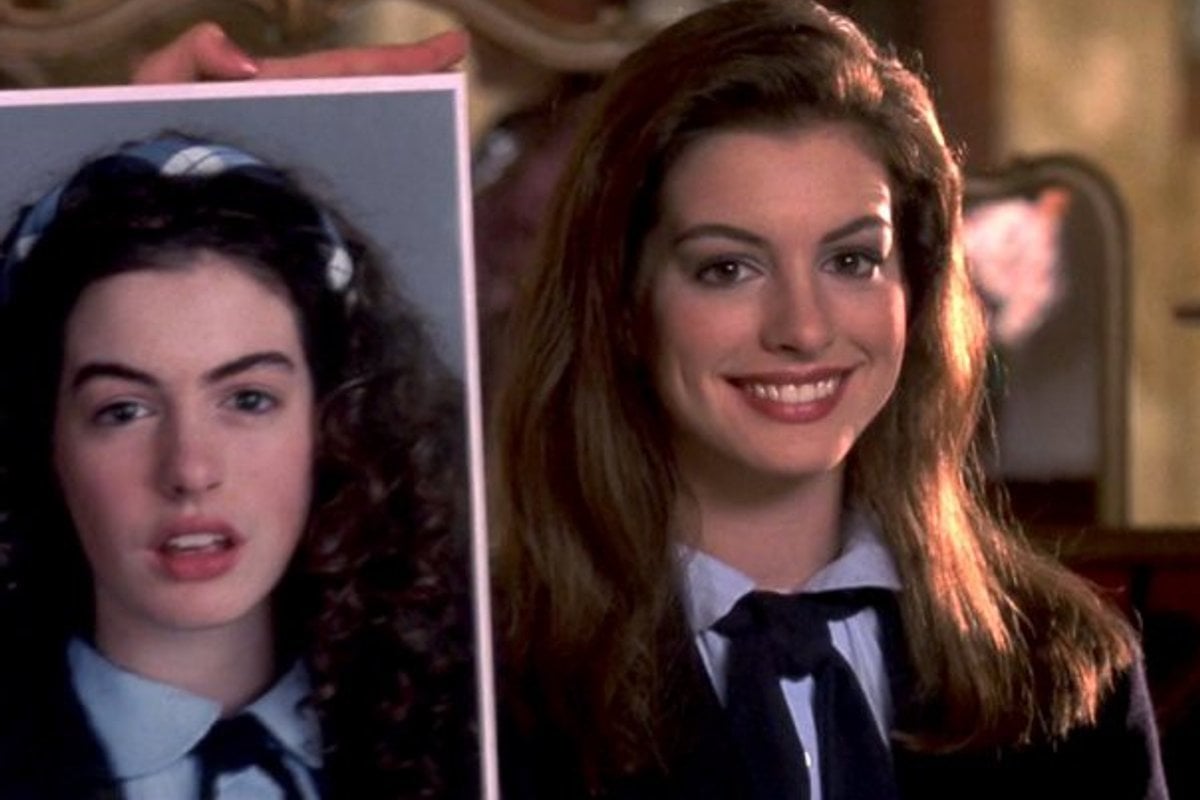 How many movies or TV shows have you seen where a distressed character dramatically cuts off their long hair?

Or how about the deeply shy character who suddenly reveals their musical talent to hundreds of spectators?

Yep, it's no secret that most movies and TV shows employ a few clichés.

But once you start to notice them, it can get... annoying.

The movie mistakes you may have missed. Post continues below.

Here are just some of the most annoying movie and TV clichés that never happen in real life:

Speaking of annoying movie and TV clichés, it seems most of them relate to professions.

In 2019, Twitter user Rory Turnbull pointed out an oh-so-typical movie cliché about teachers and university professors.

"Hello, I’m a professor in a movie, I only reach the main point of my lecture right as class is ending. Then I yell at students about the reading/homework as they leave," he wrote.

Hello, I’m a professor in a movie, I only reach the main point of my lecture right as class is ending. Then I yell at students about the reading / homework as they leave.

From freelance writers who somehow manage to live in huge apartments in New York City to the IT guy who can hack into any system by typing random keys into any keyboard, there are endless examples.

Here's just a few of them:

Hello. I’m Senior Partner in a law firm. I wear designer white suits, impossible high heels and have a massive corner office with a drinks cabinet as well as my own chauffeur and 2 PAs. I don’t actually do any work but do stare out of the window a lot.

Hello. I’m a computer geek in a movie. I can break into any system by typing random keys extremely fast then shouting ‘I’m in!’ All the while this is happening green text will be projected scrolling up my face. My T shirt has a band on it too.

Hello, I’m an alien in a movie and I want to invade planet earth – when I say planet earth, I mean the US.

Hi, I’m a pregnant lady in a movie. My waters break in a huge gush at the most inconvenient time while I experience my first and very painful contraction. Very soon I push a 3 month old out in one screaming heave. Baby is miraculously not attached to anything.

Hi, I’m a college freshman in a movie. It’s the first day of orientation and I’m moving into my dorm, but every other student is already walking around with books like it’s mid-semester.

Hi, I’m a vendor’s fruit cart in a movie. Do you like apples and bana—

*is destroyed when a police car crashes into me*

Hi, I write books for children in a movie. I wear funny cardigans, colorful eyeglasses and keep my curly, greying hair in a bun on top of my head. I may have magical abilities but am definitely not sexy or attractive in any way. I’m a silly, whimsical woman.

Hi, I’m a bartender in a movie. There are never any queues or rude customers at the bar. I stand patiently polishing glasses until you want a drink and the other customers never seem to order unless they are of importance to the plot.

Hi, I’m the doctor wheeling your wife into emergency surgery. I’ll let you sprint through the halls of the hospital with us until we reach a particular set of double doors where I will turn to you and say, “Please wait outside, let me do my job.”

Hello, I’m a writer in a movie. I write one piece a week and live in a two bedroom New York apartment with a walk-in wardrobe. Also I never actually pitch anywhere, the jobs just come to me. https://t.co/YyuPjYgEyP

Hello, I’m a reporter in a movie. I have three months in which to file a story and it’s about the person I’m falling in love with. My editor is as much a mentor as a boss.

Hi, I’m a lawyer in a movie. I say absolutely whatever I want in court and then I say “Withdrawn.” https://t.co/bAFHi86pBR

Hello, I’m a scientist in a movie. I’m slightly attractive in a nerdy way. No one listens to me until they get into real trouble, but I always come to their aid with my vast knowledge of biology, chemistry, paleontology, medicine, physics, rocket science…etc. https://t.co/4hkf5M7BrL

I'm a psychologist in a movie. I sleep with my clients, despite the fact that this is a massively unethical move that would see me lose my registration.

I am a man who does not cheat on his wife but is tempted.Somehow i ended up cuaght in the rain with the hottest woman and we had to change our clothes. She wrestled me down to the ground . At that instant my wife walks in and I yell. ; this IS not what you think it is" . She does not believe me but a few weeks or months later i am vindicated