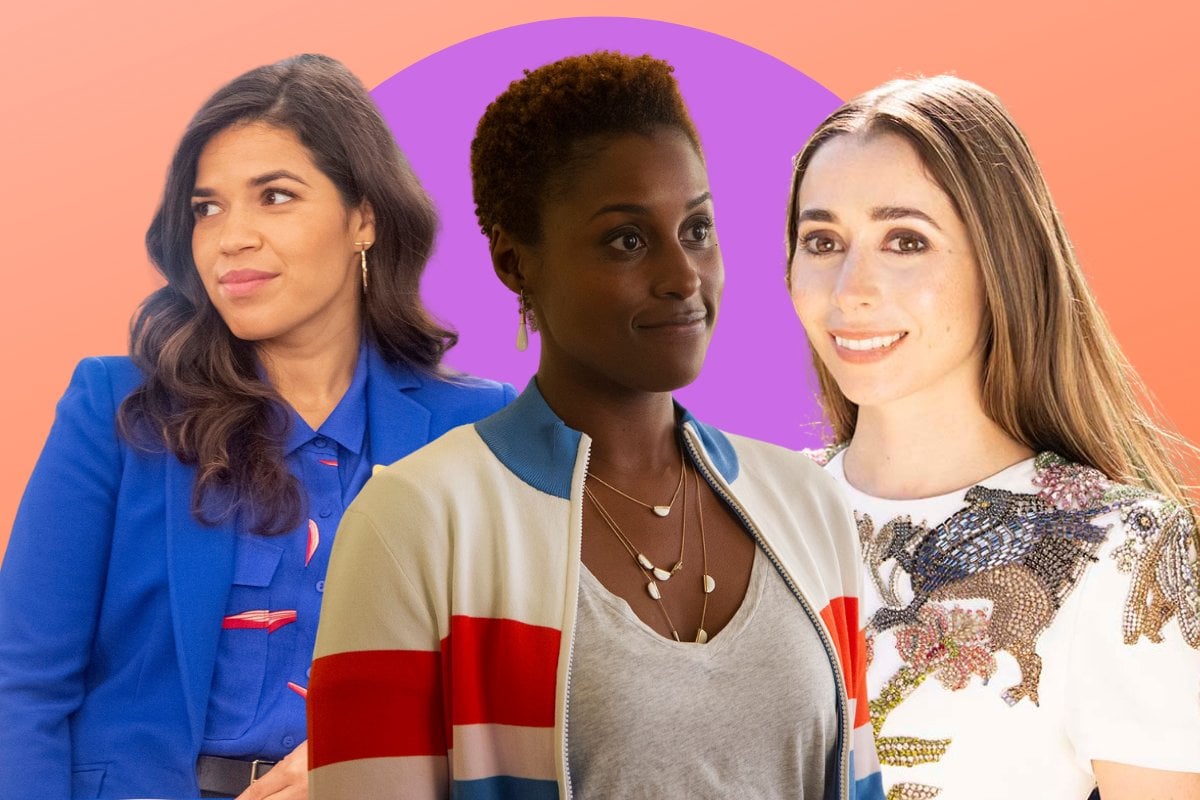 The 2021 Emmys happened this week.

In a twist that surprised absolutely no one, Ted Lasso, Mare of Easttown, Hacks and The Crown cleaned up at the annual TV awards.

But there were a bunch of bloody brilliant TV shows that didn't even get a look in.

There are three reasons for this. Firstly, the eligibility criteria means shows must air in the US in a certain time period to be considered.

Secondly, the categories are very limiting. There's comedy, drama, and limited series - but so many brilliant TV shows crossover into several categories or just can't be easily shoved into a neat little box.

And thirdly, the Emmy voters seem to have very limited ideas of what makes a bloody good TV show.

But they deserve our eyes on them. Plus, we all need as many TV recommendations as we can get at the moment.

So, here are 8 non-Emmy nominated shows that are definitely worth a watch: 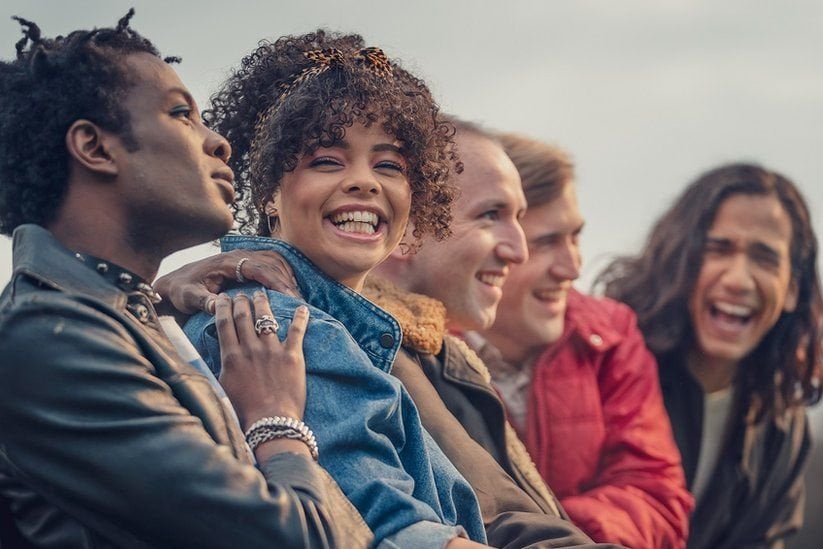 It's been eight months since I first watched It's A Sin, but I still think about it often.

The mini-series was both one of the most heartbreaking and life-affirming TV shows I have ever watched.

It was created by critically-acclaimed screenwriter and television producer, Russell T Davies, whose previous works include Queer as Folk and Years and Years.

Set in London in the 1980s and 1990s, the series follows a group of young friends who are discovering who they are and who they love, and living their best lives in London's vibrant gay scene, just as the AIDS crisis hits.

It's not an easy watch, but it's an important one. One of the most brilliant and beautiful series of the year, It's A Sin will make you laugh out loud in one scene, and bawl your eyes out in the next.

Watch it if you like: Crying into your chips, brilliant storytelling, and hearing the stories behind the headlines.

You can watch It's A Sin on Stan now. 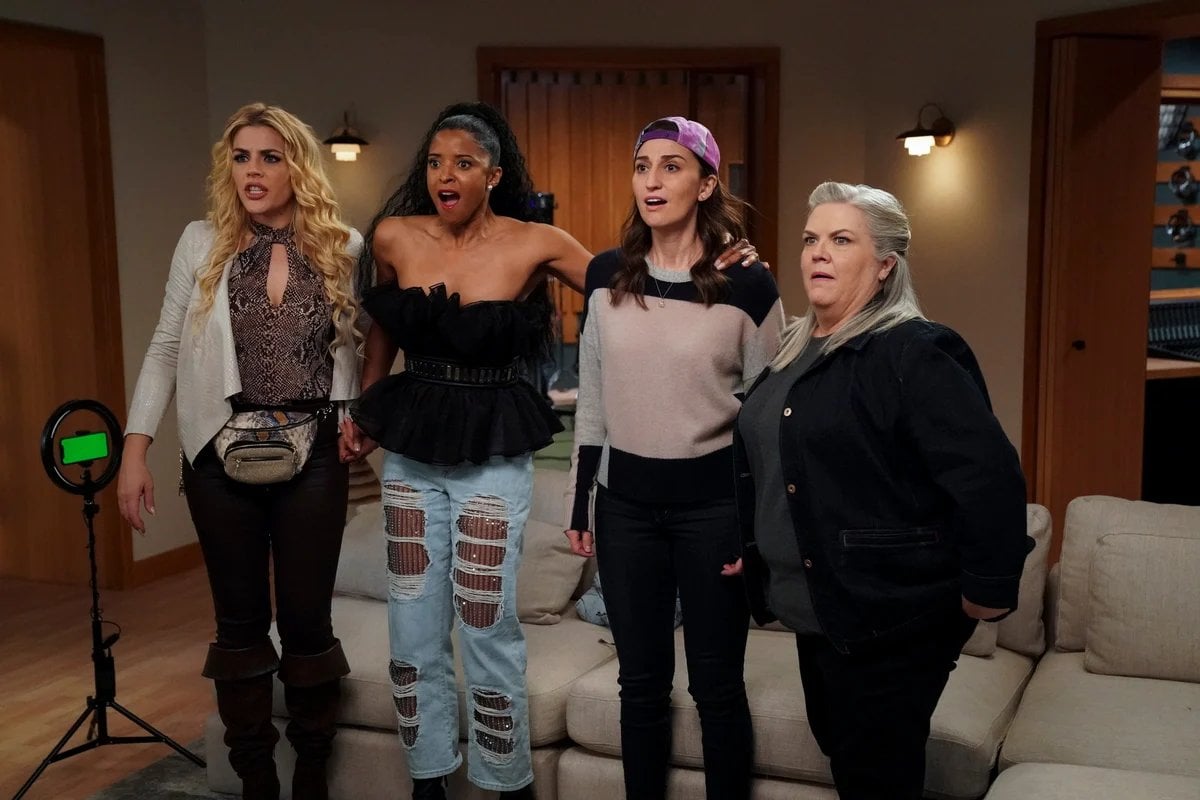 Girls5eva is a funny, self-aware, almost bordering on cringey, series about second chances and success after 40.

Starring Sara Bareilles, Paula Pell, Busy Philipps and Renée Elise Goldsberry, the series follows a one-hit-wonder band from the 90s as they get a second shot at fame.

Paula Pell will have you laughing out loud and you won't be able to stop yourself from singing along to their truly terrible songs.

Watch it if you like: Singing the Spice Girls songs, anything Paula Pell does, and laughing at yourself. 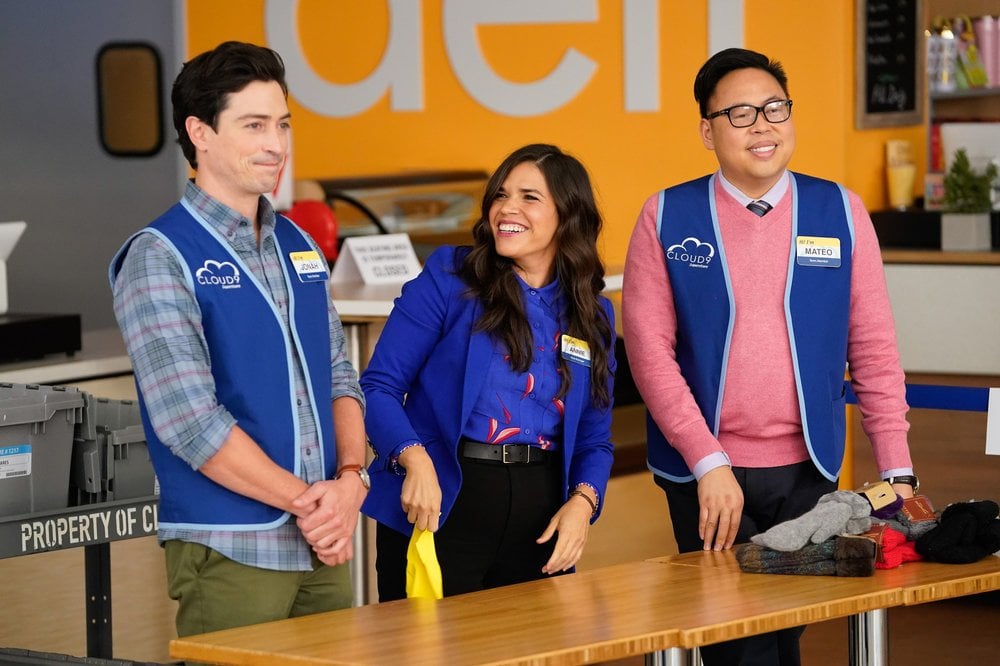 Superstore is what I like to call a sitcom unicorn.

Creating a successful sitcom is no easy feat. You need to design a world that's familiar enough to the audience, they'll feel immediately at home in it. But fresh enough that it'll feel like an escape from their daily lives.

This is exactly what Superstore has achieved.

The sitcom which first aired in the US in 2015, is set in a 'superstore' called Cloud 9.

The characters in the sitcom are the people who work at the store. They're people we've all met before. There's the conservative, yet loveable, store manager Glenn (Mark McKinney). Glenn believes America is the best country in the world and trips over himself trying to say the right thing when he realises one of his employees is gay.

There's Amy (America Ferrera), the floor manager. She's a young mum whose college and career dreams were thrown off course when she fell pregnant just after high school. There's Jonah (Ben Feldman), a business school dropout who finally finds a home in a low-paying retail job.

But the real MVPs of Superstore are the supporting characters. There's Garrett (Colton Dunn) who spends his days at Cloud 9 making sarcastic announcements over the PA system. There's Dina (Lauren Ash), the assistant manager who has no time for bulls**t but plenty of time for her pet birds.

There's Mateo (Nico Santos) who emigrated to the US with his Filipino parents when he was just a kid. And Mateo's best mate Cheyenne (Nichole Sakura), a teen mum who has a heart of gold under her ditzy facade.

Then there's Sandra (Kaliko Kauahi) who is locked in an ongoing feud with Carol (Irene White).

It's these characters and their storylines that make Superstore the defining sitcom of this era.

Watch it if you like: Saying inappropriate things over the PA system, hanging out with your workmates, and characters who you slowly fall in love with.

You can watch Superstore on Netflix and Binge now. 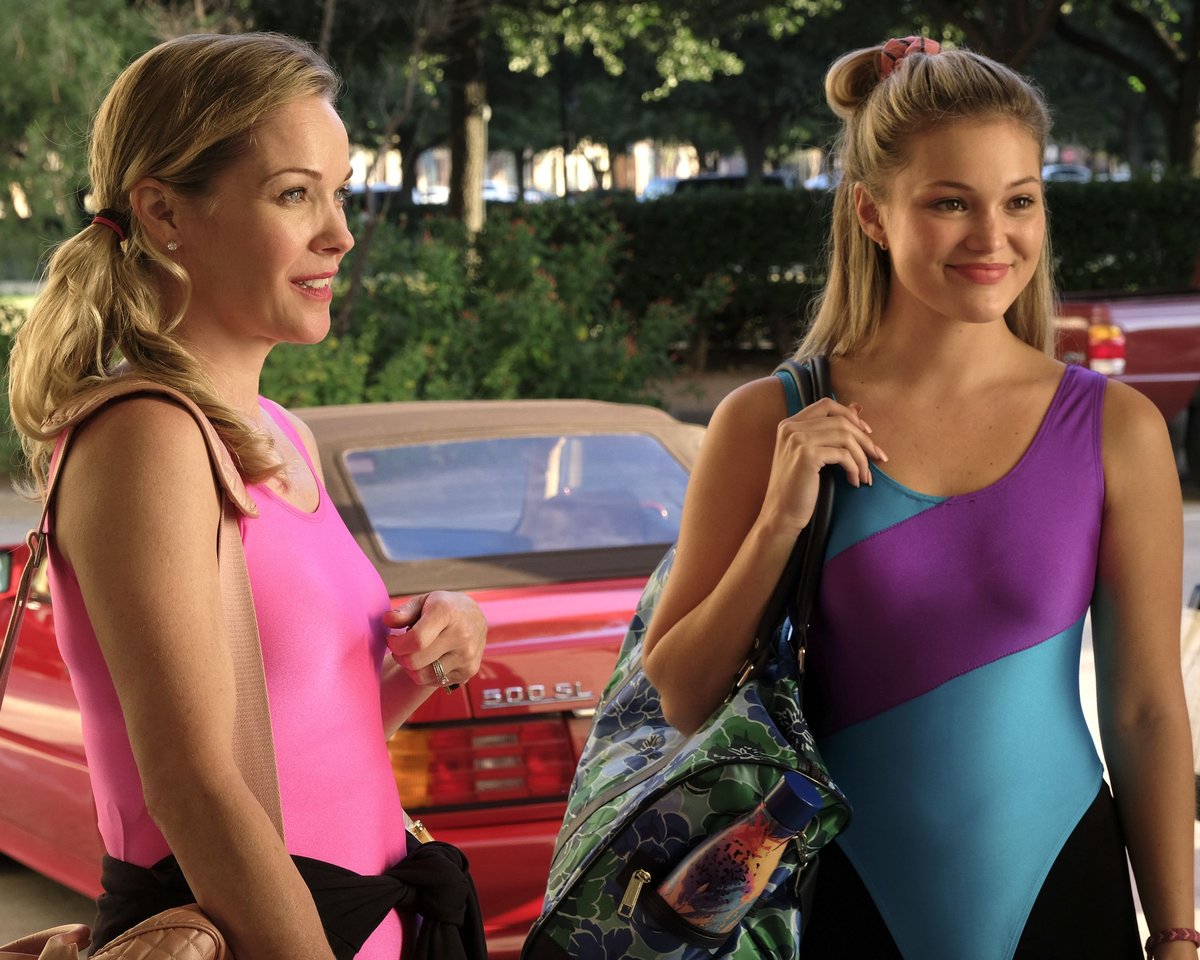 Cruel Summer is a dirty little thriller that will have you hooked from the very first episode.

Watch it if you like: The 90s, mysterious disappearances, The Cranberries, and one final twist.

The first season of Cruel Summer is streaming on Amazon Prime Video now. 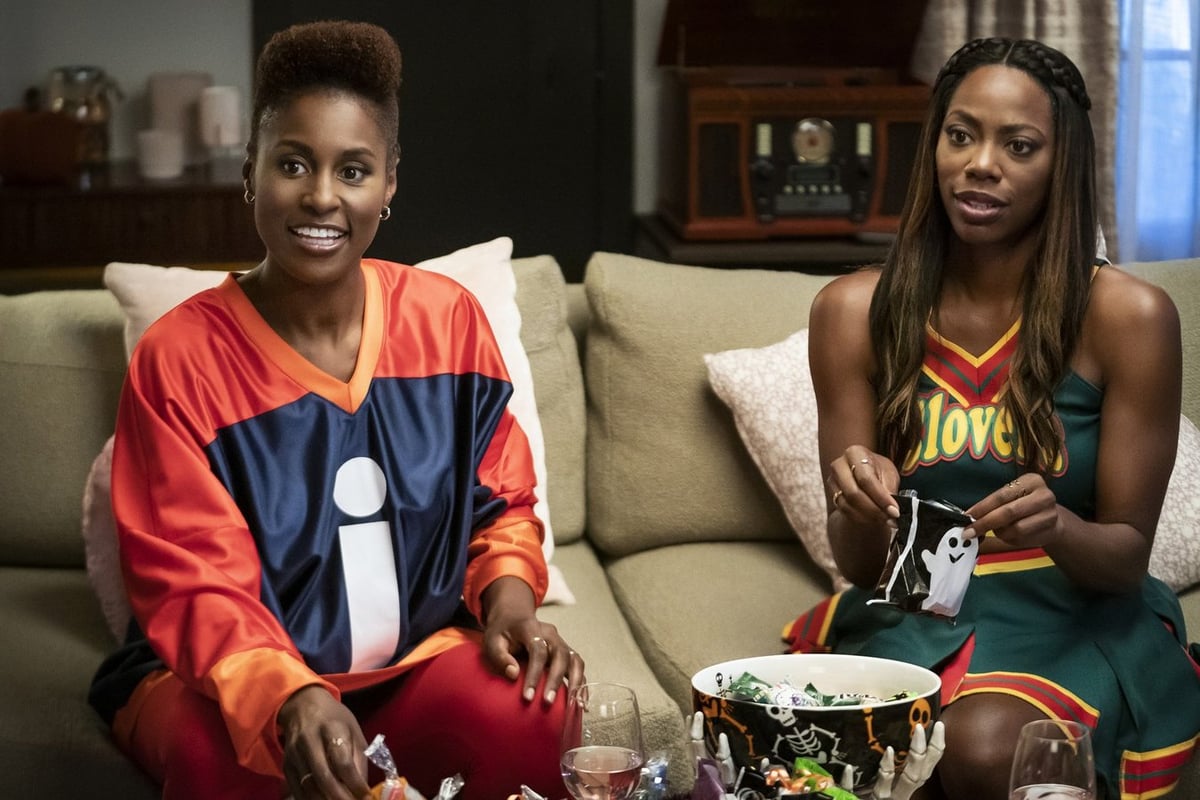 Insecure is written, directed and executive produced by comedian Issa Rae and it’s based off her original web series The Misadventures of an Awkward Black Girl.

Set in LA, the show follows the life of 29-year-old Issa and her friends, as they navigate their careers, dating – and most importantly – their strong, female friendships.

There are definitely not enough shows like this – smaller, more intimate sitcoms that explore the regular, everyday lives of women of colour. It’s the show a generation of Girls and Broad City fans really needed to see.

You'll be hooked after watching Issa rap about her friend's "broken pussy" on stage.

Watch it if you like: Shows like Broad City and Fleabag, rapping about your vagina, laughing with your best mates, and tips on navigating your 20s and 30s.

The first three seasons of Insecure are streaming on Binge now. 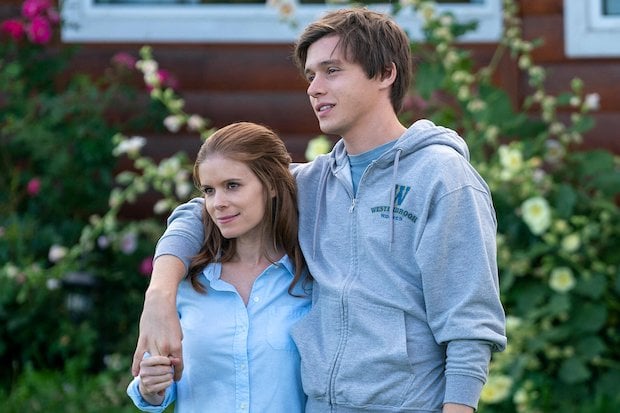 If you saw a scene from A Teacher without context, you'd probably assume that it was just another typical romantic drama series.

But once you know the full story, the new miniseries becomes deeply disturbing.

It's an unsettling watch that will make you question everything you thought you knew about power and consent.

Watch it if you like: Compelling drama, the stories behind the headlines, and questioning everything you thought you knew. 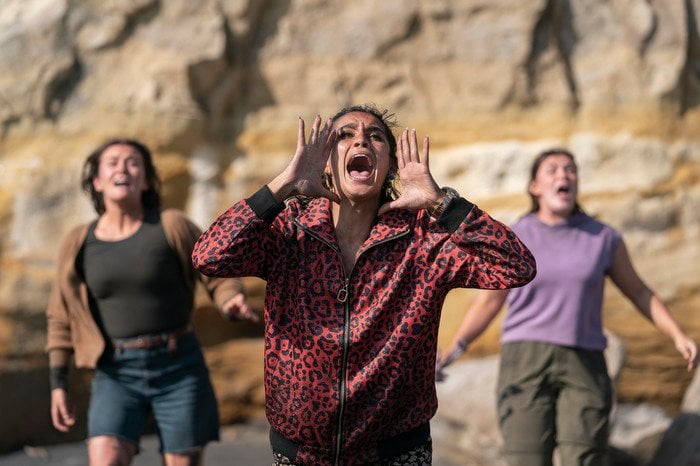 At first, it seems like an unfortunate accident. But as the series moves forward, it becomes clear that good ole' Gretchen Klein is up to something.

Watch if you like: Being stranded on a deserted island, WILSOOOOOON, plot twists, Rachel Griffiths and cans of Coca-Cola fresh out of the middle of the ocean.

The first season of The Wilds is streaming on Amazon Prime Video Australia now. The second season will premiere on the streaming service later this year. 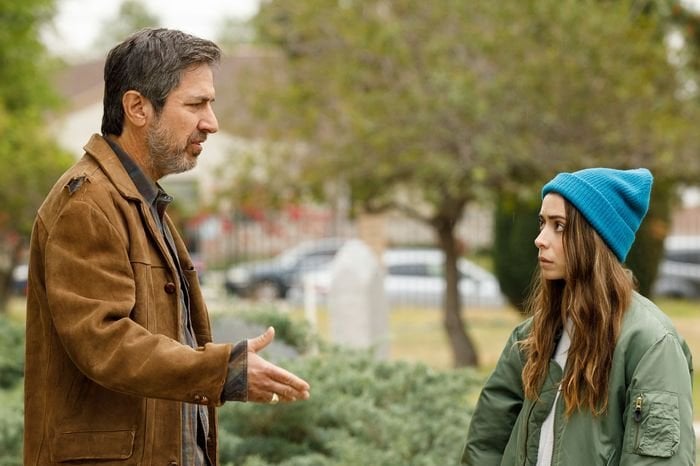 This Stan series stars Cristin Milioti (the actual mother from How I Met Your Mother!) as Hazel Green, a woman who is trying to escape from her tech billionaire controlling husband, Byron Gogol (Billy Magnussen), and the "hub" where she's lived for the past decade.

Action and many laughs ensue.

Watch it if you like: Tinder (lol), the Ray Romano renaissance, Cristin Milioti's eyebrows, and blow up dolls.

The first season of Made for Love is streaming on Stan now.