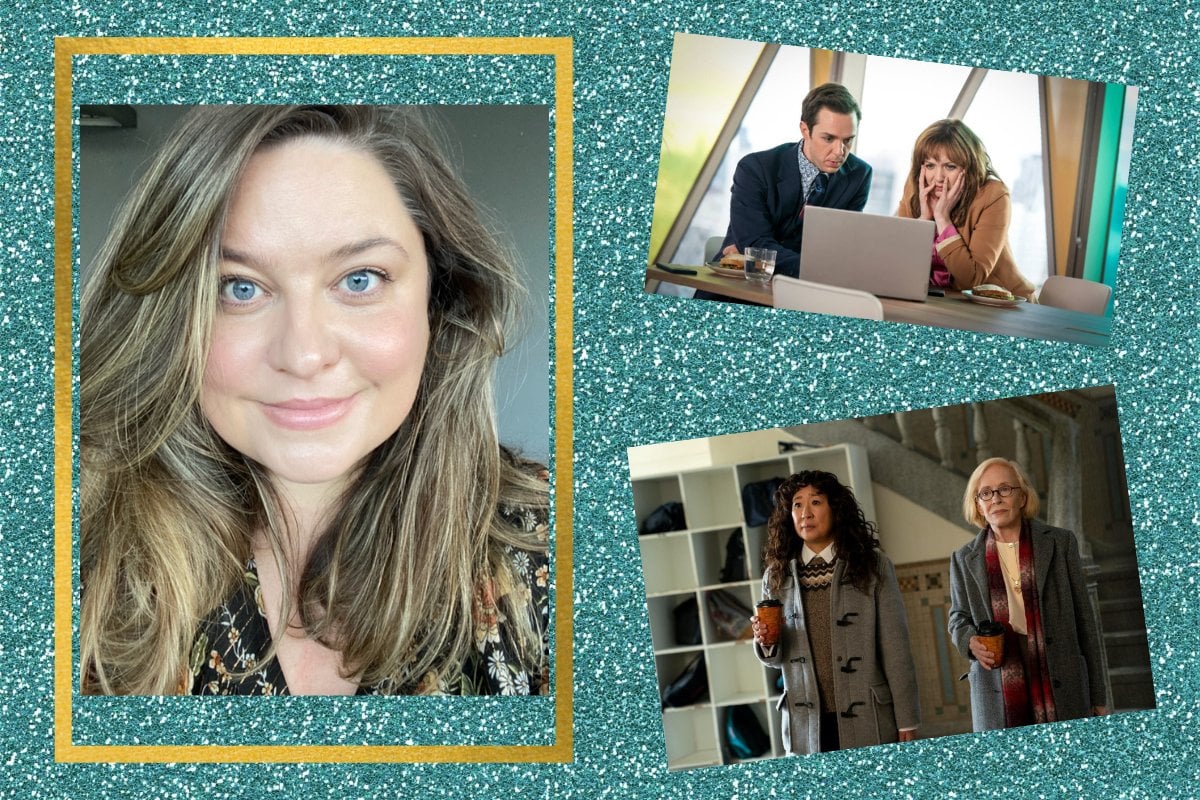 Gosh, there have been a lot of brilliant TV series this year.

Mare of Easttown. Ted Lasso season two. Only Murders In The Building. Succession season three. The White Lotus. Just to name a few.

These are the TV series we watched week by week, waiting in anticipation for the next episode to drop. The TV shows we talked about with our friends. And recommended to strangers we met at a party.

But there has also been a whole bunch of TV series released this year that didn't get the hype they deserved. Which means there's a whole bunch of binge worthy series for you to catch up on over your Christmas break.

So, here are the most underrated TV series of 2021 that you need to add to your watch list:

It's not very often that a TV series has a 100 per cent approval rating on Rotten Tomatoes after just one episode has aired.

But that's exactly what happened with Paramount Plus' new thriller series, Yellowjackets, when it quietly premiered on the streaming service in November.

The younger cast is also joined by Juliette Lewis, Christina Ricci and Melanie Lynskey, who play the adult versions of some of the girls.

While on route to the national championships, the girls' plane crashes deep in the Ontario wilderness. The survivors spend the next 19 months in the forest waiting to be rescued.

During that time, clans are formed, alliances are broken, and not everyone makes it out alive.

Yellowjackets is streaming on Paramount Plus now, with new episodes dropping weekly on Sunday nights. 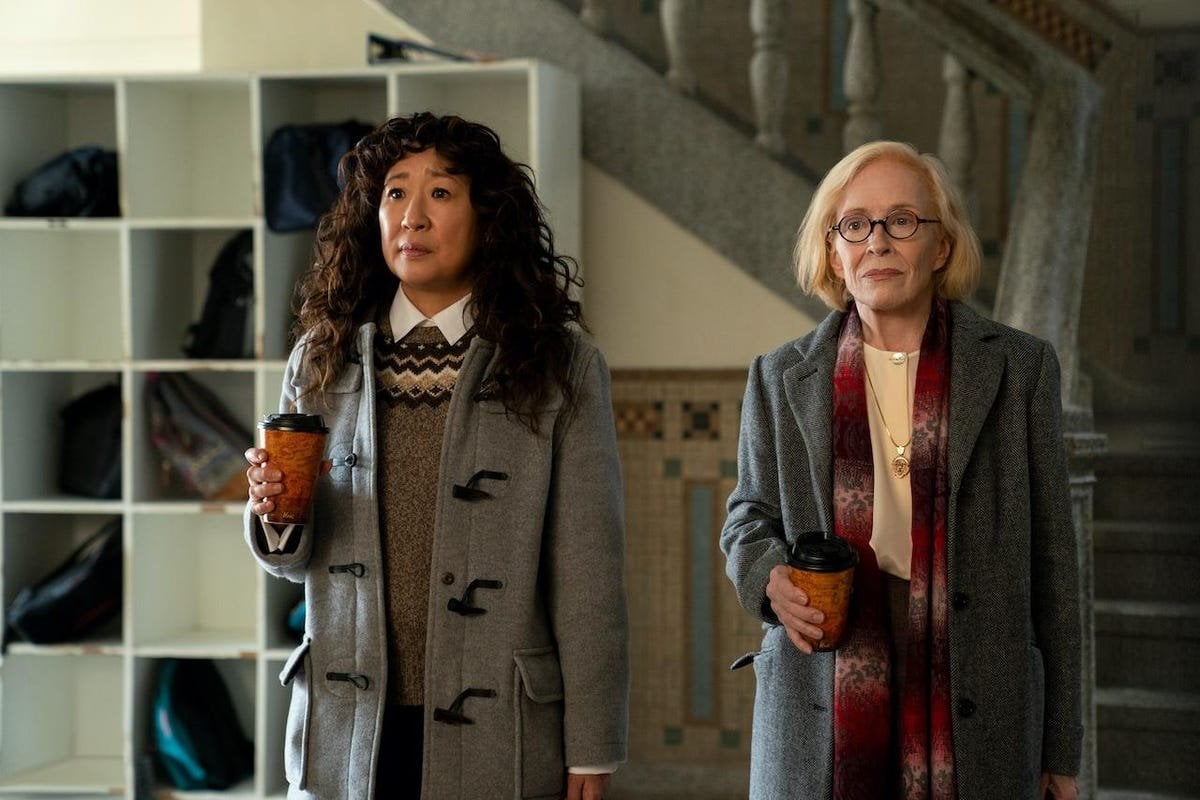 In the opening scene of Netflix's The Chair, Sandra Oh's character Dr Ji-Yoon Kim walks into her new office.

The entire first season of The Chair is streaming on Netflix now. 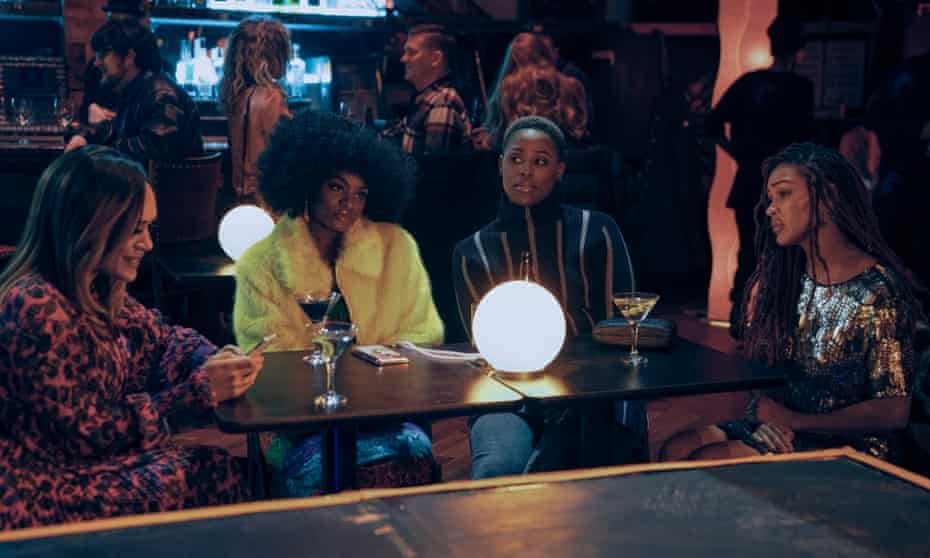 If you're a fan of Sex and the City and Insecure, you need to watch Harlem immediately.

There's Camille (Meagan Good) an up-and-coming anthropology professor with her eye on tenure. Dating app mogul Tye (Jerrie Johnson) who's always dating the wrong kind of woman. Aspiring singer Angie (Shoniqua Shandai), who is still waiting for her big break. And finally fashion designer Quinn (Grace Byers) who is way too hard on herself.

Over the course of the 10-episode first season, the women navigate breakups, new relationships, career setbacks and rising tension among the group.

It's one of the most realistic depictions of female friendship on TV (i.e. they fight all the time) and it's a really fun watch.

The entire first season of Harlem is streaming on Amazon Prime Video now. 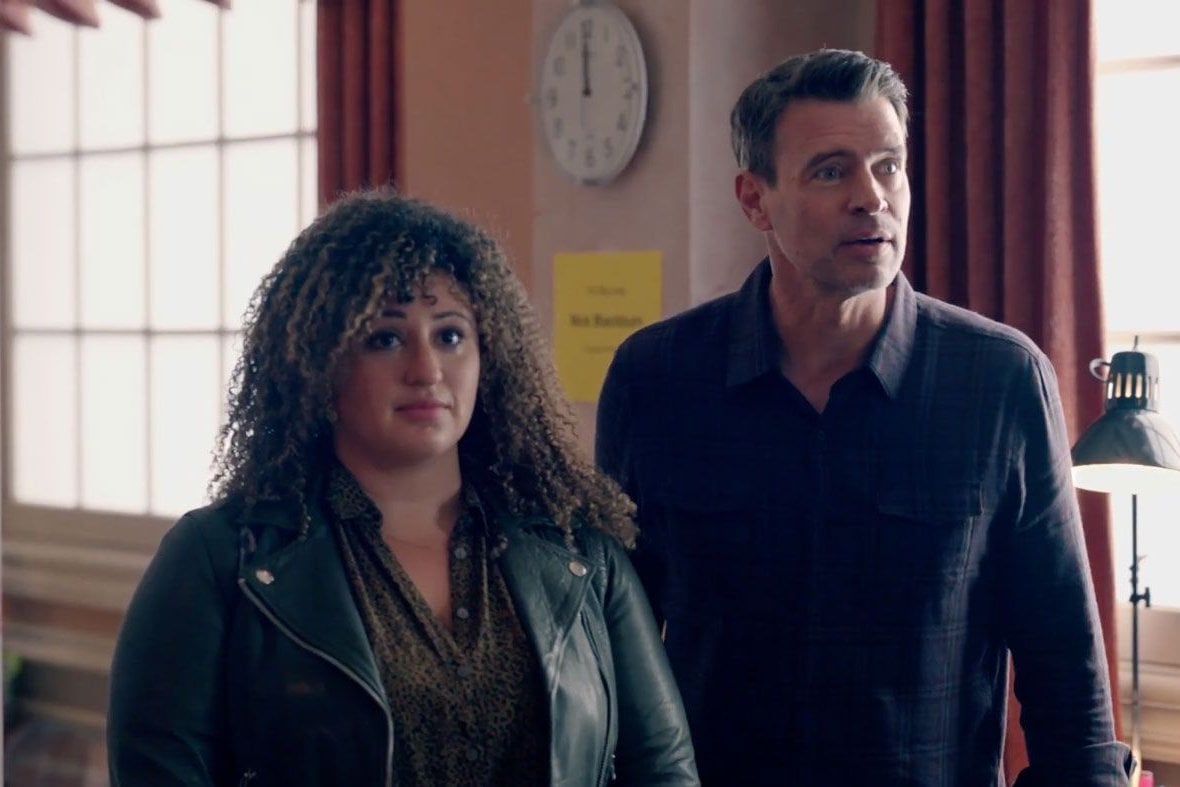 The Big Leap is a cheesy comedy-drama that will definitely make you tear up a bit.

The series follows a group of diverse people down on their luck who apply to be contestants on a new dance reality TV show called The Big Leap.

Once they're accepted onto the show and start rehearsals, the cast must navigate their outside lives with their rising fame, and old heartbreaks with new relationships, as secrets and lies come to the surface.

The series is a little cheesy, but it's so heartwarming, you'll find yourself falling in love with the story and the characters despite yourself.

The first season of The Big Leap is streaming on Disney+ now, with new episodes dropping weekly. 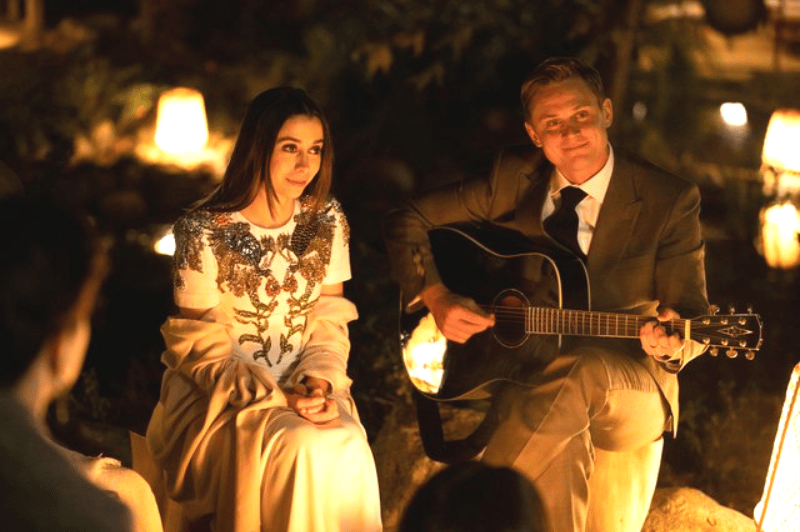 This totally underrated Stan series stars Cristin Milioti (the actual mother from How I Met Your Mother!) as Hazel Green, a woman who is trying to escape from her tech billionaire controlling husband, Byron Gogol (Billy Magnussen), and the "hub" where she's lived for the past decade.

This series is darkly funny and leaves you wanting more.

The entire first season of Made for Love is streaming on Stan now. 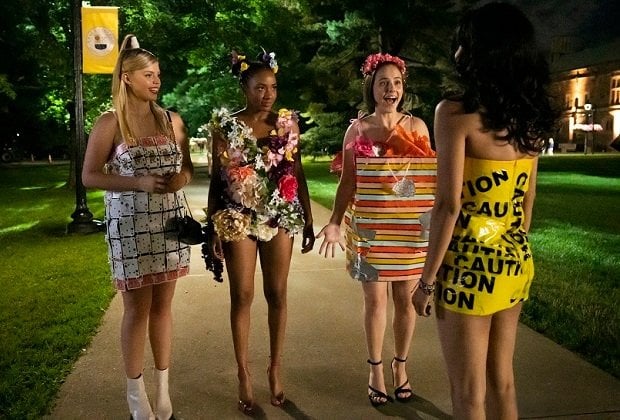 Her latest series, The Sex Lives of College Girls, follows four 18-year-old freshmen roommates at Essex College in Vermont, as they navigate sex, love and friendship.

The cast includes Pauline Chalamet (Timothee's sister!) as Kimberly, who's book smart but socially awkward. Canadian actress Amrit Kaur as Bela, a budding comedian who describes herself as "sex positive" even though she's never had sex. Alyah Chanelle Scott as Whitney, the star player of the soccer team and the only daughter of the most powerful Black senator in the country. And Reneé Rapp as Leighton, an entitled private school girl from the Upper East Side, who is hiding who she really is.

Like all of Kaling's past projects, the series is laugh out loud funny, whip smart, and incredibly self-aware.

The entire first season of The Sex Lives of College Girls is streaming on Binge now. 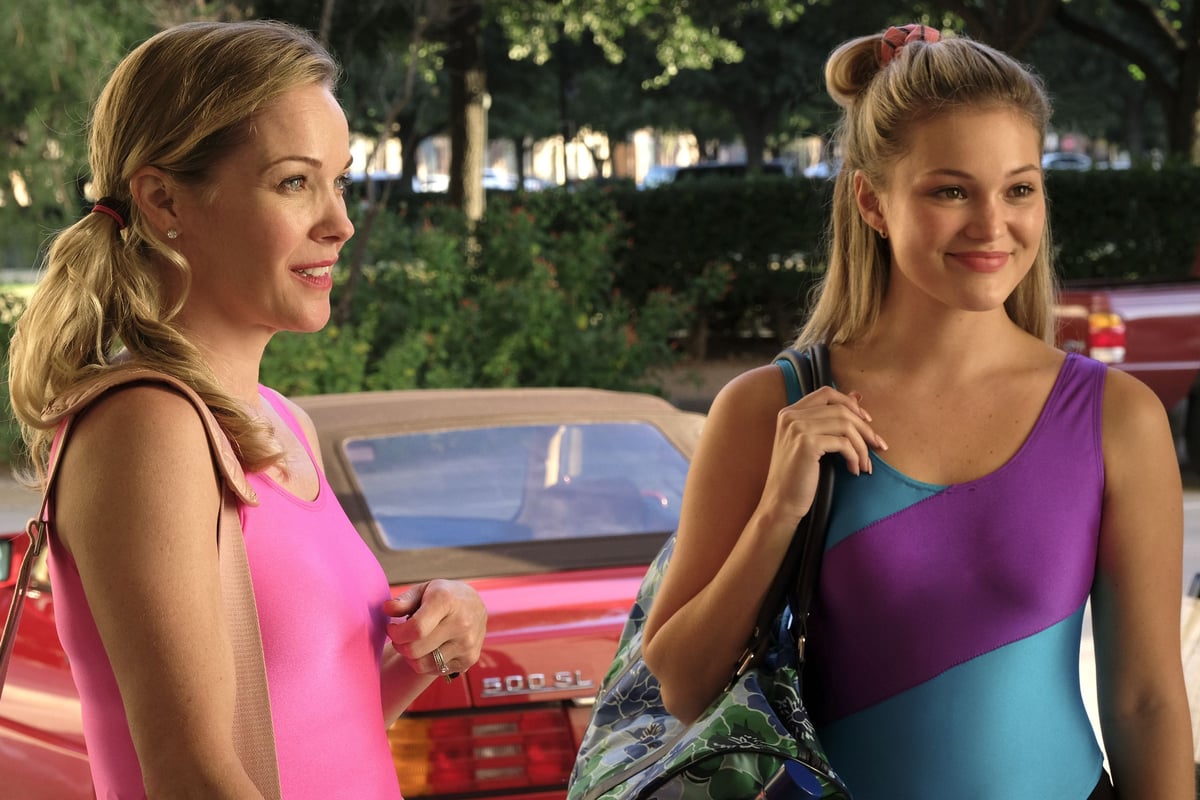 Cruel Summer is a dirty little thriller that will have you hooked from the very first episode.

The entire first season of Cruel Summer is streaming on Amazon Prime Video. 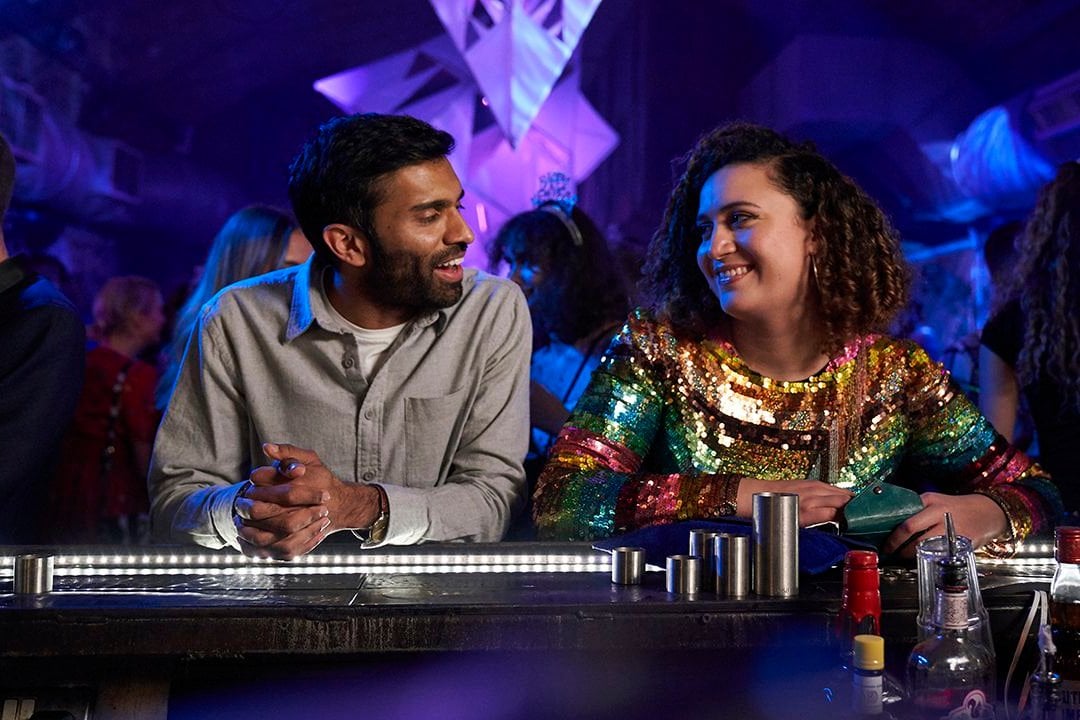 Starstruck is hands down one of the best TV shows of 2021.

The six-part series was created by New Zealand comedian and actor, Rose Matafeo.

After meeting Tom (Nikesh Patel) in the bathroom at the nightclub, Jessie goes home with him. The next morning, she realises she's accidentally slept with a massive film star. Think waking up and realising you've a little bit slept with Liam Hemsworth and said all sorts of things to him.

Each episode of the six-episode first season takes place in a different season - Winter, Spring, Summer, Autumn, Winter, Spring - as Jessie and Tom deal with the aftermath of their one-night stand and attempt to fit into each other's lives.

It's like a funnier, more rogue, millennial Notting Hill.

The entire first season of Starstruck is streaming on ABC iview now. 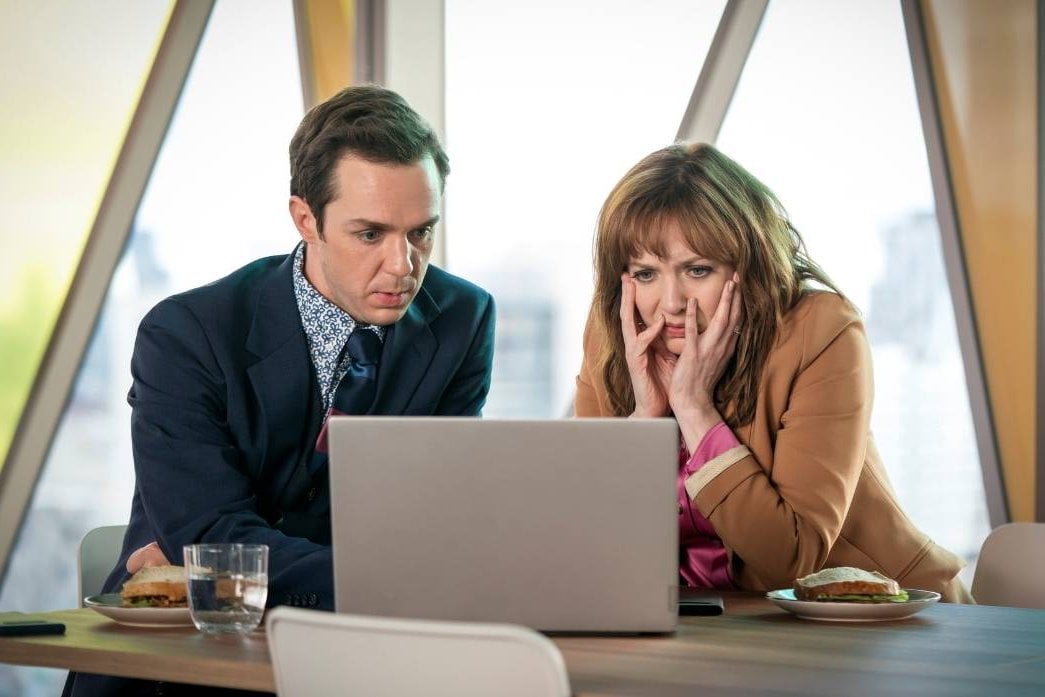 If you're a fan of Sex and the City and Offspring, you need to watch Spreadsheet immediately.

In order to shake up her sex life post-divorce, Katherine and her assistant Alex (Rowan Witt) create a spreadsheet so she has a database of potential lovers.

But instead of the no-strings-attached sexual revolution she was expecting, Katherine soon finds her life becoming more and more chaotic which makes for hilarious viewing.

It's a bloody funny series with a brilliant Australian cast.

All eight episodes of Spreadsheet are streaming on Paramount+ now.