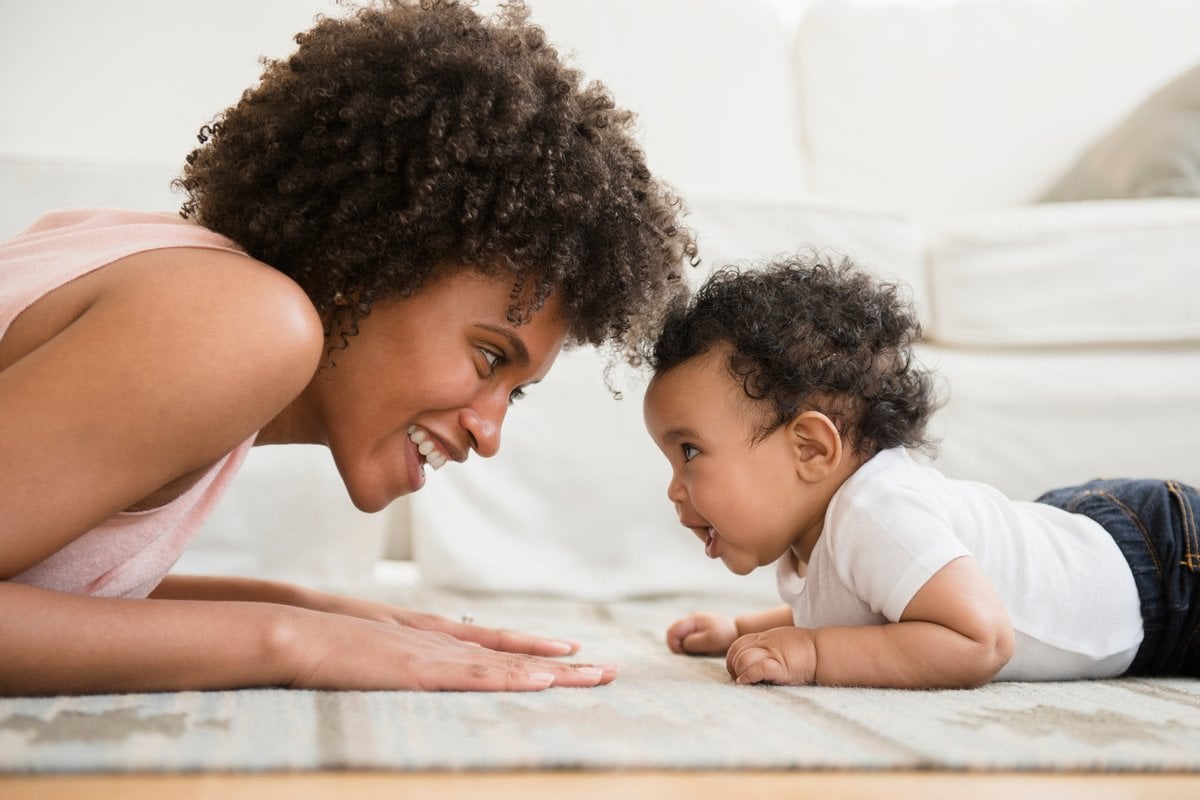 After the year that was, it kinda makes sense that parents-to-be are trying to find inspiration outside of the Netflix shows they binged-watched during isolation.

Watch: Holly Wainwright and Cameron Daddo get report cards from their kids. Post continues below.

In fact, it seems anything that reminds us of coronavirus is officially out. Names like Cora, Cordelia, Cove, Corey, Coralie and Coral - and any names with similar sounds - have taken a steep fall in 2021.

So, what names are officially 'in'?

Well, according to baby name domain Nameberry, there are the top baby name trends you can expect to see in 2021.

This theme will be a real biggie this year, you guys. Apparently the defining names of 2021 all have some kind of magic element to them - think superheroes and villains, good and evil.

Whether it's the whole escapism thing or the connotation of strength, bravery and power during difficult times, superhero names like Adonis and Titan and mythological names like Artemis, Jupiter and Guinevere are trending in 2021.

Biblical names like Messiah, Delilah and Lilith are also in, while religious names like Kali and clear, blunt names like Brave, Noble and Powerful are going to be major.

And it's not just all about the good guys - names like Loki, Lucifer and Mazikeen are going to be popular choices this year, too.

Whether it's inspired by the want to escape a bustling city, or simply because of that vintage feel, another major prediction for baby names in 2021 is a rise in 'cottagecore' names - names that reflect simplicity and nature.

For girls, think ethereal names like Faye, Flora, Opal, Clover and Maisie. Apparently woodsy-themed names like Bear, Silas and Fletcher will be popular for boys, as well as River, Rowan and Wilder.

According to Nameberry, one of the latest crazes for 2021 is unisex names ending in -ari. These gender-neutral names are modern and highly customisable - making them unique and creative.

Listen to Mamamia's daily news podcast, The Quicky, on what it's like raising your child gender neutral. Post continues below.

Think Japanese names like Akari and the Swahili names such as Amari and Khari. Other popular names include Emari, Jahari, Kamari, Camari, Kiari, Sakari and Zamari.

In 2021, ever-inspired names are going to be, um, everywhere.

Names like Everly (Look like Jenna Dewan and Channing Tatum were way ahead of us!) will continue to dominate for girls, while Ever will replace Everett as the trendiest name for boys.

Other popular 'ever'-inspired names will include: Everlynn, Everson, Evers, Everleigh and Everton.

Long 'A' names for girls.

For girls specifically, it looks like parents will also jump on names with a long 'A' vowel.

You can expect for names like Maeve, Hazel, Esme and Vega to be super popular this year, along with others like Ada, Adelaide, Ayla, Layla, Mabel, Phaedra and Reina.

This has been a running theme for celebrity A-listers for years, but in 2021 the trend will be amped up even more with mainstream parents jumping on the bandwagon - specifically bird-related names.

Case in point: Jessica Simpson with her daughter Birdie Mae.

This year, however, it's all about the animal-themed middle name.

Celebrity baby names such as Daisy Dove, Ripley Nightingale and Osian Lark recently landed on the scene last year, and Namesberry said more of the same will follow suit this year.