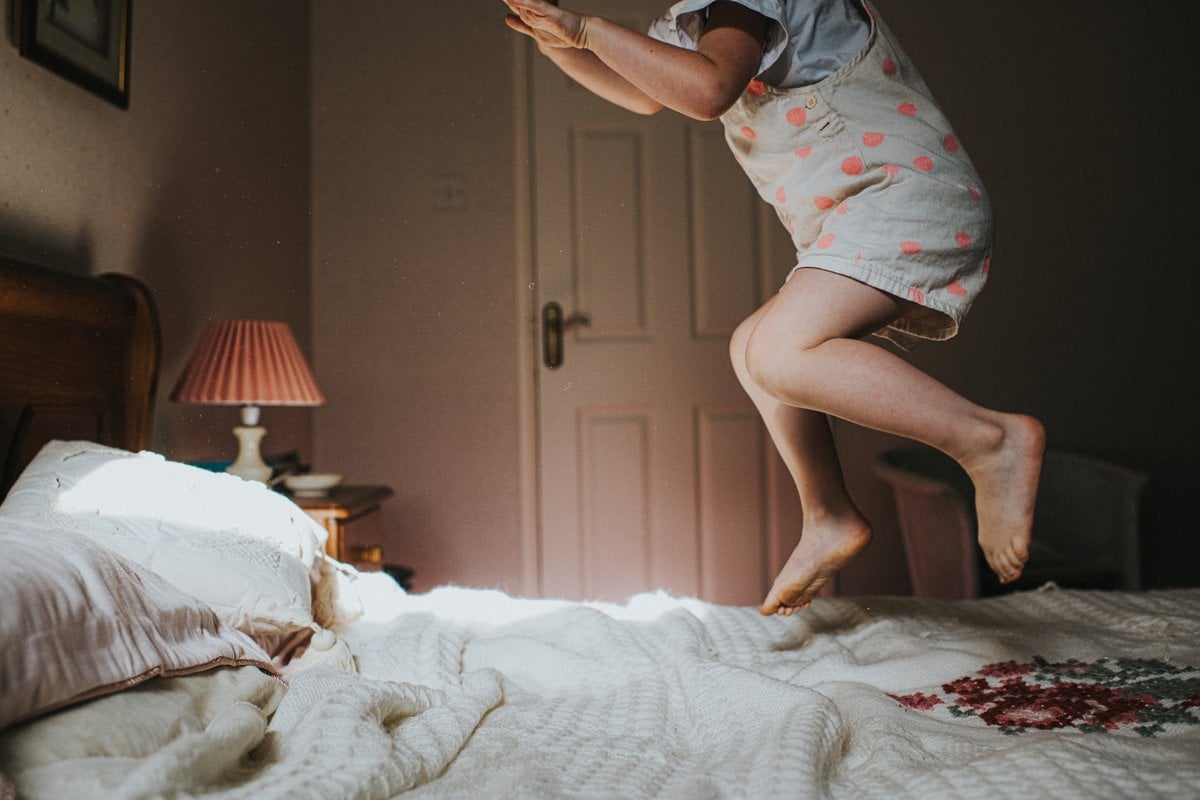 Recently, I went back to work after taking my maternity leave. During my leave, my husband and I did the morning shift together. He’s a realtor so his hours aren’t set. Our eldest wasn’t in school yet. Because none of us were required to be at a certain place at a certain time, we could start the day slowly without a need to rush.

He’d brush our daughter’s teeth while I changed our son’s diaper. He’d make the coffee while I prepared breakfast. He’d feed the kids while I put away the dishes. We had a rhythm, almost like a dance in the morning that created peace, not chaos.

Then I went back to work. Our daughter started school, and the chaos began.

Watch: The two types of parents. Post continues after video.

Although I work from home, I still need to be in my office on time so that I could begin my day, connect with colleagues, attend meetings, respond to urgent emails, and so forth.

My day started earlier so that meant my husband needed to step up. We agreed that he would get the kids ready and do the drop-offs so that my time would be completely focused on work.

The plan was that I’d get myself ready for work, make coffee, prepare breakfast, and pack our daughter’s lunch before heading downstairs.

Everything else was up to him.

I wanted to physically be away from them so that I wouldn’t feel the need to do more than we agreed upon. I’d rather not know what was going on. I didn’t want to watch. You know, ignorance is bliss.

However, during the first week of our new routine, there were so many moments I wanted to run upstairs and take over for my husband. It was like hearing a car screeching to a halt every few minutes as it barely avoids collision, and wondering when the brakes will stop working and it finally hits something.

On the third day, I swear my anxiety was going to consume me whole.

I’m in the middle of typing up an email when I could hear him and the kids running around upstairs.

He shouts, "Let’s play a game. I’ll chase you guys around the living room and whoever gets caught will have to smell my stinky feet."

Then I hear the pitter-patter of little feet, a burst of screaming and laughter while he does his monster voice, "Stinky feet! Stinky feet!"

I look at the clock. He has five minutes left before he has to leave. My thoughts race between whether I should or should not say something.

"He knows what he’s doing. He did this for two days already. He probably has the kids all dressed and ready to go. They’re just playing a last-minute game. And when it’s time, he’ll take them and leave right away. He’s got this!"

But what if he doesn’t?

"Maybe he doesn’t know what time it is? Maybe he’s lost track of time? Or maybe he forgot what time he’s supposed to be there? I need to say something to him. He’s not going to make it if I don’t. Our daughter is going to be late for school on her third day. I can’t let him do that to her."

But that’s on him.

"Maybe if I don’t say anything, he’ll learn from this. Like he’ll feel so bad that he’ll never be late again. He’ll be so prepared every time that I will not need to worry about this ever again. I can work in peace knowing he’s learned his lesson and won’t repeat his mistake."

Listen to This Glorious Mess, a twice-weekly look at parenting as it truly is: confusing, exhausting, inspiring, funny, and full of surprises. Post continues after audio.

I want to pull my hair out. I can’t take it. My daughter is not going to be late on her third day of school if I can do something about it.

So I shout, "Are you guys leaving yet?"

He yells, "We still have time. We don’t have to get there until 9am."

His face completely changes as though he’s seen a ghost. Then it takes him a moment to process what I just told him, "Oh right! I don’t know why I thought it was at 9am. I mixed up when to leave and when we had to be there."

Then he starts to panic. He immediately gets the kids dressed, herding them like a deranged shepherd. I take a deep breath, suppressing my urge to nag and berate him. I head back downstairs. I can hear the door slam as I reach the bottom step.

Twenty minutes later, he’s back. I go upstairs to refill my coffee. He’s mumbling to himself. I could sense he’s embarrassed. He looks at me, "I still don’t know why I thought we could leave at 9am. I don’t know what came over me."

I don’t say anything but I’m gloating inside. It’s been a month, and he hasn’t been a minute late since.

﻿Katharine Chan, MSc, BSc, PMP is an author, wife and mum of two. She writes stories to empower individuals to talk about their feelings despite growing up in a culture that hid them. You can find more from Katharine on her website or podcast, or you can follow her on Instagram, Facebook, Twitter or YouTube.

Reply
Upvote
7 upvotes
Let’s start with the headline, “I let my husband…”.  That’s where the issue is.  If you actually co-parenting you should have not have to let him do it, you are not his manager or gatekeeper of the child/children.  My husband was a stay at home dad to 4 kids under 4.  I would say that 80% of the way he ran things would be different to the way that I did them.  However, my choice was either to micromanage and critique him because he’s was not me or alternatively, let him run the whole rock show just like we agreed and focus on my day job.  The amount of times that he was at shops etc and got the, ‘so you have the kids for the day’ was a real eye opener as was the office comments about who was looking after all my kids.  When I would say that it was their father - full time, there would be dead silence.  We need to start to give men a chance to be hands on fathers without waiting to pounce on every misstep and sweep into save a day that does not need saving.
C
cat 2 months ago