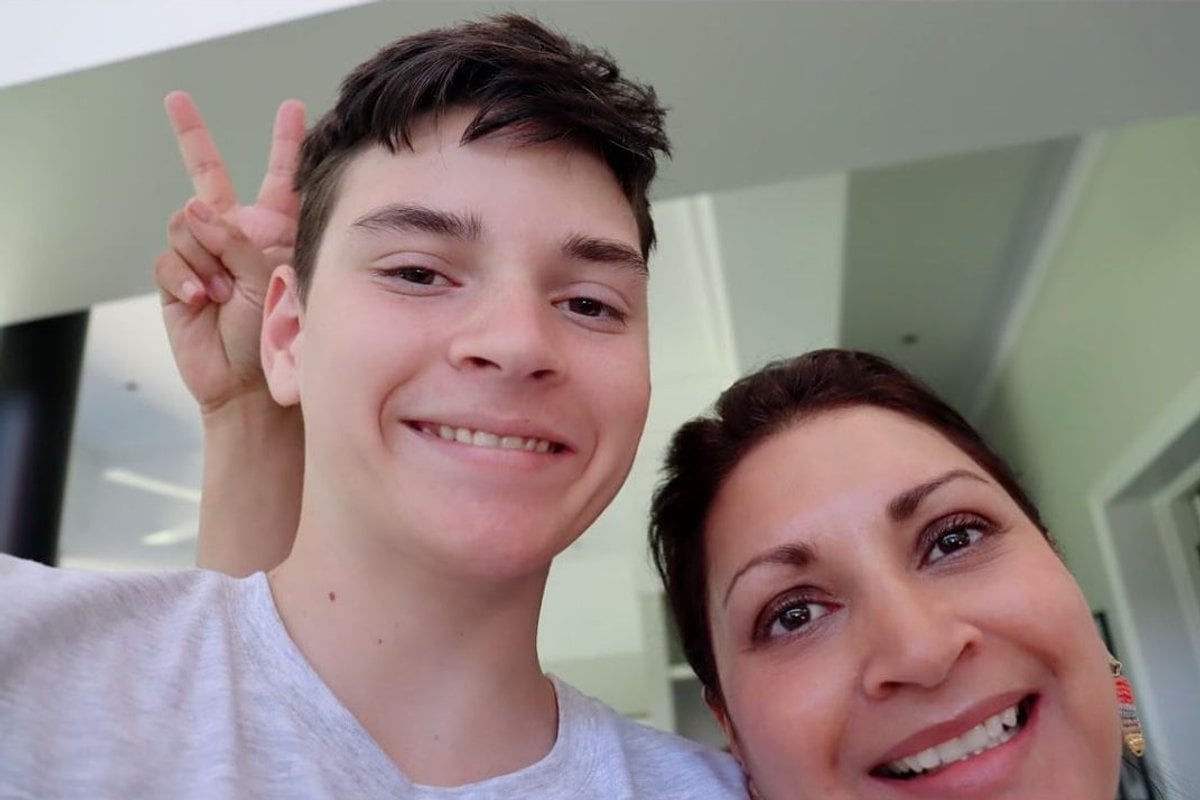 One of the best parts of parenting a teen in 2021 is all the links about crap they constantly send you – said no parent ever.

Even when he’s in class, my 13-year-old Winston manages to send me sh*t I really don’t want to see at that moment. If I am forced to watch another video of a speeding Mustang, I’ll scream.

Of course, how cool is it that when he sees something funny or interesting he sends it to me. I love it. I want him to do it forever. So I do watch everything he sends me – to see what he enjoys – and as part of our relationship.

But more importantly, I learnt early on that I need to see what he’s learning.

When Winston first started doing this he was a couple of years younger and his mind was ripe for influencing. So, I could point out that although he was impressed by how many clicks and followers an influencer had, if it was achieved by a base prank on someone, was it worth it?

And I’ve always warned Winston about hero worship of the big influencers like David Dobrik - who has 18 million subscribers on YouTube and is famous for giving away luxury cars - and is now entangled in sexual assault allegations against his team.

That’s an example of how the stakes are higher now - the content is more serious and can truly influence a young mind. So, I’m paying even closer attention and using clips as opportunities to open or continue conversations, so Winston doesn’t turn out to be socially unaware... AKA, a dickhead.

Here are some examples of links he’s sent and the conversations we’ve had after.

This is a big one on social media as we all know. Winston tells me that people are usually good these days at calling this stuff out, but bullying about body shape still happens.

Last year, he sent me this clip to ask me if it was true -

Firstly, I love that I’ve trained him to verify things with me. That’s one of the biggest battles for parents on social media – there is so much fake news out there, even without Trump posting about it.

I had to tell Winston that while yes, many of us have the same skeletal structure, there are a billion reasons why someone may be obese. It can start in childhood with habits, or be caused by trauma, medical issues (medicines and injuries), and even socio-economic factors.

It is very unfair to judge someone’s body shape based on appearance.

Winston is one woke kid. Having a WOC mother, he’s acutely aware of race-based injustices and it’s one of our main topics of conversation when we discuss current affairs.

The trial of Derek Chauvin for his alleged murder of George Floyd is one of them.

Winston sent me this clip about the jury selection this week:

As a former lawyer, I jumped at the chance to explain why such a racially-charged case would have trouble finding unbiased jurors, especially considering so much prejudicial media coverage.

He was fascinated – because the most he’s ever known about juries is from the end of Legally Blonde. Ok that’s not exactly true – he saw one in action on The People vs OJ Simpson.

Here’s another example of a link I’ve milked for a parenting angle.

Previously being fans of Chris Lilley, last year Winston sent me this clip of Jonah from Summer Heights High:

I’m so proud that my kid gets why the character of Jonah was cancelled last year – Lilley himself is not Tongan and is wearing blackface. But Winston wanted to know why such a clip would still be on YouTube.

There were two things to talk about – who uploaded it and why YouTube didn’t monitor its content better. This is a classic case of the need for accountability.

Shaggy’s ‘cheeky’ 90s hit 'Wasn’t Me', about a cheating man getting advice from a mate about gaslighting his girlfriend when he was busted, was entertaining at the time, but in many ways, feels problematic in this era.

So it was a surprising choice when Cheetos selected the song for a Superbowl ad - especially considering it featured the singer himself.

Again, tongue in cheek, but an entire generation have no idea it was an original song with a disrespectful message, so I decided to educate my son about the original meaning.

He was revolted – which was the correct response.

The clip was a great example of how times have changed.

Comedy or ‘comedy’ – there’s a difference.

When Winston sent me this clip – a response to Oprah's interview with Meghan Markle and Prince Harry, we had a good chuckle. It was also a chance for me to note how relevant Mean Girls has remained over the years (joking!).

I took the chance to explain why what Meghan Markle was saying was such a big deal.

The Windsors imploding is not like me bickering with my sister – with the potential to bring down the British monarchy based on very serious allegations, this was a big deal.

Not to mention the fact that it was being done by a bi-racial woman who had been a member of a Commonwealth nation.

I told Winston the truth. The British royal family enjoy their positions of privilege and their status. They don’t want to see a dethroning or an end to the dynasty. And Kate most certainly doesn’t want to be outed as a future queen who caused a fuss about stockings.

That’s why it’s *probably* true that Meghan’s name is in the ‘burn book’ right now.