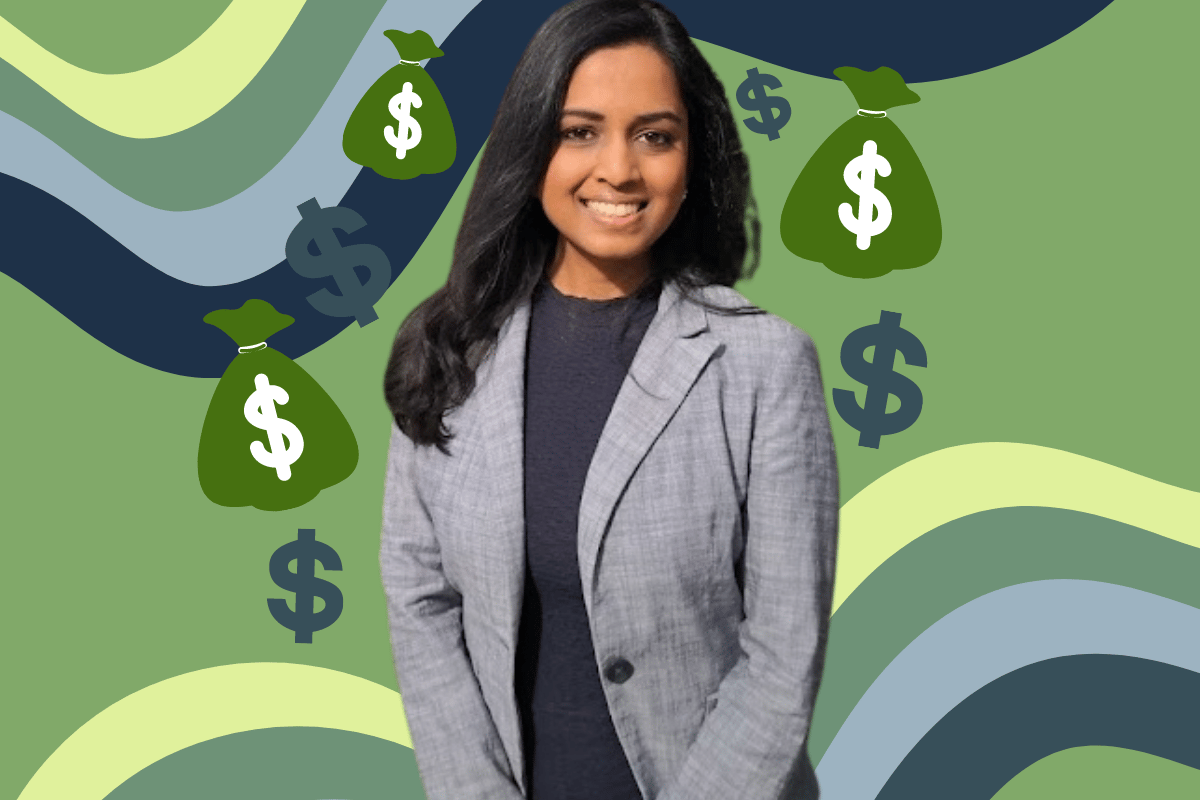 I never got Christmas presents growing up. Except for one year…

See, my parents immigrated to Australia from India over two decades ago. So, I grew up celebrating Diwali at home, and learning about Santa Claus at school.

But one Christmas, I woke up with a pouch of shiny marbles tucked next to my pillow with a note from ‘Santa Claus’ in mum’s handwriting. I think she confused the Tooth Fairy and Santa Claus.

Watch 5 money lessons your parents told you, that you should probably forget... Post continues after video.

It meant the world to me. Not just because it was so far from her world of Hindu festivals, but because I also knew that everything felt so expensive to her.

Today, $1 Australian is about 50 Indian rupees. It costs about $4 to buy a cup of tea in Australia, but in India you can get it for less than $1.

My parents felt pained at the price of everything. This is a pain many immigrants know well.

I know this because a few years ago, I started a financial education platform to help people get on top of their finances. Hundreds of people have completed our Mastering Money program with amazing results, including countless first and second-generation Australians.

Many of them have gone on to save thousands (sometimes tens of thousands) of dollars in months, start investing, and make massive strides in their financial journey.

Now, achieving this can be hard regardless of your background. But I have noticed that those from an immigrant background may face a unique set of challenges on their financial journey.

Here are three challenges I often see first and second-generation Australians facing, which can hold them back financially.

1. They may have a big fear of financial risk and investing.

“We came here with nothing.”

The classic migration story goes like this: you arrive in a new country with almost no money, no job, and no connections. You take the ultimate risk: leaving everything behind, and starting over.

So, for most immigrants, the priority becomes: obtaining security. The tried-and-tested way of doing; that is, getting a ‘good, stable’ job, and saving as much as you can.

Every dollar is precious. You have to work so hard to earn it, and it’s worth five times your currency back home. Plus, you have no ‘safety net’. You have to be careful. You can’t afford to stuff it up. This is often why many immigrants feel scared of investing. The idea of exposing your hard-earned money to ‘risk’ or potentially ‘losing’ your money can feel terrifying.

So, while many first-generation Australians build their new life on top of a strong work ethic and frugality, they may be missing out on the opportunity to grow their wealth through investing.

Over a period of time, this ‘lost opportunity’ can cost them hundreds of thousands of dollars. So, if investing seems scary, remember that moving to a new country seemed scary once too. With a bit of work and practice, you can learn to invest. Your financial future will thank you for it.

2. They often experience a lot of ‘spending anxiety’.

You came here with nothing, and then you hustled. You took any job you could, you did jobs you never thought you’d have to do, you got new qualifications… Meanwhile, everything was five times more expensive than it was back home. It hurt to spend money, especially given how hard it was to earn in the first place.

So, you saved wherever you could. You became the master of frugality.

This might sound like a good thing, but the problem is that many immigrants get ‘stuck’ in this ‘survival mode’ long after their circumstances have improved.

This can be a sign of financial trauma. Those early years of struggle and financial insecurity can be so traumatic that the idea of spending money can bring up a lot of anxiety and guilt. It might seem like there’s nothing wrong with this. After all, isn’t saving a good thing?

Think about it like food: eating ‘too much’ is unhealthy, but eating ‘too little’ isn’t healthy either. Likewise, the aim shouldn’t be to save as much as humanly possible (surprising, I know) but rather to cultivate a healthy and balanced relationship with money.

Constantly living in a state of ‘financial starvation’ can get exhausting and negatively impact your overall wellbeing in the long-term.

You can afford to live a little. You deserve it.

Listen to Mamamia's money podcast, What The Finance. Post continues after audio.

You’re here in a new country and you know absolutely no one. So, who do you trust?

Entering a completely new financial system without guidance can be daunting. You don’t understand the jargon, and you might be scared of being ‘ripped off’ or ‘scammed’.

At the same time, family and friends back home may not be familiar with the local financial system or may not even be financially informed themselves.

Not knowing who to turn to with questions can be a big challenge for immigrants. As a result, they often miss out on massive opportunities because they may not fully understand things like superannuation, or how to start investing, or the local tax laws.

Instead of pushing it under the rug, the best strategy is to take every opportunity you can to educate yourself as much as possible about your finances.

Being financially educated will help you maximise your opportunities, and also help you feel more confident in discussing your options with professionals. Your ticket to financial security is not just through your job, it’s through your financial education.

Paridhi Jain is the founder of SkilledSmart, a financial education platform helping adults learn to save and invest their money. For more money tips, you can grab a free e-book on “5 Money Mistakes Costing You Thousands” via their website, and follow them on Instagram.