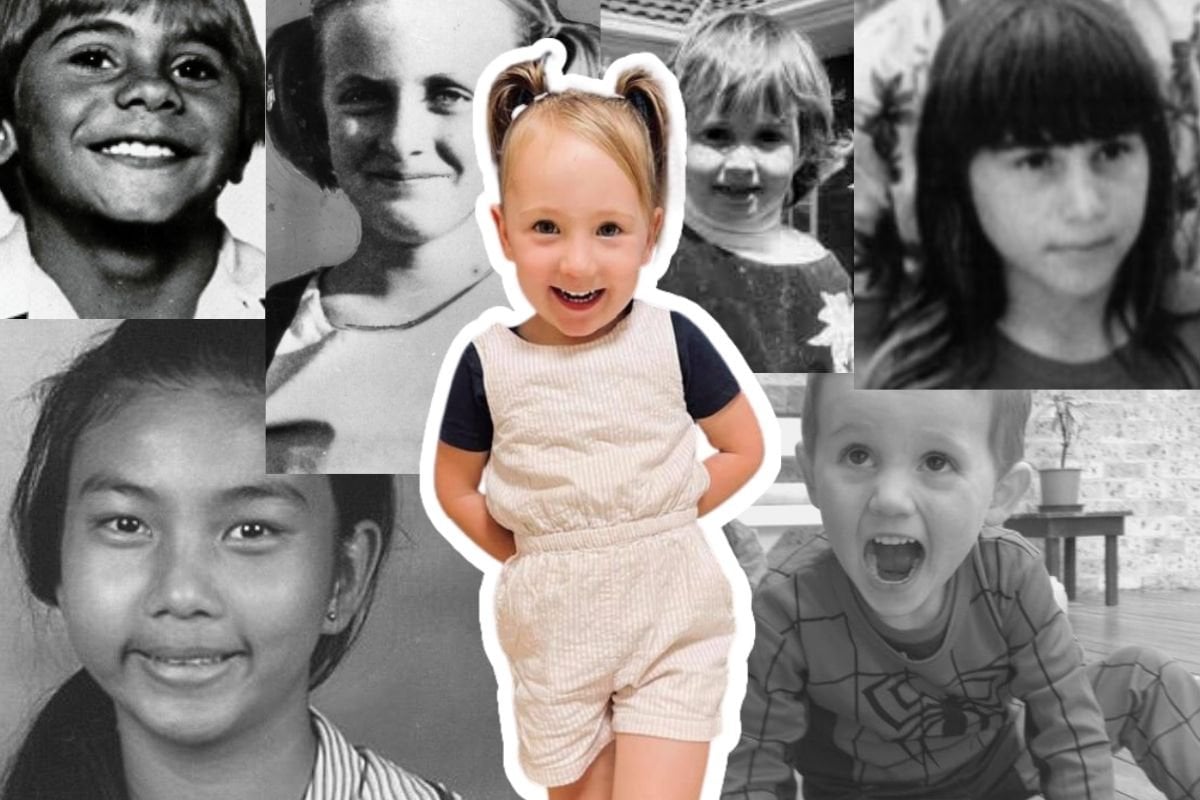 On Wednesday morning we woke up to incredible news.

Four-year-old Cleo Smith found alive and well after allegedly being snatched from her family's tent more than two weeks ago.

She was rescued from the locked bedroom of a WA home at 1am this morning.

She peered up from a police officer's arm as she was scooped up to safety.

We don't yet know what happened to Cleo in that house. What she endured will no doubt come to light in coming days and weeks as police interrogate the man they found with her.

BREAKING: WA police officers "broke their way into a locked house" at 1am this morning and found four-year-old Cleo Smith in one of the rooms.
A man from Carnarvon is in custody and is currently being questioned by detectives. https://t.co/OnjsXhPCM4 pic.twitter.com/x3oNklLqvv

She's back with her family.

Australians across the country who have been watching the blanket coverage of the little girl's alleged abduction over the past 17 days have no doubt breathed a collective sigh of relief. I know I have.

But as little Cleo is reunited with her family, we're also thinking about the parents who are still missing their children. The news will have been bittersweet for the parents who never got to tuck their kids back into their beds.

Some weren't even afforded the closure of being told what happened to their children, leaving them to agonise for years and decades to come. With no body, no answers and no clue as to whether their children are alive or dead.

Data from 2016 tells us there are more than 2000 long-term missing persons in Australia at present, with around 150 of those being people aged 18 or under.

In 1973, Joanne Ratcliffe, 11, and Kirste Gordon, 4, disappeared from Adelaide Oval in South Australia. A 1979 coronial inquiry concluded they'd been abducted. But more than four decades later, the person responsible has gone unpunished, and a $1 million reward still stands for information leading to a conviction. 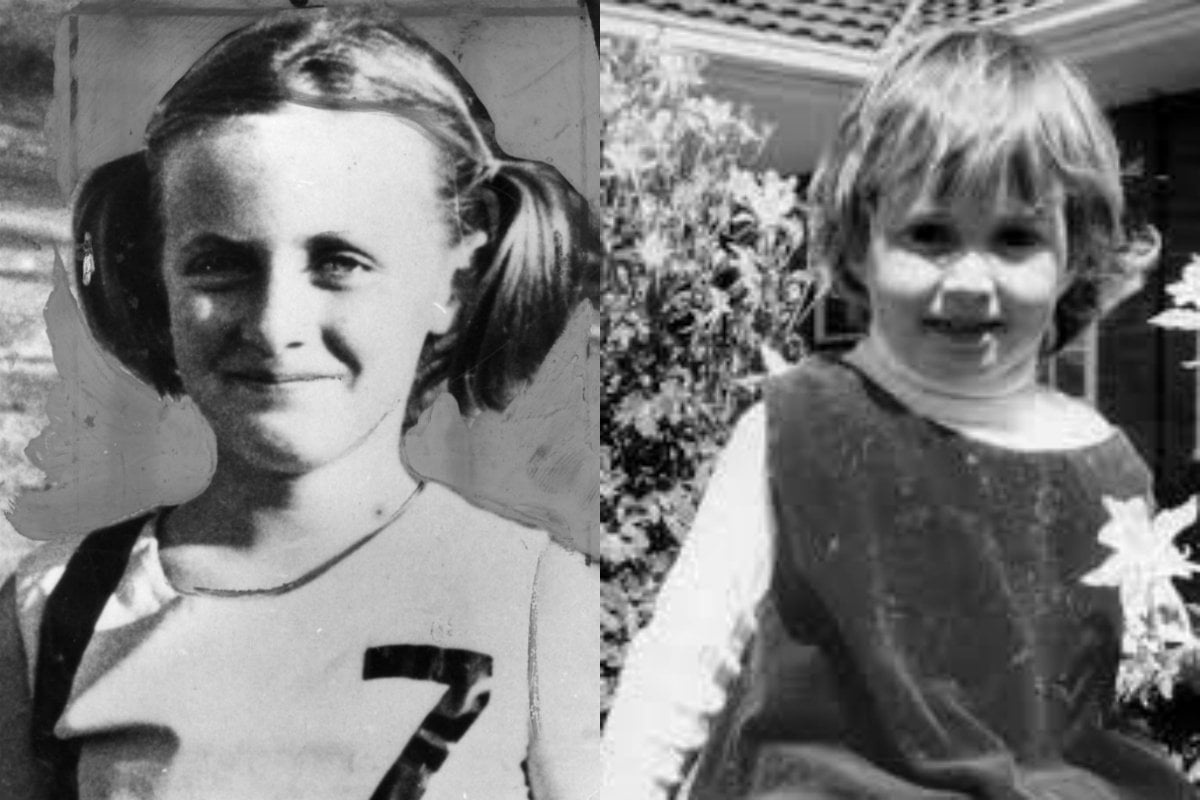 Ten-year-old Bradford Pholi left his family home in Dundas, NSW, intending to get on a train to Newtown to see his aunt on Boxing Day in 1982. A $100,000 reward was offered in 2009, with his siblings holding onto hope even three decades later that someone might know something.

Helen Karipidis, 10, was playing with friends in a Marrickville, NSW, playground in 1988. It took hours for her dad to notice she wasn't with the group. An inquest in 2012 ruled that Helen was likely abducted and killed, but no one has been charged in connection with her death. 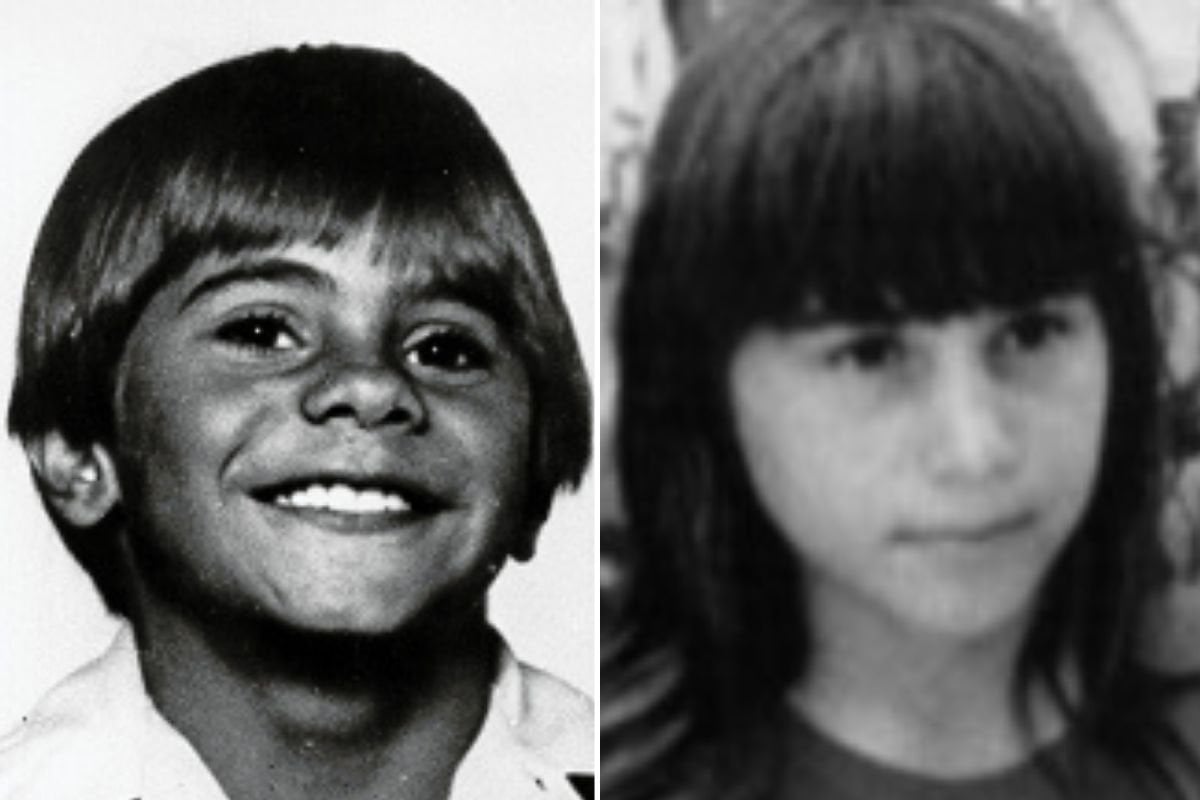 Thirteen-year-old Bung Siriboon never made it to school on June 2, 2011. She'd left her Melbourne home at 8.30am for the 10-minute walk and hasn't been seen since. This year marks 10 years since she disappeared and police in June made a fresh appeal for information. The case continues to baffle Victoria Police.

Every Australian know the case of William Tyrell. The three-year-old vanished from his foster grandmother's house in Kendall, NSW, in 2014 wearing a Spiderman costume. His story still pops into the headlines every few months as police chase leads seven years later. 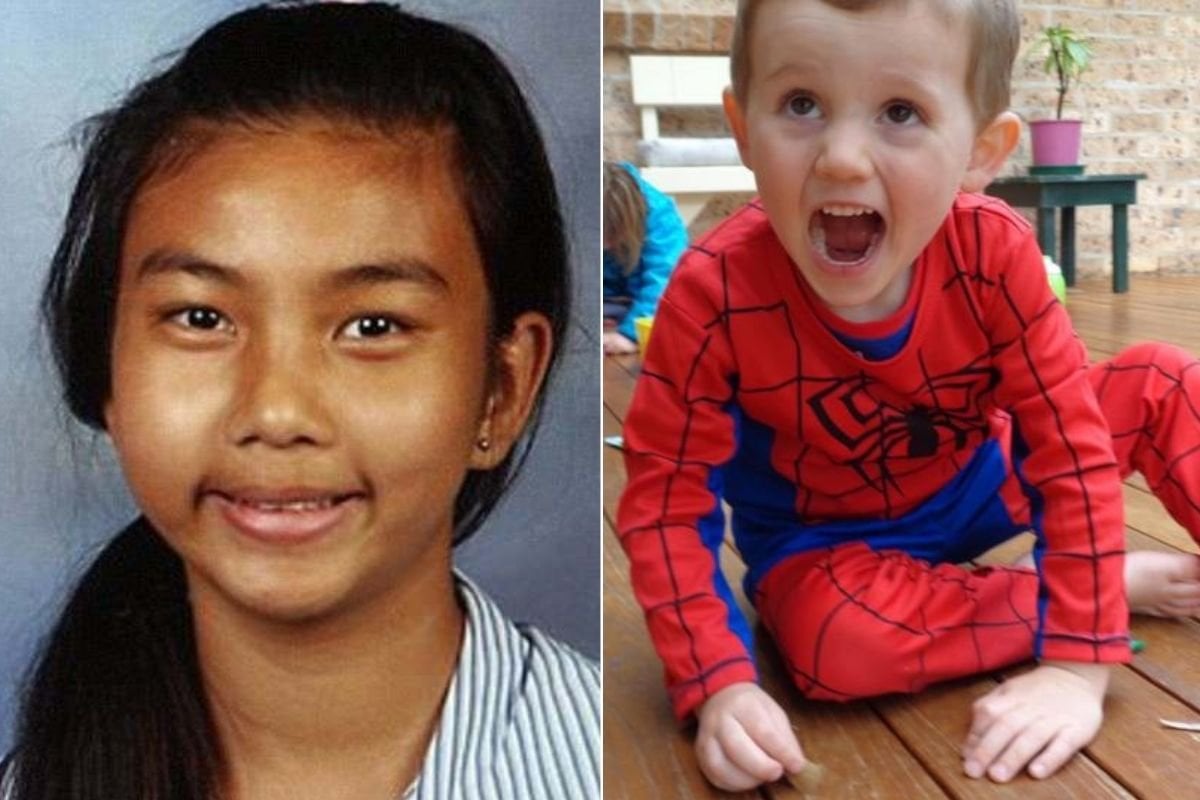 Bung Siriboon never made it to school on June 2, 2011. William Tyrell vanished in 2014. Image: Vic Police/Facebook.

A 14-year-old Aboriginal boy was last seen in Balgo, Western Australia, on December 3, 2020. Planes, drones and motion cameras have all failed to find any sign of him.

Then there are families who have been forced to face the unimaginable.

The Morcombes' fall into that horrible category.

Thirteen-year-old Daniel Morcombe's murderer is currently serving a life sentence for his death.

The Queenslander was abducted from a bus stop in 2003, sparking the biggest manhunt the state had ever seen. His family waited eight long years for answers, and 11 years for justice. 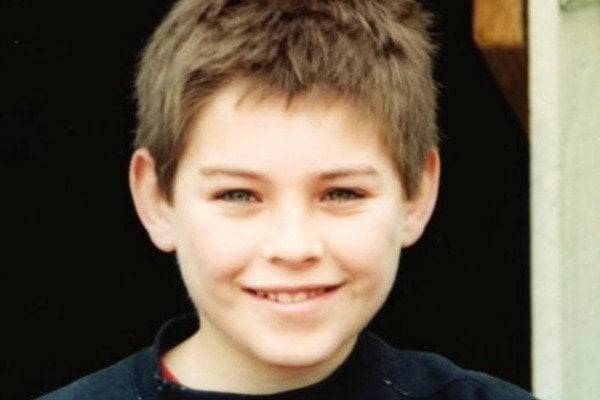 Denise and Bruce Morcombe describe having two lives; the one before Daniel vanished, and the one that came after. This would undoubtedly be the case for every parent of a missing kid.

Every Christmas, every birthday, every milestone that follows hurts immeasurably. How could it not?

As for the families still waiting; Joanne Ratcliffe's sister told the Australian Federal Police in 2016, her mum still left the front porch light on, just in case Joanne ever found her way home.

"Forty-three years later, we still leave a light on in memory of her," shared Suzie Ratcliffe.

This morning Cleo woke up in hospital surrounded by her family and loved ones.

"Our family is whole again," her mum Ellie wrote on Instagram.

To the families still searching – know we're holding space for you too.

Reply
Upvote
what a fab story ..
P
pollyanna 7 months ago

Reply
Upvote
It is nothing short of a miracle that little Cleo Smith has been found, alive, seemingly without physical injuries, but goodness knows the depth of her trauma. The childhood PTSD that will impact her, which will change over the years when she becomes an adult, as small triggers can set off a memory that she will have buried or thought she had dealt with, only to discover that as an adult, adult PTSD is different to in her childhood. Her disappearance triggered off my abusive upbringing, which didn’t involve abduction, as it was parental abuse of all kinds. It also made me think about kids who went missing when I was a child. The Beaumont Children - 3 siblings on their way to the beach. Eloise Wooldridge, who was taken from her bedroom, through the window, age 8, she would be 60 now if she was alive. There are many teenagers who seemingly leave home due to conflict or abuse, & sadly, there whereabouts is rarely known again, with their friends and siblings ne’er knowing if they are alive or fell into the trap of an evil person. Hopefully, we will receive news one day that William Tyrell is found and is alive, 7+ years later. Indigenous children who are abducted or go missing, sadly rarely get the same media coverage, making it harder to find them and bring them home safely. Thank God Cleo is one of the blessed ones.
News
General
Opinion
True Crime
Politics
Sport
Explainer
Entertainment
Celebrity
Reality TV
Movies
TV
Books
Rogue
Royal
Lifestyle
Beauty
Fashion
Weddings
Home
Wellness
Health
Fitness
Travel
Food
Parents
Before The Bump
Pregnancy
Baby
Kids
Teens
School
Parent Opinion
Work & Money
Money
Finance
Career
Lady Startup
Relationships
Sex
Dating
Separation
Friendship
Family
Real Life
Couples