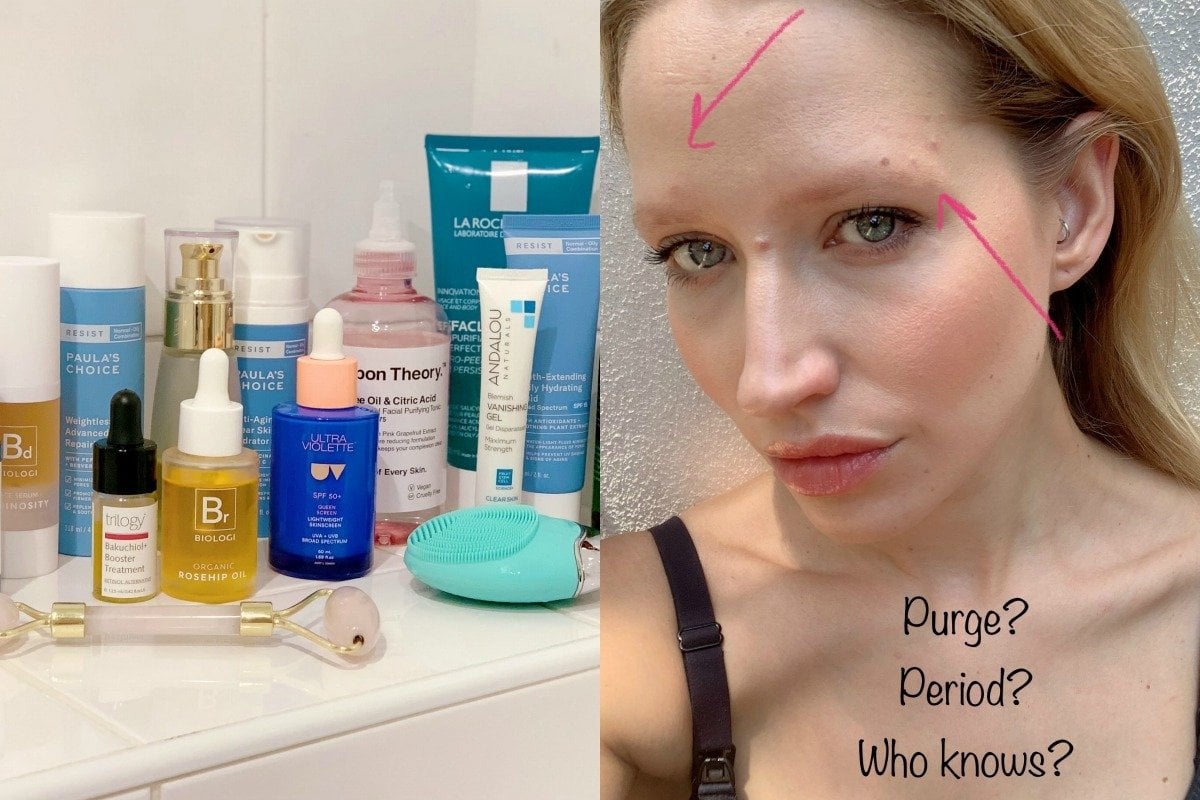 I know a good beauty #shelfie is all the rage right now, but have you ever taken a look at all your products and wondered how the hell you got here?

This… all this… is legit what I put on my face every single day. 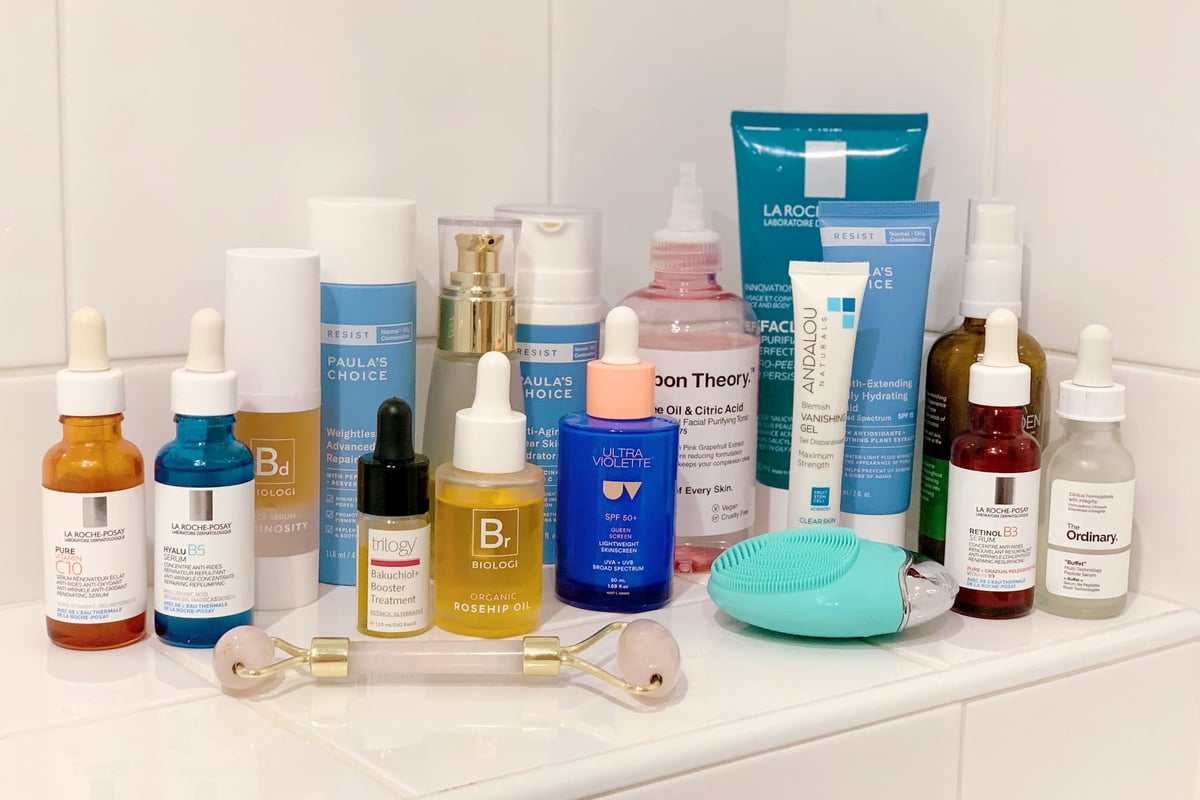 I used to be the sort of girl who deliberately slept in her makeup to see if I could swing it again the next day. When I eventually cleansed my face, I did so using the same cheap body wash that I’d used to wash my butt. Makeup removal consisted of a packet of wipes on my bedside table and GET THIS...

I thought that because I had oily skin I simply didn’t need to. Hahahahahahaha!

Ohh, the stupidity of youth... 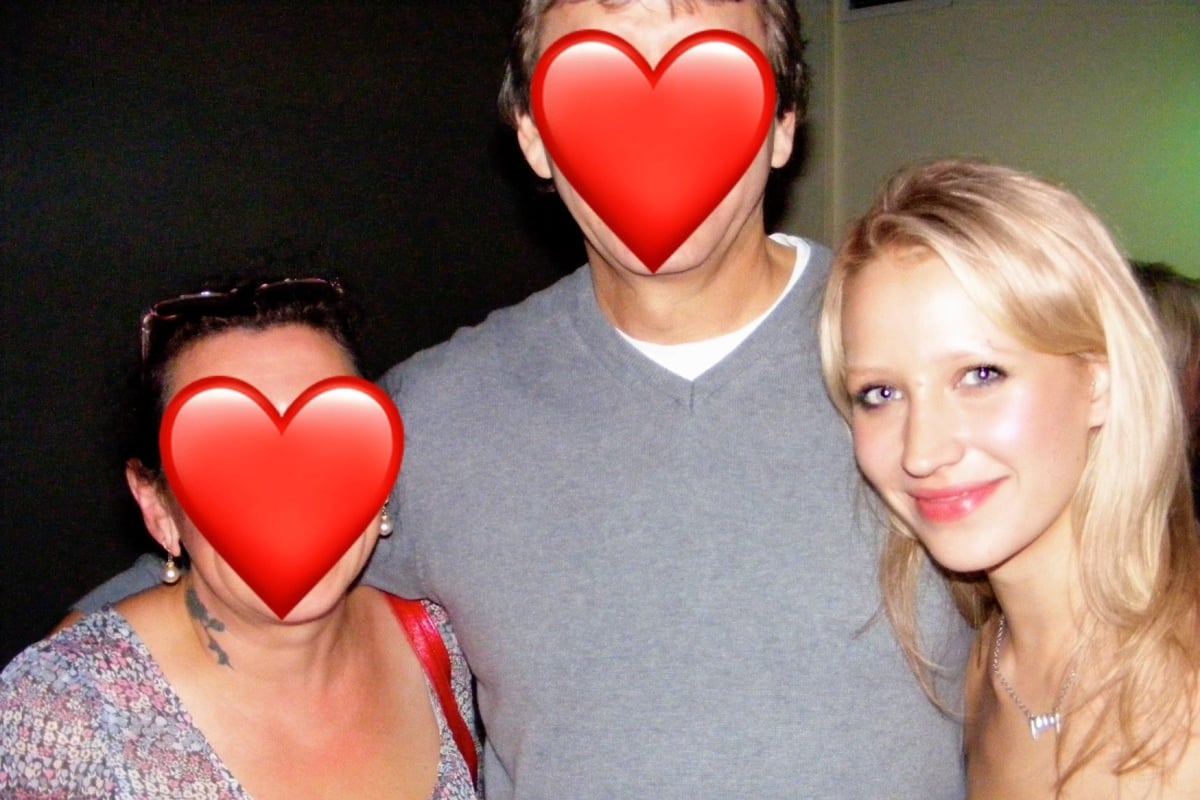 But look at that girl. You can’t tell she hasn’t put a decent soap to herself in years, or that when on holiday she used olive oil instead of SPF. She’s an idiot, but damn. She got good skin. Spoiler alert! Because she’s twenty.

These days, there’s a bit more admin involved in scrubbing up. I’m in my thirties and a single mum to twins. Just getting them snacks is a full-time job. I drink coffee and booze more than water and I’m tired. My face is tired.

I often wonder what became of that girl, though. How does one go from using the same product for face and fanny to a 16 step, $600+ regimen? That clusterf**k of potions up there - that all happens before I’ve even thought about my hair or makeup.

Up until one of my kids flushed it down the loo, it also used to include eye cream! Like who do I think I am? A millionaire? Someone with the luxury of spare time?

Now that summer's arrived, here's exactly how to protect your skin from the sun. Post continues below.

The changes were subtle... gradual. I don’t remember one day deciding to be this much maintenance. It just quietly happened and now I’m the owner of about seven billion serums.

One theory I have is that once you become a parent, society lures you into a trap where you end up believing that a shower - you know, basic human hygiene and sanitation - is akin to ‘self care’. There are many things about being a woman, and a mother, that are frankly BS, but this one is a joke. We’ve been fooled into thinking something as simple as washing our bits, and the ultimate luxury - getting to do it alone - is some sort of fancy, special treat.

So we invest in a lotion here, a cleanser there, anything to make what’s really nothing more than a necessity feel like the spa experience it’s been sold as. Because let’s be honest, the closest we ever get to a facial these days is when the steam from the dishwasher hits us in the face.

I also blame the media. Yep, I see the irony in utilising media to decry it. But everywhere I look I see more unrealistic beauty standards for women. Even though I know better than to fall for the smoke and mirrors of Instagram - its filters, editing apps, flattering light, angles… sometimes even I go out and buy a product in the palpable hope it might just be the miracle in a bottle that helps me age as well as all my friends who’ve had Botox.

This, combined with my unwavering love of Mecca and Sephora, created the perfect storm. It whipped me up, spun me around, and spat me back out like Dorothy’s house in the Wizard of Oz... If Dorothy’s house was filled with moisturiser.

I’ve accepted that I’m never going to look not tired, but that aside, I’m mostly blemish free, and not completely terrified at the thought of being seen without makeup.

I still wonder though… Are there too many cooks in this kitchen? Could similar levels of skin-satisfaction be achieved using substantially less products?

To answer these questions I decided to embark on a month of “skeleton skincare” and pledged to reduce the number of steps in my routine to no more than three.

After a lot of internal struggle, plucking items out, putting them back, contemplating quitting before I’d even begun and more than a few stern words with myself, I settled on these: 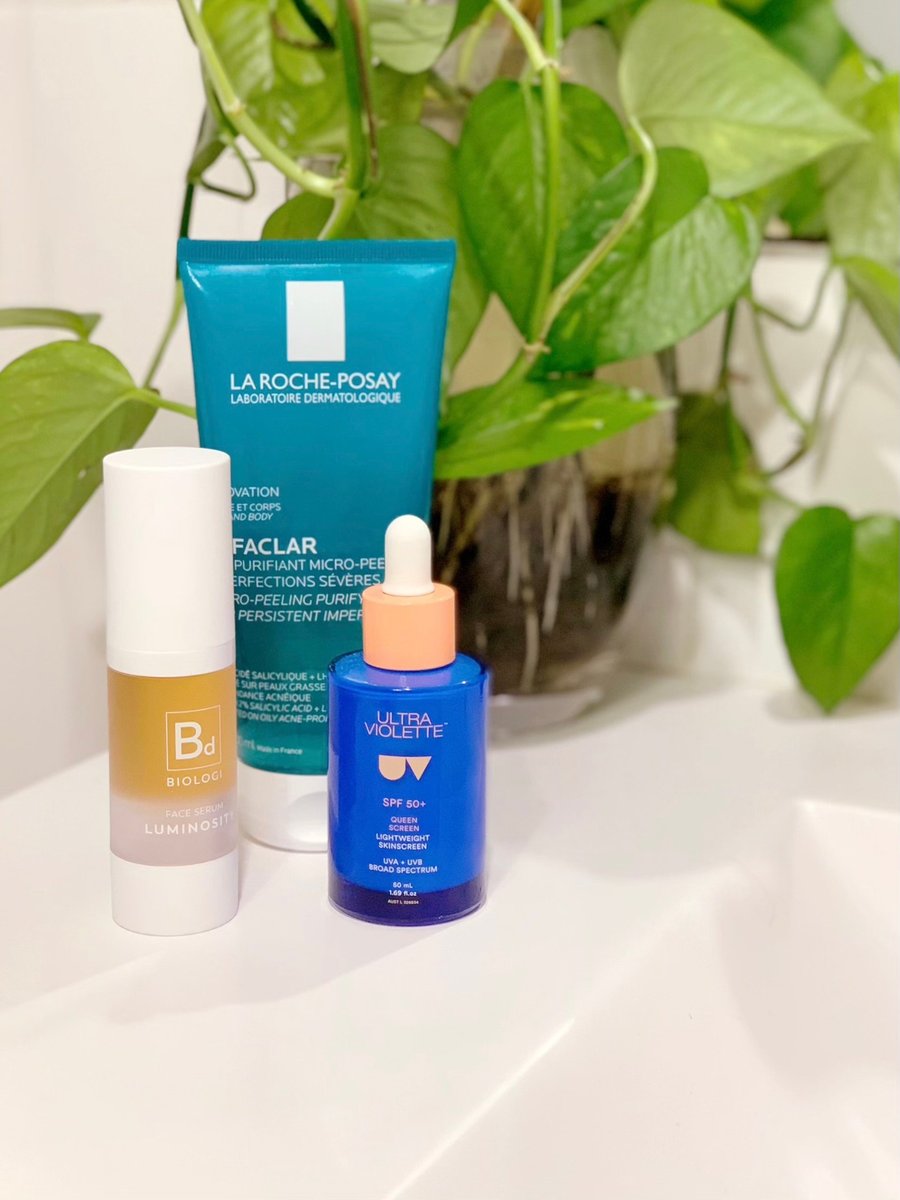 Selecting them was particularly hard since two were non-negotiable. I NEEDED a cleanser, and I NEEDED a high factor sunscreen. Many people like to use foundation or moisturiser with sun protection, but even those that claim to be SPF 50 or higher (blocking 98 to 99 per cent of UVB rays) require you to use 5g (1 tsp!) in order to be that effective. Overkill! If I’m going to stick to my guns on ‘no-Bo’ and grow old au naturel, my English skin needs protection from the harsh Aussie sun, which WILL make you wrinkly AF.

That really only left ONE MORE PRODUCT to fill the void left by thirteen others. It was a ‘uuuuge job. Big boots to fill. Drumroll!

I chose the Biologi Bd Luminosity Face Serum, because it had the farthest reaching range of benefits for my skin concerns. It promised glowing, hydrated skin, decreased appearance of acne (I’m a big fan of my own “extractions”... hello scars) and specifically targets the early onset of fine lines and wrinkles. One single pump was enough to cover my whole face, and (if the marketing material was to be believed) it would act as a toner, moisturiser, serum AND treatment.

The Biologi website warned that because this product was 100 per cent active and highly potent, it wasn’t unusual to experience skin purging at the start. Better out than in I say, but I timed my experiment to begin the same time as my period, because my face usually goes to sh*t then anyway.

The first few days of my new routine definitely took a bit of getting used to. It felt super weird washing my face and not following up with my usual toning, spritzing, swiping, roller-ing, patting, misting and massaging. But with all of this new-found free time, I started investing in other areas. I actually managed to blow dry my hair, and put on a bra! It was a revelation.

I did find the Bd serum a little bit sticky. A quick google revealed that this was because the ingredients were completely natural and undiluted. At night this was no problemo, sticky face whilst sleeping? Who even cares!

But in the morning I did wonder how it would feel beneath my makeup. After waiting the five minutes advised before applying SPF, I quickly realised that the Queen Screen would take care of this issue for me. Gliding on like a dream, it has a light, luminising and milky texture that provides an absolutely ideal base for makeup.

Here’s the proof, plus a couple of fresh pimples above my non-existent eyebrows! 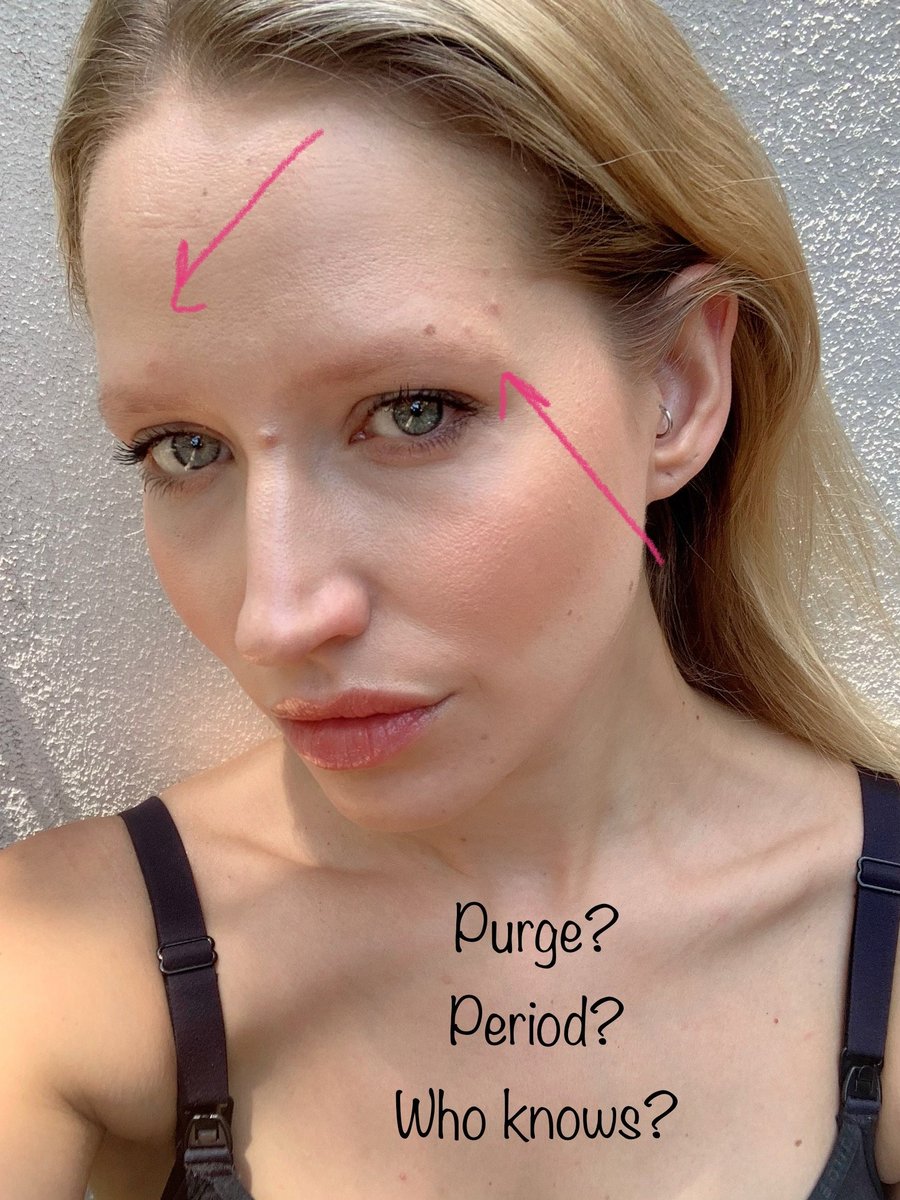 Two weeks in and period/purge has packed up and pissed off. Skin is good - really good - and I’m loving that little bit of extra time in the morning. The stickiness from the Bd doesn’t seem to be an issue anymore, and despite my face feeling a little sensitised during the first week I’m glad I stuck with it and pushed through, I now feel like my skin appreciates everything I’m trying to do for it.

I am missing my night time pampering sessions though! I used to love getting stuck into a bottle of bubbly whilst luxuriating in the tub (aka my swim-up bar) and marinating in a nice mask, before smothering myself in actives and posh creams. There’s no rule that says I can’t, of course, but I feel like in order to honour this experiment, I really need to make sacrifices.

The things we do for science, hey! 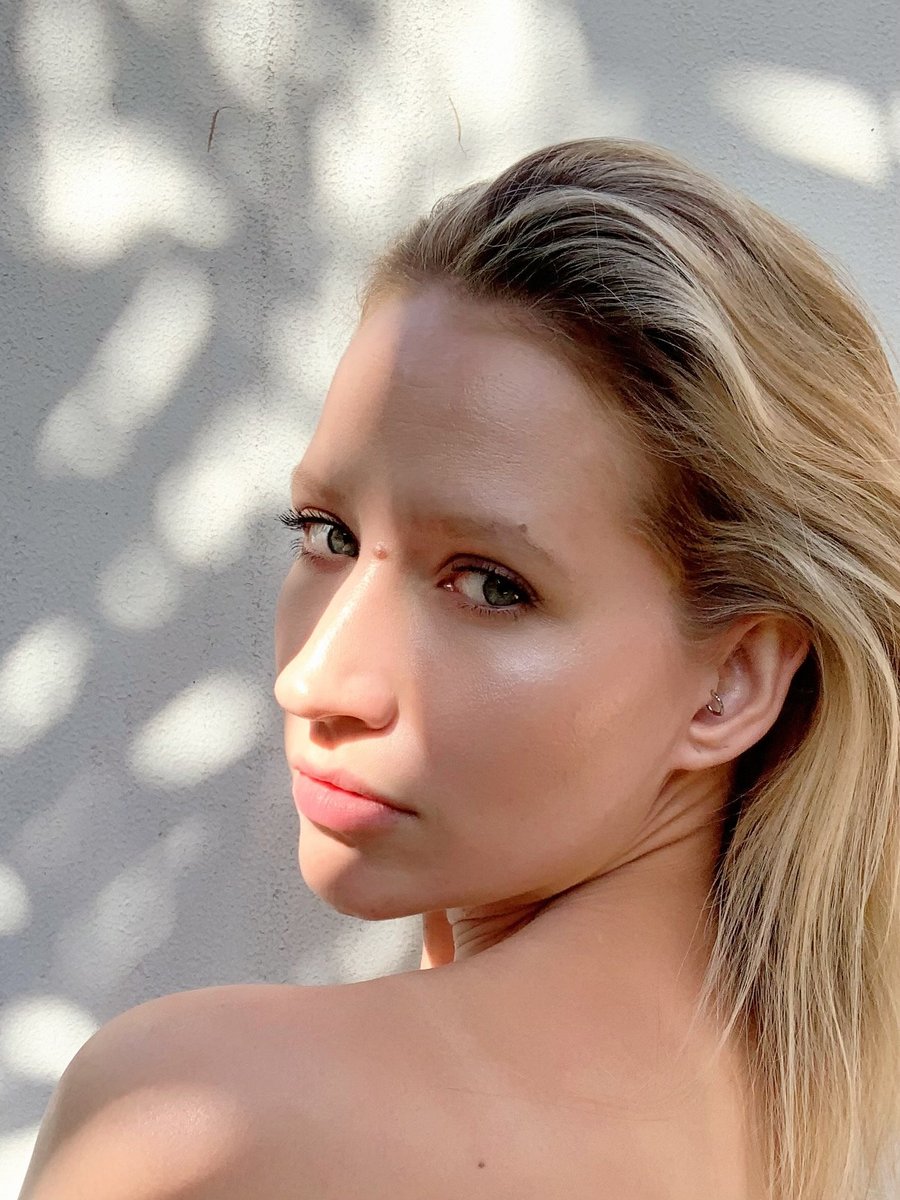 After one month of bare minimum skincare it is time to conclude this experiment… with a sans makeup selfie! Including my daughter because she won’t be put down. But looking at this pic I think you would all agree: I have every right to be pissed off. 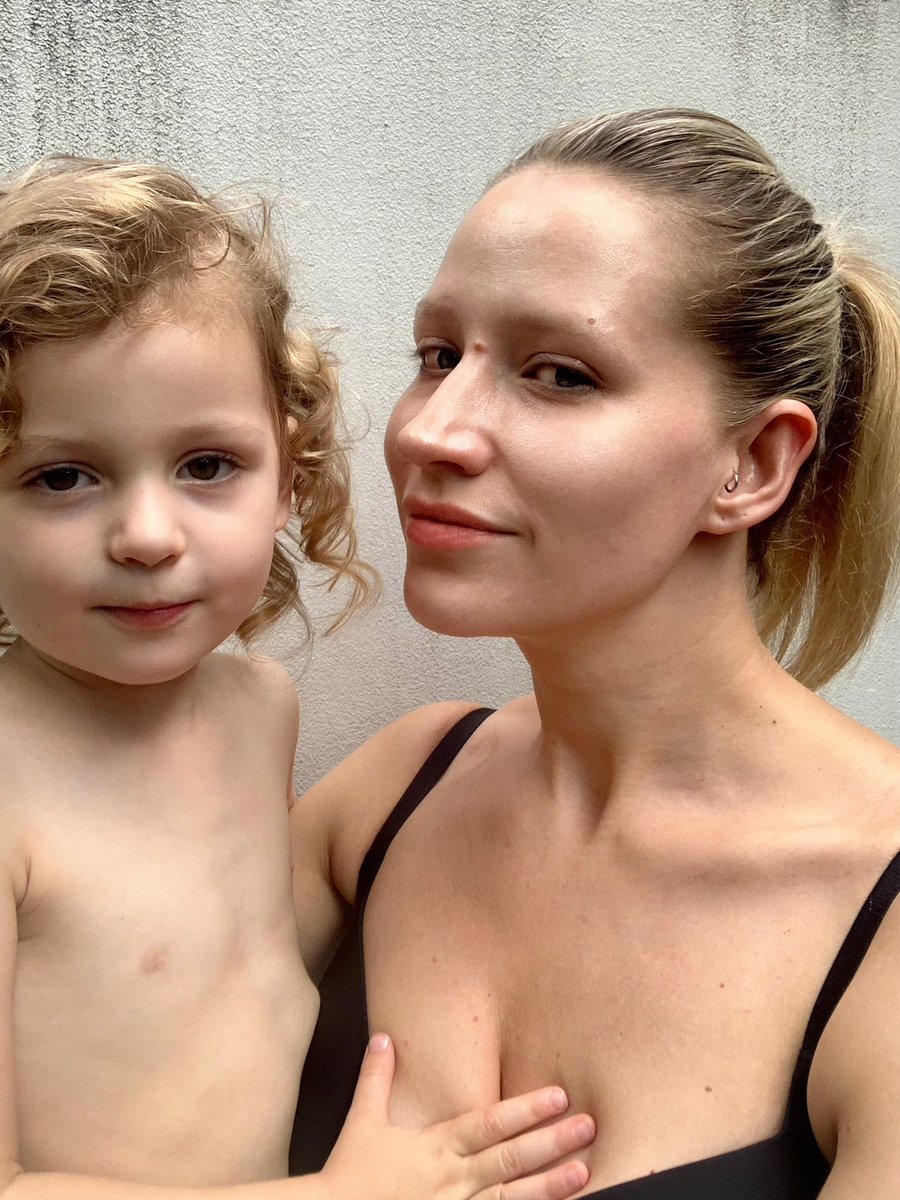 I mean, my skin is great!? How dare it look ok!? I swapped 13 products at a combined value of over $400 for one powerhouse serum, a cleanser and an SPF, and not that I wanted it to fail the test or anything... but selfishly I did want to look a tiny bit, well... sh*t. If only to justify to myself all my previous effort and expense. But here we are, digesting the good/terrible news that you actually CAN get away with using barely any products, without sacrificing results, if the products you select are as apparently amazing as these ones.

The verdict is in - skeleton skincare can STAY.

Occasionally, though, you can catch me here… 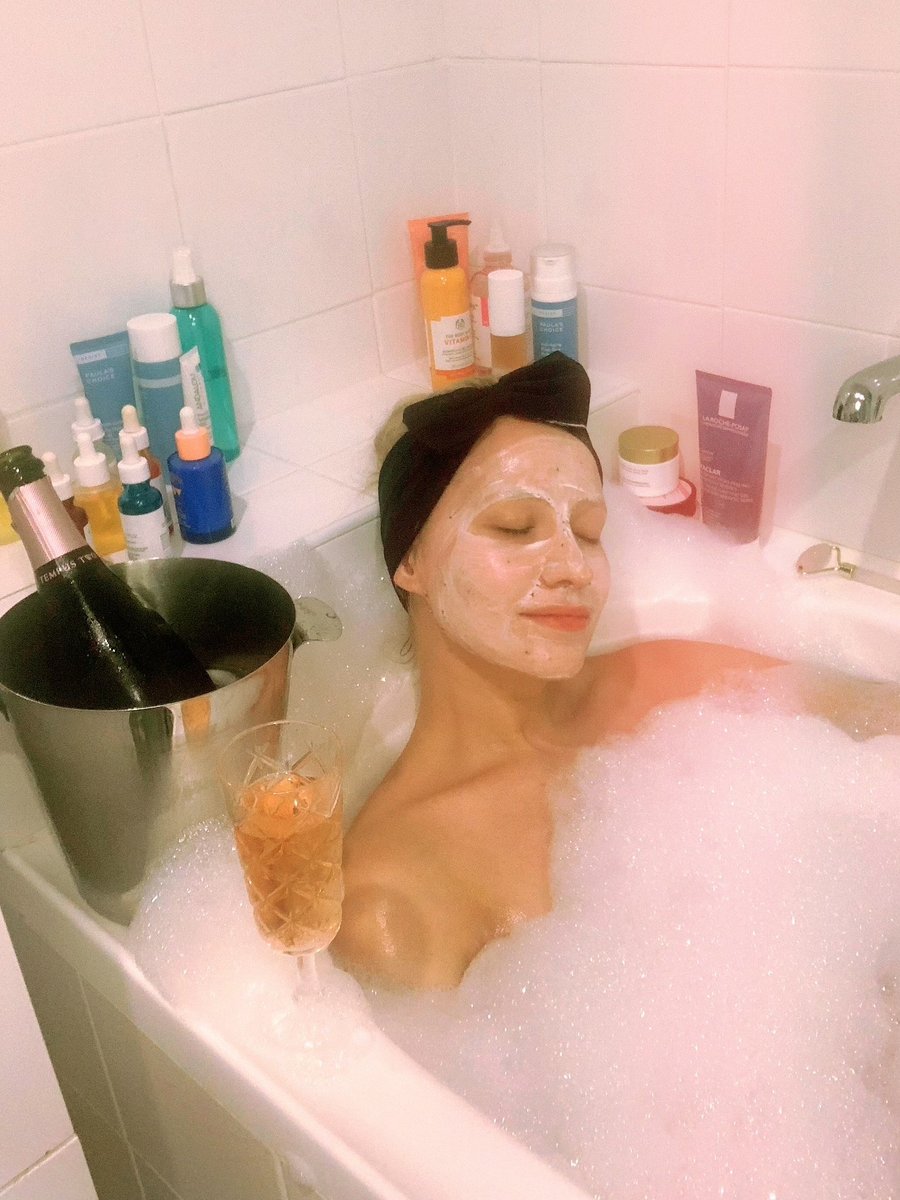 Check out more stories from the You Beauty Collective, where our beauty community talks all things skincare, makeup and more.