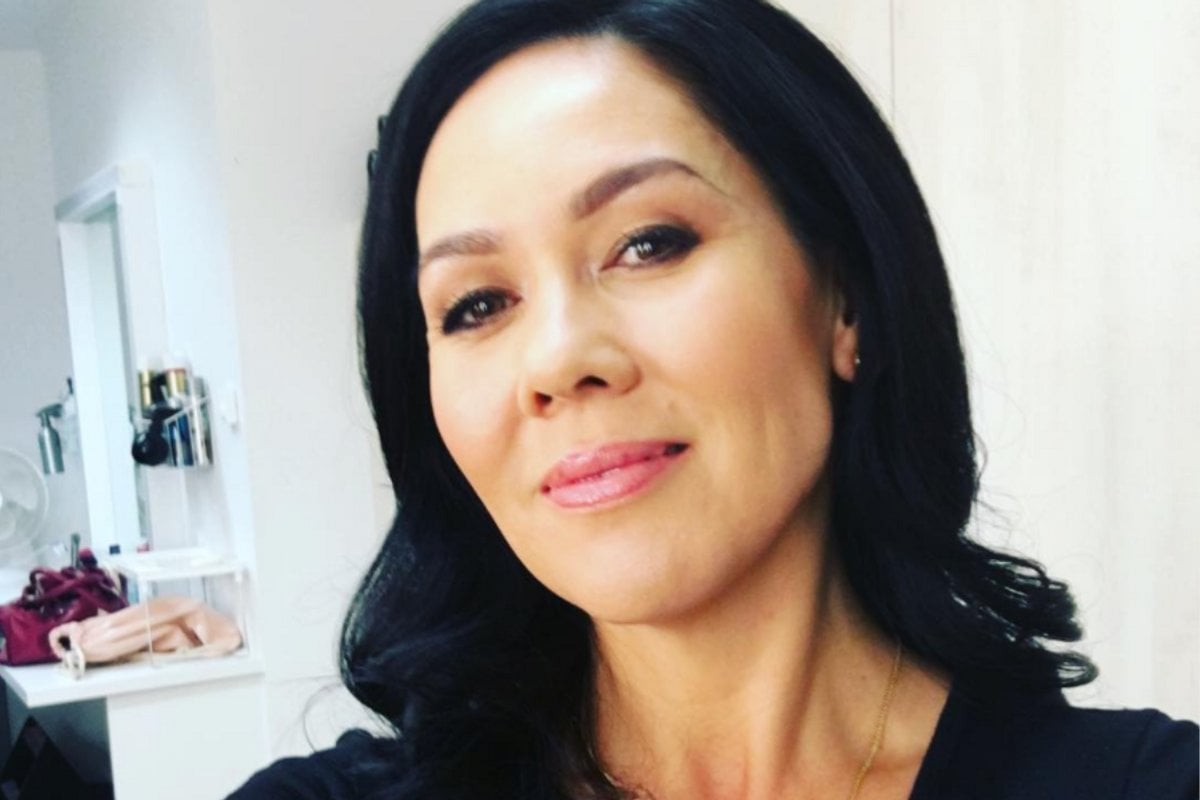 We met twenty years ago, Russell Crowe and I.

Since then, many life lessons have unfolded for me and, in a funny way, have lead back to him - a formidable figure of Hollywood success unwittingly instrumental in my small, relatively insignificant journey, just as so many inspirational powerhouses have been - like Oprah (of course) and Jana Wendt, both legendary female journalists.

Then there’s been Jeff Wiggle and Lucy Liu: high-vis Asians also showing me what was possible.

Russell Crowe is neither female nor Asian – but just like these other influences, he is a storyteller and his part in my story began long before I met him.

Perhaps it’s when you first noticed him too - watching Romper Stomper, or maybe it was Gladiator.

In 2000 I started working at Channel Nine and on day one, my gruff boss told me, "You’re the first non-bloody-WASP I’ve ever put on TV." He snorted, "and don’t get any fatter in the face".

And that was that: my induction to national commercial television. Two days earlier, I had been working at the ABC as a cadet journalist covering serious political, court and police stories, sometimes arts yarns but never interviewing celebrities for celebrity’s sake. So when my new Chief of Staff said, "You’re going to interview Russell Crowe," I couldn’t have been more thrilled.

This was commonplace, and was wrapped up with the fetishisation of Asian women. John Kizon – Perth’s answer to all the characters in TV series Underbelly – singled out me and my Asian friend Emma to invite into his stable of pole dancers in Japan. He assured us the pay and conditions would be excellent. We didn’t go.

Romper Stomper left an indelible mark on me when I was studying Asian Studies at University, trying desperately to make sense of my identity and how that identity was perceived by white ‘others’.

It gave me a way in to try and comprehend the most extreme ways of thinking.

In my second year, I attended a BBQ where a young man a few years older than me with a swastika belt told me all the reasons that I should be dead. I was the only non-white-Caucasian person at the party.

How was my new boyfriend to know our date would turn out like this? A blonde racist and I argued, the entire gathering moved to surround us and "it’s a wonder", my husband John now reflects, "we didn’t both get killed". The party guests were Rebel gang members.

Friends and acquaintances called me "smack" or "dishpan". I was used to it; I didn’t think I had had a great deal of overt Asian hate foisted upon me... if you don’t count the time a man, staying at the youth hostel where I grew up, shouted for me to go back to my own country, or when kids at school pulled up the corners of their eyes and chanted “ching chong chogie”.

It was all normalised, I can see now. Parents of my school mates wondered and worried about my Chinese family, and almost everyone I ever met asked me where I was from, and when I answered that I was born here in Australia, they would rephrase the question as though I had misunderstood: "No, but where are you really from?"

So to Russell. I was excited that Channel Nine had set up an interview with the Hollywood star for my first shift… that is until I realised my camera crew and I were the only TV media at the terminal gate and this was actually an ambush on an anonymous tip off.

My new colleagues were having fun with the new girl – no one told me, not even the grumpy crew. "If you want to keep your job", my Chief of Staff hollered as I gathered my clipboard and pen before hitting the road, "You’d better find out if there’re any wedding bells with Meg Ryan".

The two actors had just been photographed at the Sydney Olympics together. Little did I know, Russell was none too happy about those paparazzi photographs and had no idea he was about to be accosted by a camera crew and woman who must’ve looked about twelve at the time - me!

At Melbourne Airport, to make things infinitely worse for everyone involved, I mistook the chauffer’s sign – there to collect Russell – as a pseudonym to trick us… so as the actor stepped through the gate I mortifyingly accosted him: "Hello, Mr Dumbrell".

Russell shot me an angry Romper Stomper look and a little piece of me died.

"What did you call me?" he said as he kept walking. I had been trying to be clever and make a joke but all I could say was that I was from the wrong network. I couldn’t even remember who I worked for!

Then as the ambush spiralled further downhill, I raced after the harassed movie star with the most embarrassing question I - and possibly any journalist in history - has ever asked. "Russell, any wedding bells with Meg Ryan?"

I won’t tell you what he said to that.

It was my very first day on commercial TV and the encounter left me in tears in the Tullamarine departure hall.

When I got back to base, the entire office came to see footage of the new girl’s first day, and to my dismay, there was Russell rolling down his limo window, while I was still crying in the arrivals hall.

He looked down the barrel of the camera and said: “Mimi, I hope you find something meaningful to do with your life.”

This was the first time I’d seen him say this, along with all my new colleagues.

Six months later I was the fully fledged national arts reporter for the network - goodness knows why - and I bucked up the confidence to approach Russell at his press conference for Proof of Life and apologise to him for my earlier appalling behaviour.

I was terrified, but I swallowed hard and told him I was sorry.

His face instantly softened, and he thanked me because, he told me, no one had ever apologised for chasing him before.

"Let’s start again," He said. "I’m Russell, pleased to meet you," and shook my hand.

Five years later on my last day at Channel Nine, when I left to have my first child and to anchor the news on the ABC, my parting gift, wrapped with a blue ribbon, that had been tucked away in the archives for years, was the tape of Russell encouraging me to do something useful with my life.

And two decades since that first encounter, I feel I can confidently say that I really have - by writing my memoir - my life story and the epic four-generation narrative of my Chinese family.

My dad with his 32 brothers and sisters, my aunty - the world’s first Chinese air hostess for BOAC - befriending royalty and dignitaries, and our Kwa business; Hong Kong’s most famous silk manufacturer, Swatow Lace. All this set against a backdrop of conflict and war, tragedy and great hope.

So you see, Russell’s burning sentiment that day at the airport never left me... but it took me until now, realising my true purpose as a storyteller, to really understand what he meant.

Through his acting Russell Crowe brought about in me a significant fascination around identity and race relations, and years later, through his humanity, asked a question of a naïve young reporter which has helped me to keep wondering ever since.

Well, I wonder no more. Sharing my story with the world to help others to heal is the greatest contribution I can offer. This I know with certainty.

So, Russell - if you’re reading this, I just want to say thank you!

R
ringo a year ago