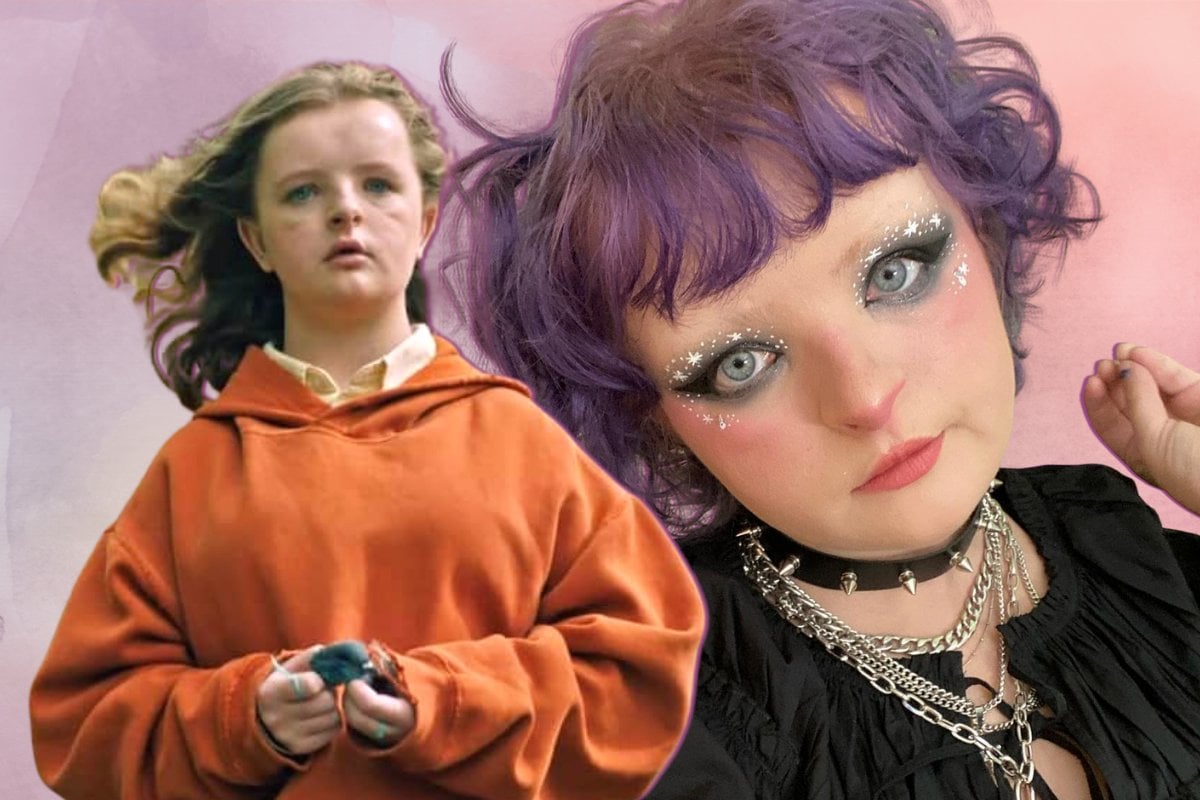 Described as 'the scariest film of the year' even before its release, the movie contains a number of bloodcurdling scenes that will definitely haunt your dreams for nights after watching it.

It's also had a long-term impact on star Milly Shapiro, who played Toni Collette's daughter Charlie, a spooky character that loses her head (literally) and is central to the film's biggest twist.

Now 18, Milly shared a video on TikTok sharing the effect negative comments about her appearance in the movie had on her.

"Being in a movie and playing a character where they purposely made you look your worst and then millions of people seeing it," Milly wrote, with the video playing a song track about something impacting you mentally.

"I just remember when the trailer came out and one of the top three comments was about how ugly I looked hahahahhahahajahaahjzjsja," she said in the caption.

Milly was born with a genetic condition known as Cleidocranial Dysplasia (CCD).

It affects the development of bones and teeth.

CCD often causes partly or completely missing collarbones, a narrow pelvis and a shorter stature. It also causes the spaces between the bones of the skull to take longer than expected to close.

In March 2020, Milly explained the condition in another TikTok after receiving multiple messages to say she looked like Gaten Matarazzo, who plays Dustin in Stranger Things and also has the condition.

They attended a CCD event together in 2019.

The video explanation quickly became one of her most viral posts, which she explained in an interview with Vice.

"I wanted to explain why that is. We actually have the same bone disorder; it affects your bones, your teeth and your facial structure," she said.

"People with cleidocranial dysplasia tend to look similar. So, I sat down, thinking I'd make a video real quick to explain it, so people can know why. Now it has a million views!"

Her and her sister Abigail, who also has the condition, have worked with No Bully, and Milly appeared in 2016 short documentary Broadway Kids Against Bullying.

"I was bullied a lot because I was small for my age, and I looked a little different," her sister Abigail said in a joint interview with ABC New York.

Millie told Dazed she was passionate about the cause.

"I care deeply about stopping bullying. Over the past five years, I've been a part of an organisation called No Bully, which works with educators and leaders to eradicate bullying in schools through lessons in empathy, rather than singling out the bully, because people are only mean when they are hurting. It's something I'm personally passionate about as the victim of bullying."

Milly was 15 at the time of Hereditary's release. It's her one and only film credit, but she already had an acting career behind her.

She played the lead role in Matilda the Musical on Broadway. For this, she and the other Matilda actresses won a Tony Honor in 2013, making them the youngest recipients of the award in history.

The same year, she was nominated for a Grammy Award for Best Musical Theatre Album for the Matilda cast album.

She played Sally Brown in the first off-broadway all-youth production of You're a Good Man, Charlie Brown in 2016.

Directly after the film's release she starred in an episode of TV comedy Splitting Up Together. She was a guest judge on The Boulet Brothers' Dragula in 2019 and voiced characters in JJ Villard's Fairy Tales in 2020.

Milly and her sister Abigail have released music, and Milly had been sharing her bands music on TikTok.