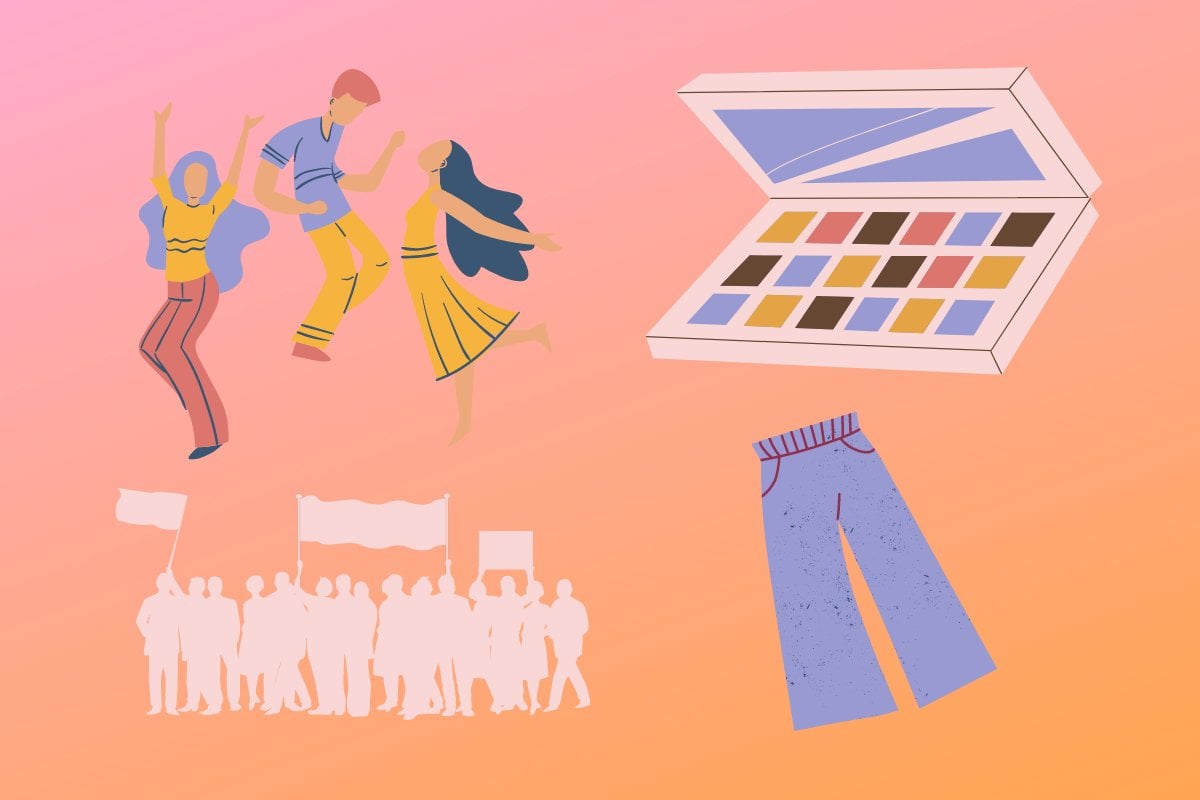 I'm at the point in my life where I find a group of teenagers absolutely terrifying. I don't remember when it happened, but I am now eternally terrified of being judged by... children.

I think it's because I know they're cooler than me.

And not just cooler - better. These teens are taking to the streets and demanding change, while I was a 16-year-old millennial who... wouldn't have known politics if they wacked her over the head. I wouldn't have marched for anything except like, a Jonas Brothers concert or something.

Plus, when these kids march, they're comfortable because they're wearing baggy pants.

Recently, there's been a tense ~generational war~ going on, as Gen Z have been mocking millennials for existing, liking skinny jeans and also for knowing what Harry Potter house they're in. This is a personal attack because 1. I'm a proud Ravenclaw and 2. I'm old enough to remember when we wore flared jeans and I still have nightmares about it.

So while I actually do respect - and am absolutely terrified of - the youngins, I've been tasked with taking them down a peg or two.

I applaud you for caring about the planet, my 18-year-old friend, but can you please stop filming yourself dancing in Coles?

(Side note: This is how we know we're getting old, right? We look at the kids of the day like, 'YOU DAMN CHILDREN'.)

So... hesitantly, because I'll probably end up being dragged (did I use that correctly?) in a viral TikTok video (jokes on them though, cause that's a dream of mine), here are a few things we would like to cancel Zoomers, aka the kids who ate Tide Pods, from doing:

Being really good at beauty.

These kids never went through an ugly duckling blue eyeshadow phase and it shows. Going through a terrible, unblended foundation with crimped hair phase should be a rite of passage for ~the youths~ but Gen Z grew up with makeup tutorials at their fingertips and therefore never had to experience anything other than decent makeup. 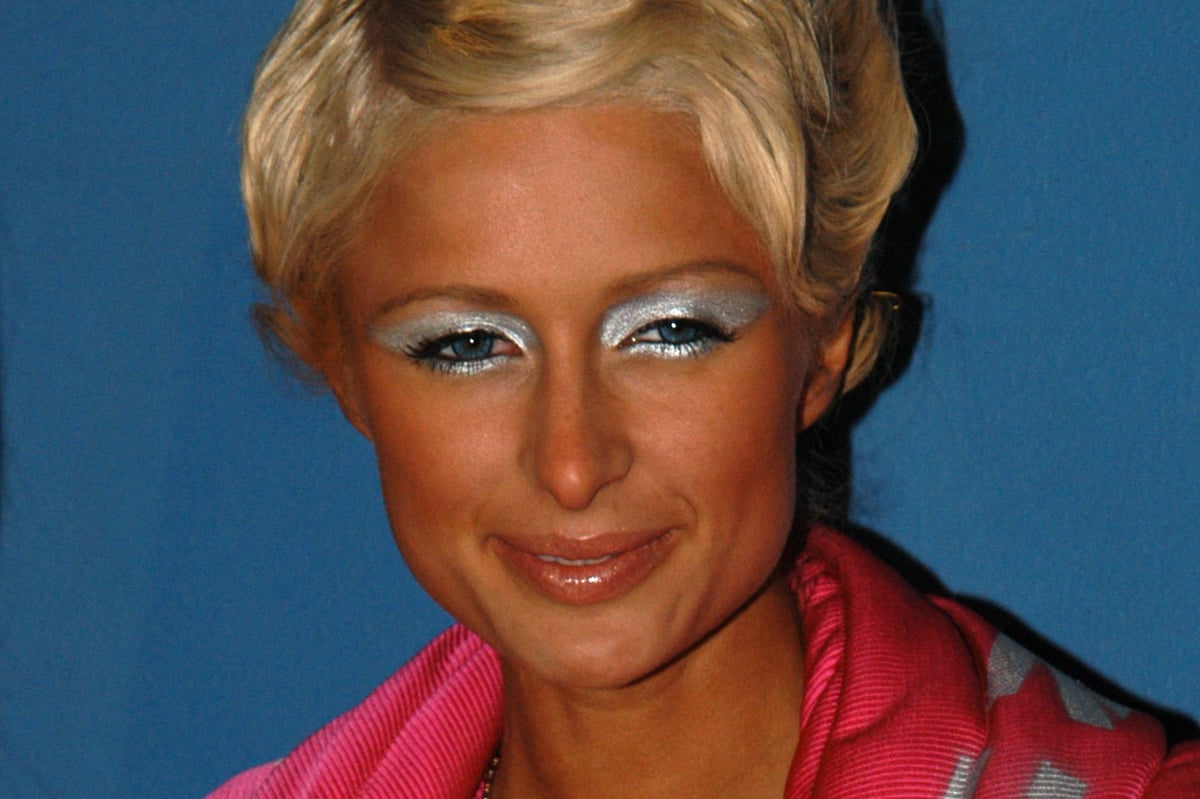 I can feel the heavy crusted glitter on my eyelids. Image: Getty.

Again, this is a personal attack on me but also the photos of 14-year-old me my mum won't let me burn.

Don't even get me started on what a privilege it is to go through your teens with good fake tan options too. You'll never know the pain of bright orange knees thanks to Dove's Summer Glow gradual tan moisturiser.

Creating dark circles under your eyes with makeup.

Speaking of Gen Z makeup skills, I absolutely cannot deal with the trend of FAKING dark under eye circles.

We don't get to choose these bags as part of an ~aesthetic~, it's just a side effect of living our normal, soul-crushing, unrested existences.

YOU HAVE A WHOLE MINUTE, JUST TALK FASTER GODDAMMIT NO ONE WANTS TO LIKE FOR PART TWO.

Dancing in the aisles of shops.

♬ Why Is Everything Chrome (Lean Swag Rock Wit It) - King Critical

Sorry but as a millennial, shopping at Kmart is at like 60 per cent of my personality. If I could do that without seeing you doing the latest TikTok dance I'll never be able to master, that'd be great.

Actually, now that I think about it, Gen Zs are always dancing. I was nearly tripped by a 12-year-old doing that dance with the weird kick and moving fist (oh my god I sound so old).

I am all aboard the save the planet train but... no, we don't trust this.

You are too young to remember the early 2000s it-girl fashion choices that should have never seen the light of day, but we are not.

Youths are out here wearing mesh tops and those weird lil tie front cardigans. They can pretend it's #ironic, but... no. 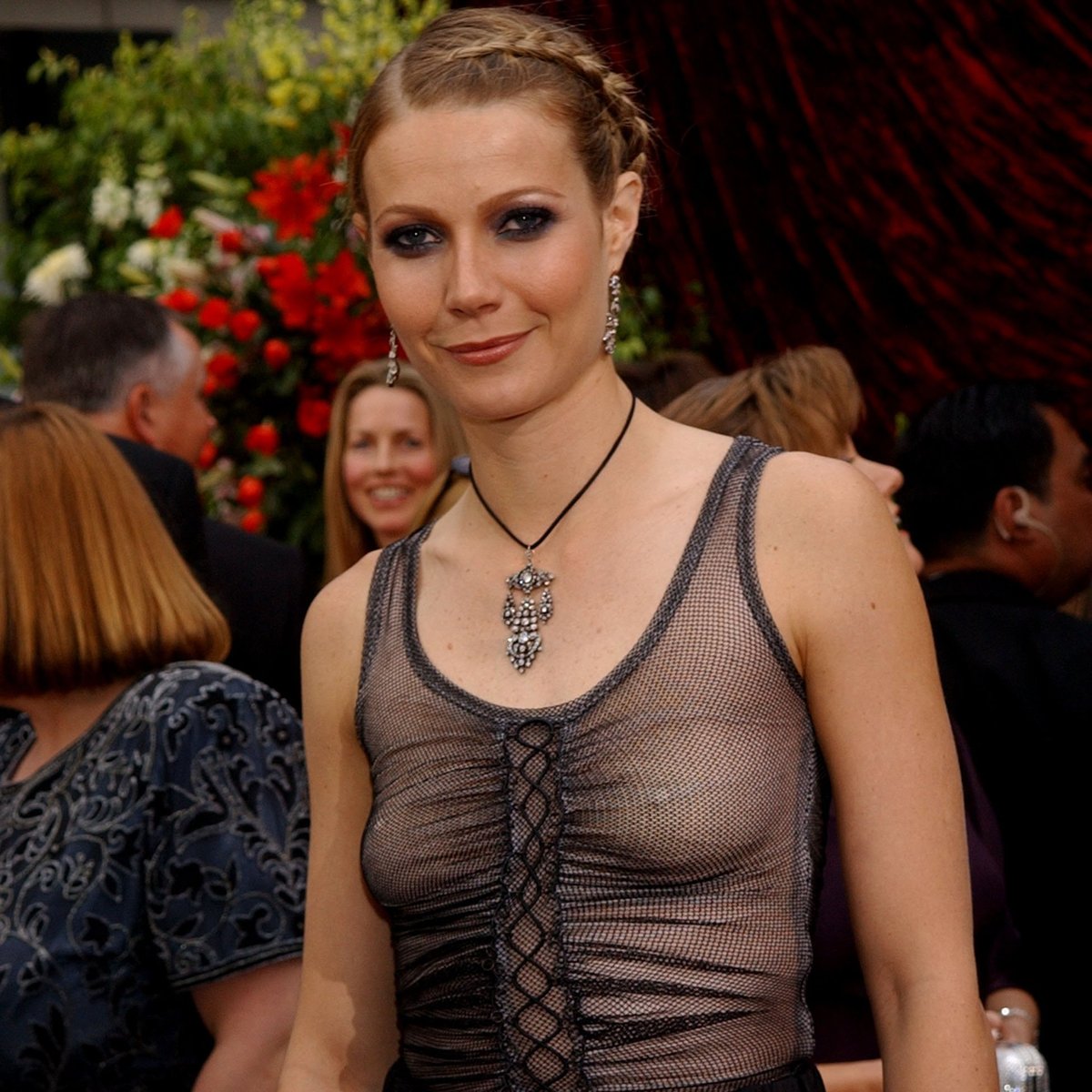 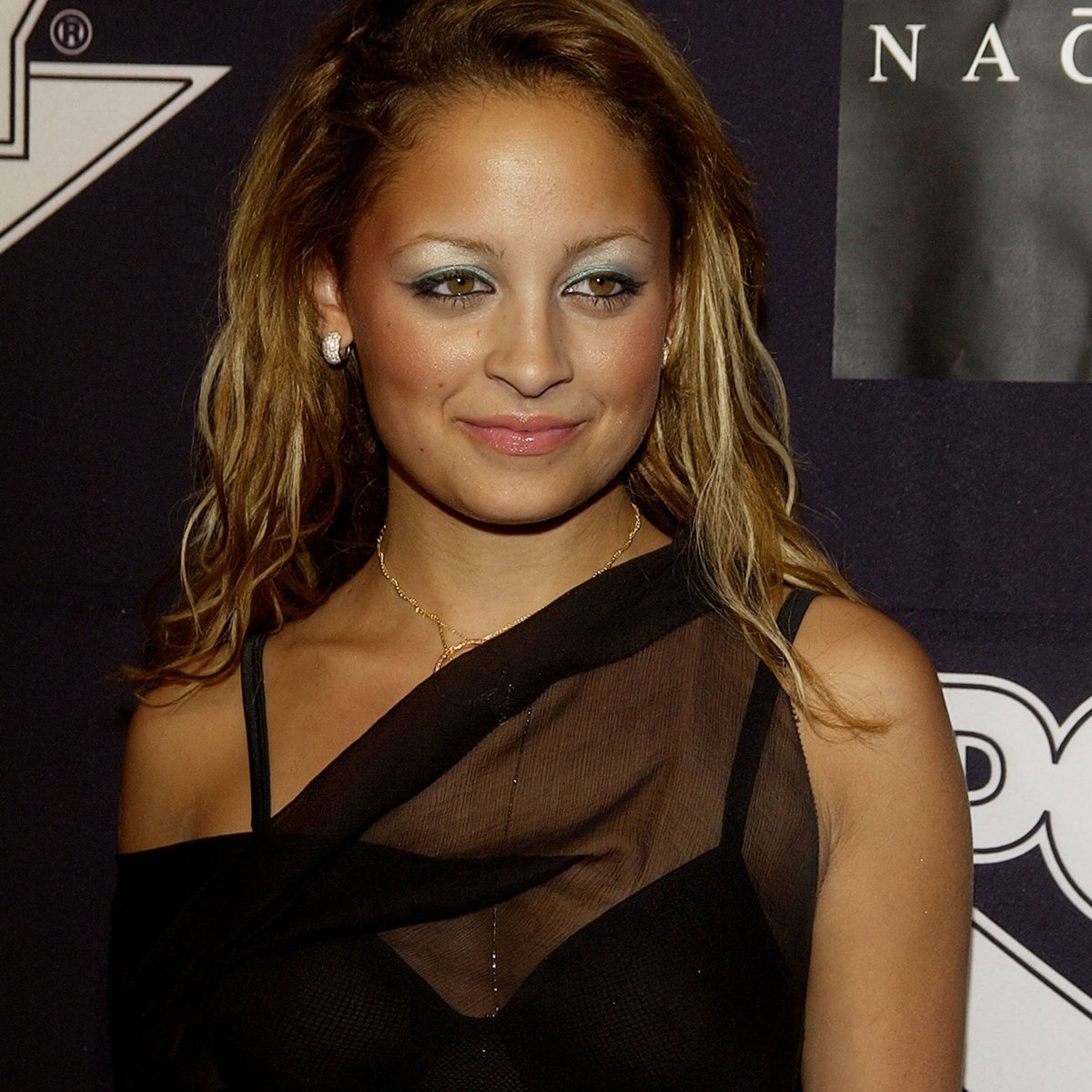 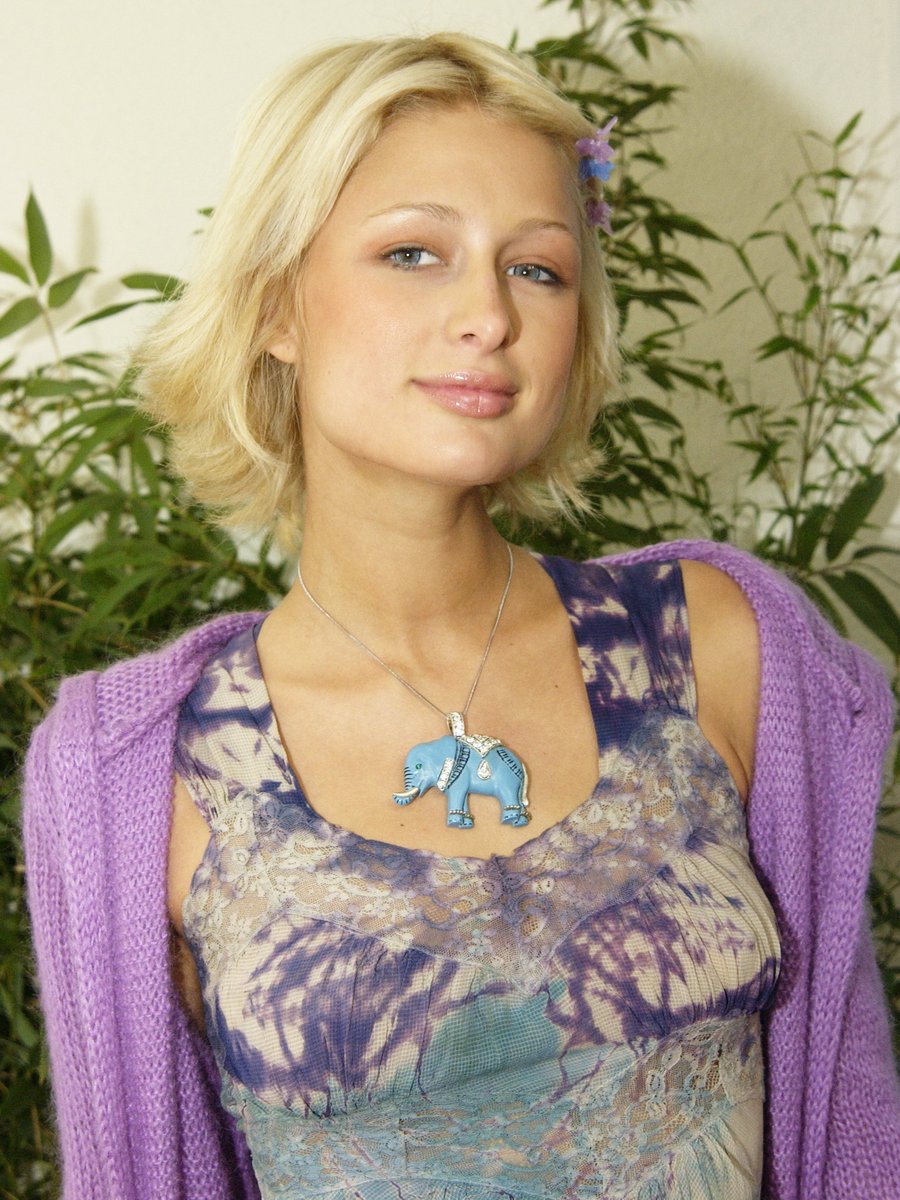 THE MESH. THE CARDIGAN. THE BUTTERFLY CLIPS. AND LET'S NOT EVEN TALK ABOUT THAT... ELEPHANT. Image: Getty.

Why is Gen Z so obsessed with the Y2K aesthetic? We literally dressed like shit from 1998 through 2004.

I'm onboard with straight leg jeans, but for the love of all that is good, we should never, ever return to the days of the low rise. 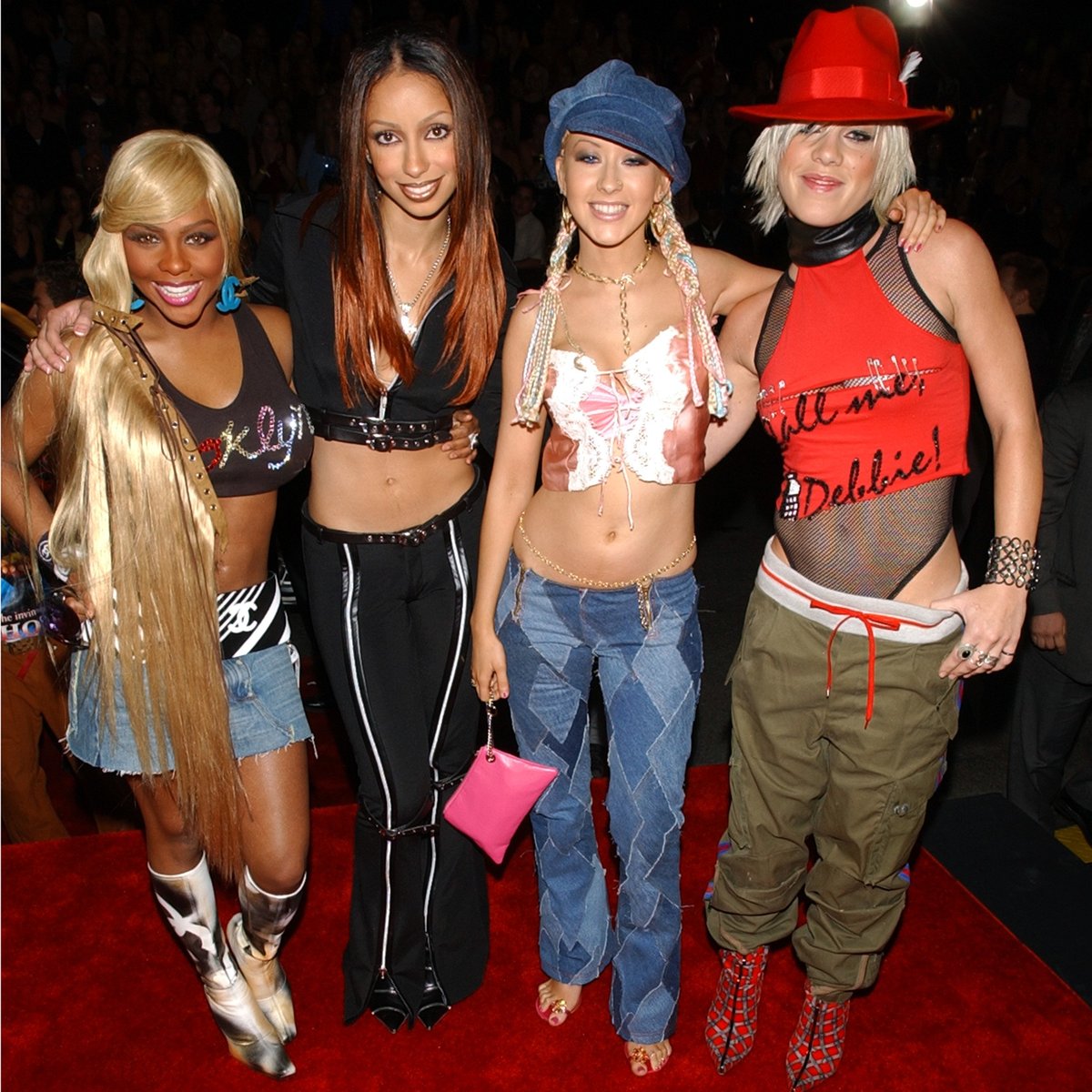 This tweet unearthed memories I'd buried, for good reason, and now I can FEEL my 13-year-old self's DISCOMFORT:

We left Snapchat to die a slow and painful death more than a few years ago now, because it's lame and Instagram now has the ability for us to post photos as a dog or with different coloured eyes. Now, the only reason anyone over 23 has Snapchat is for d*** pics. Yuck. Let it go.

The sparkle emoji for ✨ emphasis ✨

Doing everything for online 'clout'.

Just this week we found out Gen Zs were keen on long-time relationships in their youth, which sounds nice, except for when you learn its only cause it looks better on social media???

Our equivalent was feeling important if more than one person gave us their Bebo 'love'. I'm forever grateful that in my formative years I only had to deal with learning HTML to make a sick Bebo skin. And my other go to was logging in and out of MSN Messenger to alert people to my existence.

Gen Z have grown up with iPhones, Instagram and all the toxicity that comes with it and that kind of... sucks.

Being younger than us.

The greatest personal attack of all.

Go out there, kidlets, and save the world. Just leave your ugly cropped cardigan at home.

OK, I'M GOING TO HIDE UNTIL THIS BLOWS OVER.

Reply
Upvote
2 upvotes
Part twos on TikTok. YOU HAVE A WHOLE MINUTE, JUST TALK FASTER GODDAMMIT NO ONE WANTS TO LIKE FOR PART TWO.
I LAUGHED AND LAUGHED! Couldn't agree more... not that I am on the tik tok ;)