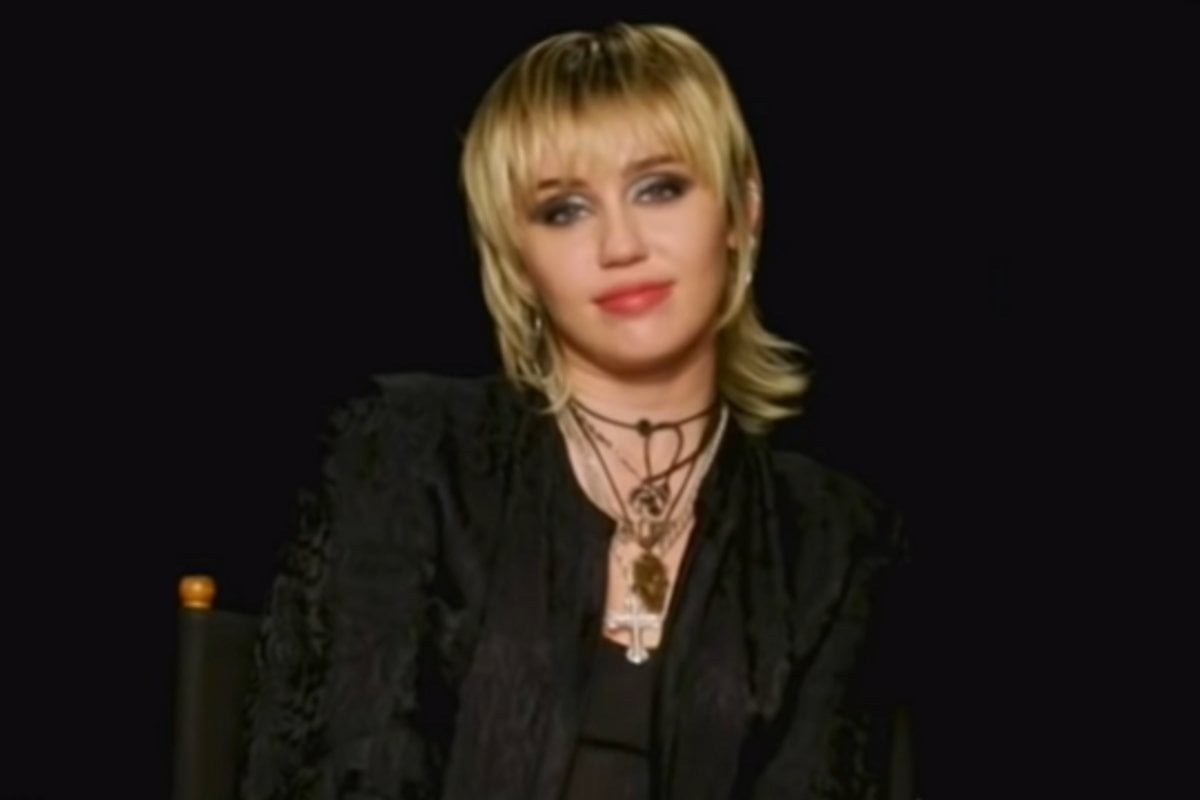 1. Miley Cyrus told her exes to ‘eat s**t’ on The Project last night.

When it comes to her feelings about her exes, Miley Cyrus isn't afraid to say it how it is.

Fans of Miley will know that her music video for her song 'Prisoner' includes a message at the end which reads, "In loving memory of all my exes. Eat s**t." 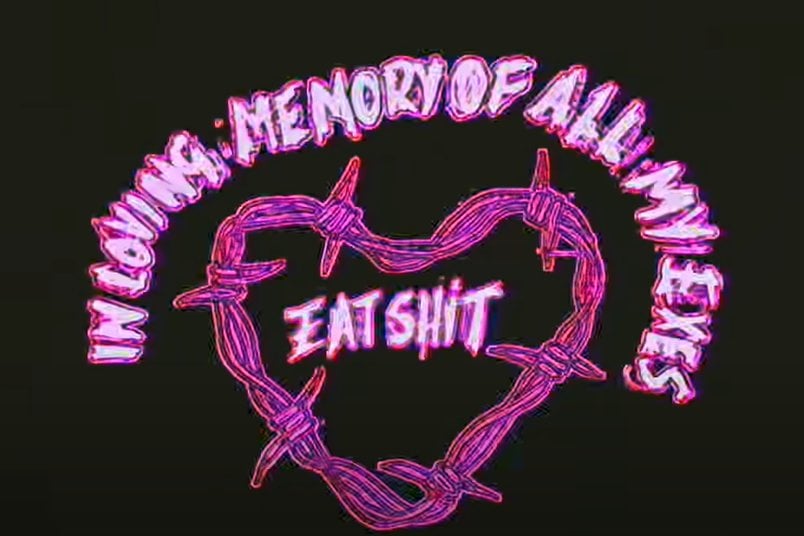 During an interview on The Project last night, Miley was asked about the not-so-subtle message and why it was included in the video.

"I think life can be painful, and sometimes poking fun and laughing along, I always feel like life is laughing at me and pulling strings," Miley told host Lisa Wilkinson.

"I think that was a way that I was able to fight back at that and poke a little fun at it and create something that was campy and that was the perfect book-end for what we made, you know."

It comes after the 28-year-old spoke about her relationship with her ex-husband Liam Hemsworth on the Howard Stern Show last week.

During the interview, Miley explained that that while she "did love him very, very, very much and still do" there were struggles in their relationship.

"There was too much conflict," she said. "When I come home, I want to be anchored by someone. I don’t get off on drama or fighting."

Listen to The Spill, Mamamia's daily entertainment podcast. In this episode, co-hosts Kee Reece and Laura Brodnik chat to Delta Goodrem about leaving The Voice, facing criticism in the public eye, recovering from a surgery that nearly caused her to lose her voice and her brand new Christmas album 'Only Santa Knows'. Post continues below.

2. Are Georgia Love and Lee Elliott getting married right NOW?!

Umm, do we hear wedding bells? Because it looks like Bachie couple Georgia Love and Lee Elliott could be getting married... right now.

Earlier today, the couple shared that they were on their way to Tasmania, which for everyone following along at home, also happens to be where they decided to get married after COVID cancelled their plans for an overseas wedding.

Lee posted a photo of the pair on the plane with the sneaky caption, "I've been waiting far too long to walk down the aisle with you!"

And we don't know about you, but we feel like he's definitely trying to hint at something there.

Georgia also shared a video of her and Lee at the airport on her Instagram stories.

"Just a little excited for our long-awaited walk down the aisle... of a plane!" she wrote. 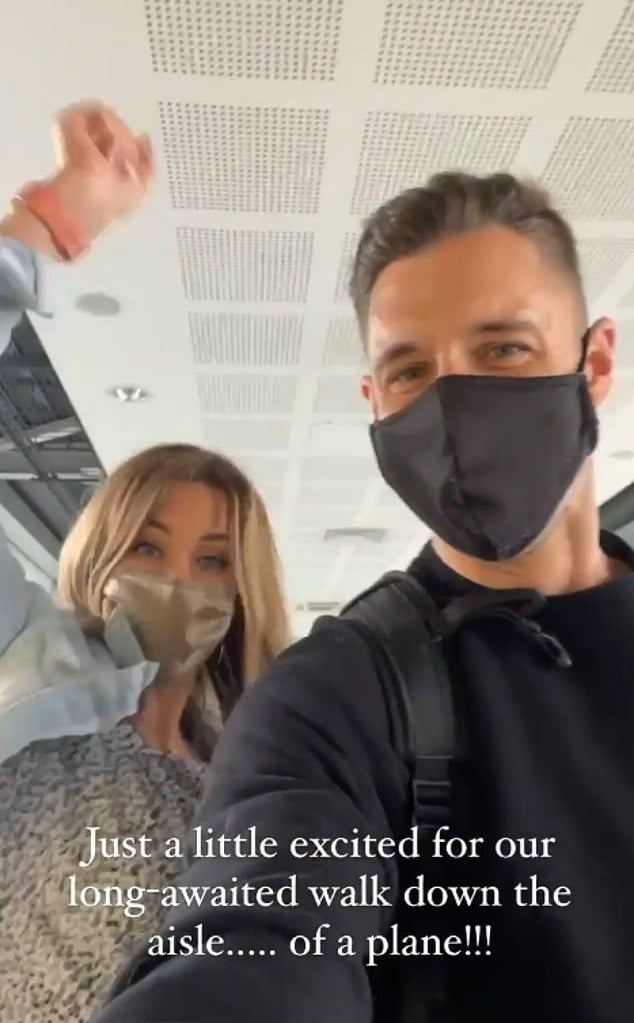 The couple, who met on The Bachelorette in 2016, originally planned to tie the knot in Italy, but later decided on Tasmania when international borders closed. Unfortunately, they were also impacted when Victoria closed its borders due to the second wave of coronavirus.

While nothing has been confirmed just yet, we'll be sure to update you if we hear news about their wedding.

3. So, Kourtney Kardashian is going to star in a classic 90s remake with her TikTok bestie.

If you thought that 2020 couldn't get any weirder, well, it just did.

It's just been announced that reality TV star Kourtney Kardashian will appear in the remake of the iconic '90s film She's All That, titled He's All That.

Subtly sharing the news to Instagram on Wednesday, Kardashian wrote, "studying @hesallthatmovie" alongside a snap of her lying on her bed reading what we assume is the script.

While the official Instagram page for the movie reposted the photo and said, "Introducing Jessica Miles Torres."

This comes months after Kardashian's TikTok best friend Addison Rae was signed on for the film. She'll be playing Padgett Sawyer, similar to Freddie Prinze Jr.’s role in the original.

"When I was younger, I was constantly in acting or dance classes and always loved drama class in school," Rae told People this week. "One of the craziest parts of this year has been the ability to pursue so many of my passions – capping it off with starring in my first movie!"

4. Carlin Sterritt is responding to trolls who say he just went on The Bachelorette for fame.

The Bachelorette's Carlin Sterritt is not happy.

Last night, the So Dramatic! podcast Instagram account uploaded a photo of the Harvey Norman catalogue. In the photo, there's Carlin shaving his face with one of their razors.

Underneath a follower sarcastically commented, "WeNT oN FOr LoVE".

And Carlin clapped back.

"I went on for the adventure and found love, there's a difference," he responded.

"I worked with Harvey Norman on the previous Christmas catalogue too. Just FYI," he added.

Ever since The Bachelorette aired, followers have been concerned that Carlin was on the show for fame rather than love, considering his modelling and acting background. But when speaking to TV Week, Carlin explained that he was there for genuine reasons.

"I didn't want to talk about acting and modelling, because I never wanted Angie to question my sincerity," he said. "I tried to be myself and as genuine as possible."

5. Natalie Portman was sexualised from the age of 12. She says it turned her into a "prude".

The 1994 film, titled Léon: The Professional, followed Natalie Portman as Mathilda, a 12-year-old girl who is taken in by a professional assassin after her family is murdered.

It was a turning point for the young actress. After Léon: The Professional, Portman didn't have to go to auditions anymore. Instead, countless producers approached her with potential roles and scripts.

But as the teenager landed roles in the likes of Beautiful Girls, which followed a middle-aged man who has a crush on her young character, she garnered a new type of attention. 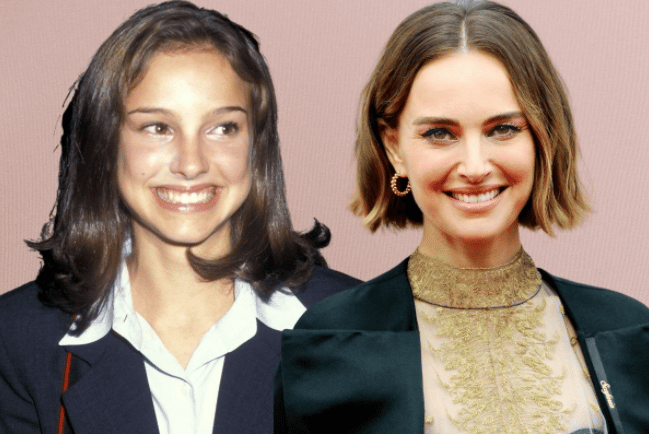 From the age of 12 years old, Natalie Portman was "sexualised" in the public eye.

Speaking on Armchair Expert With Dax Shepard, the now 39-year-old shared that the public reaction to her earliest film roles was difficult to handle as a teenager.

"I was definitely aware of the fact that like, I was being portrayed — like mainly in the kind of journalism around when the movies would come out — as this Lolita figure and stuff," she shared.

"Being sexualised as a child, I think, took away from my own sexuality because it made me afraid," she continued.

"It made me feel like the way I could be safe was to be like, 'I’m conservative, and I’m, you know, serious, and you should respect me, and I’m smart and like, don’t look at me that way.'"

The actress shared that the public reaction led her to start choosing parts that were "less sexy".

Most notably, she turned down the role of Lolita in the 1997 film adaptation of Vladimir Nabokov's infamous book about a middle-aged man who falls in love with a 12-year-old girl.

For more on Natalie Portman's life in the spotlight, read our earlier article here.

Reply
Upvote
"While nothing has been confirmed just yet, we'll be sure to update you if we hear news about their wedding. "
Please do. It's been on all of our minds and it's all we can talk about at work.
News
General
Opinion
True Crime
Politics
Sport
Explainer
Entertainment
Celebrity
Reality TV
Movies
TV
Books
Rogue
Royal
Lifestyle
Beauty
Fashion
Weddings
Home
Wellness
Health
Fitness
Travel
Food
Parents
Before The Bump
Pregnancy
Baby
Kids
Teens
School
Parent Opinion
Work & Money
Money
Finance
Career
Lady Startup
Relationships
Sex
Dating
Separation
Friendship
Family
Real Life
Couples