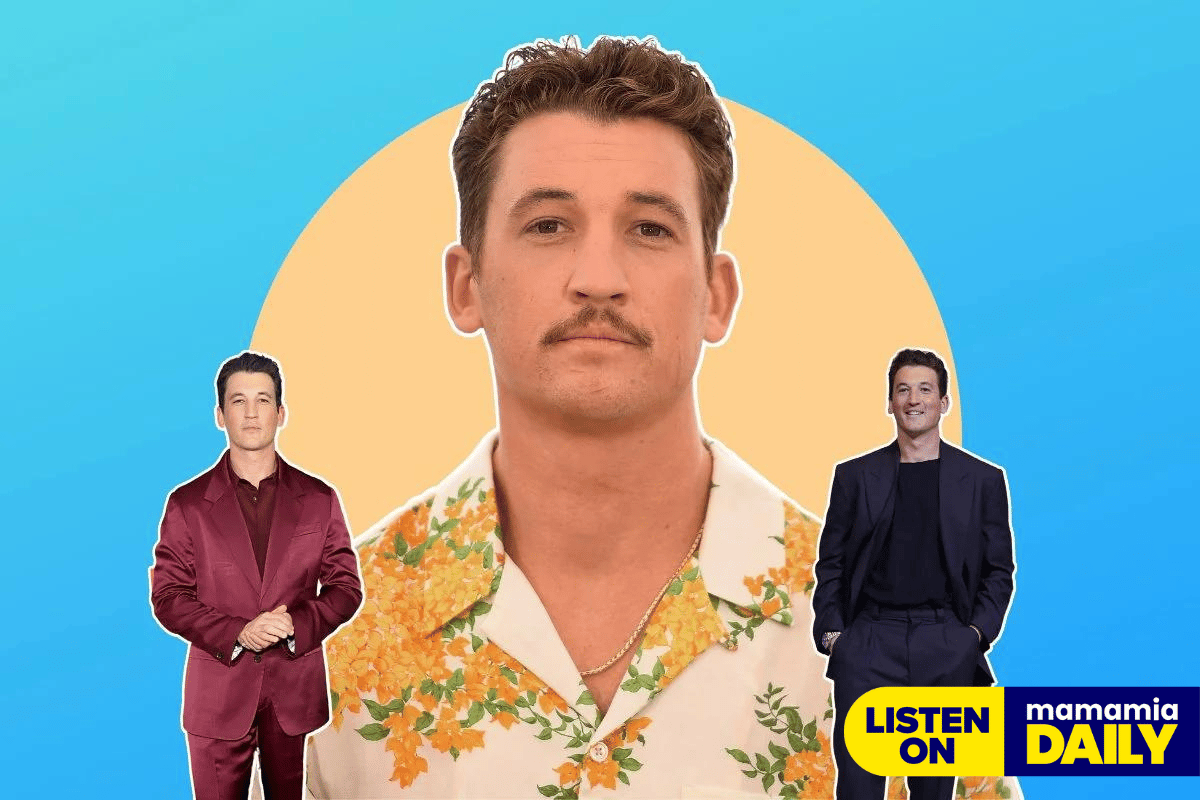 Listen to this story being read by Chelsea McLaughlin, here.

When music fans tuned in to the video for Taylor Swift song 'I Bet You Think About Me' in mid-November 2021, they had one, pretty unified gripe: its leading man.

The criticism flooded in.

"Yikes on the Miles Teller casting."

"Wish Miles Teller wasn't in it but he's playing a d*ck so I'll presume Taylor and Blake [Lively, who directed the video] were giving him a role they knew he'd be perfect for."

"I came to the comments to see Miles Teller getting dragged and I'm leaving satisfied." 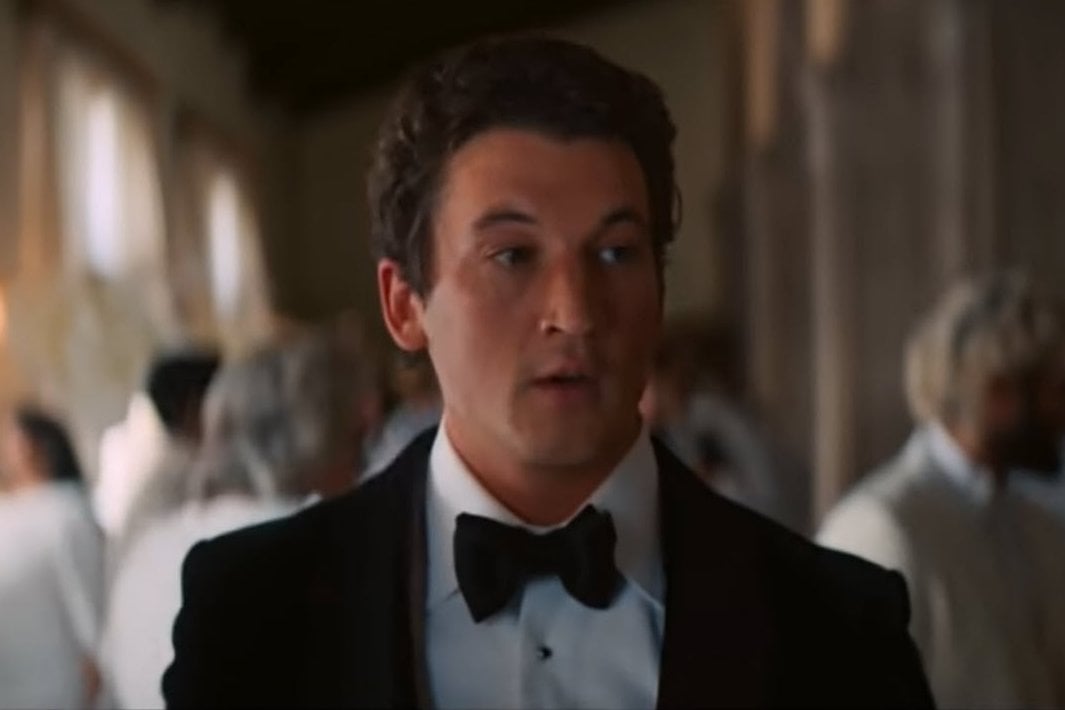 The response was rough, sure, but it wasn't unexpected.

Teller had for years been on the outs in the court of public opinion. It began with a now infamous 2015 Esquire profile, in which a journalist sat opposite Teller in a restaurant and tried to figure out whether he was 'kind of a d*ck'.

﻿By the end of the interview, she had decided he was.

This began open season. Other publications jumped, running stories with headlines such as '6 times Miles Teller was a total jerk (but don't call him that)' and 'Miles Teller on his well-earned douchebag reputation'.

Teller (obviously) disputed the characterisation, and later said the story made him feel "helpless" and "angry".

He knew that the average person, who read the article or were just told about it from a friend, would see 'Miles Teller is a d*ck' as the main takeaway. And he wasn't wrong.

Being an alleged 'd*ck' barely registered in a place like Hollywood, but the public seemed to take Teller's perceived attitude much more seriously.

With his most recent projects being the middling Divergent series and 2015's panned Fantastic Four reboot, there was no public goodwill for him to fall back on.

So for six years, that was the general "vibe" assigned to Teller. In response, he continued to work consistently but maintained a more low-key presence in media.

Then in mid-2021, production of TV series The Offer was paused due to a positive COVID-19 case on set. A few months later in September, the Daily Mail published an article claiming Teller had been the case, and that he was defiantly unvaccinated. 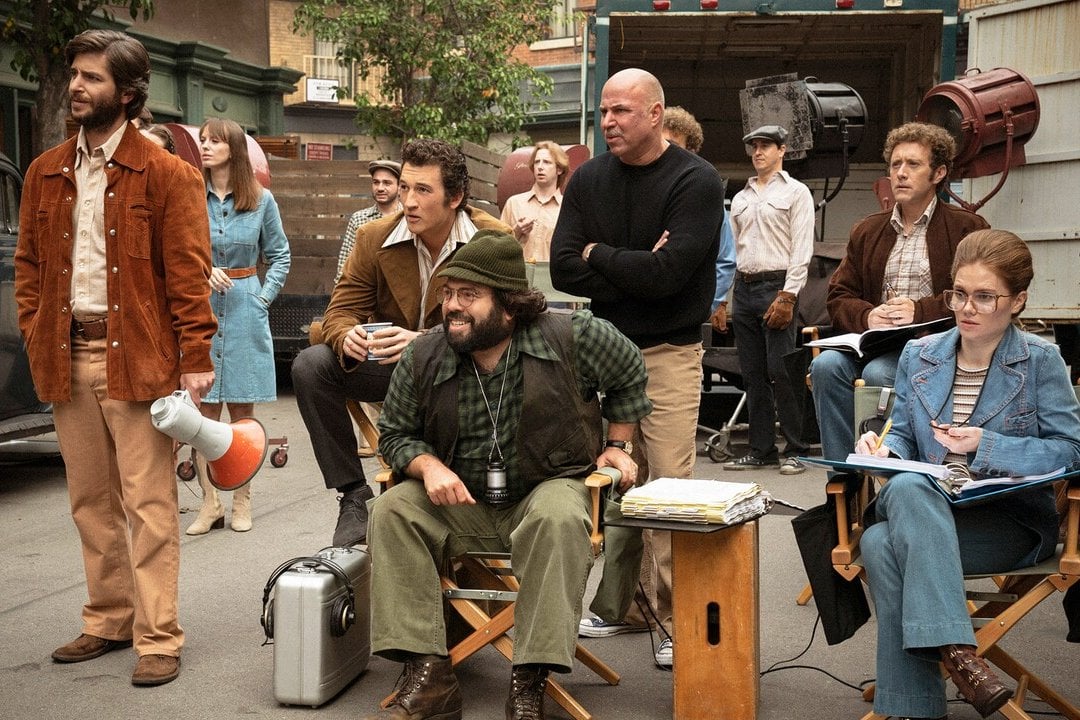 Teller in The Offer. Image: Paramount+.

His publicist said the report was incorrect, and other publications were not able to verify the 'anti-vax' claims. Even so, the story took on a life of its own.

The "d*ck" allegations had disappeared by this point, replaced by... well, not a lot of chatter about Teller at all. But this story had it all flooding back, tenfold given the heightened discussions happening at the time around the pandemic, vaccinations and politics.

It all meant that when he popped up in the opening shot of that Swift music video, people were shocked. And then appalled.

The outrage was so intense that Teller made a rare public declaration.

"Hey guys, I don't usually feel the need to address rumours on here but I am vaccinated and have been for a while. The only thing I'm anti is hate," he wrote on Twitter.

That tweet, in hindsight, marked the beginning of a switch in Teller's public persona. 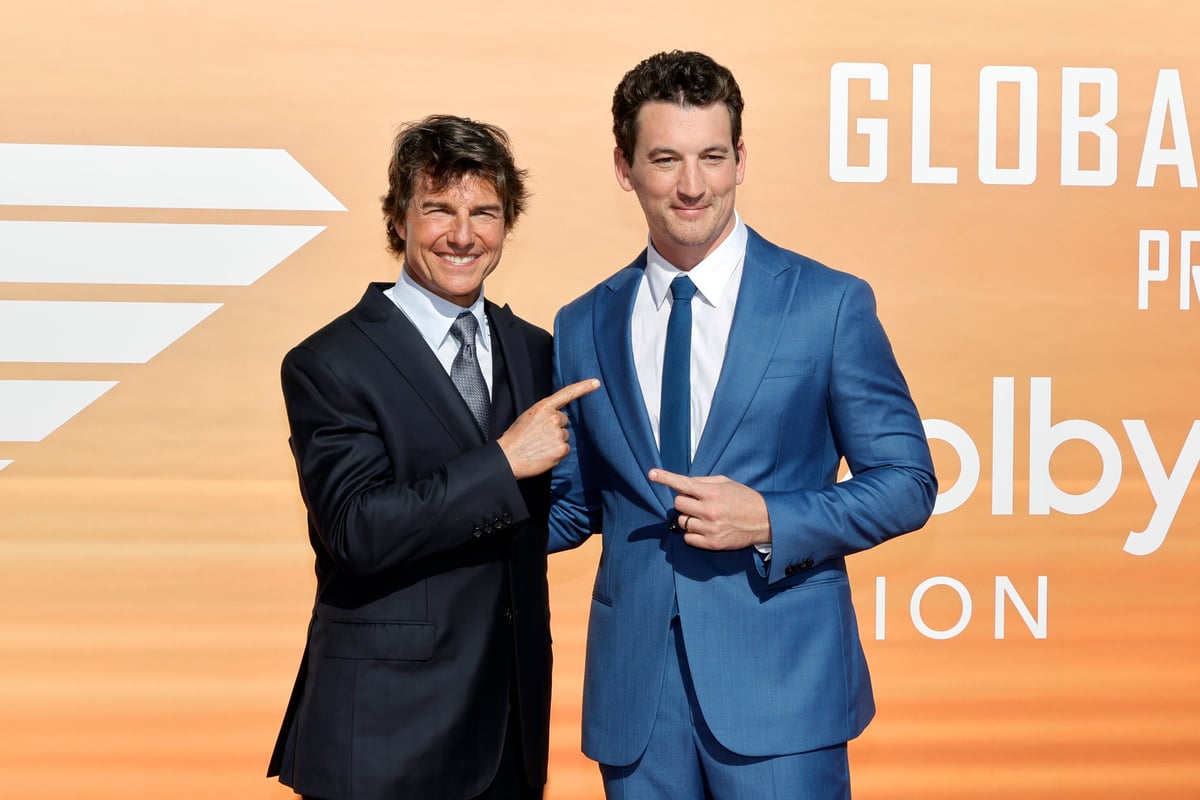 Soon after, Swift and Lively thanked and praised him publicly. Both are generally well-liked celebrities, and their support helped dampen the flames raging online about the music video's casting.

But the 'revival' of Teller's reputation (no Swift pun intended) has ironically been helped the most by the impacts of the pandemic on the entertainment industry, which has led to a series of his projects being released in quick succession.

On streaming, there is The Offer. The Paramount+ series has received bad to mixed critical reviews, but has been beloved by viewers - with a 97 per cent audience score on Rotten Tomatoes.

He also starred in Spiderhead, a recently released Netflix film alongside Chris Hemsworth.

Teller managed to build up a bit of mythology around him in regards to the Top Gun sequel, which is the highest-grossing film of the year and received almost universal acclaim.

There were the stories about Tom Cruise flying a script to Hawaii and later organising a trip to Florida to convince a hesitant Teller to sign on, and there are already mutterings of another sequel based on his character, Rooster.

Over the past few months, Teller has been doing back-to-back interviews to promote all three of his recent projects.

In these, he's taken a much more lighthearted approach than he had been known for in the past.

He has regularly joked about going shirtless in Maverick, for example.

In fact, the scene in the movie in which he dances on the beach took off on TikTok. Roll your eyes, but in 2022 nothing informs pop culture more than TikTok. Teller responded to questions about videos on the app by joking that his wife was enjoying it, eliciting even more positive responses.

Actually, he has talked about his wife a lot on these press tours, which appears to be another important part of the Teller rebrand.

He passionately answered questions about the Swift video too - which was unusual because typically junkets try to shut down questions not related to the project at hand.

It's essentially image rehab 101: laugh a lot, act chill, and talk endearingly about someone you love. Bonus points if you can get your name into a headline alongside one of the most talked about pop stars in the world.

The internet responded, with thirst tweets and fancams.

His reputation as a 'd*ck', whether it was justified or not, has been left in 2021. His publicist has definitely had a celebratory drink or two.

In just nine months, Teller has gone from social media pariah to the internet's man of the moment.

All it took was a pop star, a newly laid-back attitude and a shirtless beach scene.