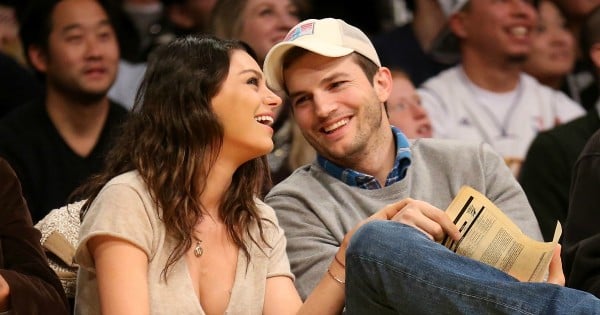 Barely a week goes by without us hearing about a breastfeeding mother being shamed for nursing her baby in public. But it seems that not even Hollywood superstars are immune to breastfeeding shaming.

Actress (and my husband’s current celebrity hall pass) Mila Kunis recently spoke to Vanity Fair on the Red Carpet of her new film, Bad Moms. She shared with them some insight into her role of mother to 21-month-old Wyatt, the daughter she shares with husband Ashton Kutcher, and says that as a breastfeeding mum, even she has experienced situations which made her feel uncomfortable.

Mila is currently pregnant with her second child and told Vanity Fair that she believes mothers should be able to feed their babies whenever and wherever they want.

“I support every woman’s choice in what she wants to do and whatever makes them happy, but for me, I did nurse my child and I literally breastfed everywhere,” Mila said.

“There were many times where I didn’t bring a cover with me, and so I just did it in a restaurant, in the subway, in the park, at airports, and in planes. Why did I do it in public? Because I had to feed my child. She’s hungry. I need to feed her whether it’s out of a bottle or out of my boob no matter where I was.”

But she says that in doing so, she was often on the receiving end of glares from strangers, who she believes thought she should cover up when feeding.

“It always made my husband and I feel a little weird. It took us a little back because people actually looked at us in a shameful [way], and we were like, ‘Oh my God,’ because it’s so not a sexual act. It didn’t matter to me what other people thought. That’s what I chose to do, but I think it’s unfortunate that people are so hard on women who choose to do it and do it in public. In the States and in our culture, we sexualize the breast so much that there’s an aspect of it that people just don’t know how to wrap their head around the idea of showing your breast in public. But I respect the opinions on both sides. If it’s not for you, don’t look.”

The US are severely hung up about breastfeeding. Australia has duely followed and introduced the chaff bag, aka cover up so baby is eating under a layer of blankets. I am on line with many US women and the views they have about women's bodies and dress standards etc are plain bizarre.

I'm just going to put it out there. I would sexualise Mila's breasts in most settings and I would be looking weird because I would be trying to scope her breasts without appearing to.