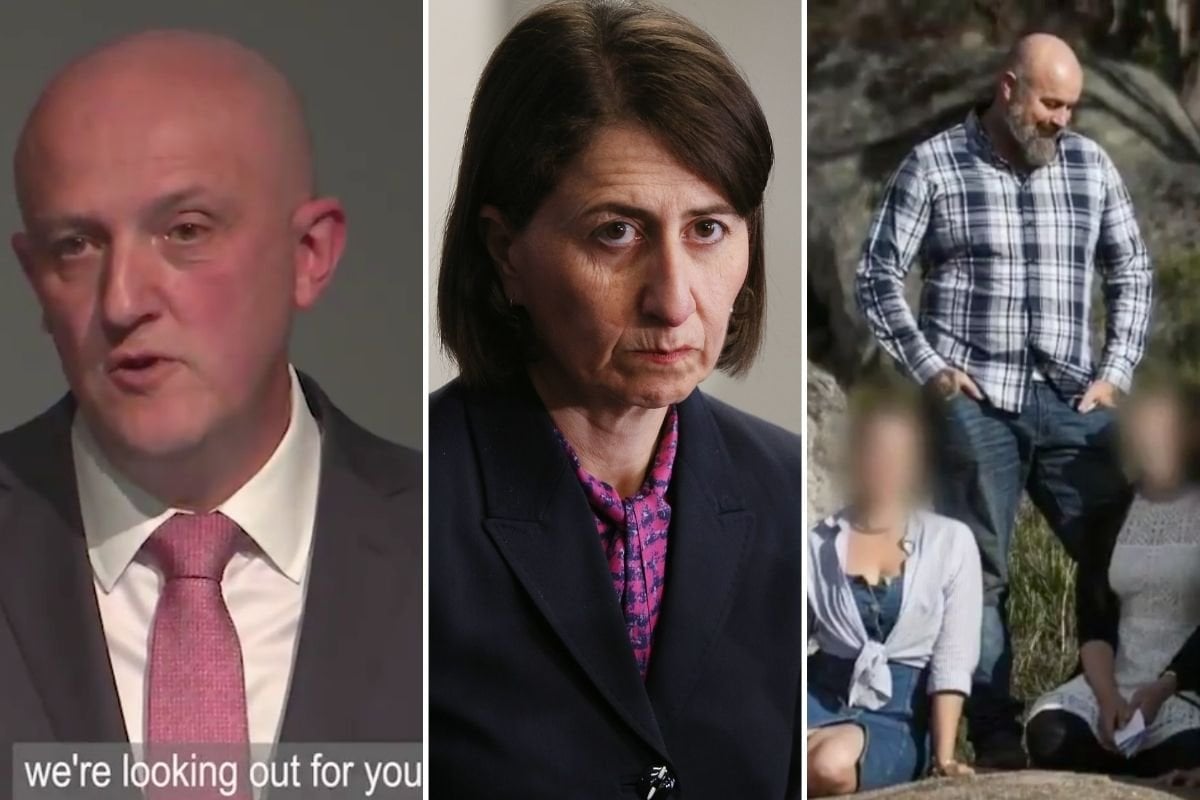 The suspect in the fatal shooting of eight people at day spas in and around Atlanta indicated he had issues with sexual addiction and the shootings "may have not been motivated by racial hatred", US law enforcement officials say.

Officials said that the 21-year-old suspect, Robert Aaron Long, appeared to have frequented the spas where Tuesday's violence occurred or similar ones, and that he was heading to Florida when he was apprehended, perhaps to carry out further shootings.

Six of the eight victims were women of Asian descent.

8 people were murdered at three #Atlanta massage parlors last night in connected mass shootings, 6 of the victims were Asian women.

"The suspect did take responsibility for the shooting," Captain Jay Baker of the Cherokee County Sheriff's Department told a news conference.

"It's a temptation for him that he wanted to eliminate," Baker added, referring to what he said were the suspect's sexual addiction issues.

US authorities are still looking into whether the attacks were inspired by anti-immigrant or anti-Asian motivation or some personal grievance, a federal law enforcement official told Reuters on condition of anonymity.

Many Asian-Americans have shared their anger at law enforcements' seemingly ignoring the element of race, with captain Jay Baker of the Cherokee County Sheriff’s Office telling a press conference Long "was pretty much fed up and at the end of his rope," adding, "Yesterday was a really bad day for him, and this is what he did."

In a disturbing press conference, captain Jay Baker of the Cherokee County Sheriff’s Office said that suspect Robert Aaron Long “was pretty much fed up and at the end of his rope,” adding, “Yesterday was a really bad day for him, and this is what he did” https://t.co/aPSZJaKrOi

A "nest" of foreign spies discovered in Australia targeting politicians, a foreign embassy and a police service.

Australia's domestic intelligence agency ASIO has shown the door to foreign spies numbering in "double figures" over the past year.

He said espionage and foreign interference continued to be levelled at not only the federal government but all Australian states and territories.

BREAKING: The Director-General of ASIO has revealed the agency has discovered a major network of foreign spies operating in Australia. The spies, who ASIO says are not from China, successfully recruited a government official who had access to classified defence technology. pic.twitter.com/FYaIcZxuE0

Last year ASIO investigated a "nest" of foreign spies - from a country not in Australia's immediate region - targeting relationships with current and former politicians, a foreign embassy and a state police service, he said.

"They successfully cultivated and recruited an Australian government security clearance holder who had access to sensitive details of defence technology," Mr Burgess revealed.

"In the last 12 months, a significant number of foreign spies and their proxies have either been removed from Australia or rendered inoperative,.

"I can't give you exact details for obvious reasons, but I'm talking about a number in the double figures."

A counter foreign interference task force has investigated over 30 cases, with the first charge laid in Melbourne last year.

Australia is sending 8000 vaccine doses to its northern neighbour, responding to a request for urgent assistance for the country's small health workforce of 5000 nurses and doctors.

Prime Minister Scott Morrison said it was in Australia's interest to help PNG.

"It is also true that the escalation of issues with the virus in PNG presents very real risks to Australia as well," he said, saying the risks were particularly high in Queensland and the Torres Strait.

"With the support of the PNG government we're making a formal request to AstraZeneca and the European authorities to access 1 million doses of our contracted supplies of AstraZeneca not for Australia, but for PNG, a developing country in desperate need of these vaccines."

David Ayres, country director with Marie Stopes PNG, which has nurses in 13 hospitals, told Reuters health workers throughout the country were falling ill.

He had received multiple reports from hospitals on Wednesday that between 10 and 25 staff had fallen ill and were off work.

"The health system here was fragile to begin with. Frontline health services are often delivered late, sometimes they can't be delivered at all, because of logistical or funding constraints," Ayres told Reuters by telephone from Port Moresby.

"When you have a tornado like this that rips into the heart of the health system the potential for a calamity is huge. That is what is scaring all of us at the moment."

Papua New Guinea has high rates of tuberculosis, malaria and HIV in the community and health workers fear if they are overrun with COVID cases treatment of these other diseases will suffer.

By Tuesday, PNG had reported 2351 cases and 26 deaths since the start of the pandemic, with half of the cases recorded this month, and 600 in the past week.

Former soldier and prison officer James Robert Davis has been refused bail at a court in Armidale on Wednesday, charged with slavery offences.

He's accused of keeping a woman as a slave from 2013 to 2015 at Maroubra in Sydney's eastern suburbs, but Davis' lawyer told the court while the case was "strange" it was "very defendable," pointing out that the 40-year-old's five partners supported him.

9News reports the prosecutor told the court the alleged victim had been forced to do sex work without payment, had her finances controlled, was kept against her will and physically assaulted.

A former veteran of the Australian Defence Force who was charged with "modern day slavery" has been denied bail. His five partners all came to Armidale court to support him and say their unusual relationship is consensual. @em_partridge #9News pic.twitter.com/EVcudZH7H1

Davis has previously said in a documentary that he's the leader of a cult called "The House of Cadifor" and "keeps female slaves who enter contracts and wear slave collars."

The NSW Upper House has again voted to refer Premier Gladys Berejiklian to the state's corruption watchdog over her former partner's dealings.

A motion moved by Labor and supported by the crossbench claimed the premier failed to declare a conflict of interest when dealing with road upgrades affecting former Wagga Wagga MP Daryl Maguire.

BREAKING: The NSW Upper House just voted 24-17 to refer Gladys Berejiklian to ICAC again. This referral relates to two more of Daryl Maguire’s schemes involving funding for the Cobb Highway near his investment properties in Ivanhoe, and land purchases by developers at Cawdor.

Ms Berejiklian revealed to an Independent Commission Against Corruption hearing in October that she had been in a secret "close personal relationship" with Mr Maguire for five years.

Ms Berejiklian was referred to ICAC over matters relating to Mr Maguire in November, and again on Wednesday referred over information that has come to light since the inquiry.

Ms Berejiklian met with Mr Maguire about an upgrade to a road more than 100km from his electorate, which runs past two investment properties he hoped to use as short-term rental accommodation.

Funding for the highway escalated significantly after Mr Maguire's meeting with the premier, Labor claims.

The premier also failed to disclose a conflict of interest over her involvement in planning the M9 Outer Sydney Orbital, it says, with Mr Maguire advising a business which bought land in the area.

"Mr Maguire stood to profit from both the upgrade of the Cobb Highway and from knowledge of the M9's route. He was the premier's partner at the time," Labor leader in the upper house Adam Searle said

"Why in both instance did the premier fail to declare a conflict of interest? Why did she fail to inform ICAC about either of these matters?"

Ms Berejiklian has told parliament she privately commissioned a review on February 18 to be conducted by former Sex Discrimination Commissioner and Liberal minister Pru Goward after hearing Brittany Higgins' story.

"Given the actions and courage demonstrated by Ms Higgins and the absolute horror all of us felt when she explained what occurred to her... I chose to take this action to make sure that we stress test every single practice we have in place," Ms Berejiklian said during question time on Wednesday.

"I want to make sure that every single staff member who works in this place, or works in the ministerial office or within the electoral office knows that they will be protected if they come forward with any level of allegation."

Opposition Whip Anna Watson criticised the premier for keeping the review a secret.

"I have women coming into my office from all over this parliament complaining about bullying and harassment," she said. "Why wasn't I consulted?"

An Australian-led team of scientists has reprogrammed skin cells to create a human embryo model in a discovery billed to fast-track research on early miscarriages and IVF.

The structure, known as iBlastoids, can be used to model the biology of early human embryos in lab settings.

Previously, studies of early human development and infertility were restricted by having to source scarcely available blastocysts obtained from IVF procedures.

"iBlastoids will allow scientists to study the very early steps in human development and some of the causes of infertility, congenital diseases and the impact of toxins and viruses on early embryos," Monash University Professor Jose Polo said.

"With further research and the right resources, this discovery could open up entirely new industries for Australia and internationally," said Prof Coppel, deputy dean of Monash University's medicine research faculty.

A World Health Organisation vaccine safety panel says it considers the benefits of the AstraZeneca COVID-19 vaccine outweigh its risks and recommends that vaccinations continue.

The WHO listed AstraZeneca and Oxford University's vaccine for emergency use last month, widening access to the relatively inexpensive shot in the developing world.

More than a dozen European countries have suspended use of the vaccine this week amid concerns.

The World Health Organisation and the European Medicines Agency (EMA) have said they have no reason to believe the AstraZeneca jab is unsafe https://t.co/PFhLsIyHi9

The European Medicines Agency (EMA) has said it was investigating reports of 30 cases of unusual blood disorders out of 5 million recipients of the AstraZeneca vaccine.

The EU regulator will release its findings on Thursday but its head, Emer Cooke, said she saw no reason to change its recommendation of AstraZeneca - one of four vaccines that it has approved for use.

The WHO said its Global Advisory Committee on Vaccine Safety is carefully assessing the latest available safety data for the AstraZeneca vaccine.

"At this time, WHO considers that the benefits of the AstraZeneca vaccine outweigh its risks and recommends that vaccinations continue," WHO said in a statement.

- Vladimir Putin will "pay a price" for directing efforts to swing the 2020 US Presidential election to Donald Trump, Joe Biden says.

- The Anti-Defamation League in the US says white supremacist propaganda, including racist, anti-Semitic and anti-LGBTQ messages, nearly doubled last year.

- Actor Johnny Depp's bid to overturn a ruling that he assaulted his ex-wife Amber Heard will be considered by the UK Court of Appeal.

- Syrian President Bashar al Assad and his wife Asma will soon resume their duties after recovering from COVID-19.

Reply
Upvote
2 upvotes
‘Yesterday was a bad day for him and this is what happened’
Police will go to any lengths to excuse white male perpetrators, as if murder just happens and they have no control over it. How horrifying.
R
rush a year ago