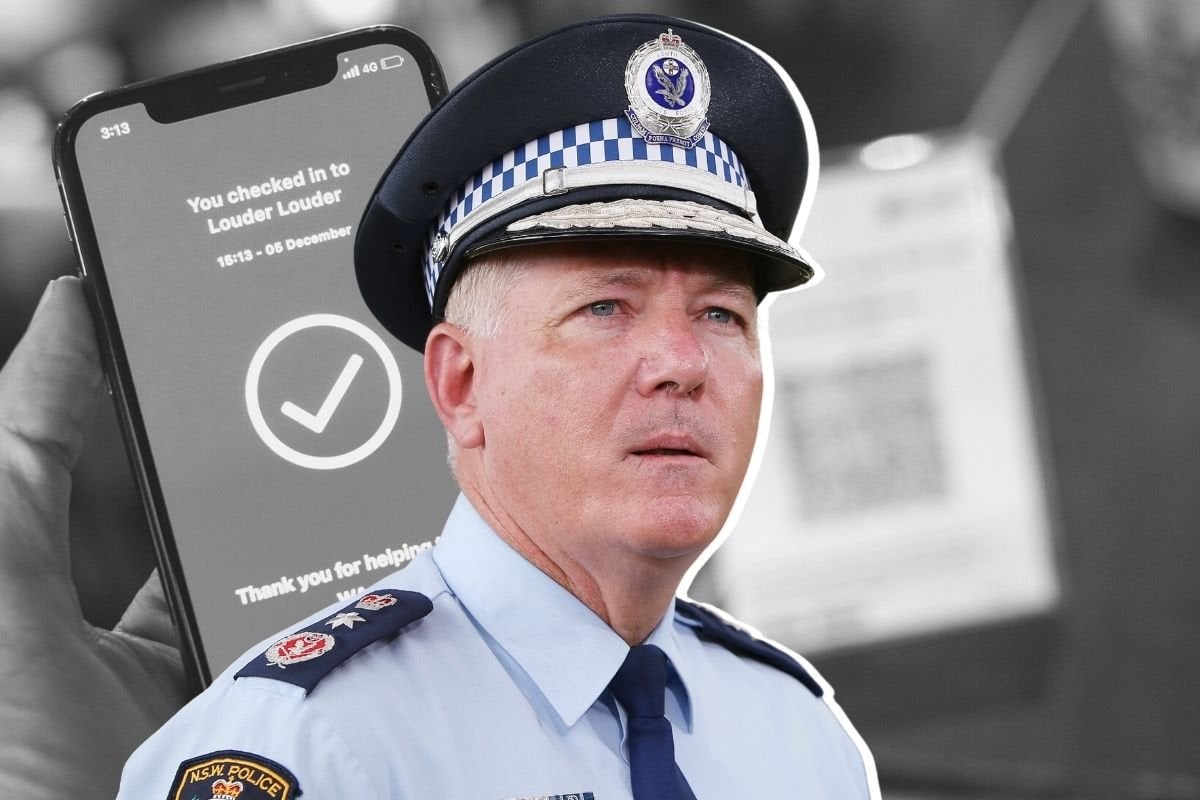 Australia is having a long overdue discussion about sexual assault.

Allegations of assault, rape and harassment have been emerging from within schools, workplaces and Parliament House as the growing conversation encourages more women to stand up and say "me too".

On Thursday The Daily Telegraph published an opinion piece by NSW Police Commissioner Mick Fuller, who wrote that "despite the best efforts of police, government and ­society, last year we received more than 15,000 reports of sexual assault. But men continue to get away with it — less than two per cent of reports lead to guilty verdicts in court."

Fuller noted that the challenges with consent being coerced or implied will only be fixed once we reshape the attitudes of men and the broader community, but in the meantime he's looking for more short-term solutions. That's his job after all.

"We need a discussion about innovative solutions and how we can gauge positive consent. Consent must be active and ongoing throughout a sexual encounter. Just as we’ve had to check-in at the coffee shop to keep people safe, is there a way ­consent can be confirmed or documented?" he wrote.

"People might think that sounds ridiculous but the idea we couldn’t dance at weddings, stand in a pub or cross a state border also sounded ridiculous until the cost of inaction was considered," he continued.

"You can’t walk into a shop at the moment without scanning in. Two years ago I would have said ‘You’re mad, I’m not doing that.’ Do we protect people ­dating by having a positive ­affirmation...in an app?" 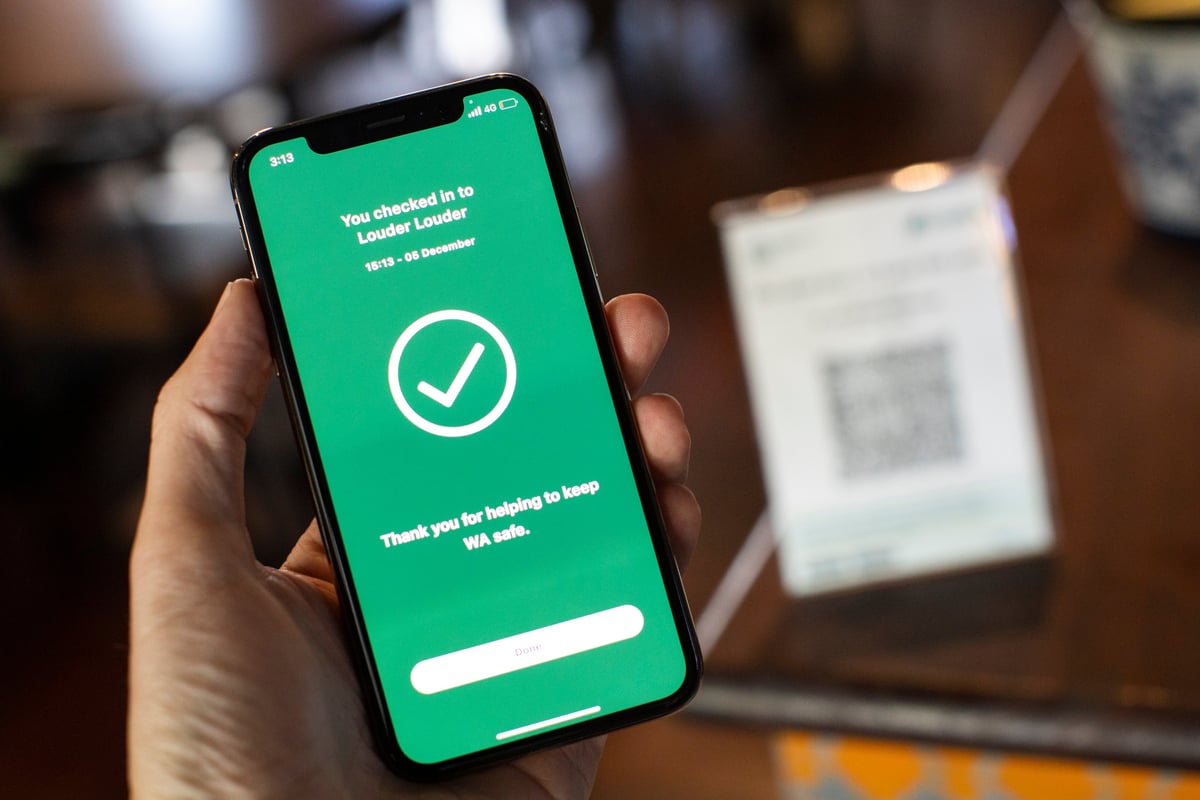 The backlash came in thick and fast.

Labor's police spokeswoman Lynda Voltz, pointed out that women could be coerced into ticking a box on an app. She told AAP it would make things even harder for assault survivors if the app were used as evidence of consent in criminal proceedings.

Women's Safety NSW CEO Hayley Foster said the sector had many evidence-based proposals for improving access to justice for sexual assault survivors, but the app was not among them.

"It's another example of governments not listening to women's safety services, women victim-survivors, women in general," she said.

Fuller was called ignorant and naive as his name on Thursday started trending on Twitter.

How tenable is it that Mick Fuller remains the most senior police officer in NSW? He's demonstrating an appalling amount of ignorance on something that is so, so important.

The creation of a consent app is problematic on many levels, but one of the most concerning is that the concept continues to centre the victimhood of an abuser rather than the consent of their sexual partner. Men still don’t get it.

Utterly astonishing that a Police Commissioner would so misunderstand the nature of consent and violence against women that he’d suggest an app to help address it. Imagine some of the fine police working in this area are tearing their hair out right now.

Greens' @jennyleong: "We need consent law reform, we need holistic consent education, we need to stop men feeling they are entitled to whatever they want, we need an independent complaints process, we need justice. We need equality. WE DO NOT NEED AN APP!!"

This consent app is designed to protect men, not women. It’s a very bad idea. https://t.co/D3SyFJiQHk

Appearing on Sydney radio station 2GB, Fuller conceded the idea might be “terrible”.

"The app could be a terrible idea, but maybe in 10 years’ time that will be seen as the normal dating [method]. If you swipe left and right and there’s another option if you want to have intimacy," he said.

In another interview with ABC Sydney, he said the app could be "the worst idea I have all year" but "intimate violence, particularly against women, is a real problem crime for us at the moment and we need to find a solution."

At a press conference later on Thursday, the commissioner defended the idea again while clarifying he believed the app could be used to keep sexual assault out of the justice system, rather than as evidence. He said his app idea was intended to "start a debate" and hopefully discuss some solutions, because he was witnessing firsthand how the justice system had been "overwhelmed" by the issue of consent. 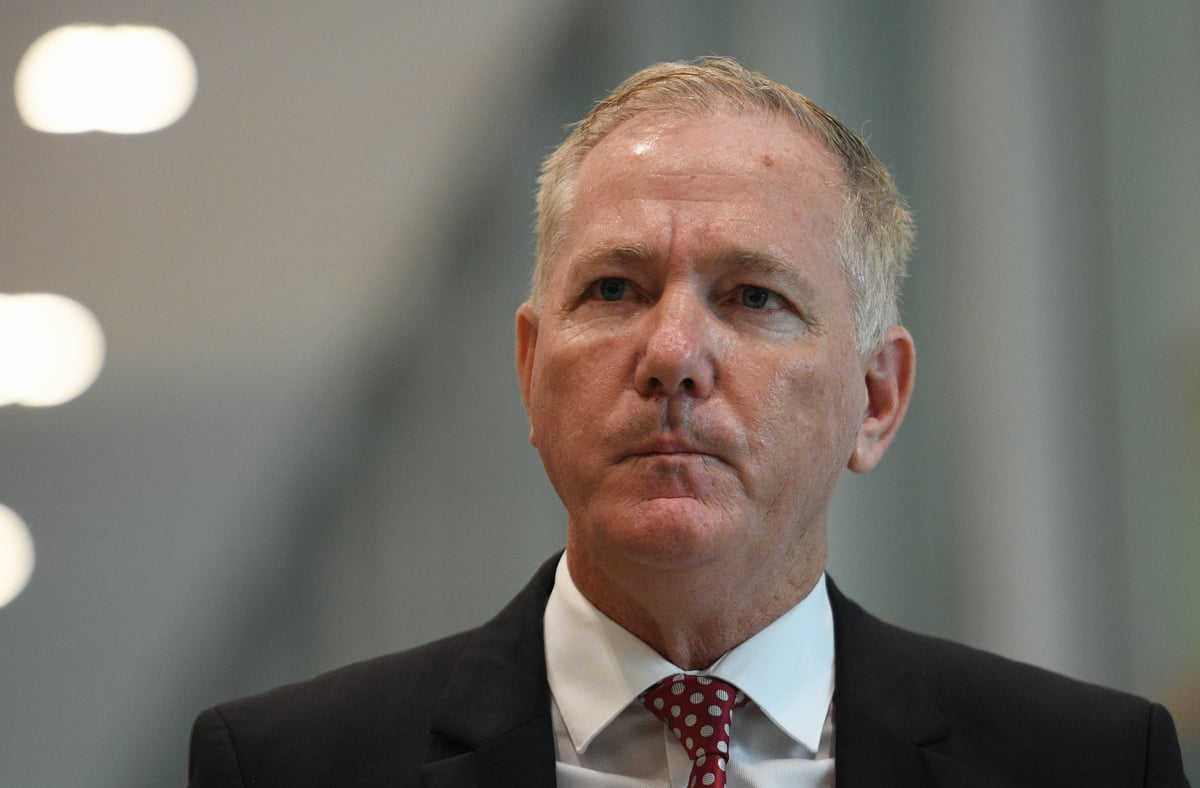 After a morning of interviews, Mick Fuller again defended his idea at a press conference. Image: AAP/Dean Lewins.

"There is a range of things I’d love to come out of this, and the app is not necessarily one of them, but starting the conversation is, and the app has at least brought this issue up and people are talking about it," he told the press conference.

"At the end of the day should I be embarrassed about protecting the women of NSW? I say no."

Whether you agree or disagree with Commissioner Fuller's idea. Whether you think it was misinformed or ignorant or exasperating or all of the above. Whether you expected more from a police chief in charge of our country's most populous state. It's all valid.

But let's not lose the momentum we have built since the 'March 4 Justice' rallies. Let's choose to focus on the end goal here: protecting the women of Australia.

Earlier this week, the NSW Greens introduced a bill to strengthen the NSW sexual consent laws with 'enthusiastic consent' a key principle of the bill.

The @GreensNSW will introduce a bill to strengthen the state's sexual consent laws, following in the footsteps of Victoria and Tasmania. #nswpol #7NEWS https://t.co/22rUrStF0f

The Victorian government has launched a taskforce to address sexual harassment in workplaces across the state through the development of a range of new reforms, including a mandatory incident-notification scheme.

The current discourse playing out is starting to result in our governments taking action. But we have a long road ahead.

Fuller himself wrote in his op-ed, "If a woman is brave enough to come forward, she deserves justice. There has to be a better way."

There are countless arguments against a consent app. And yes, it might very well be Fuller's 'worst idea of the year.' But there has to be a better way than our current reality because right now the system is failing women.

We need to keep brainstorming solutions.

R
rush a year ago
Reply
Upvote
1 upvotes
Jane Caro hit the nail on the head there. It's about protecting men, not helping women.
S
snorks a year ago
Reply
Upvote
No doubt the app in it's proposed form wouldn't work, but there's nothing to say that it won't work in the future, with suitable upgrades.
Technology is progressing all the time. Some sort of voice recognition would be able to tell if you were being coerced. That wouldn't help if someone removed consent after saying yes to the app though....
Continual recording during the act maybe?? Though that obviously has it's own set of problems.
A
anonymous a year ago
Reply
Upvote
5 upvotes
@snorks How about we just teach boys that sex is something girls or their partners might choose to share with them, rather than that it is something taken for granted that they are entitled to.
News
General
Opinion
True Crime
Politics
Sport
Explainer
Entertainment
Celebrity
Reality TV
Movies
TV
Books
Rogue
Royal
Lifestyle
Beauty
Fashion
Weddings
Home
Wellness
Health
Fitness
Travel
Food
Parents
Before The Bump
Pregnancy
Baby
Kids
Teens
School
Parent Opinion
Work & Money
Money
Finance
Career
Lady Startup
Relationships
Sex
Dating
Separation
Friendship
Family
Real Life
Couples